Today is the launch of Cycling UK member Dave Walker’s second book celebrating life on two wheels. We caught up with him to see how it all came about

It was around 10 years ago that best-selling cartoonist Dave Walker first began to put his pedalling ponderings to paper. Since then, his witty and thought-provoking illustrations have become a hugely popular and familiar sight to Cycling UK members, as well as the wider cycling community.

Dave released his first mammoth collection of bicycle-themed cartoons back in 2017. His latest book, From A to B: A Cartoon Guide to Getting Around by Bike, encompasses the usual combination of comedy and genuinely useful information. But this time readers can expect a slight shift in focus.

While volume one was about cycling in all its forms, there was greater emphasis on cycling as a sport. “So having used every single idea I had in the first one to do with racing or sports cycling, it just seemed an obvious thing to do something different,” Dave laughs. Jokes aside, he explains that his interest has moved towards cycling as an everyday activity in recent years. “And it’s been brilliant because I’ve had the chance to say all the things I’ve wanted to say about everyday cycling and safety and lots of issues that I didn’t touch on in the first book.” 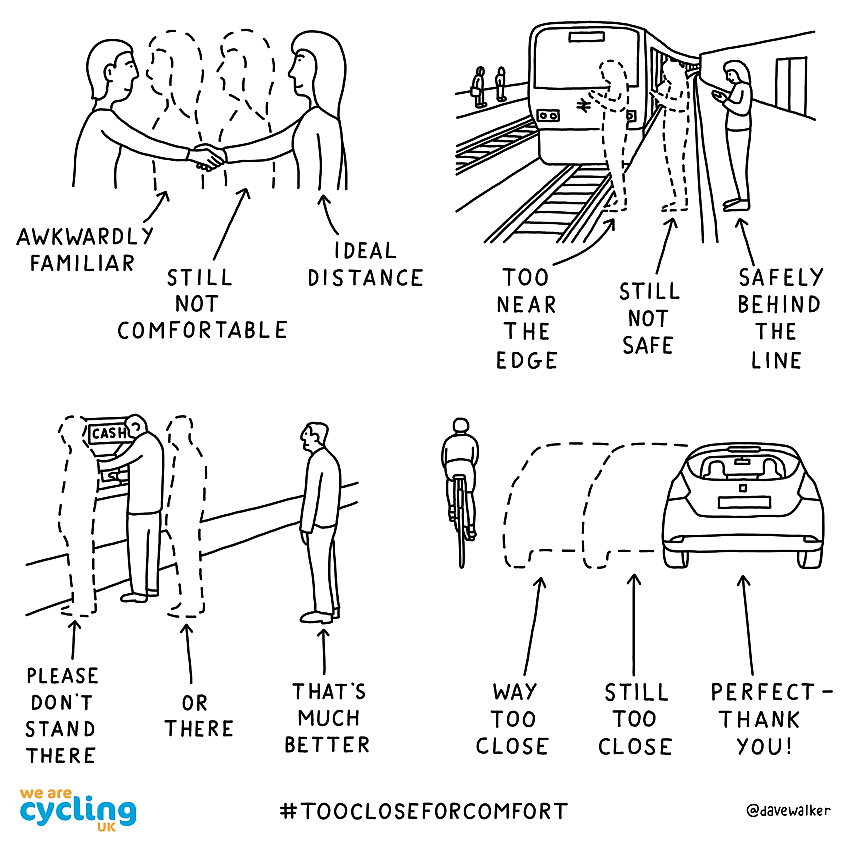 Portrait of a cyclist

While Dave only discovered his passion for cartoon creation in his early 30s, he has been a keen cyclist his entire life. As a teenager he got into the sports side of things and did racing for a number of years. “I was never particularly brilliant at it,” Dave says modestly, “but I really enjoyed it and so for a while that was the main focus.”

In the last 15 years Dave has cycled regularly and admits that, like many of us, he has purchased far too many bikes. He now mainly chooses to ride for local journeys around town and considers himself fortunate to have decent cycle-friendly infrastructure nearby. “I live in Basildon and there’s a reasonable network of cycle routes. It’s not perfect but I can get to most places without going on a road which is actually quite unusual”.

Naturally, Dave can’t resist donning his kit and reliving his club days from time to time. “Every now and then I dust off my road bike and go cycling with some friends who are far fitter and more active than me. I spend the day sitting behind them on their wheel just about keeping up while they wonder why I’m not coming through doing my turn at the front. But that’s sort of the exception these days.”

The art of campaigning

For Dave, there are countless benefits to choosing to cycle – whether for travel, exercise or fun. Not only does cycling benefit him personally, but he is also very aware of the impact it has on the world around him. “It ticks so many boxes – in terms of health, it’s a sustainable form of transport, in terms of climate pollution. It’s a good way to travel and it’s a good form of recreation. All of these things together mean it’s now something I don’t just enjoy for myself but I believe in as a really good thing for society generally.”

It is for these reasons that Dave has been a member of Cycling UK for the last few years. “I think it’s great to support an organisation doing something you believe in. The fact that Cycling UK is campaigning for safer routes – it’s a great thing for people to get behind and support.” He is also very grateful for the other benefits, such as Cycle magazine, weekly e-newsletters and insurance, which he says is “a useful thing to know that you’ve got if you ever needed it”.

Dave believes that we still have a long way to go in the UK which is why he stresses the need for improved infrastructure in his new book. “It needs to be taken seriously by politicians as a form of transport. Hopefully that will lead to the investment which is needed – not just tiny bits here and there that we’re seeing at the moment, but to really invest. Particularly with the climate crisis we face, it’s absurd the amount we’re still spending on huge road schemes. The money is out there, it’s just what it’s spent on.” 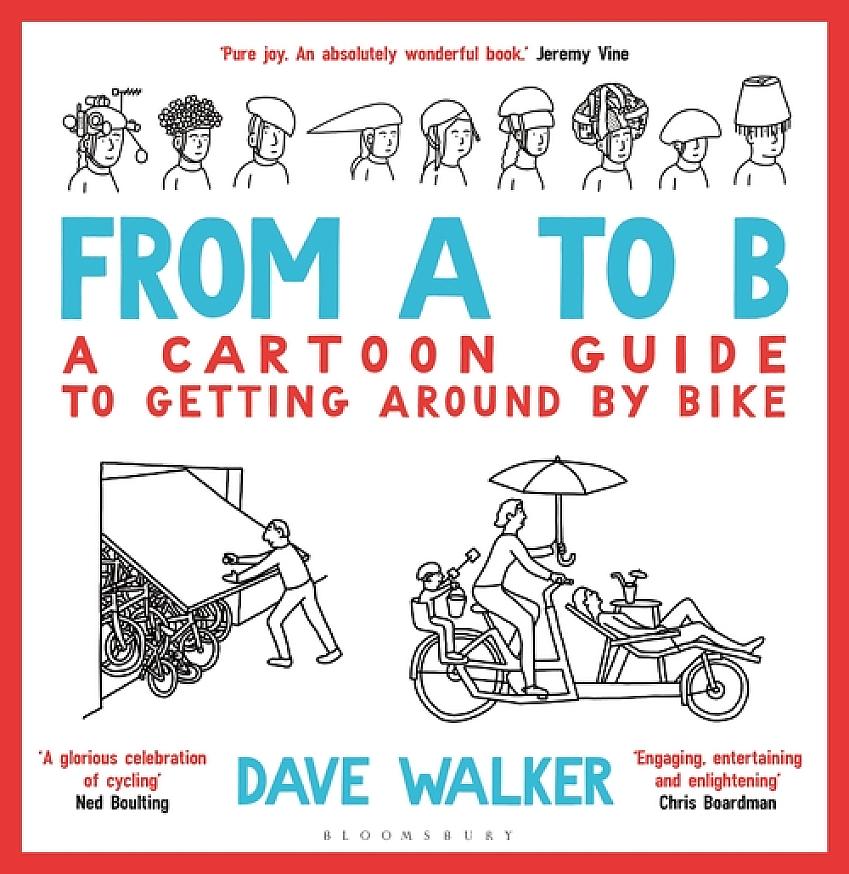 From A to B: A Cartoon Guide to Getting Around by Bike

Dave Walker’s second volume of cycling cartoons is bursting with over 100 pages of funny and powerful illustrations, highlighting the ups and downs of life in the saddle.

Inside you'll find handy advice for all types of riders – beginner, commuter, adventurer or anything in between. The topics covered include: motivation for riding up hills; different types of cycles and their various quirks; traffic and the problems people have on the road; some of the common debates around helmets and road tax. Dave also addresses cycling as a force for good and the need for better cycling infrastructure.

You can get your hands on a copy via Amazon UK, as well as other retailers listed on davewalker.com.

Can active travel and new housing live together happily ever after? View