Four women from The Adventure Syndicate pedalled 1000km between Boxing Day and New Year’s Eve 2019, in order to highlight the climate crisis. Now back in the UK, the intrepid cyclists have reflected on the peaks and troughs of their incredible journey.

The Adventure Syndicate braved freezing temperatures, punctures and major exhaustion for six days before they reached Copenhagen with an hour to spare on New Year’s Eve. 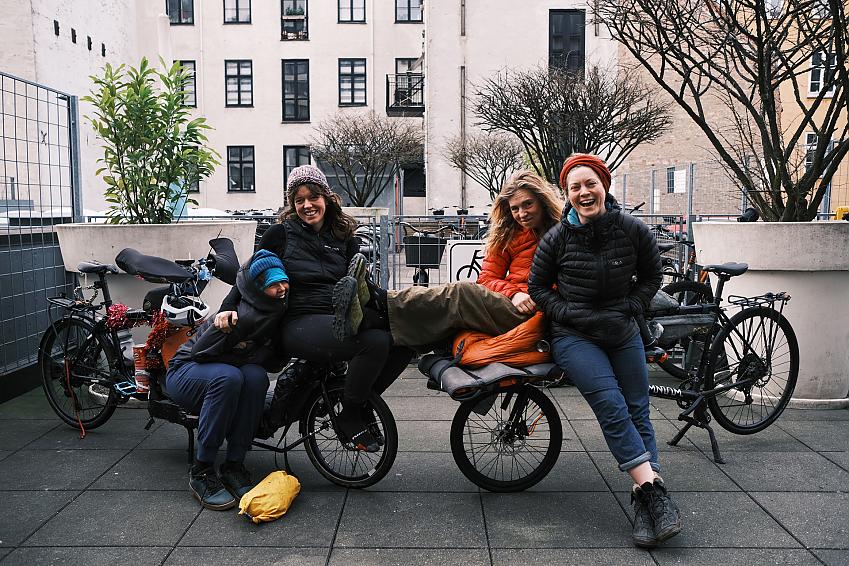 The cyclists - Scotland’s Active Nation Commissioner, Lee Craigie; round the world cycling record holder, Jenny Graham; Alice Lemkes and Phillipa Battye – were inspired to take on the formidable challenge in a bid to highlight the climate emergency and the importance of sustainable travel.

The four women took turns on two cargo bikes – with one partner resting in the front of the bike, while the other pedalled. The group only stopped for a couple of hours per day. 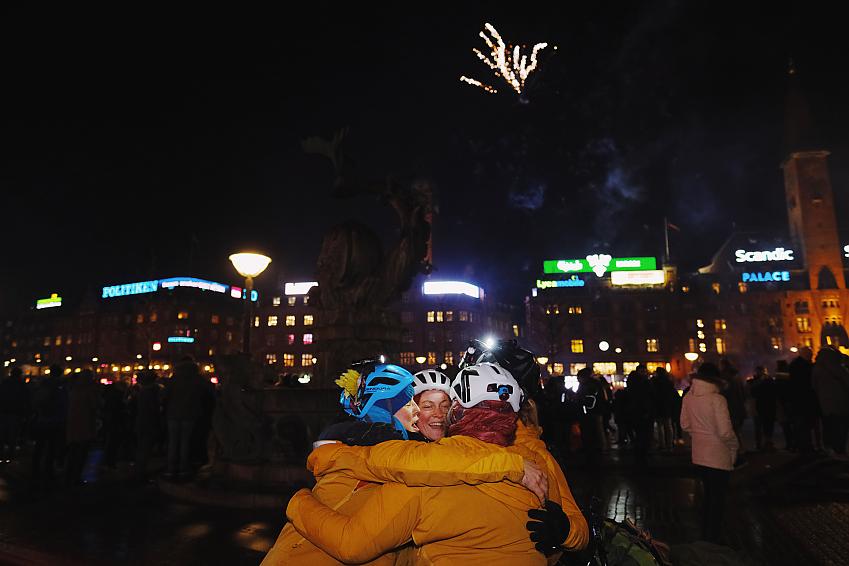 The cyclists celebrating at the finish line on New Year's Eve

One hour before midnight

They were over the moon to reach Copenhagen at 11pm on New Year’s Eve, finishing the Resolution Race just in the nick of time.

The riders left Edinburgh at 9am on Boxing Day on the Sustrans National Cycling Network (NCN), following NCN Route 1 round the coast to Tynemouth. 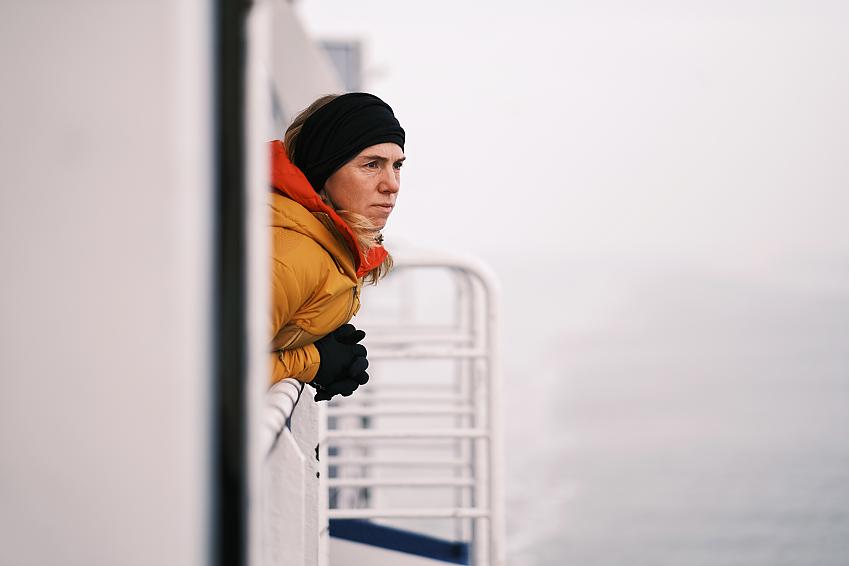 Lee enjoying views from the ferry

“We were all out of our comfort zones on this one,” Alice Lemkes explained. “We’re so used to operating as individuals, packing the bare minimum and feeling in control of our autonomy to eat, sleep, and ride when we choose.” 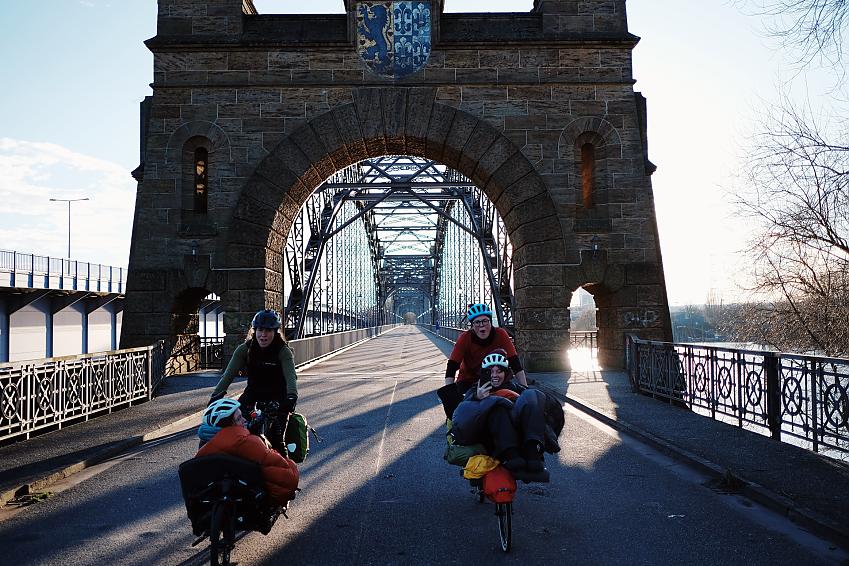 Can you sleep in a cargo bike?

The Resolution Race brought the global challenge we’re all facing with our climate into sharp relief. 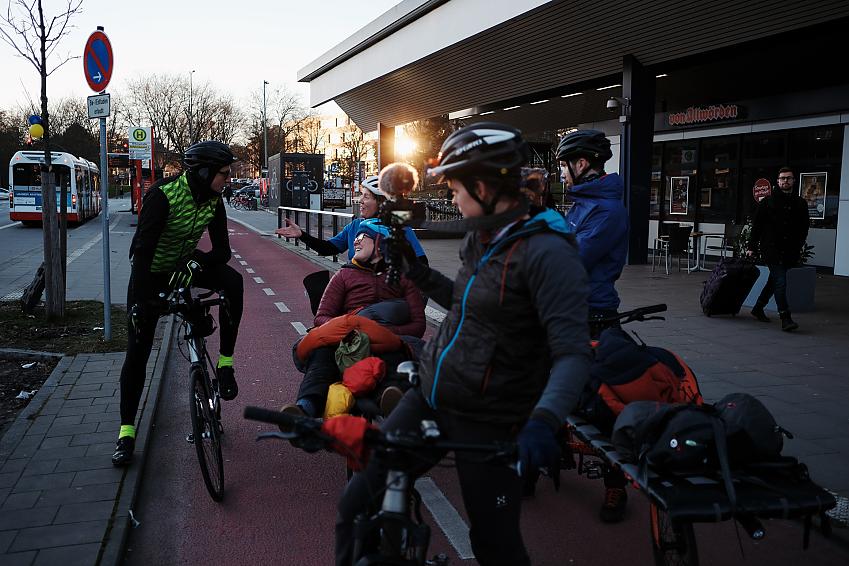 “But we discovered during this challenge that there is value in the doing. The way you feel in that moment when you’re making that change or taking that chance; liberated, focused and energised.” 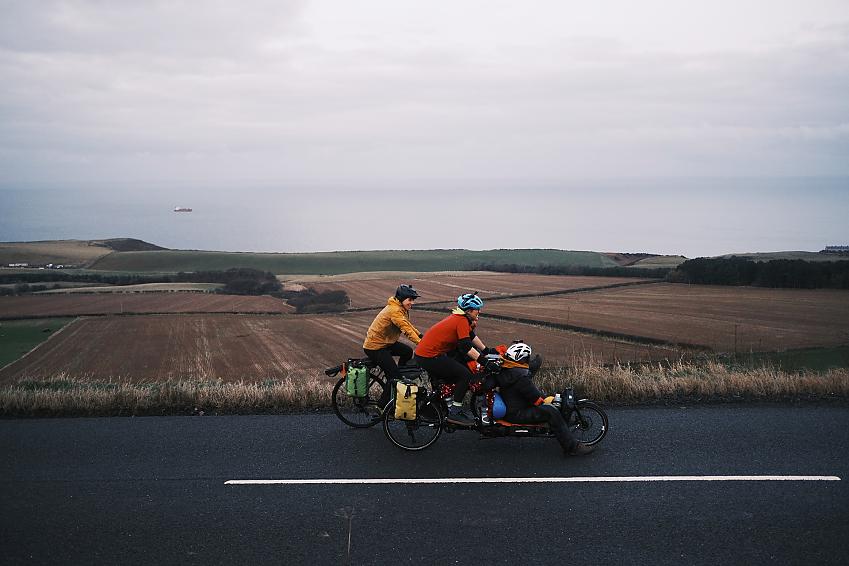 Alice agreed that despite the difficult conditions, support and friendship was what kept them going. “We are all inextricably connected to one another and the only way to make change, to achieve the seemingly impossible, to endure the difficulties and rise to global challenges is to realise this, and to work together,” she added.

“To cherish mutual care, to trust, and be bold, together. Turns out that attempting the seemingly impossible can be quite good fun too!”