Mavis Paterson at the finish line

An 81-year-old Cycling UK member has proved age is but a number after becoming the oldest woman to pedal from Land’s End to John o’ Groats.

Mavis Paterson, a grandmother from Stranraer in Dumfries and Galloway, completed the 960-mile route in memory of her three children, who all passed away within four years of one another in their forties.

Mavis set out on 30 May and completed the journey on 22 June, raising over £60,000 for Macmillan Cancer Support in the process. Mavis has supported the charity since her mother and sister died from cancer.

She describes the journey as being “extremely therapeutic” and decided to step up to the challenge to distract herself from the grief of losing her children. Mavis’s son Sandy died in 2012 after suffering from a heart attack, her daughter Katie passed away due to viral pneumonia in 2013, and her son Bob died in an accident in 2016.

It was the most difficult thing I have ever done. The most difficult part was on the third day when I wasn’t feeling well and there were so many hills. I struggled to cycle, and I was in tears.

Mavis’s powered through the gruelling journey, even as she became ill, fell off her bike four times and pedalled through near-constant downpours of rain. “It was the most difficult thing I have ever done. The most difficult part was on the third day when I wasn’t feeling well and there were so many hills. I struggled to cycle, and I was in tears. We were only doing 39 miles a day and were meant to be doing 50. I ended up doing 70 miles one day after being ill, I made myself do it,” she said.

When she crossed the finish line, Mavis couldn’t believe that it was over. “Coming to John o’ Groats, I thought gosh we’ve done it. The whole journey I was so tired. We had to cycle all the way in miserable weather, it was really tough.” 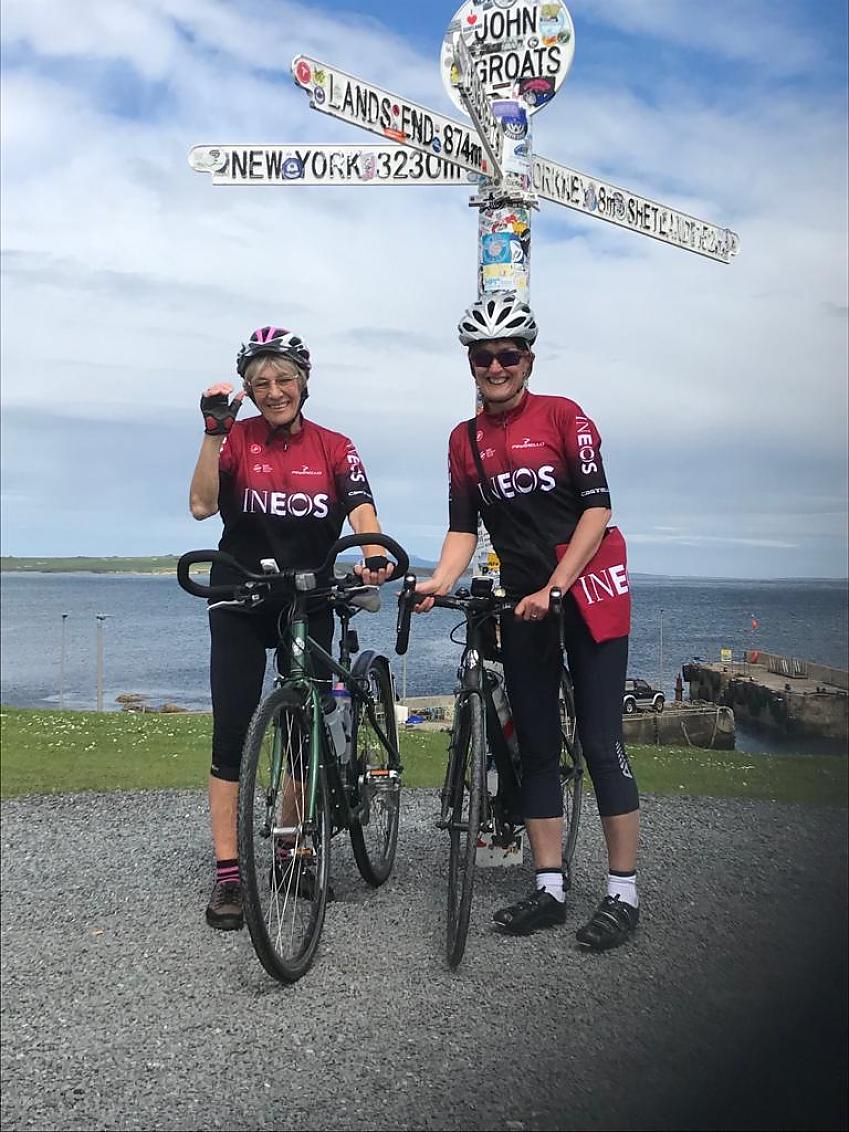 Mavis took up cycling at 53 after developing “wear and tear” in her knees as a keen runner. She then went on to cycle across Canada at 70, and in Australia – where she has covered around a third of the country.

Mavis was determined to complete her journey across the UK before receiving a hip replacement. “I’ve got no cartilage between my hip bone and I’m going into hospital soon to get a new hip, but my legs are strong!”

Prior to the journey she had a strict training regime, which involved cycling around 60 miles a day in Galloway. She also visited her niece in Brisbane and got up at 5am every day to cycle over the hills. 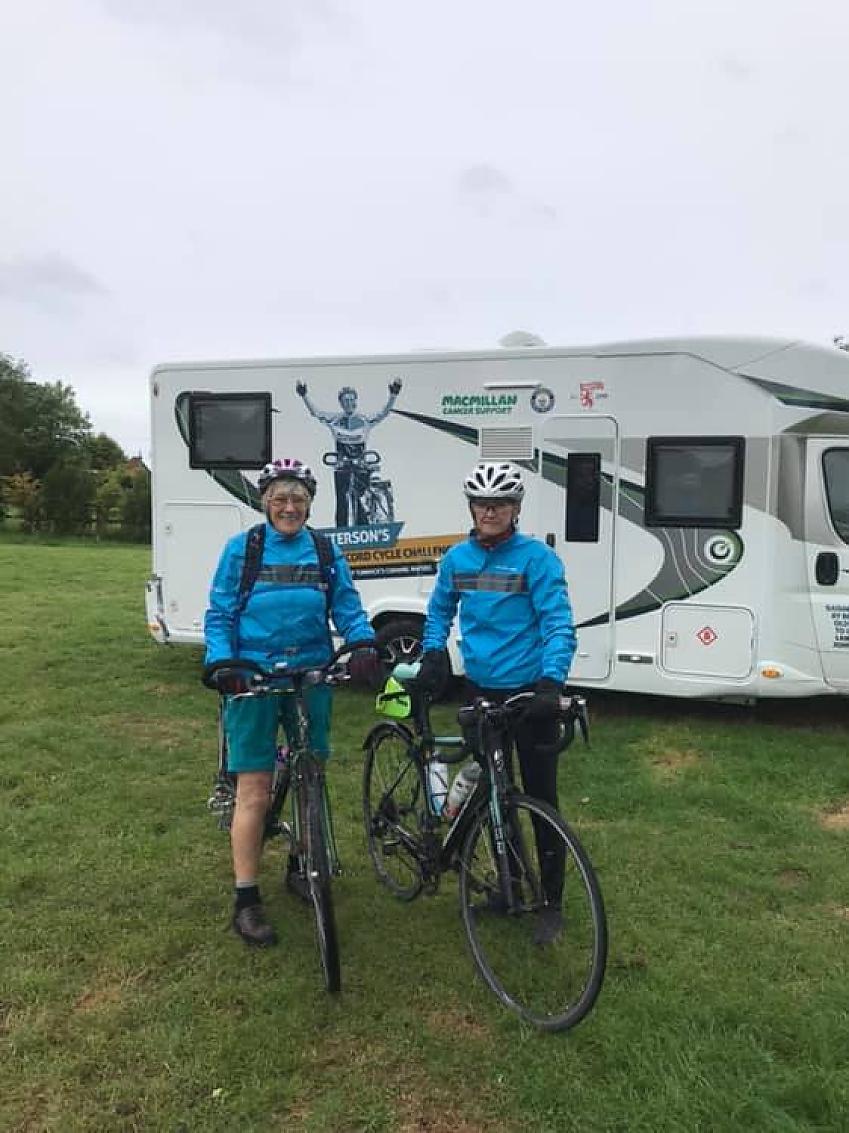 Mavis believes the most rewarding part of the journey was how therapeutic it was. She completed the trip alongside her cycling partner: 55-year-old Heather Curley, from Glasgow. “Heather and I have become great friends through the whole process. She really looked after me.”

Despite her success, breaking the record hasn’t gone to her head. “Everything is still the same back home; I still feel like myself. I’m still granny Mave, I’m just the same!”