One person’s luxury is another’s essential – it’s the beauty of humanity and touring. We asked members of the CTC forum to provide a little inspiration and had the office’s most distinguished tourers Julie Rand and Ian Taylor to pick their favourites.

The CTC forum is a treasure trove of useful advice for the cyclist, whether you are looking for tips on far flung places or picking up a bargain secondhand cycle. With Christmas and the season of treating yourself upon us, it was the natural place to ask cyclists what they truly appreciated on their travels as a luxury.

Reading through the suggestions, it was easy to recognise that for many you should not to underestimate the importance of a good book (in electronic or paper formats – points shared by our two reviewers too), a warming and rewarding tipple at the end of the day’s ride and a cup of good coffee to get the day started.

There were also some other corkers suggested (Greyingbeard’s suggestion of a “toothbrush - for one’s companion. Nothing worse than foul breath in yr [sic] face” was my personal favourite).

Picking their five favourites, I called on two of CTC’s most different and distinguished tourers, Julie Rand and Ian Taylor. 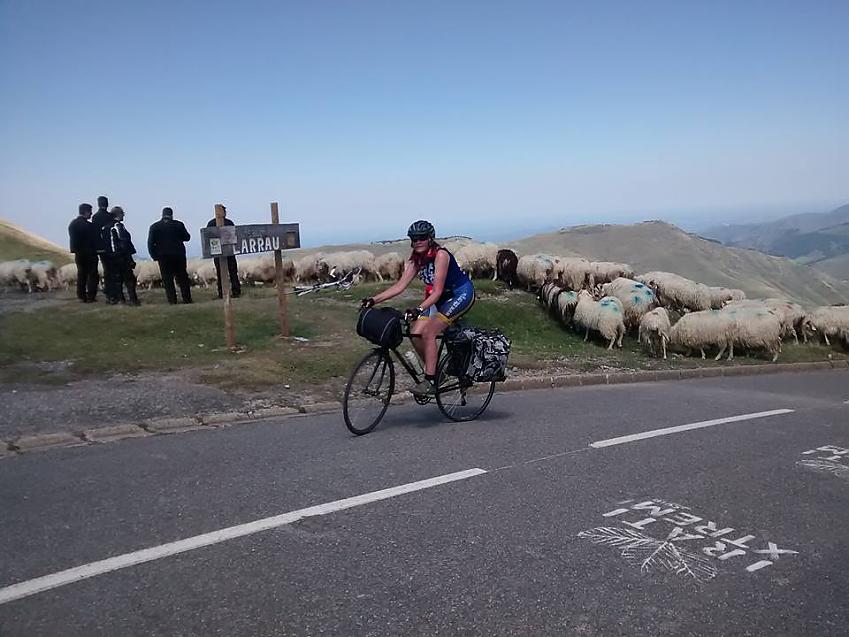 Julie takes to the Pyrennes

Julie will be familiar to many readers as the long term editor of Cycle Clips. You can usually find her taking to the trails of Surrey, but she’s also a keen tourer who has crisscrossed the Pyrennes and much of northern Europe, as well as of course travelling extensively in the UK. Before asking for her help in judging the submissions, Julie gave her own top 5 luxuries:

Reading through Forum contributors’ suggestions, simonhill’s case for an electronic kettle clearly resonated with Julie. A cup of tea is an essential luxury for Julie, and she’s been inspired to go off and find one ahead of her next trip. Foxyrider's suggestion of Haribo was another winner, though it did roam into the dicey realm of the differences between an essential and a luxury.

Echoing her luxury of an evening outfit, Dudley Manlove impressed Julie by abandoning his youthful Doc Martens and ghettoblaster and opting for civvies for the post ride lounging. Having found her tablet useful in a recent trip through the Pyrennes, Julie also voted for phil parker’s call for an ipad seeing it as a means to plot routes, provide entertainment and communication. MartinBrice chose local language courses as his second luxury and this too received Julie’s vote as a useful addition to any trip as well as providing potential entertainment! 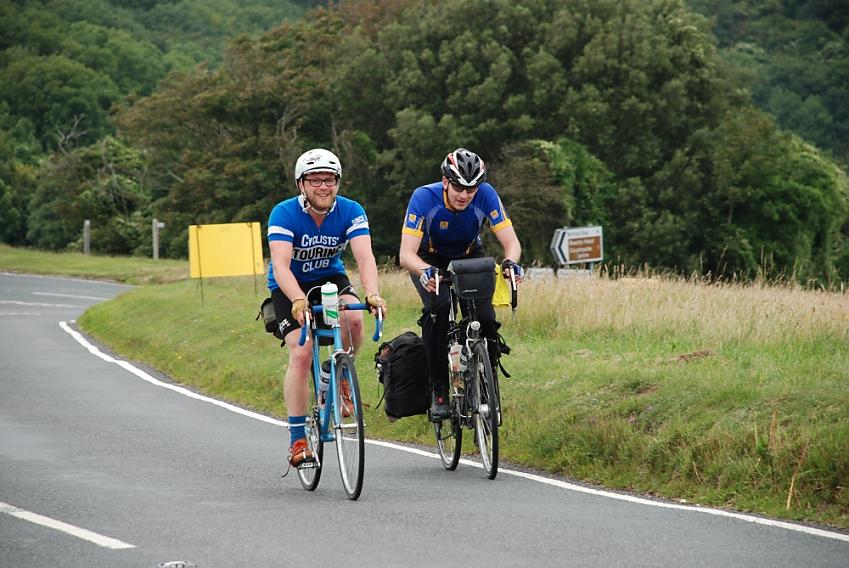 A different type of tourer to Julie, Ian Taylor is one of the unseen heroes of CTC who works tirelessly to ensure that our IT systems and more all run smoothly. Before moving to Surrey to work at CTC he lived in Kent, and in true tourer style took the opportunity of his interview at CTC to make a mini tour from Kent to Guildford. Similarly this summer, Ian fitted in in CTC’s stage of the Great Tour, Rye to Brighton, as part of wider camping tour of the South East and rode the route fully laden - in sharp contrast to everyone else! Ian’s personal top cycling luxuries are:

Many of the contributors called for a chair as their luxury item, and Ian could see the value of this as it would end the camper’s customary knee shuffle – he also mentioned that as he grew older the attraction to a seat would increase! Ian found PH’s proposal of silk pyjamas a very good one, saying while he might not opt for such a luxury at home, considering he uses a silk liner, a silk pyjama is a sensible with multiple uses (as well as an interesting sartorial statement in the campsite).

AndyB’s recommendation for taking a small game was also supported by Ian, who invariably takes a homemade backgammon set on his travels. Phil parker’s suggestions made it to the list again, with his suggestion of a quality sleeping bag, which Ian took to mean a down version for the ultimate comfort. Finally Ian picked willem jongman’s plug for the thermos, elaborating somewhat on the theme to suggest taking a Thermos mug. As well as the ability to stow away a hot drink for the morning, its ability to store a cool refreshing beverage such as milk made it a winner.

If you were to take all these things, you’d most likely struggle to pack the essentials (a topic worthy of a whole series of articles!) but hopefully they will provide some food for thought.

A big thank you to all the contributors – if you feel that your favourite luxury has been missed, then do head to the forum and add your suggestion.

Our favourite suggestion of a touring luxury summed up in the wise words of Bigdummysteve “...time, precious moments, snatched moments when you feel alive again. And Led Zeppelin....”