Formed late last year, Handsworth Community Cycle Club had its first opportunity in 2017 to get some proper Christmas planning in. Months ago, the club brainstormed how they wanted celebrate and give back to the community, and the consensus was to do something for a place special to many people in Birmingham: the children’s hospital.

On Saturday, December 2, nine members of the club set off on a festive ride, collecting money along the way. They started out at the Oakland Centre, riding on to St Philip’s Cathedral and then the hospital, finishing up with a visit to the Christmas lights in town, just as it was getting dark. The five-mile route took five hours because the group stopped for pictures and carol singing.

Simon Wade is Handsworth CCC’s dedicated club secretary and treasurer and one of its ride leaders – as well as whatever else falls into his lap, explained how the assortment of costumes drew in passing members of the public. 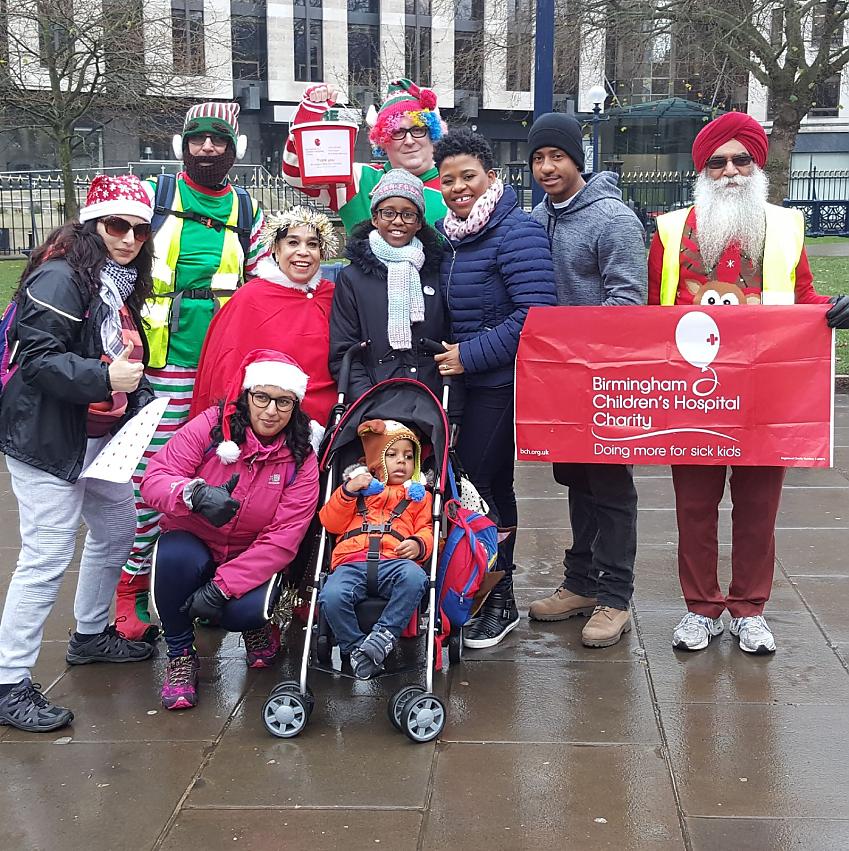 “I was dressed as Rudolph. My brother was an elf and Brian, the Ride Leader, was another elf. They actually looked like they were wearing pyjamas, which was quite funny.

“We dressed the bikes up too with lights and tinsel, as well as the club’s bike trailer, which members of the public could throw coins into, as well as some buckets provided by the hospital.

“The city was so supportive. Lots of people were taking photographs. At the hospital, lots of people standing outside to meet us, including some of the children who’d been allowed out to see us arrive. One little lad had been at the hospital for five weeks, and it was his first time coming back outside.”

For Sam Sahdra, another club member on the ride, it was a moving experience. She’s now a ride leader and a fully qualified instructor – but only learnt to ride herself last year, after never having a bike in childhood.

Sam said: “I just never did – there weren’t bikes around when I was little. When I bought bikes for my children I did think about learning. I asked my son to teach me but he said I was too old! I put it off for years then." 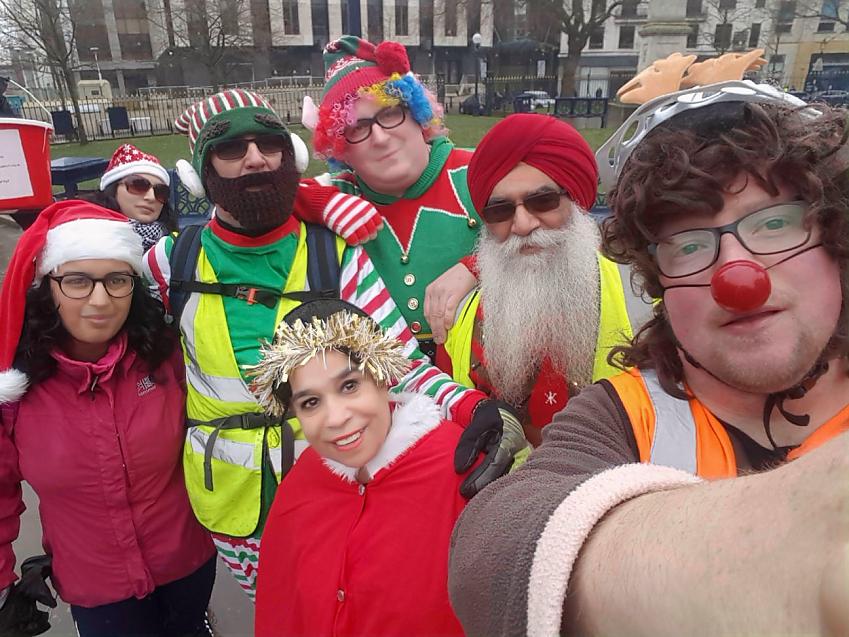 But when Sam stumbled across a local group that was teaching women to ride, she never looked back. Having the confidence to ride around a busy city for charity has been a real milestone.

Despite the rain it was wonderful. People were so generous and responded amazingly to the fact it was all for the hospital.

She said: “I was dressed in red cape with tinsel on my head and my ankles and all along my bike.

“Despite the rain it was wonderful. People were so generous and responded amazingly to the fact it was all for the hospital.”

In total, over £400 was raised for Birmingham Children’s Hospital, and Handsworth CCC already plan to go bigger and better next year.

Sam proves it's great to start cycling — at any age View

DJ Dixon shares her passion for cycling around Birmingham View