Touring cyclists and bikepackers travel on their stomachs: after a long day in the saddle it’s essential to refuel.

To do so while camping you’ll want a stove – unless you’re willing to eat cold food or dine out. The best choice of stove depends on where you’re heading (domestic or international?), what sort of cook you are (boil in the bag or camp chef?), and, of course, weight and space limitations.

There’s an array of different fuels you can burn, from alcohol-based ones such as methylated spirits through to aviation fuel.

Most stoves are fall into one of the following camps: multifuel (petroleum varieties), gas (canisters) or liquid fuel (alcohol).

In the UK, canisters are popular and easy to find but not cheap. These stoves are much lighter, cleaner and easier to use than their more versatile multi-fuel brethren. They’re great for trips in the Western hemisphere – but finding fuel in far-flung places can be a struggle. 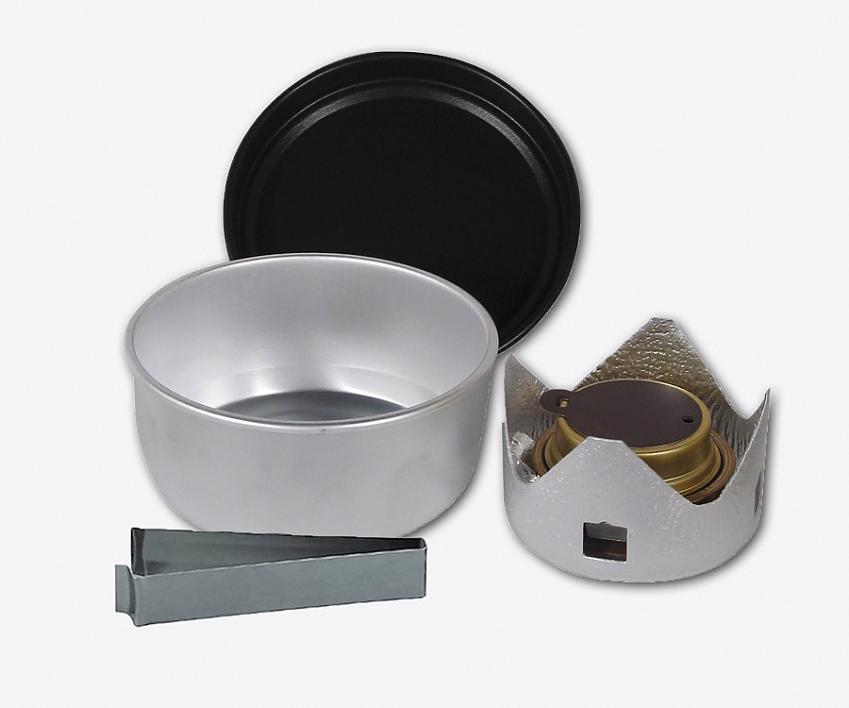 At 330g the Triagia stove is the heaviest here, although that includes an 800ml saucepan and separate frying pan. It burns alcohol so is cheap to run but don’t expect a swift cuppa: it took close to 20 minutes to boil 700ml of water. It’s stable and has a wide flame base, and with a bit of experimentation you can get good control. I’ve made a risotto for three on it. It’s silent too, which is great if you want to chat while cooking. The flame can have a mind of its own, so make sure to keep combustibles away when cooking in even a light wind.

Verdict: Silent, simple and versatile, it’s slow but sure. 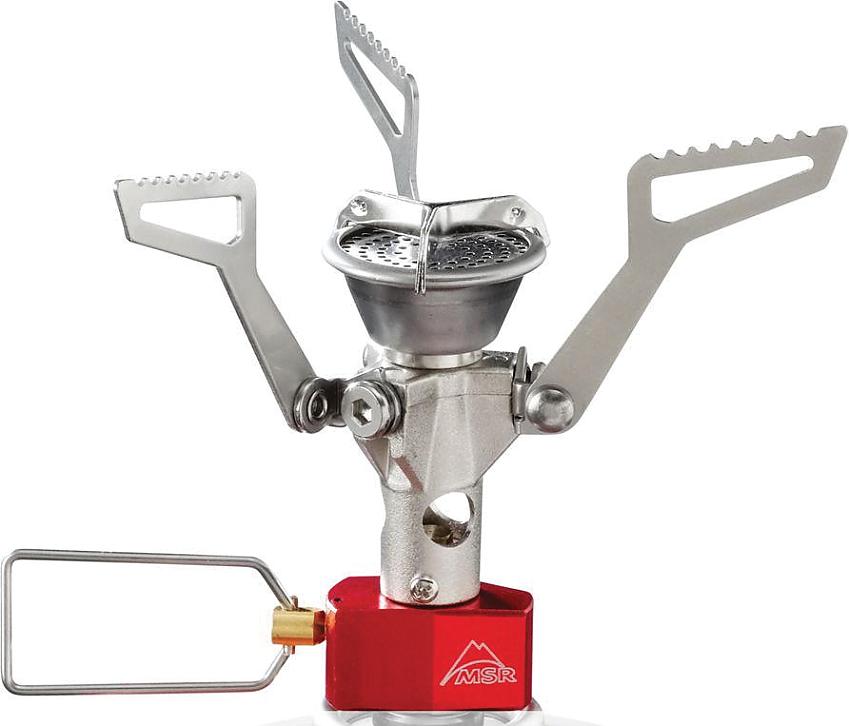 The lightest of the stoves at 73g, the PocketRocket 2 lived up to its name and boiled 700ml in 4 minutes 51 seconds. Like a portable Bunsen burner at its fiercest flame, it was the loudest of the stoves I tested. Small, solid and compact, the three arms fold innovatively around the body and snap out to support your cooking pot. Be vigilant if using a large canister and a tall pan as it can be unstable even on the flat, particularly when boiling vigorously. The innovative wind function works in all but a gale but with the heat concentrated in one area, delicate cooking is tricky. 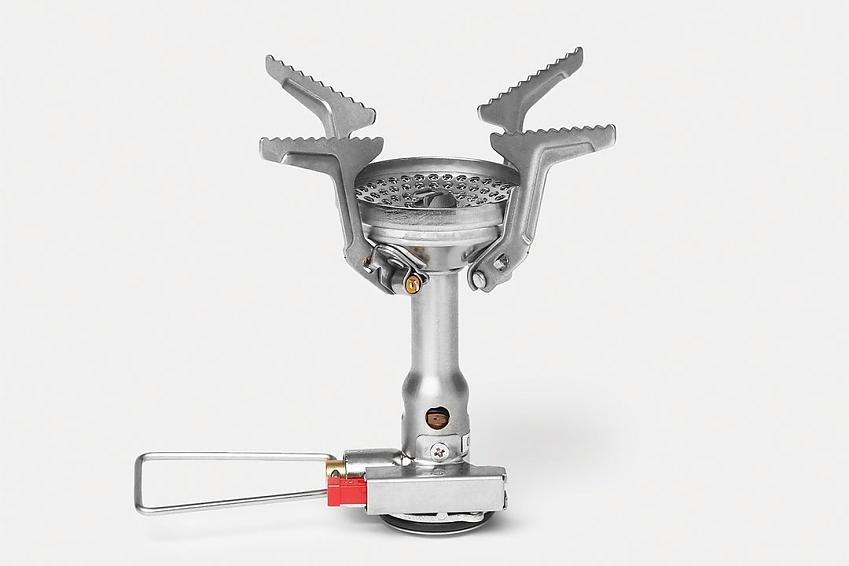 At 81g, it's slightly heavier than the PocketRocket. The Amicus felt a bit more fragile, though it survived jostling in my saddlebag. It took 6min 10sec to boil 700ml of water; it’s not as fierce as the PocketRocket but with a wider jet you’ve more cooking control. Like the PocketRocket, it suffers from stability issues on uneven ground or with large pans. The inbuilt igniter worked impeccably, although you can buy it without. The Amicus Stove and Cookset Combo – which includes a 500ml and 1000ml pot-set – is £70 from Cotswold at time of writing. 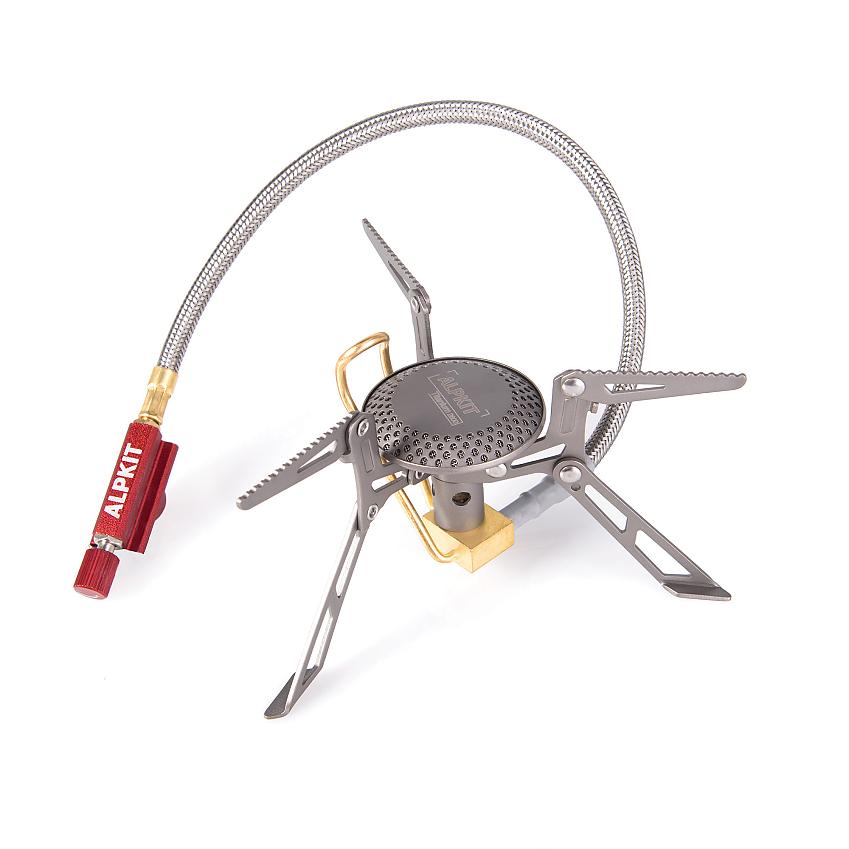 Unlike the other stoves, the Koro (124g) is separated from its fuel source by a fuel line. The three retractable legs and low centre of gravity means it was the steadiest stove I tested when the pan was placed on it. If cooking in woodland or a field, clear combustibles away as the flame is low and can scorch the grass. A wide flame base means there’s less of a heat spot, and the controls allow for easy simmering. It’s a bit slower than the PocketRocket and Amicus, boiling 700ml of water in 6 min 44 secs. Like all canister stoves, it struggles a bit in sub-zero conditions.

Verdict: A good design but I’d like more oomph from a canister stove.

While there’s not much between the PocketRocket and Amicus in terms of weight and performance, the MSR stove feels more robust. Self-igniters are great until they break, and the arms of the Amicus didn’t feel as solid as the PocketRocket. On a bikepacking trip, where I’m less fussed about what I cook and more concerned with ease of use, I’d pack the PocketRocket.

Alpkit’s Koro is a great little cooker but feels slow compared to its gas-guzzling cousins. My favourite is the Trangia: it’s a versatile cooker that can’t go wrong so long as you have fuel. For a stove and cookset at £32, it’s a bargain. Meths is cheap too. 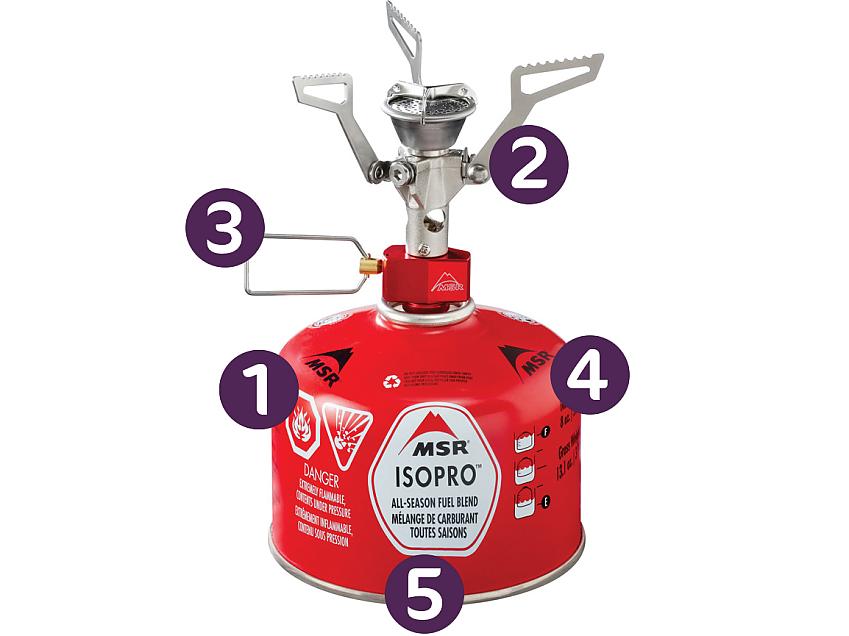 Travelling light is important for cyclists just as it is for backpackers. You’ll easily find stoves under 100g, so if you’re the sort that packs half a toothbrush on your trips you should be well catered for. Multi fuel stoves usually weigh more but offer greater versatility.

Lightweight means small, with most of the bulk likely to be taken up by your fuel and pan. If space is an issue, try finding a pan that fits both stove and canister inside it.

Think about what you want to cook on the go. Are noodles fine or do you want a risotto? Stoves are not all equal when it comes to cooking.

Canisters are convenient but disposal is difficult. They don’t work well in the cold and are expensive if you’re planning on regular use. Liquid fuel takes longer to cook with but is cheaper to buy and more readily available. Think about what’s most important to you.

Stable stoves make happy (and unscorched) campers. If you’re going for a canister-based stove, consider investing in a canister stand.