This Mother’s Day, Cycling UK is shining a spotlight on some of our incredible 100 Women in Cycling who deserve to be celebrated

The modern version of what we know as Mother’s Day can be traced back to Philadelphia, United States in the early 1900s. Anna Jarvis held a memorial service at her local church for her late mother who had organised women’s groups to promote friendship and health.

In Britain, Mothering Sunday dates back to the Middle Ages when people who had moved away from their homes were permitted to visit their mothers on Laetare Sunday, the fourth Sunday of Lent.

Looking even further back, the ancient Romans and Greeks held festivals to honour mothers and mother goddesses.

Whether we call it Mothering Sunday or Mother’s Day, you can find some form of celebration in nearly every country in the world, honouring and recognising the amazing women in our lives.

Not all the women on this list below are necessarily mothers, but they are all women who inspire the next generation. These are just some of the amazing women that Cycling UK has celebrated as part of the 100 Women in Cycling, view the full list. 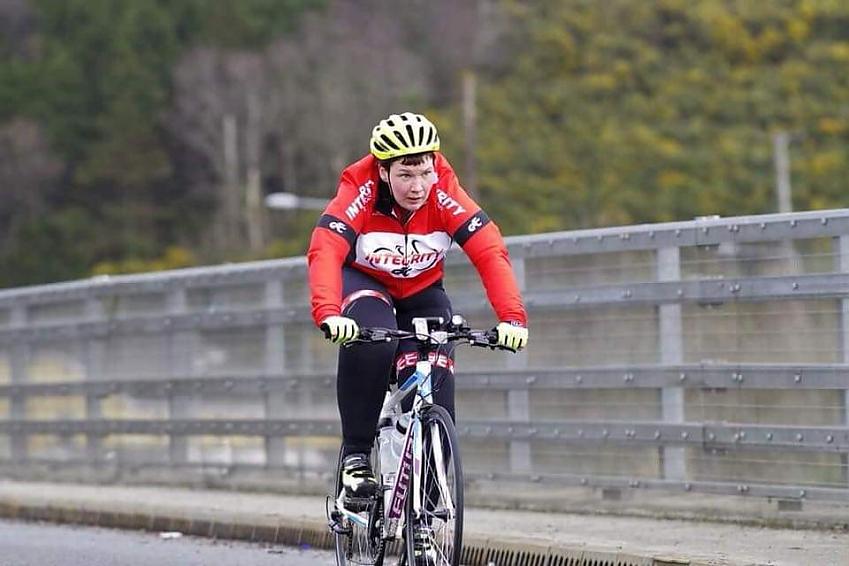 After being diagnosed with Multiple Sclerosis (MS) seven years ago, Annmarie took up cycling and decided to cycle from London to Amsterdam, despite not owning a bike. She joined her local club, Integrity Cycling, to help with her training. Since then, her involvement with the club has flourished, filling various club roles and establishing women's only road rides. Despite constant pain, cycling helps keep her body and mind strong in the face of MS.

Annmarie was nominated by Jeanine Toner who said: "She doesn't just promote cycling; she shows people that it can be done in the face of adversity when a disease is trying to stop her." 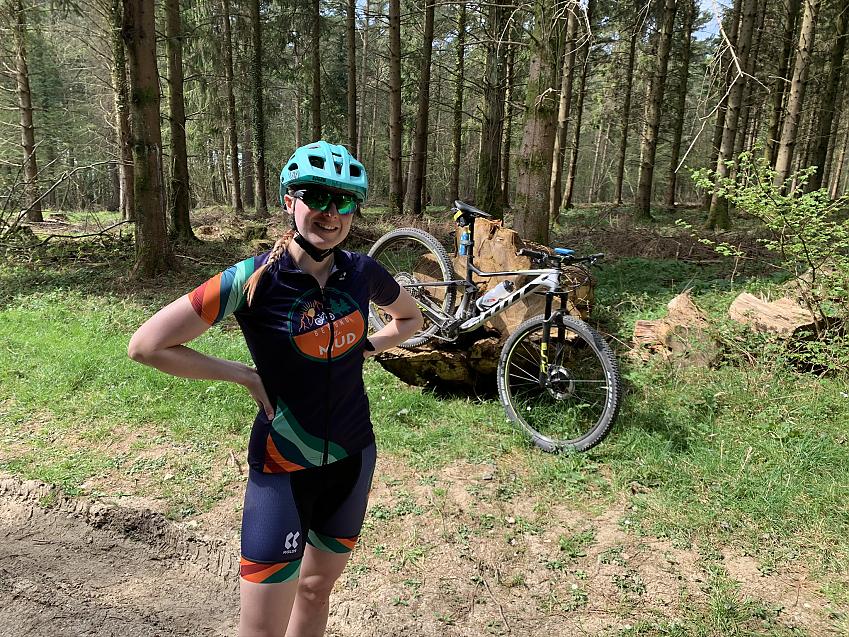 From racing at elite level to participating in longer distance adventures, it was never about the position for Hannah. Personal achievement and experiencing the journey has always been Hannah’s passion. Wanting to share her love of the outdoors and mountain biking with others she set up Pedal 2 Pedal, a kids' mountain bike club, after recognising that there was no group for young people in her area. Hannah has continued to inspire children to get into mountain biking and experience outdoor adventures.

Hannah said: “Cycling is far more than just a sport to me, it’s a way of life.” 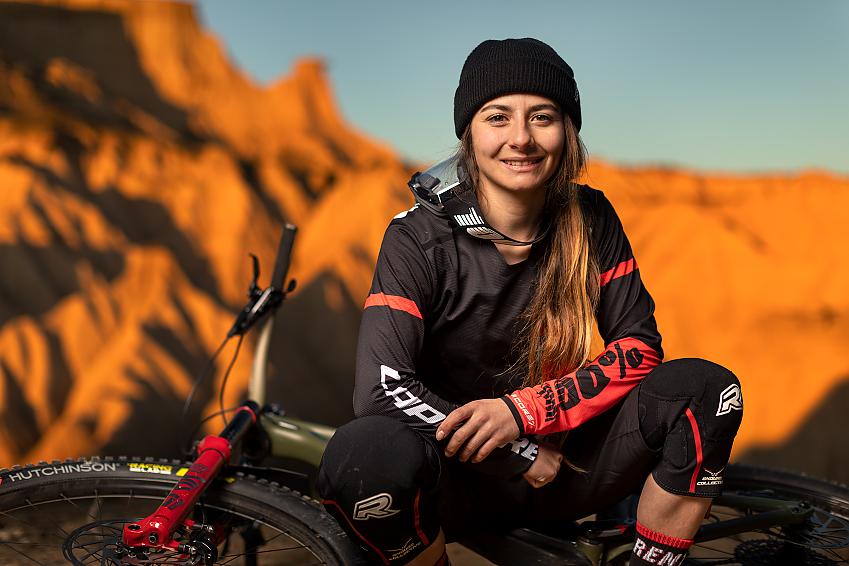 In 2019 Isabeau Courdurier became the youngest women to have won the Enduro World Series after a perfect season in which she won every single event. Through her exceptional achievements she hopes to inspire the next generation and has also set up coaching sessions to help women affected by violence to rebuild their confidence through mountain biking.

Isabeau said: “My passion for mountain bikes has brought me to many amazing places, I also met incredible people and it made me a better human.” 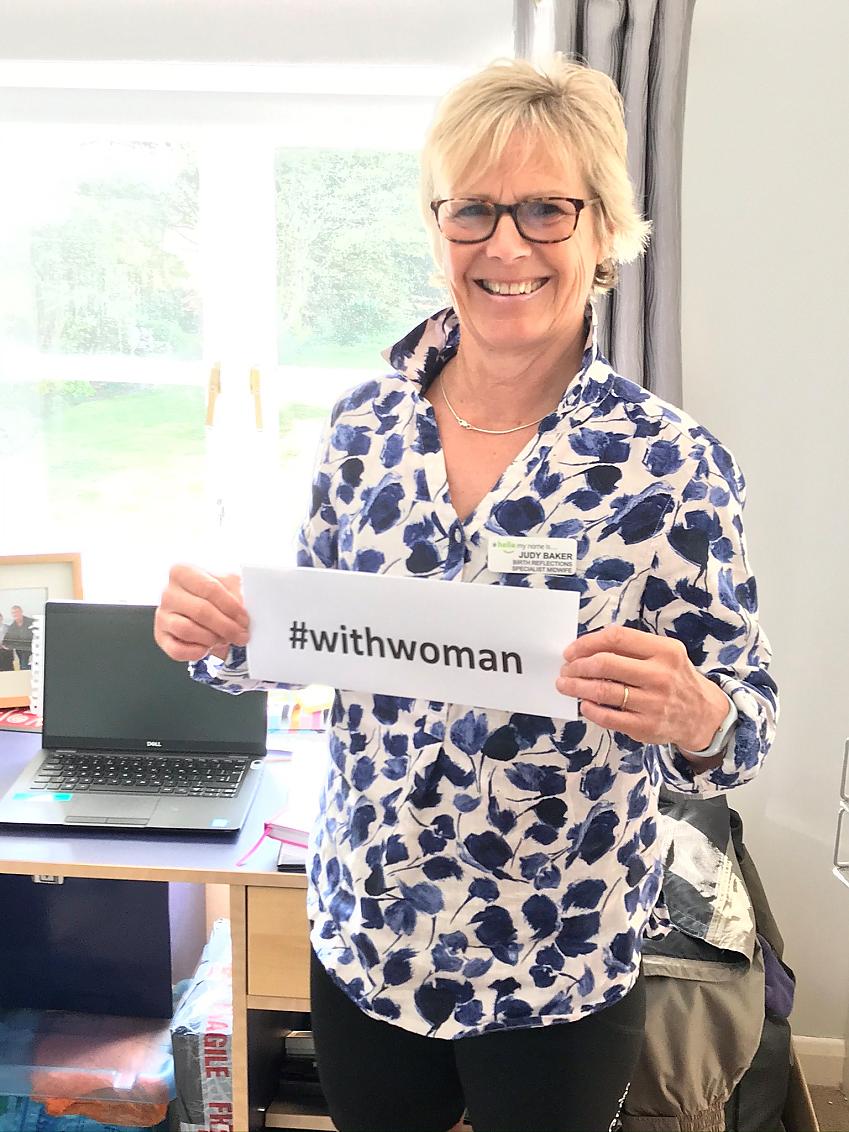 After countless cycling challenges and trips, midwife Judy Baker has used her love of cycling to inspire her colleagues. After years of recounting stories of her rides across the UK, from east to west and north to south, and overseas, she convinced a group of midwifes to take part in a charity ride for birth centres. Many had not cycled for years, had to borrow bikes, and train from scratch – always with support and encouragement from Judy.

Judy said: “I felt my body wasn’t ‘designed’ for a bike. I know now you just need the right one!” 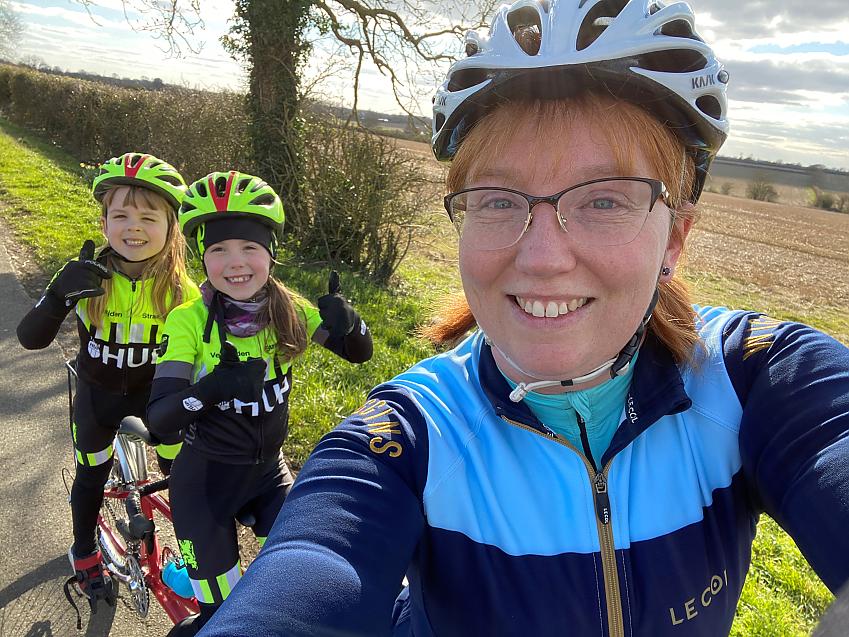 After a video of four-year-old Rhoda Ivor giving a thumbs up to a lorry driver for passing the cycling family safely went viral in 2018, people have been watching the cycling adventures of the Family ByCycle. Rhonda and Ruth have both broken LEJoG records and appeared twice on the US TV show ‘Little Big Shots’ with Melissa McCarthy.

Katie Jones said “We’ve continued to use the exposure that came from our ride to put family cycling in the mainstream media as a normal and accessible activity, particularly for girls.” 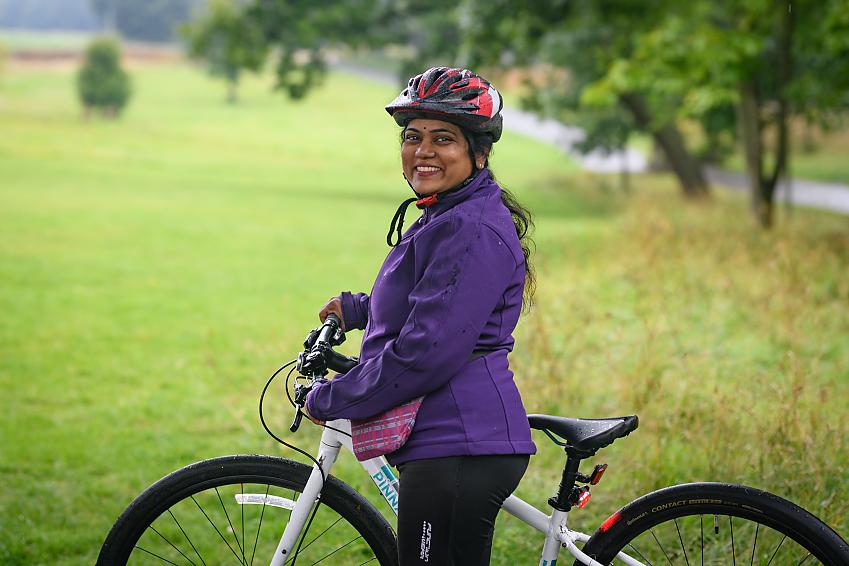 After a bad fall when cycling as a child, Madhavi didn’t ride again until she moved to the UK. She’s now made up for lost time, setting up a cycling hub for the Telegu Association of Scotland, providing Bikeability and essential cycle skills training, and teaching pre-school children to ride through the Play Together on Pedals programme.

Madhavi said: “I’ve been really lucky to meet new people and make new friends. It's rewarding to teach people of all ages and backgrounds, especially young children, to give them and myself a new avenue to explore nature and interact with the world." 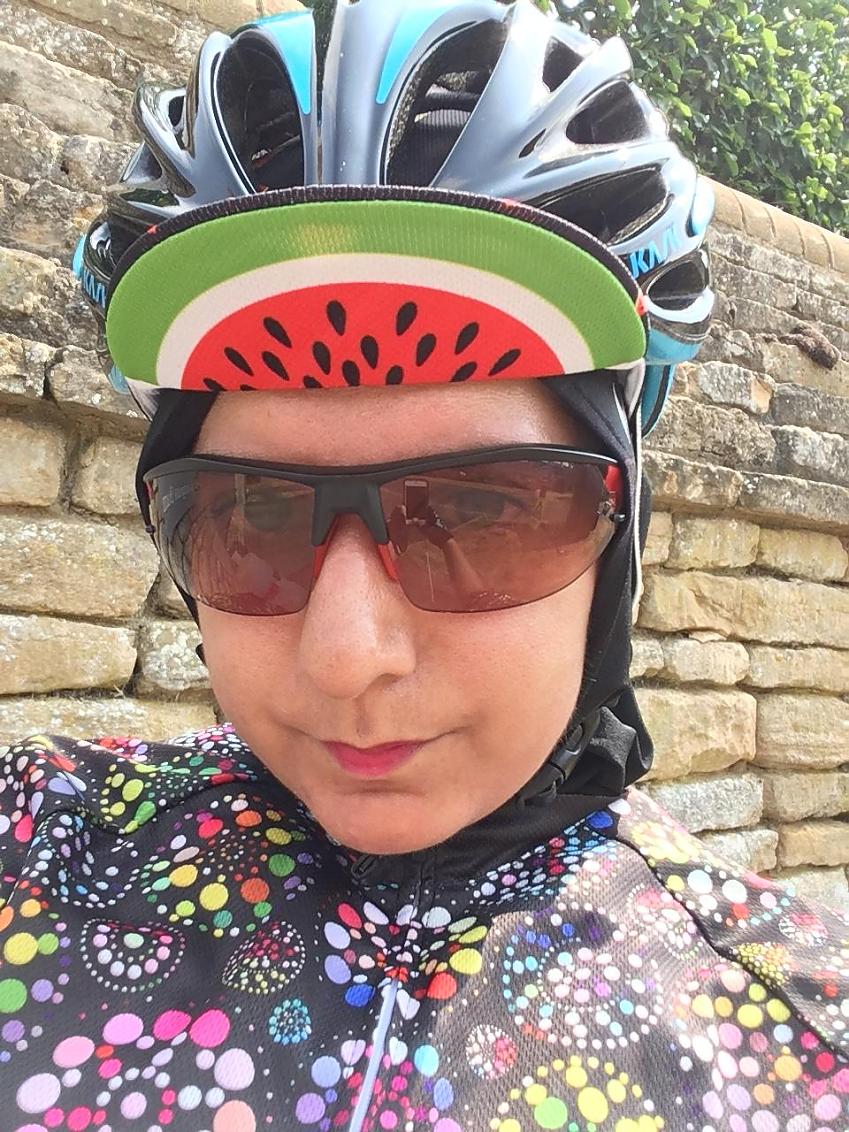 Moz has overcome many challenges to become the inspiring cycle leader she is today. Coming from a background that didn't encourage girls to cycle she taught herself and then later trained to become a Breeze Champion. Her desire to see more Asian and Muslim women cycling led her to set up the first cycle group aimed at BAME women in Peterborough.

Moz said: “I wanted cycling to become visible amongst women of colour, as well as women wearing cultural or religious clothing.” 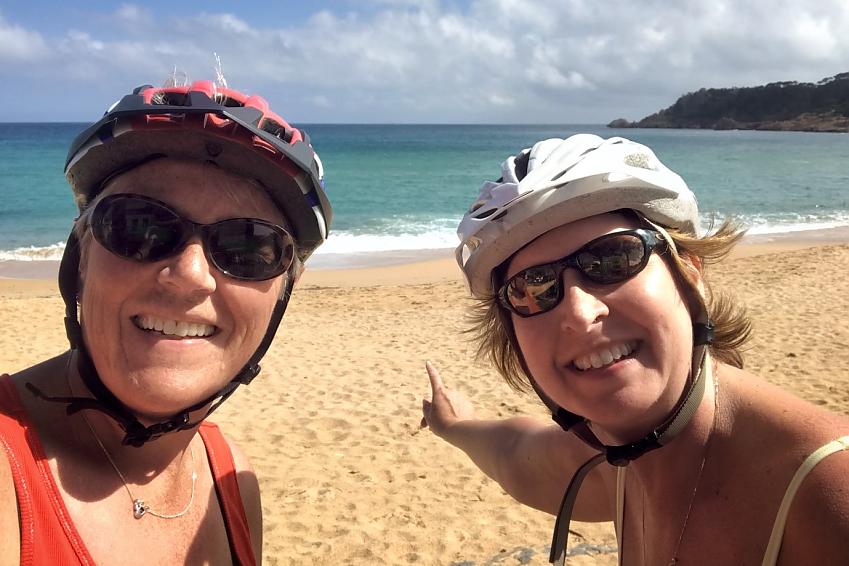 Known as 2 Ladies Go Cycling, Pamela Harridine and Hayley Yarsley are both Bikeability and learn to ride instructors and qualified mechanics in Worcestershire. In addition to teaching children and adults they inspire others to participate in cycling through their many charity cycling adventures. Since lockdown they’ve taken on a virtual Route 66 cycle and invented AsparaRides providing routes for people of all abilities to have a go during their daily exercise.

Pam and Hayley said: “Most of all we love cycling, and want to promote it as a fun and healthy activity as a part of the daily routine.” 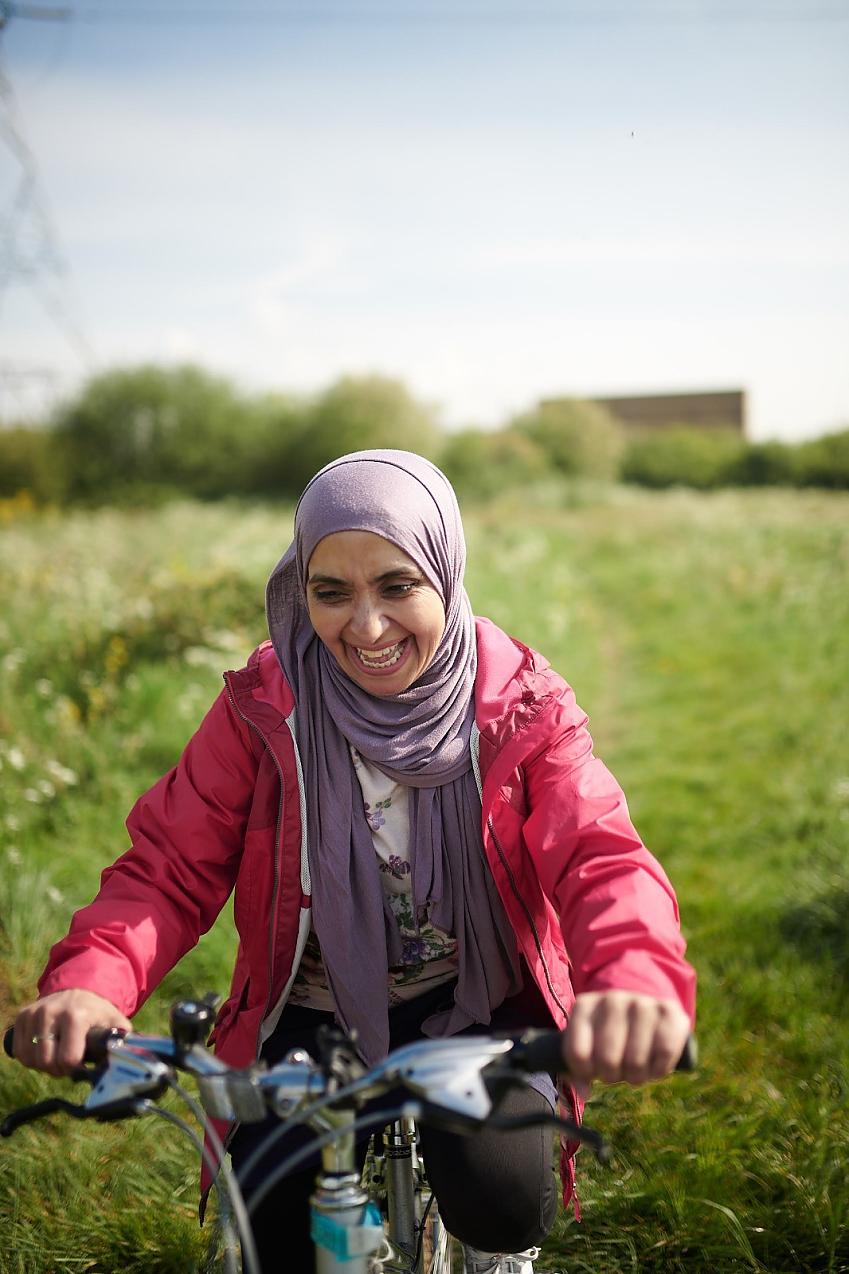 Alongside working and being a busy mum of four, Rukaiya is deeply committed to getting Muslim women cycling. She is a ride leader for Cycle Sisters and Joy Riders London, leading rides for all levels, and also sets herself personal challenges such as the Tour de Salah in 2018 and London to Cambridge in 2019.She is a regular volunteer with Good Deeds on Bikes, helping to rescue food and distribute to food banks via bike.

Rukaiya was nominated by Khadijah Zaidi who said: "Rukaiya has inspired many through her own impressive cycling journey, she has been instrumental to getting many more women locally involved in cycling." 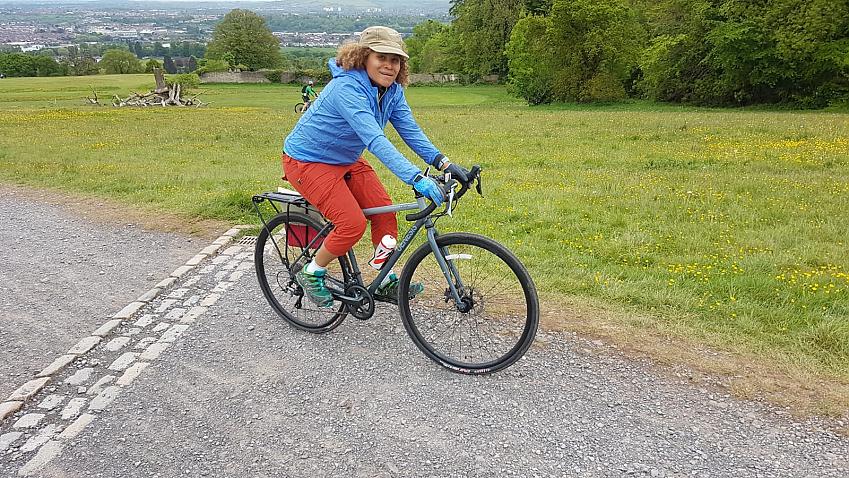 Zoe first started cycling aged three but paused when she started a family, it took some time to gain confidence riding with a child. Conscious that many women experience this same anxiety, Zoe set up a family cycling group, leading rides and offering child seat options, and a Dutch cargo bike. Since becoming a cycle instructor Zoe’s aim has been to make cycling more inclusive and accessible to all women.

Zoe was nominated by Abiir Shirdoon who said: “Zoe has asked me to join a Kidical Mass Ride she was organising and at first I was hesitant, but then I gave it a go. Zoe is a true inspiration and has awoken my love for cycling again.”

Why we celebrate 100 Women in Cycling, and what it means to be one View