Dropper seatposts are great. Being able to lower (then raise) the saddle while you ride along makes a mountain bike much more manoeuvrable. A dropper post can also help cyclists with mobility issues, being lowered for mounting and dismounting then raised for riding along. If you’re not already sure you need one, however, the price might put you off; the iconic RockShox Reverb has an RRP of £284 and upwards. This Brand-X Ascend is just £139.99, discounted to £99.99 on chainreactioncycles.com at time of writing. It’s cheap enough to buy speculatively.

What’s perhaps surprising is how good it is. I’ve used RockShox Reverbs, as well as droppers from KS, and the Brand-X Ascend compares pretty well. It works in the usual way, which is to say: like an office chair. You press the release lever and your weight pushes the seat down – either fully or, if you prefer, partially. Press the lever when you’re not sitting and pneumatic pressure pushes the seat back up to its original position.

The Ascend is actuated by a remote lever on the handlebar, which is a much better option than a lever under the saddle. Not having to ride one-handed means you drop the saddle more easily and more readily; on some rides, I use the dropper remote nearly as much as the gear shifter. It’s operated by a standard gear cable.

This version is a ‘stealth’ one, designed for internal routing through the seat tube and (on suitable frames) the down tube. Fitting is a bit of faff as you need to get the cable length just right, but the cable end attached to the seatpost yoke isn’t easily accessible like a gear or brake cable would be: it’s in the frame. Measure twice, cut once! And don’t forget a spoke for fishing the cable out of the frame… It would be easier to fit if the cable could be trimmed at the lever end.

Once set up, the Ascend works well, smoothly descending and ascending through 115mm of its nominal 120mm travel. I’ve been using silicone spray after rides to prevent stiction and have had zero problems. Keeping it clean obviously helps; I’m using a Mudhugger rear guard. There’s a little rotational play between the upper and lower shafts, but not enough to bother me.

The only issue is that, like most droppers, it’s an inline post. As I normally use a layback post, that shortened the distance to the handlebar by about 20mm, making it feel cramped. I fitted an 80mm stem in place of the existing 60mm, but would prefer a shorter stem and a layback dropper. A longer frame would work too but would be more expensive to buy than a different dropper. 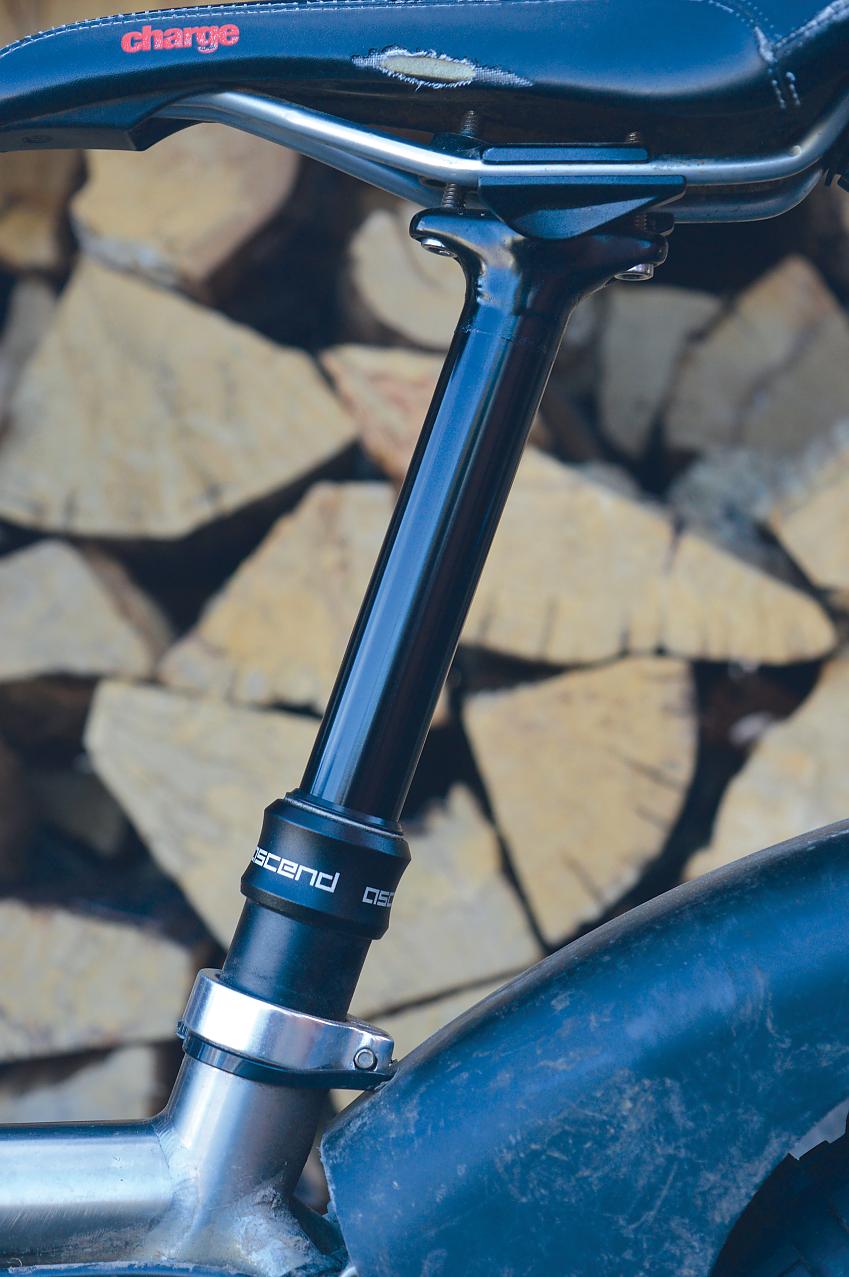 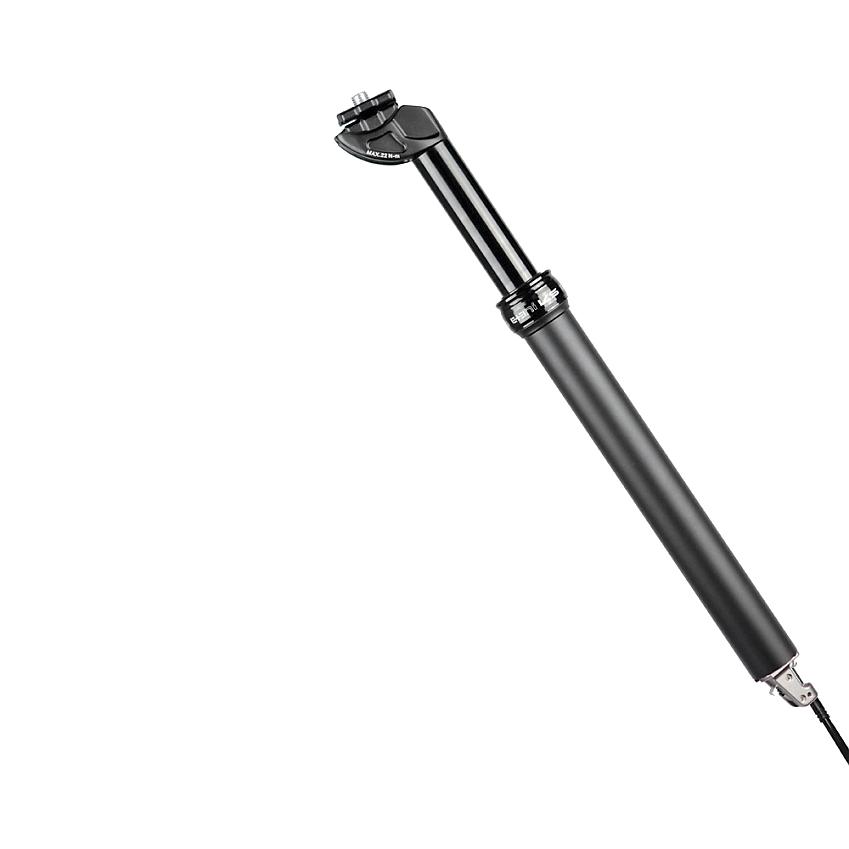 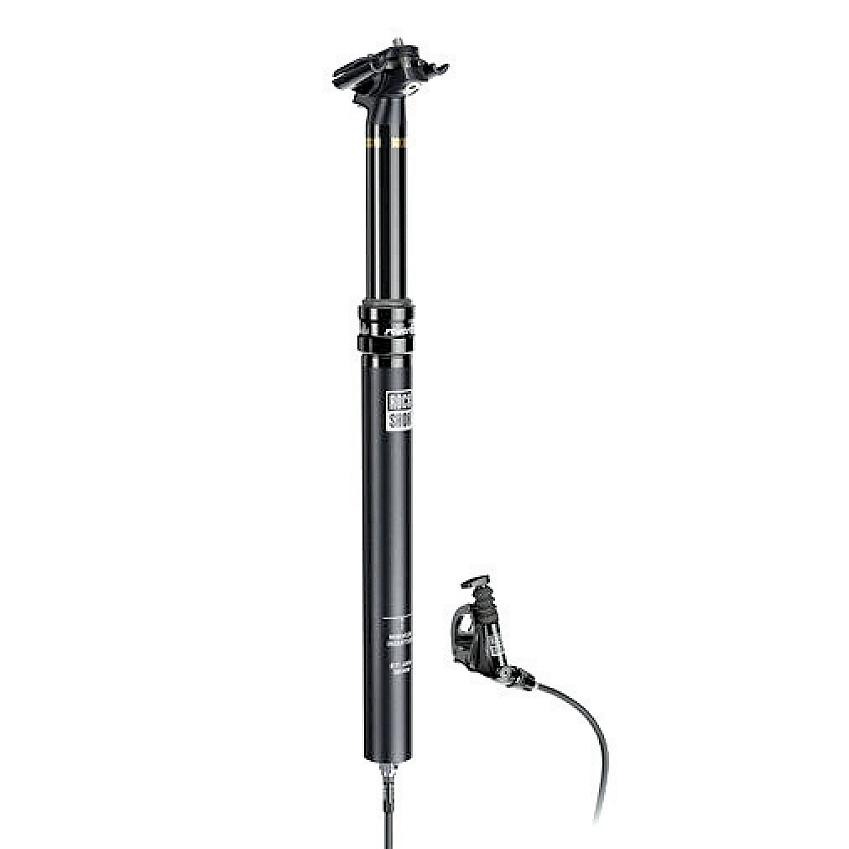 Review: Redshift Shockstop Suspension Seatpost View
Cycling UK continues to support the UK to cycle
This remains true during this difficult period with the ongoing threat of coronavirus Covid-19
Read our latest advice on cycling