Launched as the Day One Cross eight years or so ago, the 2017 version reflects the fact that purchasers wanted this singlespeed more for city streets than muddy fields. It remains a simple and durable drop-bar bike with abundant frame fittings and tyres wide enough to shrug off potholes. On paper, it’s exactly the kind of urban bike I like.

The chrome-moly steel frame and fork are shared with the Genesis Day One 20, which has a Shimano Nexus 8-speed hub. The rear dropouts are 135mm over-locknuts to accommodate not only the Day One 20’s hub gear but either model’s rear disc brake; I’m not aware of any 120mm disc hubs.

As a consequence of the wider rear hub, the bottom bracket axle is longer (127.5mm) to ensure the chain lines up. That means a wider pedal tread. It’s not as ergonomic when you’re pedalling very rapidly, as you sometimes do on a singlespeed (and often do on fixed). A narrower axle and pedal tread would be possible with a cassette hub and spacers as the single cog could then sit further inboard.

The fork offset is a bit longer than most road bikes, as is the front-centres distance. So despite the larger tyres and mudguards, I didn’t suffer toe overlap. It’s nice not to have to think about that when you’re on an urban bike, moving slowly in or around traffic.

As well as eyelets for mudguards, there are separate ones for racks front and rear. How much you’d want to weigh down a singlespeed is moot, but it’s refreshing to have the option.

The test bike’s rear hub required immediate attention as the cones were loose, making the disc brake rub and chirrup. This hub is threaded for a freewheel only; you can’t fit a lockring. If you wanted to make this a fixed-wheel bike, and I did, you could either keep the rear brake and run a fixed cog without a lockring (I wouldn’t) or sacrifice the rear brake.

You can get fixed cogs – from, for example, velosolo.co.uk – that fit to six-bolt disc rotor mounts. These won’t unscrew with back-pressure on the pedals. Fitting a six-bolt cog doesn’t give you a fixed/free flip-flop hub, however. You’d have to ride fixed all the time as the freewheel option would remove one of your legally-required brakes.

Any gear for a singlespeed is a compromise. The Day One 10’s 68in gear (42/17) is a good one, albeit a shade high for hilly Scarborough. I’d fit an 18t freewheel or fixed cog instead.

Many singlespeeds aimed at urban riders are faux track bikes with skinny tyres and little scope to fit bigger ones. In comparison, these 35mm-wide tyres are huge. The bigger air pocket and lower pressure (75psi maximum) make them much better at soaking up vibration from bad roads. They’re also more surefooted off-road, on tracks and towpaths. I’ve not used CST Sensamo Speed tyres before and wouldn’t again; they felt stodgy and slow on tarmac. I’d swap them for 35mm Schwalbe Kojaks, as they roll well and are over 100g lighter (each).

The wheels have solid-axle hubs with track nuts, which is handy for a bike you might lock up in town. The Jalco XCD22 rims are nominally 29er rims and would accommodate wider tyres if you removed the mudguards. There’s room for a tyre at least 50mm wide in the fork and around 45mm in the frame.

Braking is okay with the Promax discs, although not notably more effective than with sidepulls, and they need careful set-up to avoid rubbing. Long term, I’d upgrade them to Avid BB7s or Tektro Spyres. The main benefit of discs for urban use is the reduction in rim wear, especially if you’ll ride with a freewheel; when riding fixed, you can moderate your speed via the pedals.

The mudguards fitted have excellent coverage, keeping shoes clean and dry. The front one has breakaway stays for safety.

The frame is well-proportioned, a tall head tube complementing the compact handlebar and providing a head-up position for urban riding. But it felt like hard work compared to my day-to-day urban bike, a fixed-wheel Ridgeback Solo World (steel frame, carbon fork, mudguards, single sidepull brake, 25mm Schwalbe Durano Plus tyres). The Day One 10 is slightly higher geared, but the bigger issues are its tyre drag and its inertia. It’s 2kg heavier. As you spend so much time standing on the pedals on any single-geared urban bike, you’re acutely aware of how easy – or not – it is to accelerate. You feel it at each junction and even more on hills.

Once you’ve got it rolling, the Day One 10 cruises comfortably along. It feels more like a tourer than a road bike.

The Day One 10 is a utilitarian workhorse that scores highly for robustness and simplicity. It isn’t quite the bike I wanted it to be. I imagined it as a wider-tyred, front-disc-braked, fixed-wheel hack bike, but a Surly Steamroller fitted with a disc fork would fill that role better. The Day One 10 is best as it comes: as a singlespeed, with a freewheel to negate the need for egg-beater cadences. It’s a sensible commuter for a flat city like London – and a less sensible one for a hilly city like Sheffield. 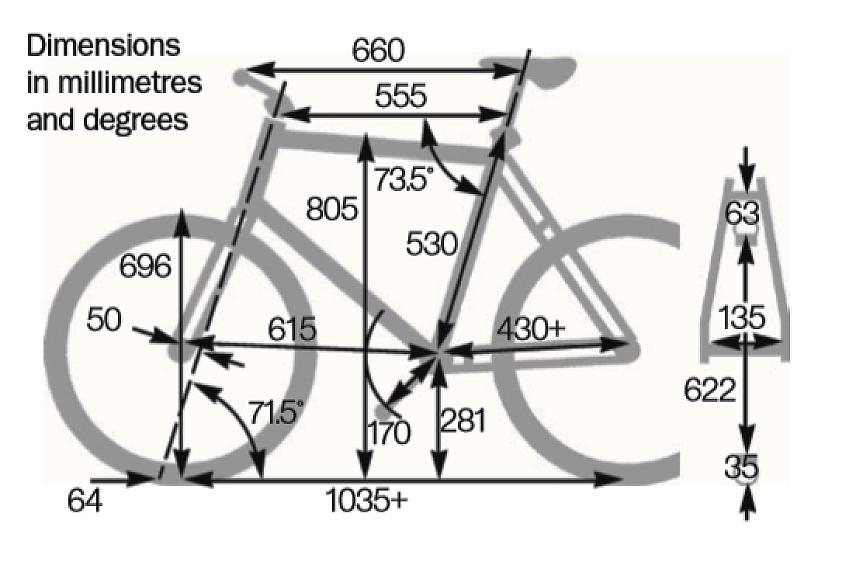 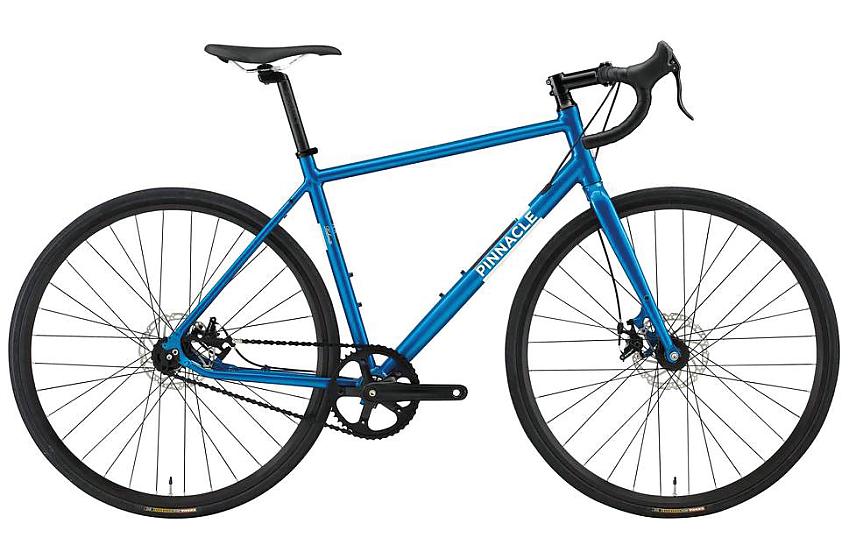 Aluminium frame and fork keep the weight down to just over 10kg, despite disc brakes (Tektro Spyre) – but don’t forget to factor in mudguards. Chain tensioning is via an eccentric bottom bracket. evanscycles.com 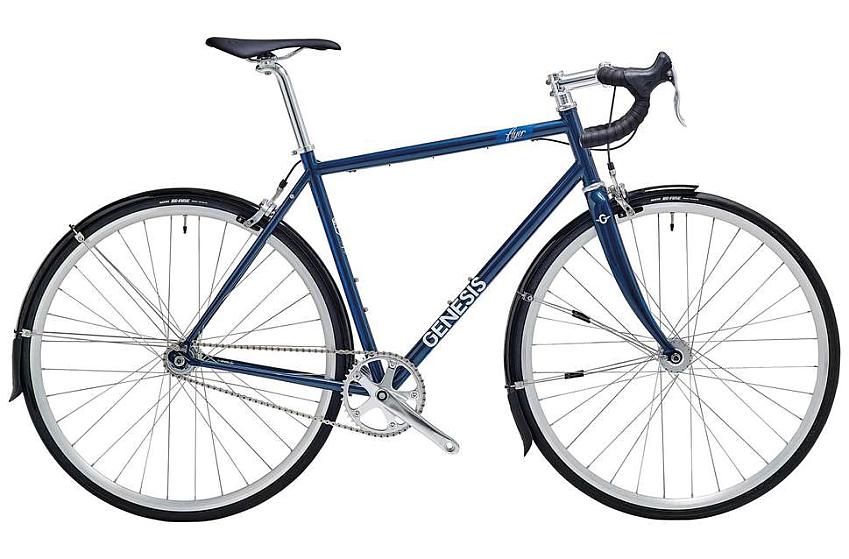 The Day One’s stablemate is a kilo lighter thanks to sidepull brakes and a carbon fork. It also has narrower axle (113mm) and a narrower rear end but still takes 28mm tyres and mudguards. genesisbikes.co.uk

Bike test: Electronic shifting Trek vs Specialized View
Cycling UK continues to support the UK to cycle
This remains true during this difficult period with the ongoing threat of coronavirus Covid-19
Read our latest advice on cycling