What sort of mountain bike can you get for less than £1,000?

How good a mountain bike can you get for less than £1,000? Dan Joyce tests the Voodoo Bokor and Whyte 529

Since we last featured hardtails in 2014, mountain bikes have evolved. The trend for frames to get longer (reach), lower (bottom bracket), and slacker (head angle) has continued, in a bid to make us faster or simply safer on descents.

‘One-by’ drivetrains are the default. Axle standards seem to be settling on screw-through Boost hubs: 15×110mm front, 12×148mm rear. There’s a third wheel size contender, 27.5+, which is interchangeable with 29in on framesets with enough clearance.

And Sterling isn’t doing so well against the US Dollar, so you don’t get as much for your money now.

I cherry-picked two good bikes to test, both 29ers: the Voodoo Bokor (£850) and the Whyte 529 (£950). The Bokor is essentially an upgraded Voodoo Bizango. The 529 is Whyte’s trail hardtail for ‘bigger mileages and higher speeds’ 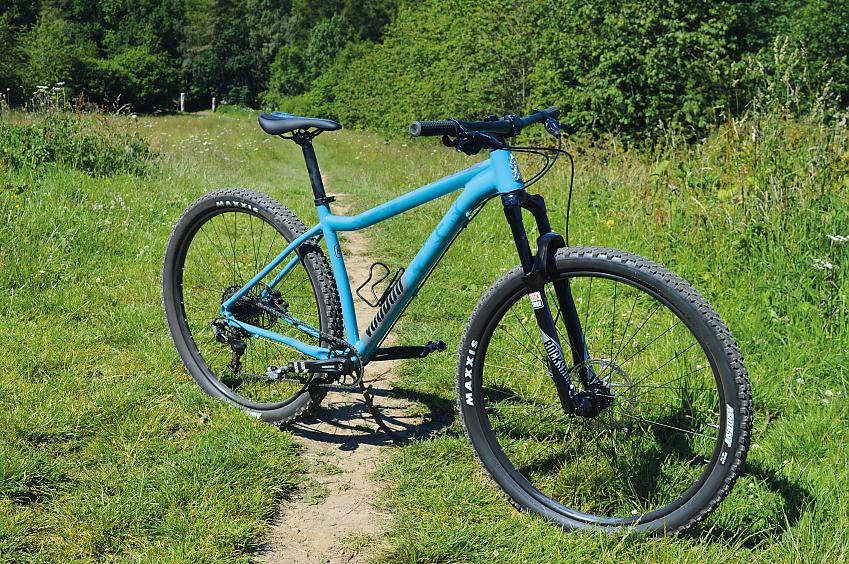 Both bikes’ aluminium frames employ contemporary mountain bike geometry. They’re designed for a short stem, which improves the steering feel through the handlebar, so have longer top tubes to maintain your reach to the bar.

With the front wheel further out front, there’s less chance you’ll dive over it. The seat angles of both bikes are steep so the front wheels aren’t so lightly loaded that they’ll snow-plough through turns or lift up on climbs.

(Both use slightly bent seat tubes to keep the chainstays shorter, so the seatposts raise up at a slacker angle than the centre-to-top seat tube angle implies.)

Whyte take the geometry trends further. The Voodoo’s frame is a touch shorter, so I slid the saddle back to compensate.

I’d fit a stem 10-15mm longer if it were mine; it would still be short enough to keep a tight rein on the steering.

The Voodoo’s frame details tick most of the boxes: a tapered head tube to accommodate today’s suspension forks; a 73mm threaded bottom bracket rather than a nasty press-fit; and 148×12mm Boost rear hub spacing, which means a stronger, laterally stiffer wheel, other things being equal.

There’s cable routing for a dropper seatpost, externally under the down tube then up inside the seat tube. 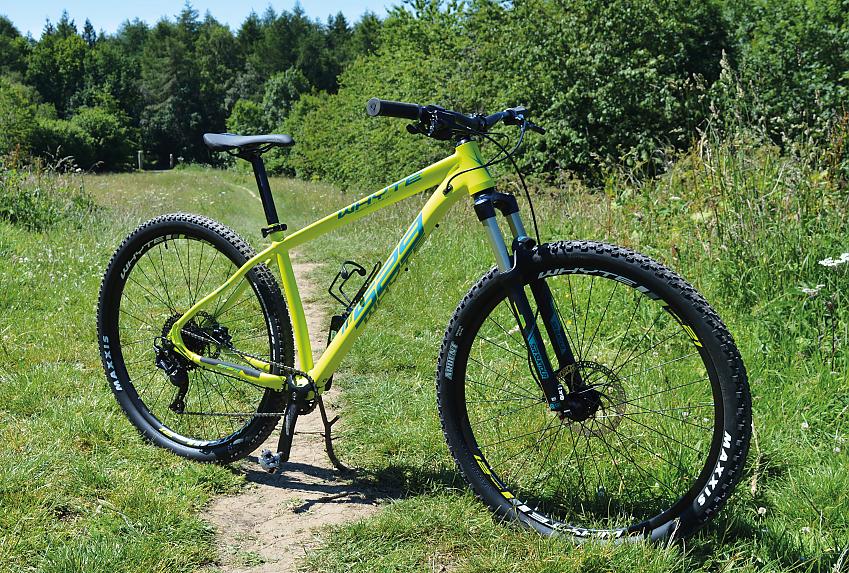 The rear brake hose and derailleur cable are external too, which makes replacement easier.

However, the bare sections of gear cable invite dirt and water ingress, and also interfere with a down tube mudguard. I’d fit full-length gear cable housing with zip-ties, maybe using the dropper guides on the down tube.

The Voodoo’s fork is a good one at this price point: a RockShox Judy Gold with 120mm of easily adjustable air-sprung suspension.

You can fine tune the rebound and you can lock out the fork for climbing. Since it’s a Boost fork (15×110mm dropouts), it will clear a wider tyre. Officially a 2.8in tyre will fit. I tried my Carver’s front wheel, fitted with a 29×3in Surly Knard, and it went in fine between the fork legs but with a gap of only 1-2mm under the arch.

So I’d not go bigger than 29×2.6in – still a big tyre. The Whyte 529 is also routed for a dropper seatpost, contrary to appearances.

The cable goes into the down tube (a different grommet is required) and runs internally all the way to the dropper, passing through the frame above the axle. Tidy.

It’s fiddlier to get at, should you need to, and the same can be said of the internally routed gear cable and brake hose.

Like the Voodoo, the Whyte has a tapered head tube and a threaded bottom bracket. The rear dropouts are old-school 135mm quick release ones.

That doesn’t much bother me, as a 63kg XC lightweight, but it could be an issue for heavier, harder-riding owners, or for those wanting to upgrade their wheels at a later date.

There are eyelets for a rear pannier rack and the down tube has mudguard mounts – a nice touch.

The Whyte’s longer top tube and slacker head angle put the front wheel 30mm further forward than the Voodoo’s, while its steeper seat angle nudges you further ahead of the rear wheel.

The bottom bracket is almost 20mm lower, which has an advantage (stability) and a disadvantage (pedal strikes).

The Whyte’s fork is a Suntour Raidon. Bike snobs can be sniffy about Suntour, but I owned a Voodoo Bizango with a Raidon fork and had no problems with it.

Like the RockShox Judy, there’s 120mm of air-sprung travel with rebound adjustment and a fork-crown lockout. 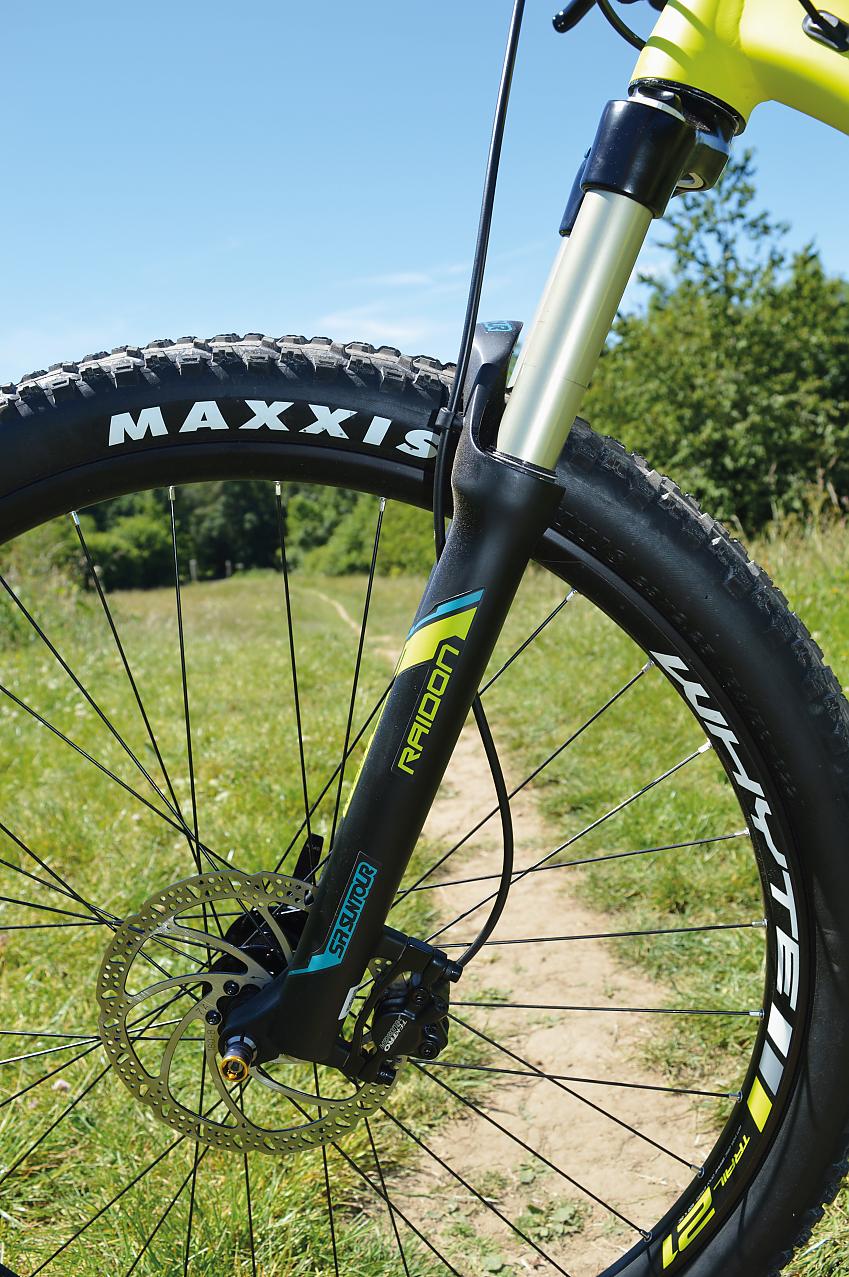 A better fork than you'd think, but not Boost

For the fork to feel plush, I needed less than the pressure recommended for my weight. The uppers are 32mm diameter, thicker than the Judy’s, and the fork tracks well.

The dropouts are 15mm through-axle but not Boost (so 100mm wide), and the wheel is secured with Suntour’s Q-Loc 2 system – like Manitou’s Hexlock, a fiddly solution to a non-problem. Maximum front tyre size is around 2.4-2.5in.

When squeezing the budget to build a bike to a price, tyres are usually one of the first casualties.

Not here. Both bikes use decent all-round tyres from Maxxis: Ardents front and rear for the Voodoo; Ardent front and a faster-rolling Crossmark II rear for the Whyte.

The rims of both bikes are tubeless compatible. Given the problems I had with traction and comfort (see overleaf), it’s a conversion I’d make soon in order to run lower pressures.

The Voodoo’s rims are wider (25mm internal) so would support the bigger front tyre the fork will accommodate. The Voodoo has a 1×11 Sram NX drivetrain, with a 32t chainring driving an 11-42 cassette.

The Whyte’s drivetrain is 1×10, with a Deore shifter and derailleur, a 28t chainring, and a Sunrace 11-42 cassette. Both setups worked well, their narrow-wide rings and clutch derailleurs never dropping their chains.

The Whyte’s range is a bit lower, trading an easier bottom gear for a spinnier top gear. I preferred this as I could get up steeper slopes more easily and could still manage 20mph on the flat; a 75in gear is around 90rpm at that speed. 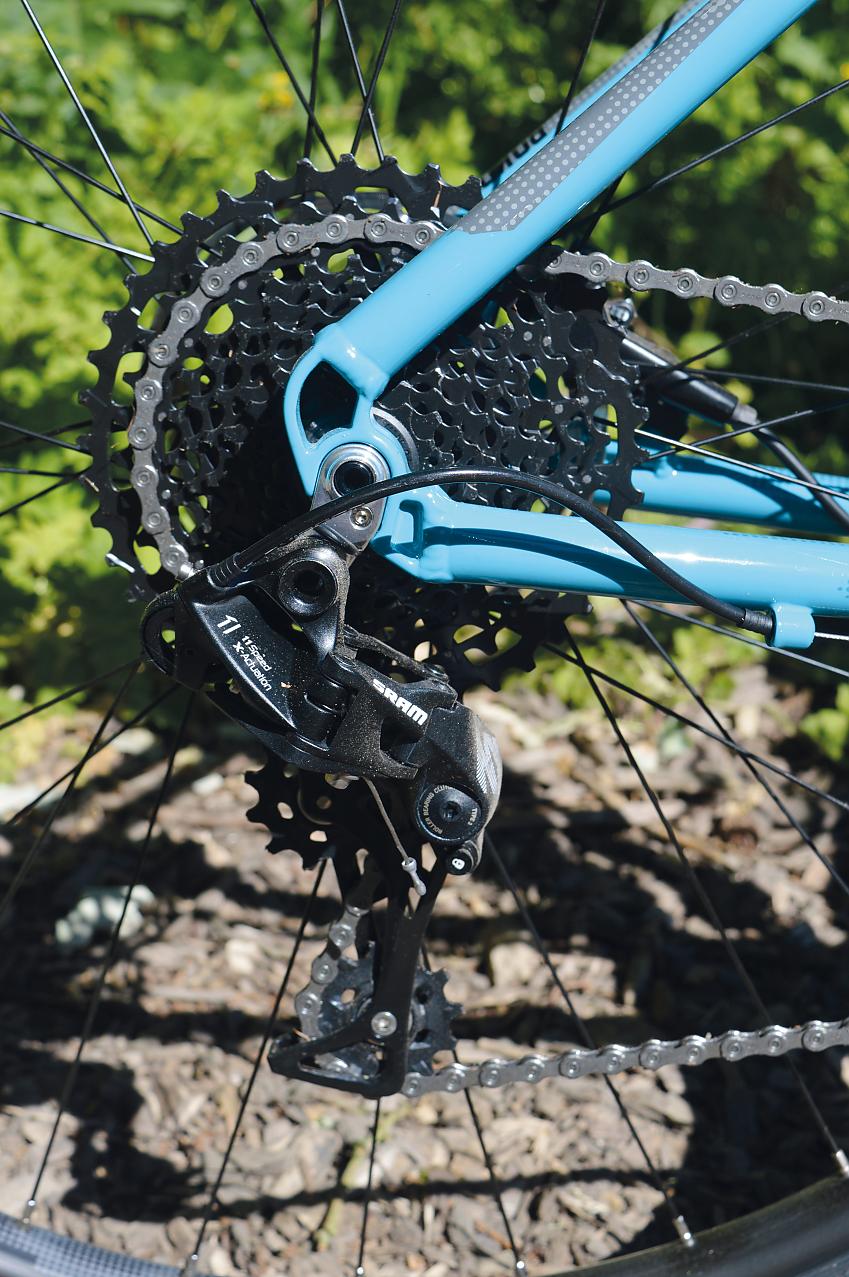 The Voodoo Bokor has an 11-gear cassette

Both bikes use inexpensive hydraulic disc brakes. The Sram Level brakes of the Voodoo felt better modulated than Whyte’s Tektro Auriga’s, so I didn’t accidentally skid its rear wheel in the summer dust as often.

The Whyte has a wider handlebar, which provides more steering leverage and leans you a little further forward on the bike, both things I liked.

Its grips are softer too and thus more comfortable. The seatpost has height markings – handy if you’ll be putting it up and down a lot.

The Get a Grip seatpost clamp is rock solid, however often you operate it, but it is inclined to creak.

Having spent the last few years off-road on 3-inch wide plus-tyres at 9-12psi, I found both bikes skittery and lacking in traction.

They were less comfortable, bouncing over small roots and bumps I’d forgotten were there.

In short, I struggled to recalibrate my finesse-free riding habits. The Whyte rides better than the Voodoo. 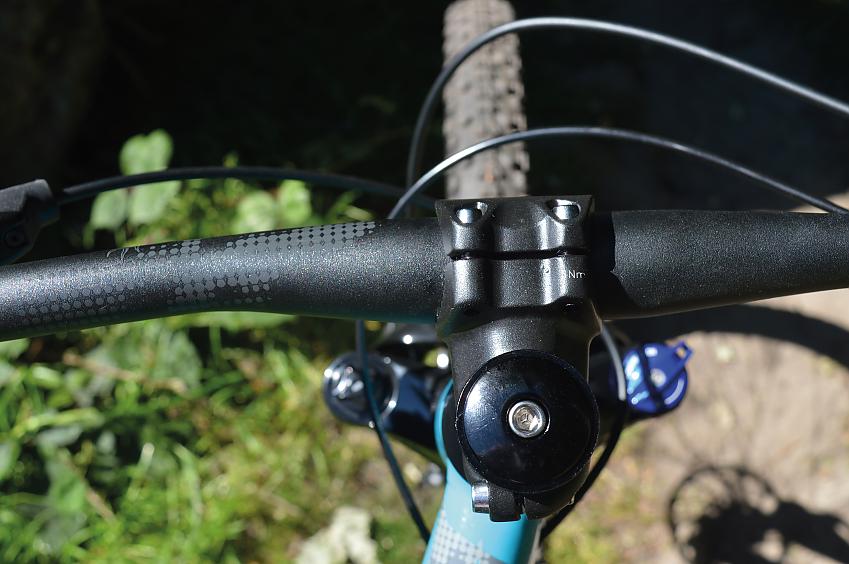 While the Bokor does most things right for a general purpose 29er hardtail, the Whyte does them a little better.

The steeper seat angle makes seated climbing a bit easier. The longest climb on the test loop was a half-mile leg burner with an average gradient of 12% and sections over 25%.

The Whyte scrabbled up first go. However, the Whyte was also the bike I came closest to crashing.

Sometimes it was due to losing traction on the rear wheel as I scrubbed off speed; the brake performance is less nuanced and the rear tyre is lighter treaded. Sometimes it was down to the lower bottom bracket, which caused a few abrupt pedal strikes. I’d fit 165mm cranks.

These are both well designed 29er hardtails. As they come, the Whyte 529 rides better but the Voodoo Bokor has the better spec.

The Voodoo is also cheaper – especially with a Cycling UK discount at Halfords – leaving more money for upgrades.

Even without upgrades, it’s capable and good value – as is its £650 stablemate, the Bizango.

If you plan to ride the bike as it is rather than upgrading, the Whyte 529 is a more compelling purchase.

Whyte may not have big company buying power but the budget has been spent shrewdly. The savings (10speed, Raidon fork, 135mm rear end) are seldom evident on the trail, whereas the geometry differences are tangible. 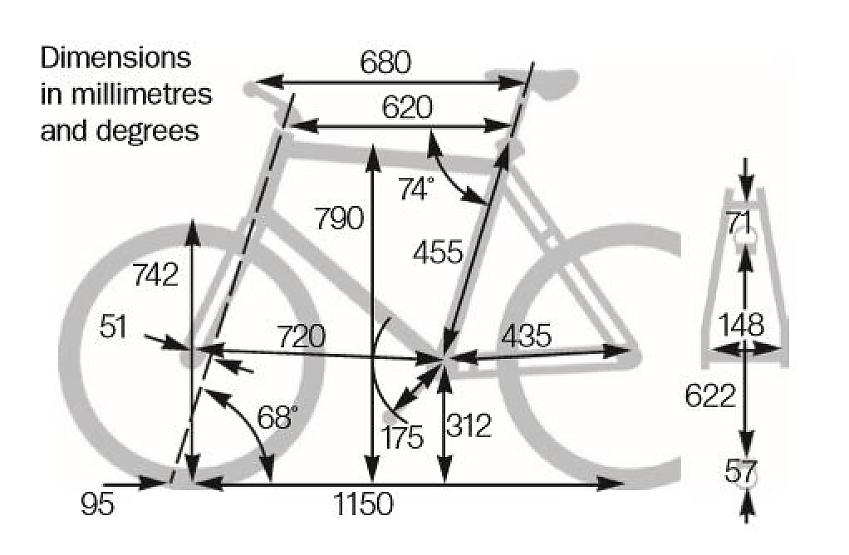 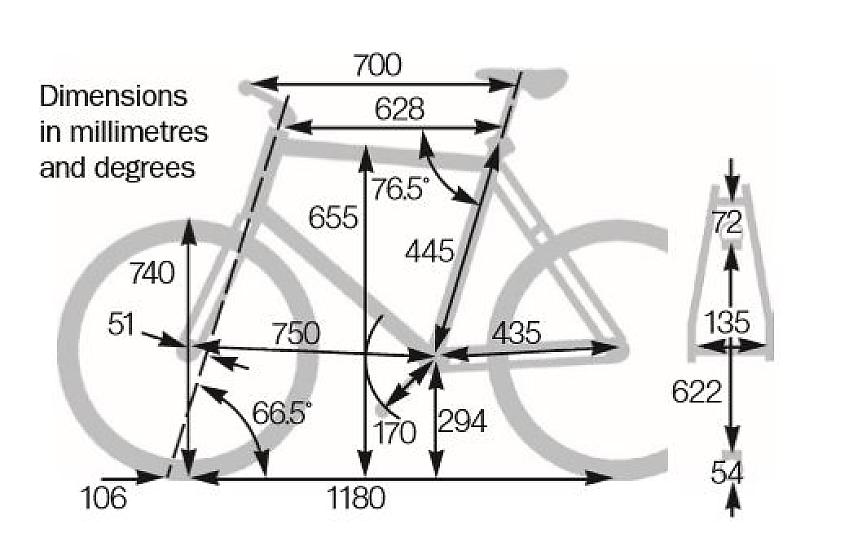 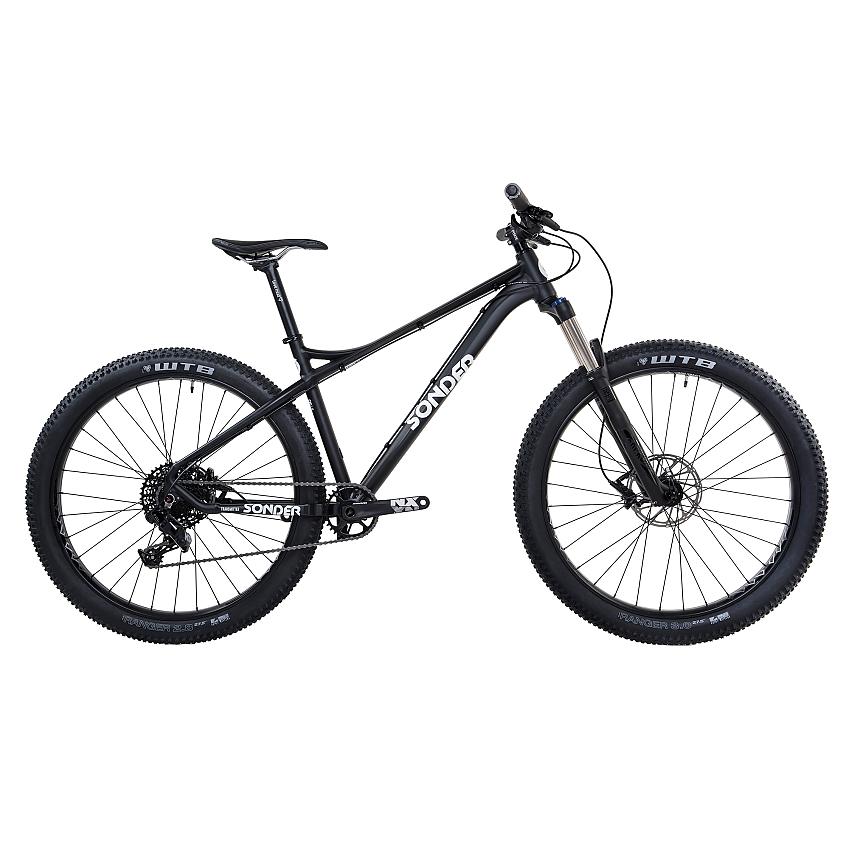 With a 65° head angle, a roomy and dropper-post compatible frame, 27.5+ wheels and tyres, and a 130mm Recon fork, this looks to be a top-tier UK trail hardtail. 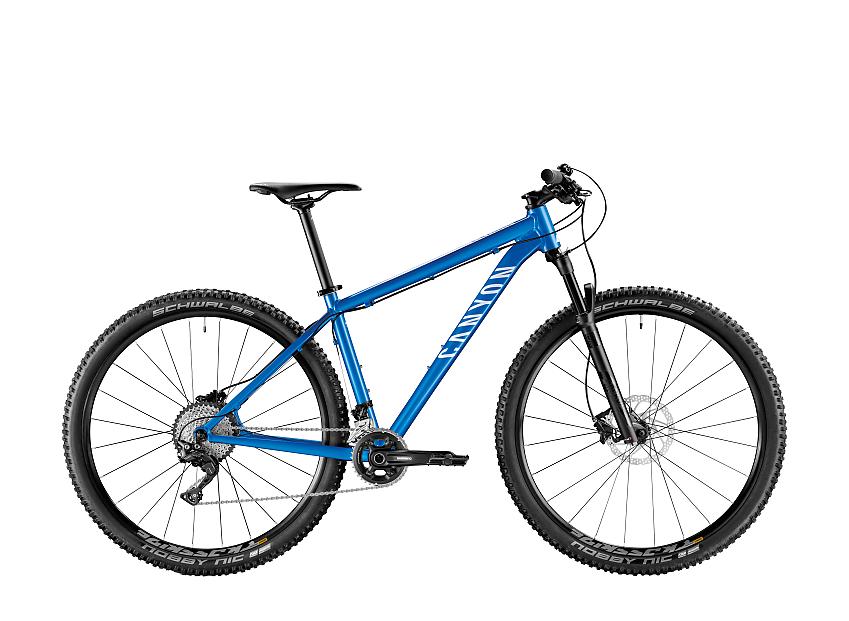