2026 deadline scrapped for recording historic rights of way in England

2026 deadline scrapped for recording historic rights of way in England

Defra has announced that it will remove the 2026 deadline for adding historic rights of way to the map, following years of campaigning by outdoor access organisations

The looming cut-off date meant that thousands of miles of unrecorded paths in England would have been lost for good if applications weren’t made to add them to the map in time.

Now, we have a much better chance of protecting these paths for future generations.

The U-turn by Defra is a huge win for outdoor access organisations including the Ramblers, the British Horse Society and the Open Spaces Society, who have campaigned tirelessly for almost a decade for the cut-off date to be repealed.

We are not talking about paths that have fallen into disuse. There are actually people walking or riding or cycling along them. But they are not on the official map, so they will vanish

At the beginning of the campaign, Dr Phil Wadey from the Open Spaces Society told the Guardian: “These paths are all over the place. A lot of them are actually paths that are in everyday use. They are not hidden. We are not talking about paths that have fallen into disuse. There are actually people walking or riding or cycling along them. But they are not on the official map, so they will vanish if applications are not made … People won’t realise until they are gone and then it will be too late.”

Despite the deadline being abolished, researching and claiming historic rights of way remains a huge task. In 2020, Ramblers volunteers identified over 49,000 miles of potential unrecorded paths which could be lost if not added to the map. What’s more, under-resourced council rights of way departments have such a backlog of applications that it would take an average of 15 years to process them all.

There are some cases where rights of way were incorrectly recorded as footpaths but actually carry higher rights, for example where they were previously used as a road for horses and carriages. With only 22% of rights of way in England open to cyclists and horse riders, making sure these are recorded correctly could open up more rights of way for cycling.

However, Cycling UK freedom of information research found that English councils have only added an average of one historic bridleway or byway per year to the map over the past ten years.

“It's fantastic that the Government has listened to calls from lovers of the outdoors to scrap this arbitrary deadline, which put unnecessary pressure on volunteers striving to save their historic paths.

“English councils have such a backlog of claims to process that they are only adding an average of one historic bridleway a year to the map. We applaud the work of Ramblers and the British Horse Society in campaigning for the 2026 deadline to be repealed.

“However, with over 49,000 miles of potential unrecorded rights of way, relying on the efforts of volunteer researchers to dig through the archives was always unworkable. We need Westminster to simplify the system, and follow the more proactive approach of the Welsh Government in looking at how to improve and link up our rights of way network to reflect how they are being used today, to enable more people to explore the countryside - whether by bike, on horseback or on foot.”

The Welsh Government had already removed the 2026 deadline for recording rights of way, and has committed to a reform of access laws to make it easier for people to explore the countryside (although progress on this has been slow).

Cycling UK’s ‘missing links’ map tool aims to help fill in the gaps for off-road cycling in England, by enabling people to suggest improvements in the network and ask their council to include these routes in their future planning.

What was the significance of 2026?

The Countryside and Rights of Way Act 2000 (CRoW Act) brought in several improvements to public access, like allowing open access on foot on some areas of land and promoting strategic planning of rights of way networks. It also introduced a cut-off date of January 2026 for any rights of way created before 1949 to be added to the definitive map (the legal record of public rights of way), so the public right to use them would be officially recognised. If these historic paths were not recorded, the legal right to use them would have been extinguished in 2026.

Many historic paths may be in frequent use by the public already, but as they are not recorded as rights of way, the landowner is able to close them off at any time. Others might be forgotten and overgrown, but could potentially be a useful route.

This is particularly significant for off-road cycling and horse riding due to the fragmented nature of the bridleway and byway network. There are many places where adding historic rights of way to the map could form a crucial link between existing rights of way.

Cycling UK brought this issue to light with the creation of the West Kernow Way long-distance trail in west Cornwall, which uses some historic ‘lost ways’ to connect bridleways and byways which otherwise wouldn’t link up.

The deadline may have disappeared, but it's still important that we continue adding these lost ways to the map to protect them for future generations. Have a look at Cycling UK's guide to claiming an unrecorded right of way to find out how to get started. 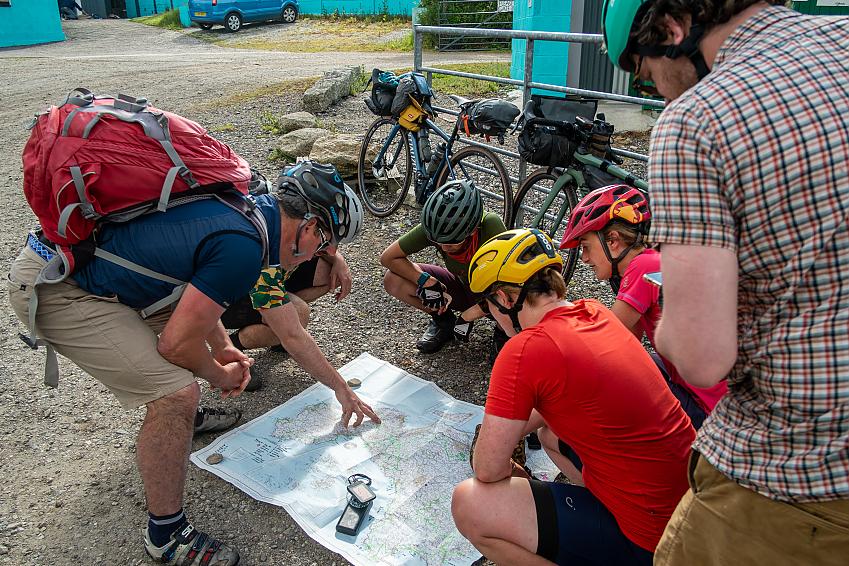 How to claim an unrecorded public right of way View

Save your trails before they are lost for good View