This gravel loop in Norfolk links enough kings, queens, knights, bishops and castles to start a chess tournament. Guy Kesteven is your guide

The gorgeous Georgian market town of Swaffham in Norfolk is the latest of the EXPERIENCE Hubs created by Cycling UK. This route from it is a meander on back roads, bike paths, fast farm tracks, gravel roads, Roman roads, and minimally trafficked tarmac. It links the historic highlights and hidden gems of this esoteric part of the UK.

At more than 80km, it’s a big day out for most cyclists, given that a high proportion of this is on unsurfaced tracks and bridleways. But the Breckland Fen landscape means it’s mostly flat once you’ve left Swaffham and there’s plenty of shelter from any wind. The trails are generally sand and flint so they drain well when it’s been wet. I had a mostly dry run in early February.

There are regular places to stop for supplies, a coffee, a pub lunch, or tea with the Queen at Sandringham. If you want to make a weekend of it, then Kings Lynn is halfway round in terms of time and effort. 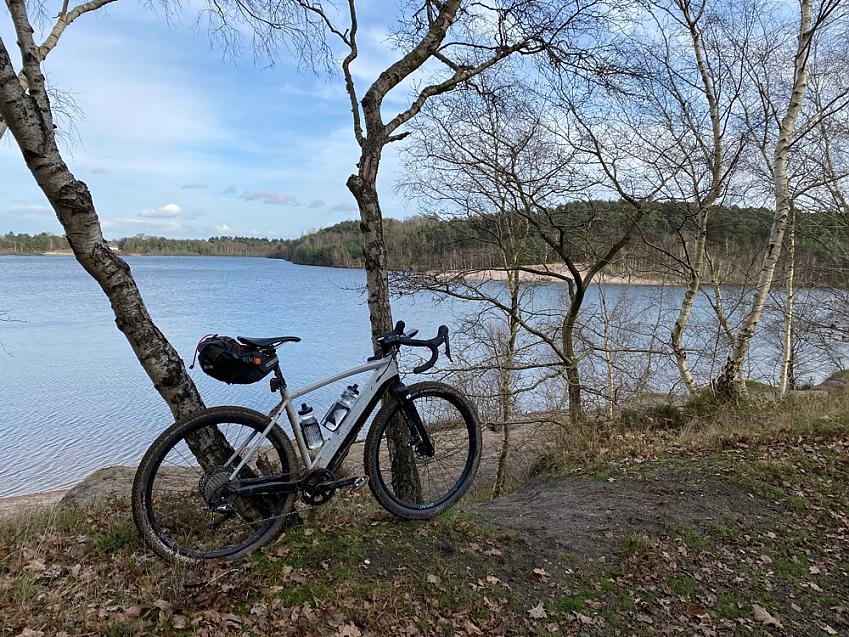 This busy market town retains a lot of its Georgian charm and buildings, including coaching inns to stay at and/or quench your thirst at the finish. While it’s named after its post-Roman Swabian inhabitants, its earlier roots are shown by the Roman road alignments that this largely traffic-free route uses to leave and return on.

Kings Lynn sits in a knot of main roads. However, an excellent bike path network glides you in and out with zero traffic. You’re rewarded with a well preserved and prosperous mediaeval waterfront and town centre, from when it was a thriving trading centre of the European Hanseatic League. 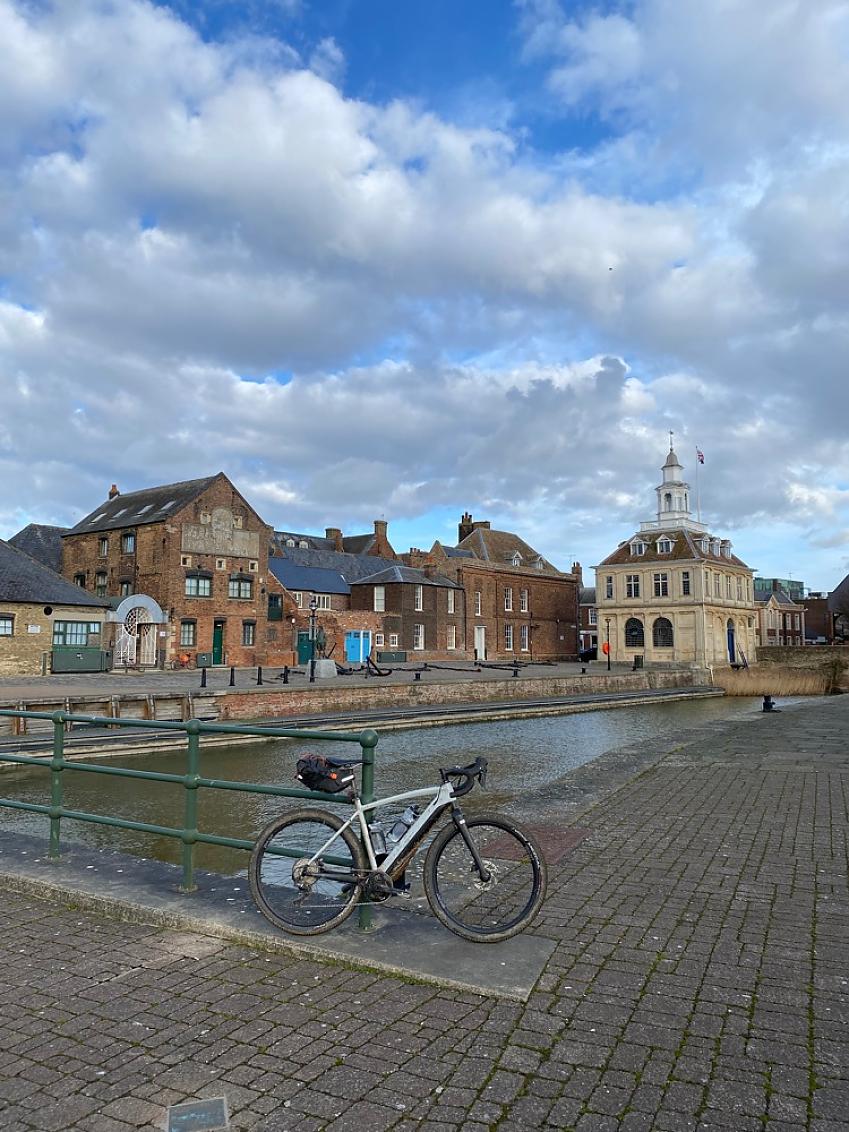 As the name suggests, this picture-perfect conservation village centres around one of the biggest castle moats and stone keeps in the UK. It’s joined to Kings Lynn almost entirely by bike paths, and you leave past the dramatic Norman and Victorian church to run out through the castle’s wide open hunting grounds towards Sandringham. 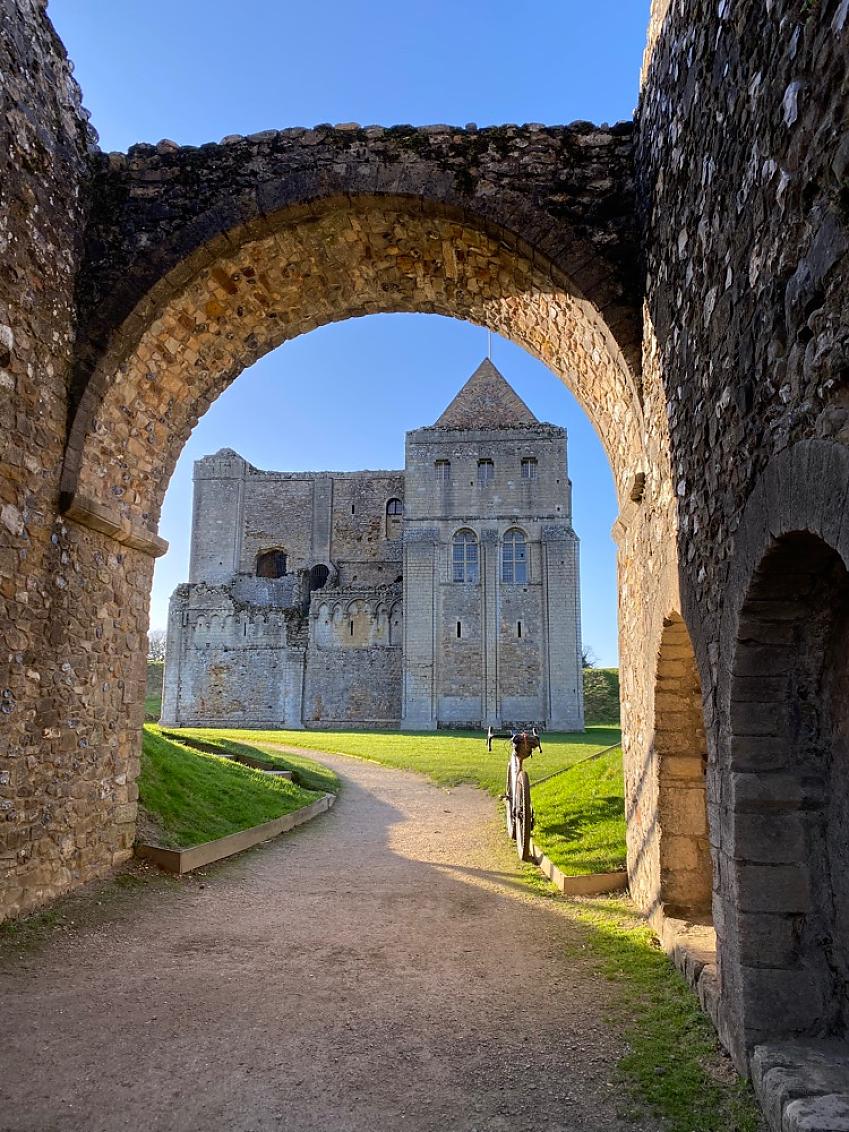 As you’d expect for the Queen’s country residence, the Sandringham estate is an area of immaculately kept parkland. There are also acres of wild heath studded with I-Spy follies and charming gatehouses all the way round to the house itself. There’s a royally themed shop and café – and yes, it does Coronation chicken baguettes.

The Peddars Way long distance path follows a probable prehistoric trackway and definite Roman road from Thetford in the south to Houghton on the coast. The arrow-straight route takes in a mix of flinted track, narrow double-track and quiet back road. It’s a ‘time travel’ gravel experience, with some roller coaster rise-and-fall sections as you get closer to Swaffham. 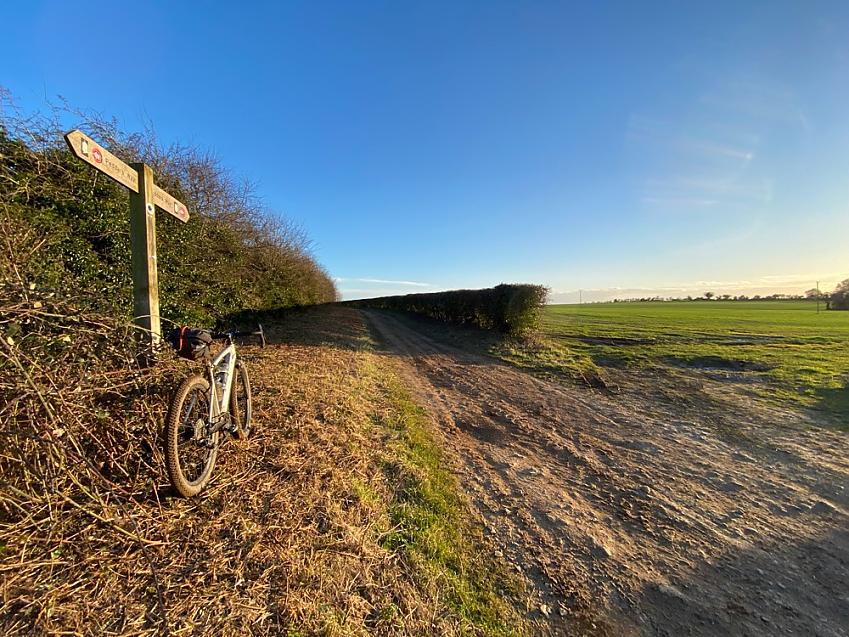 Castle Acre is one of the best preserved examples of a baronial planned village anywhere. Massive motte-and-bailey earthworks and the remains of the stone keep are at one end and priory ruins at the other. In between is a beautiful village centre, including the original bailey gate. The ride out on an old drove road gives you a sense of just how big the priory was. 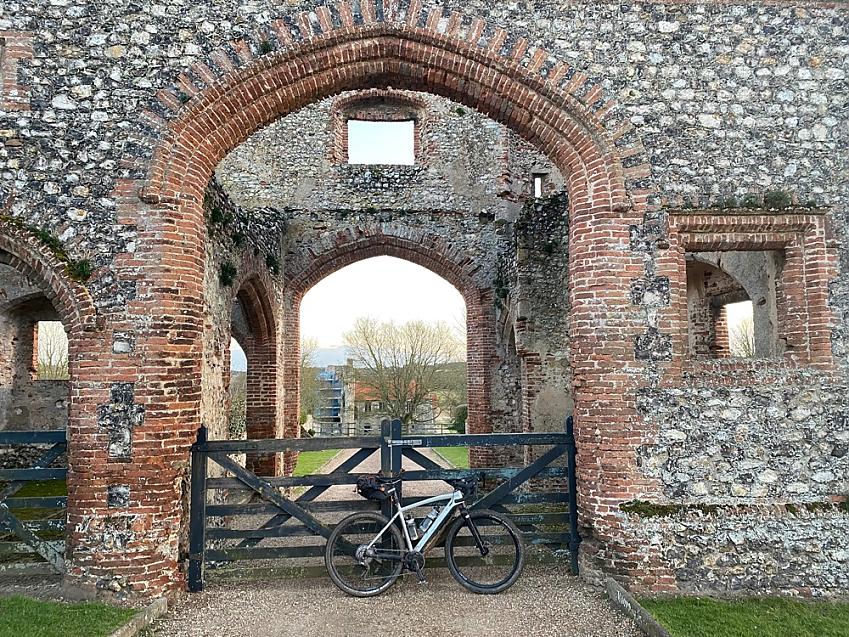