Tales of the Trails: Clydach Vale

Tales of the Trails: Clydach Vale

This route was created as part of Cycling UK’s Tales of the Trails project, funded by the National Lottery Heritage Fund. Cycling UK has worked with the Cambrian Village Trust to capture the stories of residents and bring them to life with cycle trails which take people into the landscape where they happened.

This adventurous off-road route rewards the rider with stunning vistas over forest and valley alike. With some testing climbs, smooth rolling double track fire roads, and in places, more technical, steep terrain, especially so on the final part of the descent, this route is a proper micro-adventure.

Riders should carry suitable clothing, spares and refreshments and be prepared for the forecast weather, as the route tops out on the Bwlch at 500m. A hardtail mountain bike or gravel-adventure bike is recommended.

The friendly Lakeside Café Bar here is the perfect place to start and finish your ride.

It’s hard to imagine now that this area was once filled with industrial activity and the air blackened by coal dust, as you wander around the green and peaceful paths by the lakes. The memorial to those lost during hard, dark days down the pit ensures that all is not forgotten though. 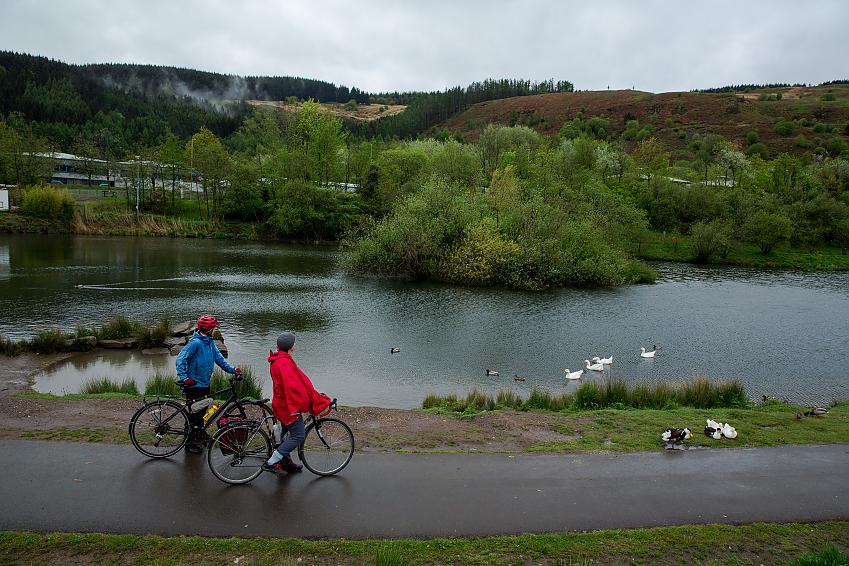 Down below you in the valley, you can spot the memorial which commemorates a mining disaster on 17 May 1965 which killed 31 people.

I remember that day vividly, walking to school. We heard a noise and thought ‘that can’t be very good’. Later we heard it was a gas explosion and 31 men had lost their lives. My friend lost his father, our next-door neighbours lost their son-in-law. It affected the whole community, probably every house in the village

Former miner Bill Richards raised money for the memorial, and a commemoration event is held every year to mark the anniversary of the disaster. 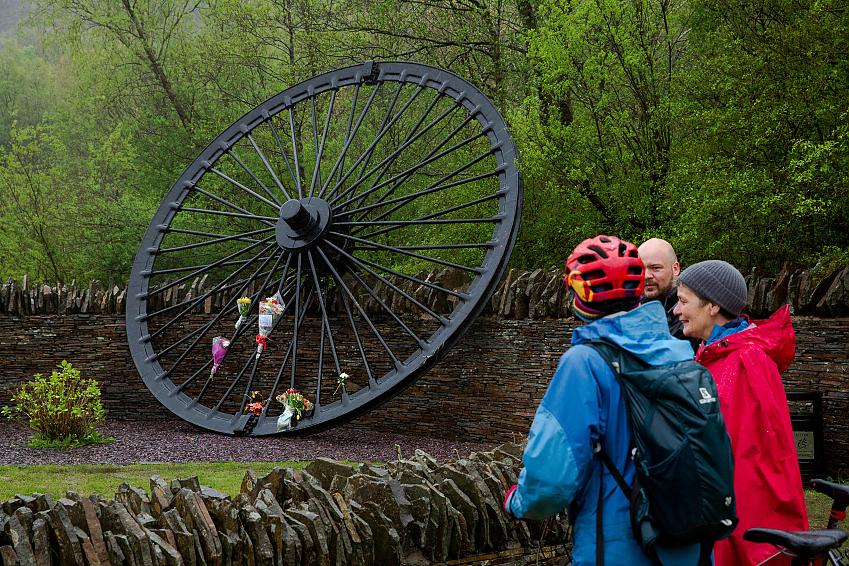 You’ll pass above the site of an old quarry with a sinister story.

According to local legend, a family of travellers once came to Clydach Vale to stay for several days. One evening, they got into a dispute with some local men. The locals chased the travellers out of the village and up the steep paths on the sides of the valley.

Unfortunately, a mother and her five children, one a baby in arms, took the wrong turning and she led her family over the Screaming Quarry, where they all fell to their deaths.

It is said that when you walk down the Cwm Clydach incline during the evening of a hot summer's day, you will hear the blood-curdling screams.