Thanks in part to Cycling UK, there’s a new 30-mile off-road circular route on Salisbury Plain. Sophie Gordon rode it with colleagues.

Blustery wind blew hard over the wide open landscape of Salisbury Plain. Fortunately we were riding a circular route. After a while it was at our backs as we breezed along rutted gravel tracks, skirting (mostly!) around the deep puddles. We were testing a new 30-mile loop around the perimeter of the Ministry of Defence’s Imber Range. Until now, this was only for walkers. Over several years, Cycling UK and the British Horse Society have worked with the MoD to develop a rideable route. The Imber Perimeter Path allows uninterrupted access around this beautiful landscape, while keeping users safe from military training – including live firing and tactical movement by large vehicles. As the MoD’s James Nevitt told us: “Keep to the path for your safety”. Surfaces vary from tarmac and gravel tracks to grassy (muddy!) byways. It’s hard work in winter, but in summer it’ll be a great gravel bike route full of fascinating archaeological landmarks, with views stretching for miles.

Battlesbury Hill and Scratchbury Hill are both crowned by Iron Age hill forts. Luckily, the route goes around rather than over these steep-sided lumps.

This replica village was built during the Cold War for military training, and has an eerie ghost town feel as you ride past.

There aren’t many refreshment stops close to the route, but the Rose and Crown in Tilshead is very nice (despite its lack of crisps).

Imber Range is used for military training, including live firing and large vehicle manoeuvres. But if you stick to the marked perimeter path, you’ll be fine.

A lovely viewpoint on a sunny day. From the top of the hill, you can’t see the 55-metre horse on the slopes very well, but you can explore the Iron Age hill fort of Bratton Camp.

As you head back into Warminster you’ll pass a dramatic steep slope down to the marvellously-named ‘Kidnapper’s Hole’ – there’s definitely a story behind that! 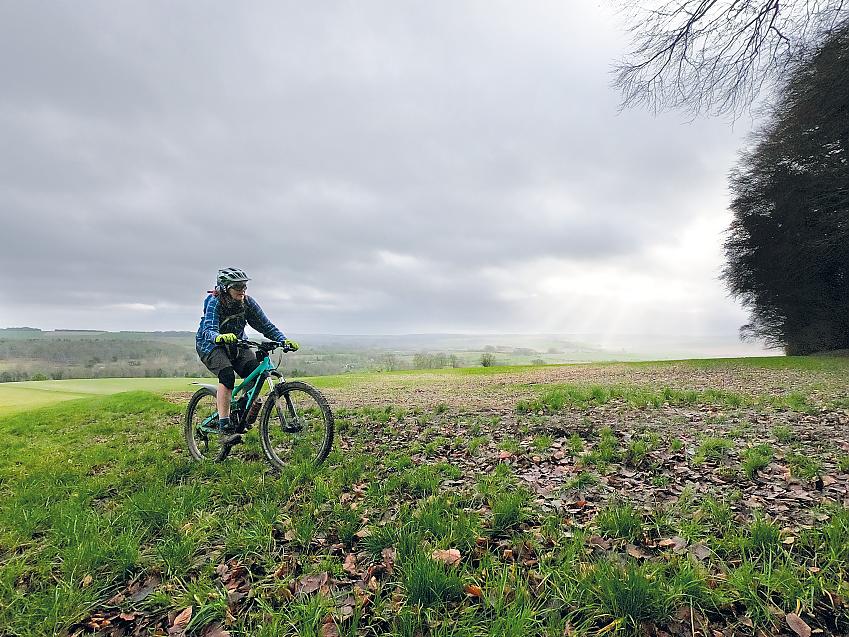 Cycle Magazine, April/May 2020 View
Cycling UK continues to support the UK to cycle
This remains true during this difficult period with the ongoing threat of coronavirus Covid-19
Read our latest advice on cycling