Improve your cycling skills by learning about road positioning. Cycling UK has produced a series of easily accessible video guides on maintenance and road safety. In this guide, we cover basic road positioning and how to tackle junctions safely

Clinging to the pavement? Hanging too close to the curb? If you’re looking to master the road on your cycle to work enjoy our free taster sessions which were run as part of Bike Week 2021.

Why every cyclist whatever their level should learn road positioning

Never hug the kerb. That’s rule one of road positioning on a bicycle.

Less assertive cyclists worry that being further out may put them in the way of the traffic.

It won’t: you are the traffic. Being in the traffic stream helps you to be treated like traffic.

Riding in or near the gutter increases the chances of drivers buzzing past you with inches to spare. You’ll have to contend with drains, cambered surfaces, and debris like broken glass that has been ‘swept’ to the edge of the road by passing cars.

And you’re less likely to be seen at all by drivers. The commonest type of car-cyclist collision is the “Sorry, mate, I didn’t see you” variety.

You must register in a driver’s field of vision. You’ll do that best by cycling where they are looking.

Drivers look where their vehicle will be in the next few seconds: directly ahead.

They pay less attention to people and objects in their peripheral vision. Drivers are obliged by the Highway Code (Rule 163) to give you “at least as much space as a car” when overtaking.

Let that sink in: at least as much room as a car. That means that they should pull out, cross the central, dashed white line, and pull in again when they are safely past.

By riding further out from the edge of the road, you force overtaking traffic to move further out. It can’t stay in the same lane and pass within inches.

How far from the edge?

Normally you’ll be a metre out or more.

The key factor is not so much the edge of the road as the location of the traffic stream on that road; that is, where cars are actually driving in that traffic lane.

Unless you’re turning right, for example, there are two cycling positions to choose from, relative to the traffic stream.

You’ll sometimes hear this called ‘the primary position’, but it’s easier to think of it as ‘taking the lane’. The other position is about a metre to the left of the traffic stream, so long as that doesn’t bring you too close to the kerb.

Sometimes called ‘the secondary position’, you can think of it simply as ‘not taking the lane’.

Did you know more than 70% of collisions involving a bike happen at, or near, a junction?

That's why we've produced a video guide to take you through the most common types of junction and how to negotiate them safely.

How to tackle junctions

And when approaching an obstruction or narrowing in the road, take a more central position and always check over your right shoulder before moving to check it is safe to do so. 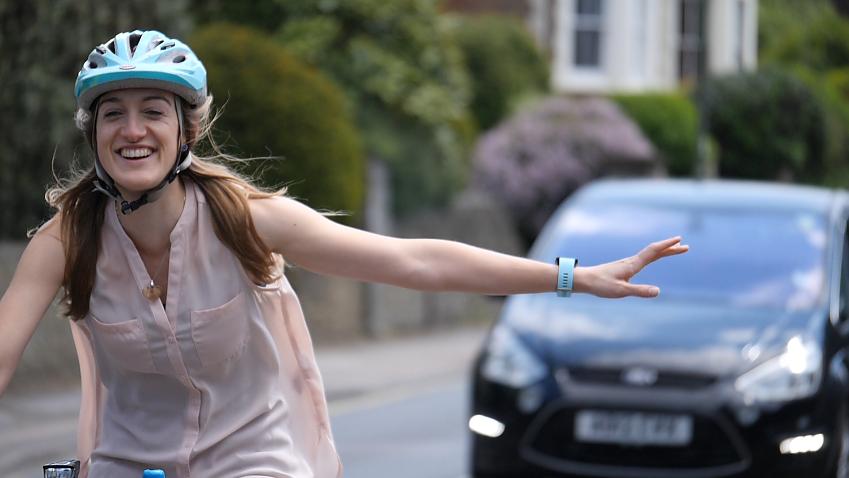 The video covers how to tackle junctions safely

What this video covers: 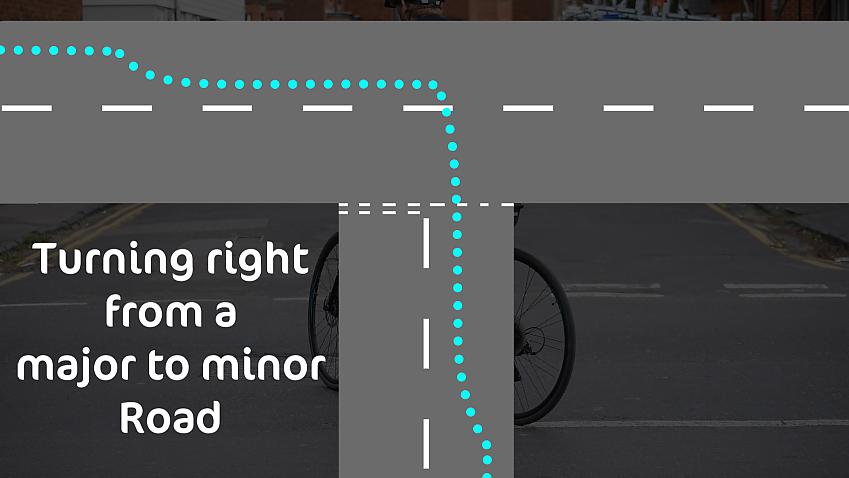 This video has been produced as a series of five instructional guides covering road positioning and bike maintenance. We've also put together five written guides, designed to be downloaded on your phone for reference, covering the M-check, puncture repair, brake and gear adjustments, the essential tools you need and repairing a broken chain.

Free set of bike lights when you join Cycling UK

Claim a free set of lights with a Cycling UK membership when you join Cycling UK today.

Subject to availability and while stocks last.