Morag's journey from science to cycling

Morag at work on a bike

Morag's journey from science to cycling

When scientist Morag Prach moved back to Scotland and started a family after working as an academic researcher, she found her next career move didn’t go to plan.

“I was a stay-at-home mum for a bit but then got back into research but the money dried up and I was out of work again."

Then she had a 'lightbulb moment' when cycling which changed everything and opened up a whole new world to her.

"I was cycling back and forward with the kids to school and I thought ‘this is great’. I started volunteering with a local charity and they got a grant for three years of funding so I started fixing up old bikes and selling them back to the public. Next thing I had a job there, retrained as a bike mechanic and I loved it. It fitted round my young family, it was local and it filled the gap. I took a complete change to do it."

From there, the work just grew and Morag worked with projects like I Am Bikes, Recyke a Bike and NextBikes in Stirling, as well as qualifying as a Bikeability instructor and providing Dr Bike maintenance sessions at outdoor events.

So how did she make the leap to become the Cycling Scientist?

“I always liked the idea of doing something for myself. So I thought of the Cycling Scientist. I went to Business Gateway and they said “great idea, can you get the web address?”. I checked with Companies House to check if the name was available - and it was - so Cycling Scientist was born. It meant I could work from home, get insurance to do bike repairs and still do other tutoring work through the winter which works out well as there are fewer bikes to be repaired and less Bikeability then.”

Morag has been able to keep working from home but also has a special service that some bike shops don’t have.

“I do the repairs at home but I’m also mobile too. I’ve got a bike carrier. I’ve got a certificate of lawfulness for my garage space at home, half of the garage is my business with lots of bike racks, workstands and tools. Most of my customers say it’s great having someone who I can get my bike to without having to think about public transport as I can pick their bike up and drop it back off.”

Like everyone, lockdown made a huge impact on Morag’s work but for her the impact started earlier after a bad accident.

“My lockdown story started in Christmas 2019 when I had a silly accident in the kitchen, cutting through the tendons and nerves at the base of my left thumb. It was touch and go whether I’d be able to use my left hand again but after doing all my physiotherapy exercises it was looking good.  When my physio asked what I do for a living I said: ‘I do bike mechanics and haven’t been able to drive or ride a bike’, they said the fine motor movements of fixing bikes would be the best thing I could do for a speedy recovery. 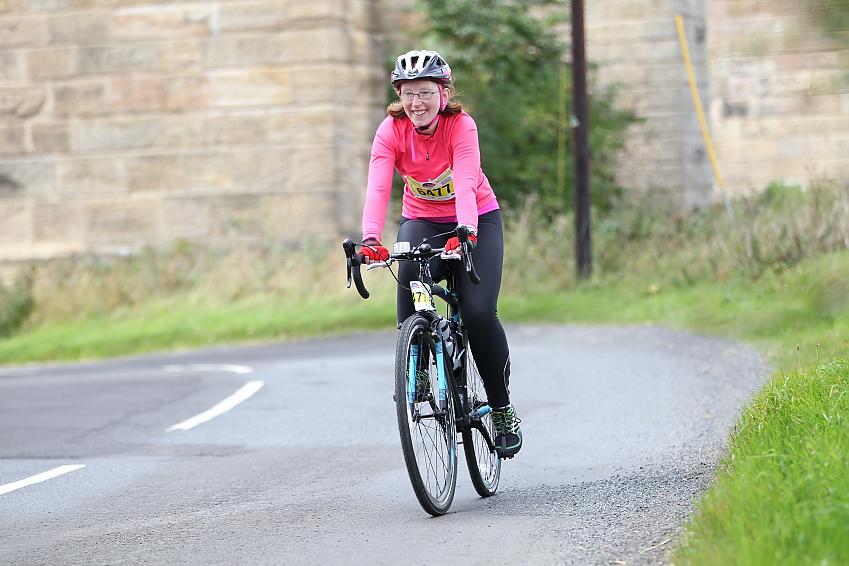 "Just at that point my friend Julie Cunningham - who also works at Cycling UK and is a member of Belles on Bikes in Falkirk, mentioned Cycling UK’s Key Workers scheme which offered grants to bike shops and businesses to provide free cycle repairs to key workers at the start of the pandemic. It was incredibly successful in my area where very few people were able to fix bikes and nobody knew how the pandemic was going to work out. After that, I applied to the Scotland Cycle Repair Scheme and was lucky to get £5000 altogether which helped me work on 109 bikes in total.”

The Scotland Cycle Repair Scheme was funded by the Scottish Government, providing free repairs and servicing on over 30,000 cycles before it closed earlier this year.

These schemes were a real success for Morag who was deluged with interest from new and existing customers.

“I was a bit panicky the first couple of days as my phone was ringing off the hook. I normally just advertise my business on Facebook and word of mouth and now I was getting messages on Facebook, through Cycling UK, on my mobile, from friends of friends. They’re all new customers to me now so that’s a win-win."

For Morag, the benefits of becoming involved with the Scotland Cycle Repair Scheme have been long-term.

"This whole process helps the individual who wants the bike fixed but helped me as a small business as I didn’t have to apply for any other funding to see me through Covid. My business grew through the pandemic and I now have regulars that have been coming back to me now since the original lockdown.”