Cycling UK continues to support the UK to cycle
This remains true during this difficult period with the ongoing threat of coronavirus Covid-19
Read our latest advice on cycling
Plan for a scheme in Leicester
Tuesday, 9 April 2013

Cycle-friendliness is one of our themes this month, not least because of the improvements due to junctions and routes at 78 locations in England thanks to the Government's Cycle Safety fund, while London Cycling Campaign's 'Safer Urban Lorry' is a step forward in the HGV battle.

As far as local cycling levels are concerned, some places certainly have a lot to be proud of, but in others cycle-friendliness still needs a serious boost. The latest figures from the DfT and the returns from the 2011 Census show a very patchy picture indeed.

The All Party Parliamentary Cycling Group's report on their 'Get Britain Cycling' inquiry will be out next week, so watch out for that - and if you haven't got in touch with your MP urging them to sign the Get Britain Cycling EDM 679, now's a good time.

Finally, the publications we've highlighted this month span a wide range of subjects, from an excellent guide to recording Rights of Way before we lose a lot of them, to a report on London's transport system. And there's much more as usual, so do read on.

Keep up with the latest cycle campaigning news from CTC - subscribe to the CycleDigest e-bulletin.

78 routes and junctions to be cycle-friendlier within 12 months

Cyclists will benefit from improvements to routes and junctions at 78 locations in England within the next 12 months. Some of the schemes are radical and impressive, including the partial removal of a gyratory in Leicester and the construction of a £2m cycle bridge in Bury St Edmunds.

The Government and local authorities will share the £40m cost.

New data for cycle use in England show that the Olympic bounce in 2012 perhaps wasn't quite as powerful as commentators at the time thought it might be. However, the fact that the Department for Transport is issuing local figures at all is an advance - until recently,  they only published nationwide figures for cycle use.

2011 Census figures weren't very encouraging either, unfortunately. Also issued a short time ago, they show little change in commuting levels since 2001, but as with the DfT's  local cycling data, the picture is patchy - some places still boast relatively high levels of cycling.

Check out the Census figures for where you live - see Chris Peck’s blog.

In February,  CTC's  ‘Prioritise this!’ campaign asked cyclists to email their newly elected Police and Crime Commissioners (PCCs, England & Wales) and call on them to prioritise road safety in their imminent Police and Crime Plans for 2013-2016. Partnerships, targeted operations and police cuts were amongst the most common issues highlighted by PCCs.

Rhia Weston, CTC's Road Safety Campaigner, has analysed all the results and suggests some further action.

London Cycling Campaign has  published designs for a new Safer Urban Lorry and is calling on construction companies to adopt them. The lorry features a lower seating position and a larger window so that the driver can see the area both at the front and at the sides of the cab.

Each year, half the cyclist fatalities in London typically involve lorries, about three-quarters of which are vehicles from the construction industry.

Also, London Cycling Campaign protested outside a number of borough town halls last month, putting pressure on councils who have not yet committed to LCC’s Safer Lorries pledge.

Cycle Law Scotland, a new legal service for cyclists, has launched a  campaign to change civil law in Scotland that, if successful, would mean that cyclists and pedestrians would receive compensation automatically and promptly for injuries/damage sustained in a crash with a motor vehicle. CTC Scotland is supporting the campaign.

Road defects are a serious hazard for cyclists in particular, and bad winters make the situation worse. Remember to report the potholes you come across at CTC’s Fill That Hole.

Good news for cyclists surfaced in an answer given by the Mayor of London, Boris Johnson, to a question about cycle lanes and potholes. He said that from now on “TfL’s maintenance arrangements will include bespoke inspection regimes and defect categorisation requirements for the designated cycle routes on the TfL Road Network, so that future maintenance activity will closely reflect the intensity of cycle activity upon them.” (Question posed by London Assembly member Darren Johnson (Green), Written Answers, number 0817/2013, 20/3/2013).

Cycle to Work for Tesco staff

Supermarket chain Tesco is now offering the Cycle to Work scheme to its 300,000 staff, giving them all the opportunity to hire and, if they want, eventually buy a cycle tax efficiently. Tesco estimates that if just 1% of staff takes up the scheme, it could mean as many as 12,888 car journeys being replaced by cycle journeys each month. 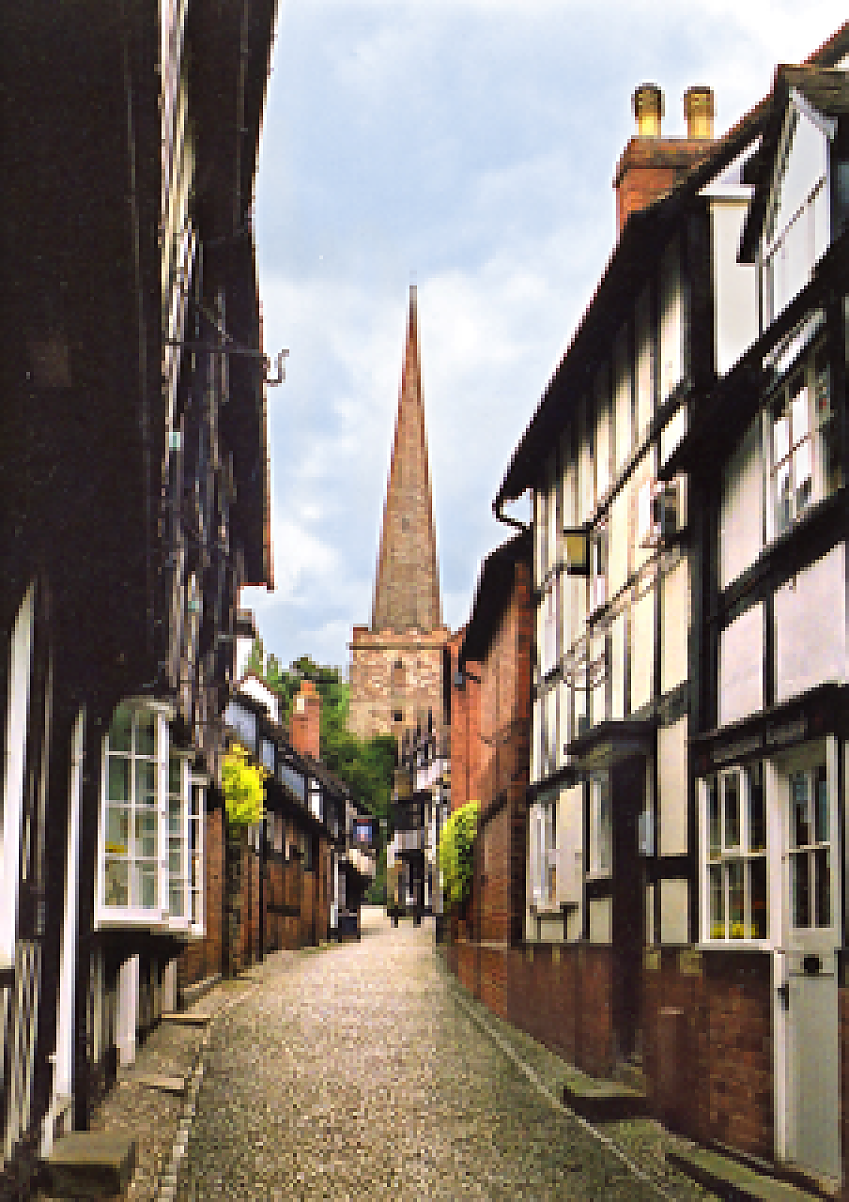 A group of cyclists in Ledbury, including CTC members, has boosted the market town’s well deserved position on the cycle tourism map by linking up to the national Come Cycling website.

See our case study for more on Ledbury’s experience, with advice on how to set up an initiative in your own locality.

Forming part of the Two Tunnels Greenway, the longest cycling tunnel in Britain has just been opened to the public by Sustrans. The Combe Down tunnel is a section of a four-mile stretch of disused railway line between Bath and Midford.

The Two Tunnels project has been funded by a Big Lottery ‘Living Landmarks’ award won in a public vote in  2007; Bath & North East Somerset Council contributed £400,000; and community fundraising in Bath brought in an additional £200,000.

Cycle to the sea

A new long distance route for cyclists and walkers that runs through the heart of East Hampshire was officially opened in March. The Shipwrights Way runs across the South Downs National Park and finishes at Portsmouth's Historic Dockyard, which houses Nelson's ship HMS Victory.

There are seven rail stations along the way, making it easy for people who’d like to experience the trail in sections. Oak grown at Alice Holt Forest was used for medieval shipbuilding in Portsmouth’s dockyards – hence the route’s name.

The Shipwrights Way is the work of a partnership between East Hampshire District Council, Hampshire County Council, the Forestry Commission and the South Downs National Park Authority.

Support the 20mph (30 km/h) cause in Europe by signing up to the European Citizens' Initiative '30kmh – making streets liveable!'

Rights of Way: Restoring the Record 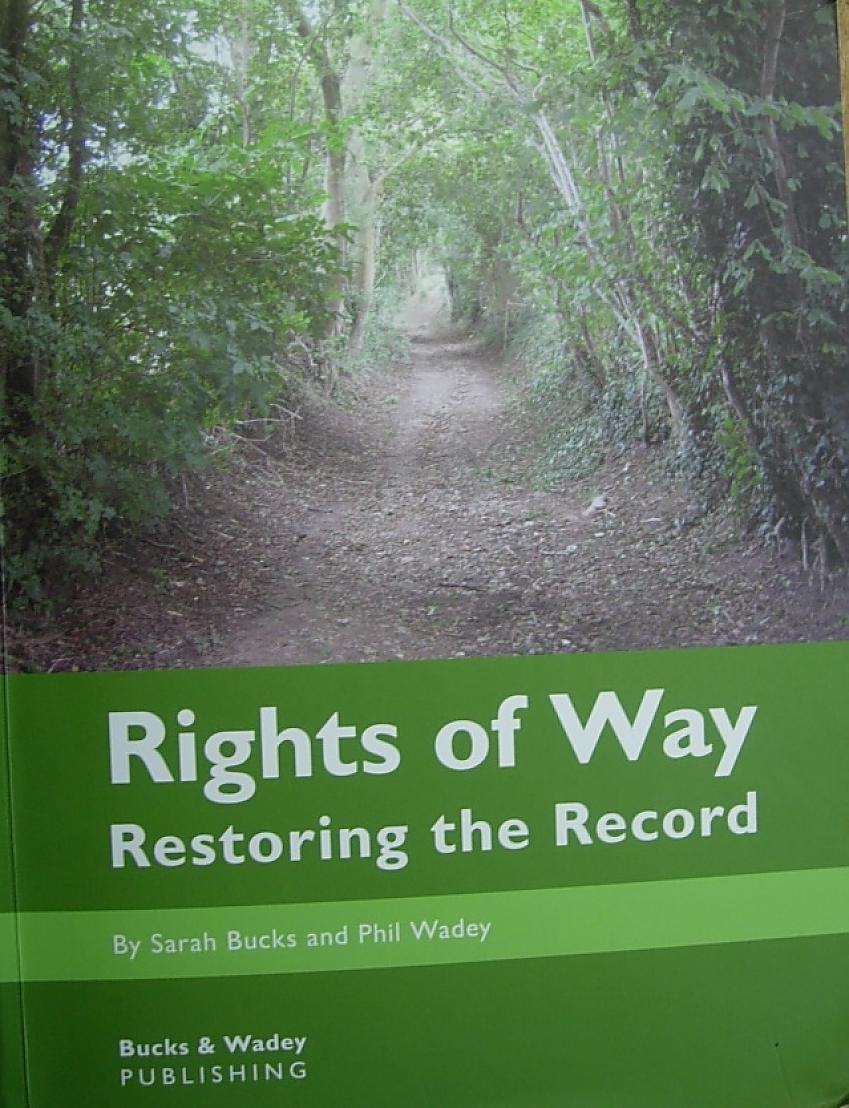 Although we already have some 32,000 km of bridleways and byways in England & Wales available for recreational or utility cycling, the network is potentially much, much larger.

However, unless we do something about it, off-road cyclists could lose out on the chance to convert all these fragments into a coherent network of usable circular rides - which is where this book comes in. It carefully explains how to use evidence to prove or disprove the existence of public rights of way.

A report concluding that, despite room for improvements, London’s transport system is world class. The author stresses the importance of future funding, however, and includes a critical assessment of cycling noting that despite rapid growth, it still only accounts for 2% of journeys and a high level of  casualties. Uses data gathered from a survey of 3,500 London transport professionals.

The Future of High Streets

Department for Communities and Local Government

A report that “outlines the problem that the government is trying to tackle, describes the work that has gone on over the past year, and sets out what will be done next.”

Unfortunately, one thing that the report says will be done next has disappointed Living Streets (who campaign for pedestrians) and CTC. The  section ‘More powers for more parking’ hangs on to the belief that more car parking space in town centres attracts shoppers.

Living Streets’ Chief Executive Tony Armstrong said: “It beggars belief that as the Department of Health issues advice that the public should be more physically active and walking should be encouraged, that the DCLG is suggesting ways to make our streets more congested, more polluted and less attractive to walk in.”

Research has found that people on foot spend more than those arriving by car and that cyclists are significant high street spenders too. Traders tend to overestimate their customers’ use of cars and the distances they travel. Look out for CTC’s forthcoming briefing on cycling and the economy for more.

Unsealed, Unclassified Roads: Their history, status and the effect of the Natural Environment & Rural Communities Act 2006

Unsealed, unclassified roads (UCRs) are an extremely useful resource for off-road cyclists as they can be more usable than bridleways and byways because of their width - and they sometimes have some form of stone surfacing too.  Read the full review by Colin Palmer, CTC's Off-road Adviser.

CTC's series of policy briefings is growing! It covers a wide range of topics from cycle-friendly employers to the principles of cycle-friendly design and planning. Each briefing sets out headline messages (for those in a hurry), CTC's formal views and key facts and arguments that look at the subject in depth.

The briefings are designed for anyone with a professional or voluntary interest in cycling. Do have a browse.

Meet the experts to discuss how to implement strategies that encourage more cycling in British cities. For representatives from government, employers, consultancies, suppliers, 3rd sector and public health bodies.

Theme: ‘A slower pace makes a better place’
Coordinated by PTRC, 20’s Plenty for Us and Living Streets