Three Cycling UK members have set off on an epic challenge to complete 100 of the most iconic cycling climbs in the UK – all in a 29-day road trip.

Friends Dominic Millar, Graham Salisbury and James Findlater are not shy of a challenge when it comes to riding their bikes.

They have just departed from the Surrey Hills aiming to ride more than 100 miles a day over the next month, taking in all 100 climbs featured in Simon Warren's book, the 100 Greatest Cycling Climbs.

It means that every day they'll be completing around 2,800m (1.75 miles) of vertical climbing, and over the course of the trip will have climbed a total of 81,000m or around 50 miles.

As they departed on their first leg from Guildford to Steyning, near Brighton, they were joined by friends, well-wishers and fellow Cycling UK members. Under clear blue skies they set off for the climbs of Leith Hill, White Downs, Box Hill, White Lane, Toys Hill, York’s Hill, the Wall and Ditchling Beacon - well known by cyclists across the South East. 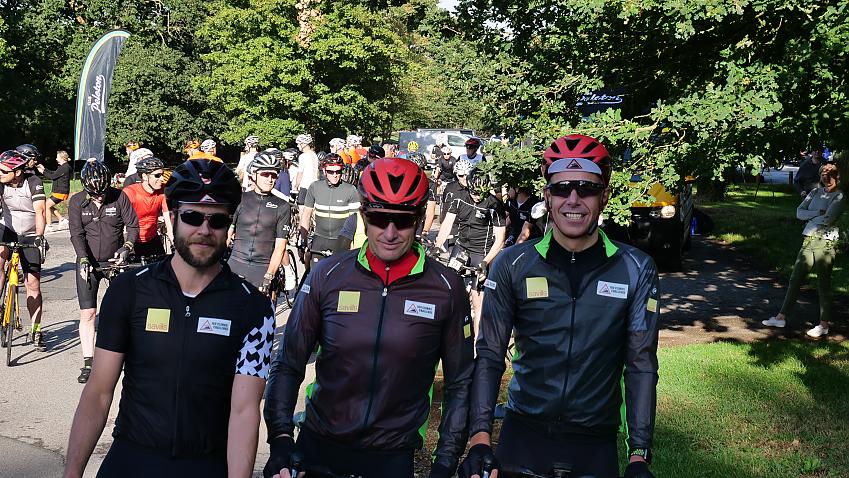 Although a number of cyclists have ticked all the climbs in the book, no one has ever ridden between them to complete the challenge. And to help them on their way, the trio are appealing for Cycling UK members across the country to join them.

Dominic Millar, 49, from Guildford, said: “We have about 20 people today going down to Steyning, and then we’re going from Steyning to Dorchester and there’s about half a dozen people, but then when we go into the South West and Wales it’s quite remote and we'd really appreciate it if Cycling UK members would join us.

“Join us for a day, or two days, it would be lovely to see you, to take the wind and to help us around!"

Their route will take them through Wales, into the North West and beyond into the Scottish Highlands, before they head back along the east coast of England, arriving back in Surrey mid-September. 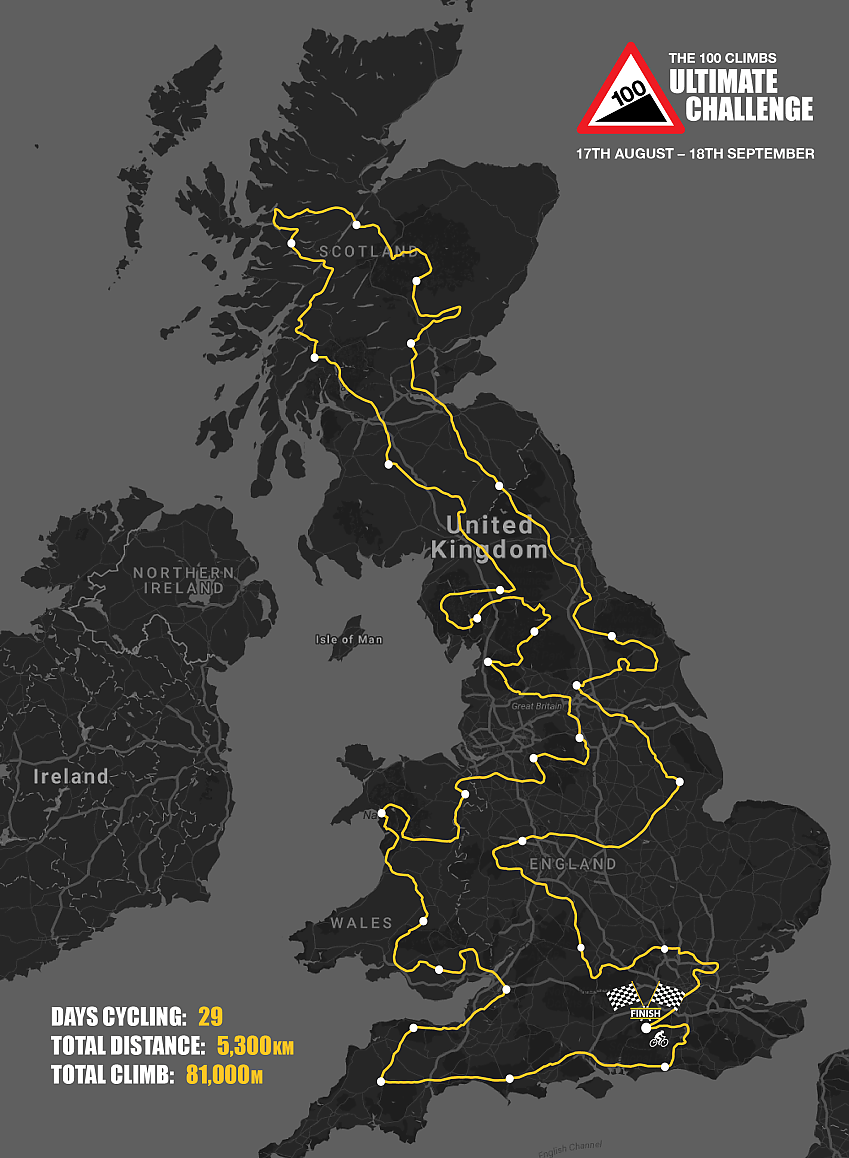 Graham Salisbury, 49, from Liphook in Hampshire, said: “The thing I’m probably looking forward to the most is Bealach na Ba (in the Scottish Highlands)  when we turn around in Scotland and start heading south. It’s all downhill from there!

The third member of the team, James Findlater, 40, from Bristol, said: “We have four charity partners who are all incredibly important to us for very personal and individual reasons and this is a great opportunity to raise money for those fantastic causes is what really brought us together, got us focused and, hopefully, got us in pretty good shape.” 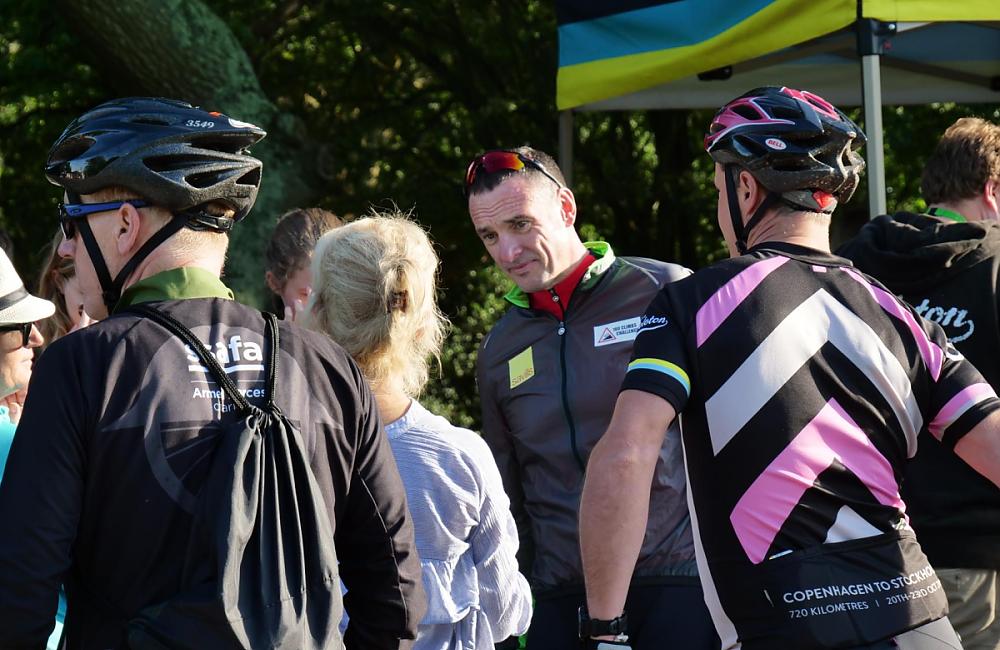 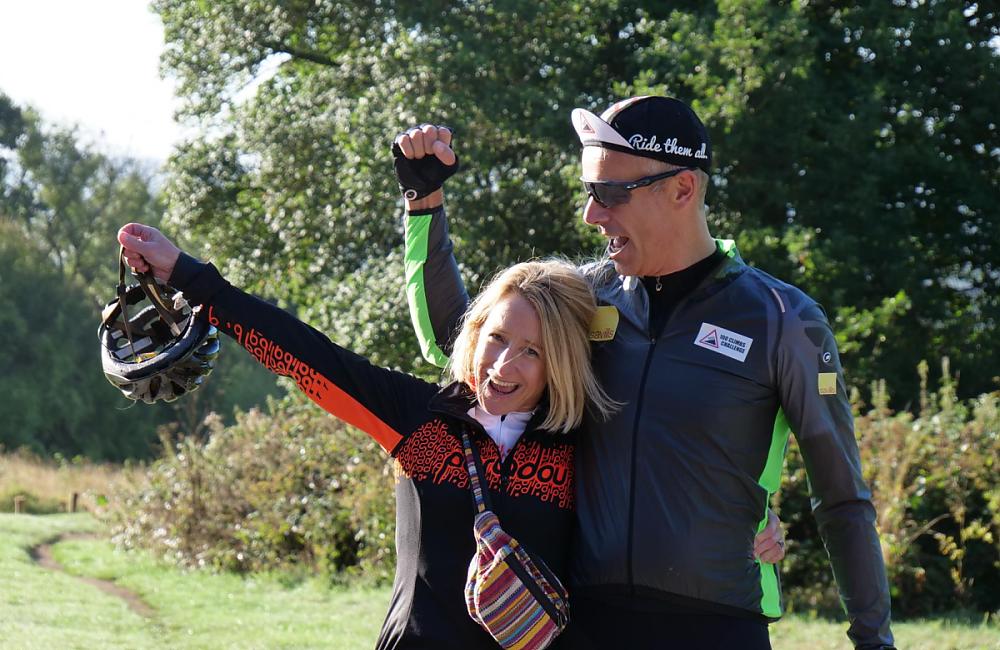 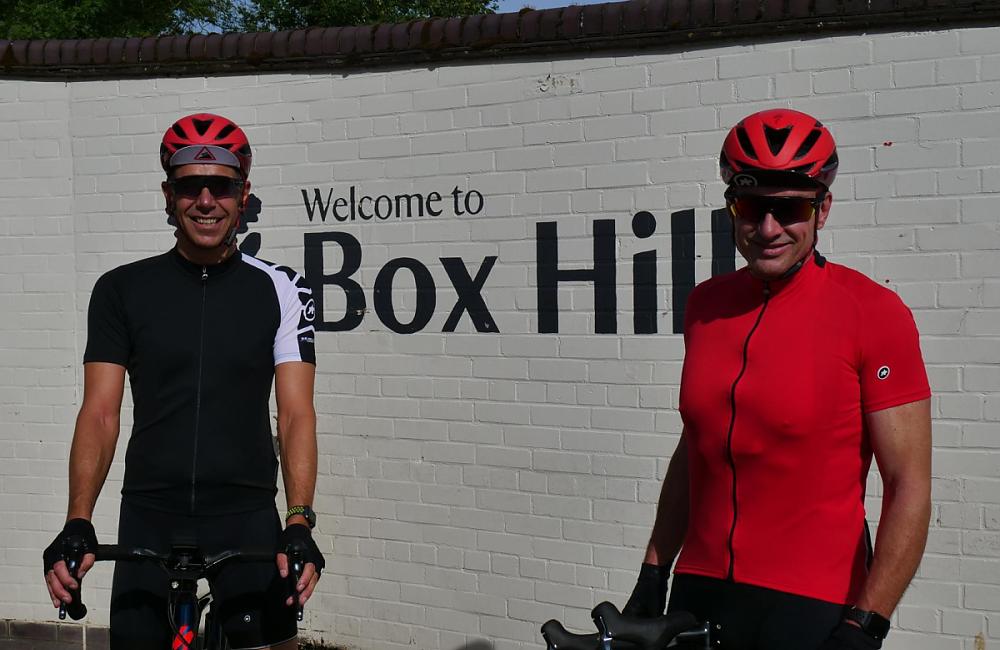 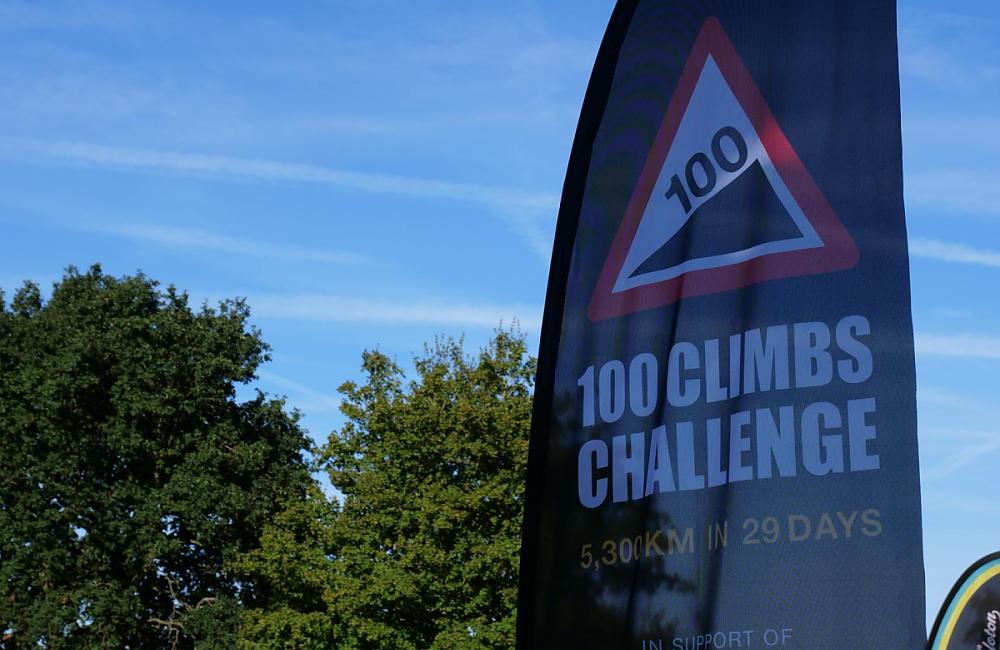 If you want to find out more about the challenge and how to join in with the ride, head to the 100 Climbs Challenge website.