Taking the highest road to raise money for charity

Conditions will not be much better than this as Simon walks up and rides down Snowdon. Photo Simon Allen
By Sam Jones
Friday, 27 April 2018

Taking the highest road to raise money for charity

What steps would you take to help your family? For one Cycling UK member, they will literally climb a mountain just to ride down it...

With close to 375,000 people walking up Mount Snowdon every year, it’s by far and away the UK’s most popular mountain – and in fact one of the most climbed mountains in the world.

Despite its popularity, you underestimate this 1085m peak at your peril. It is a proper mountain, with changeable weather patterns and paths which can become perilous to the unwary. It’s a challenge to walk up with a day sac, whether you’re scrambling along Crib Goch or plodding up the Pyg Track. Heading up the Ranger Path with a Camelbak filled with water and chocolate while lugging a 17kg downhill mountain bike to the top with rain and snow forecast, before hurtling back down the way you come takes the challenge to a whole new level.

That’s exactly what 37-year-old Cycling UK member Simon Allen intends to do today (Friday 27 April). Simon’s not just undertaking this monumental challenge for the thrills, he’s doing this with the hope of raising at least £1,400 for Cavernoma Alliance UK, the charity which has helped his firefighter brother, Joe get back on his feet after suffering from a stroke caused by a cavernoma when he was 38.

“Joe was feeling dizzy - not too well at all,” recalled Simon. “He went to the walk in centre and was soon sent on to the hospital where his condition deteriorated.”

Joe’s diagnosis came back with a cavernoma, and after leaving hospital the real struggle began. Fortunately for Joe and his family, CAUK was there to help throughout his recovery and rehabilitation.

Roughly one in 600 people in the UK are living with a cavernoma – which according to CAUK means 90,000 people are suffering from this affliction.  Cavernomas are made up of abnormal blood vessels and can be found in the brain and/or spinal cord and look like a raspberry. They’re often diagnosed after symptoms are displayed including severe dizziness, seizures and headaches – which is exactly what happened to Joe in March 2017.

A year on and thanks to CAUK and Joe's sheer determination, heis much better and will be cheering his brother on from the slopes of Snowdon as he toils up the bridleway weaving its way up the mountain’s eastern flanks. 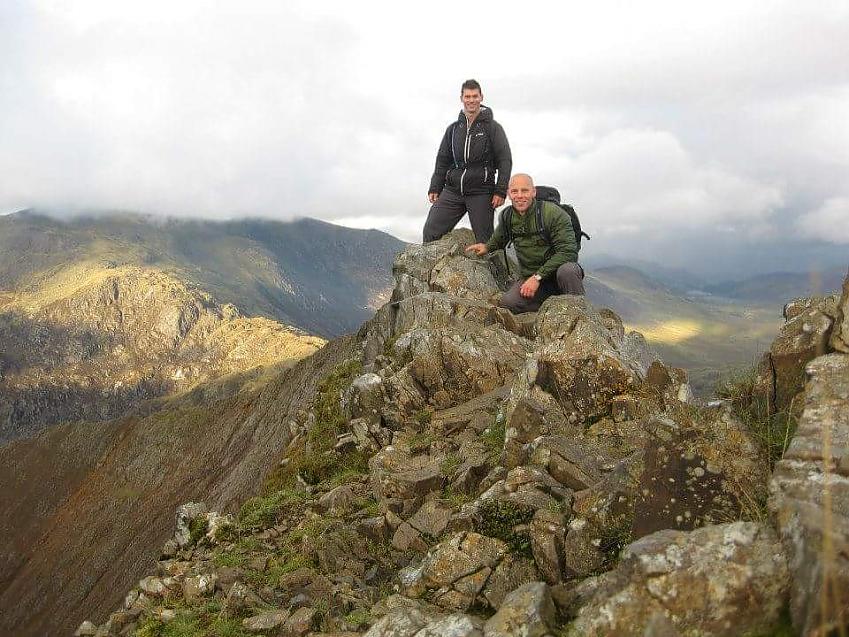 It’s clear Snowdon is a special place for the two brothers. They have walked and climbed up it seven times already together with his father and uncle. It’s become a bit of pilgrimage, and since 2010 on every third weekend of September you can see the four men toiling up the steep slopes of Wales’ highest mountain.

We were walking back down, when I suggested wouldn’t it be great one day to ride it – the other three immediately said ‘No - too much work!'

The inspiration for Simon’s challenge came on one such expedition. “We were walking back down,” said Simon, “when I suggested wouldn’t it be great one day to ride it – the other three immediately said ‘No - too much work’!”

They’re right, as Simon aims to walk, push and ride his Transition TR450 up the eight miles of the Ranger Path, climbing 937 metres in the process, in just 2.5 hours. Putting this into perspective the Snowdon Walks website estimates the average ascent along this path to take 5.5 to 6.5 hours. Upon reaching the top, Simon is then aiming to return to the bottom in just 20 minutes. 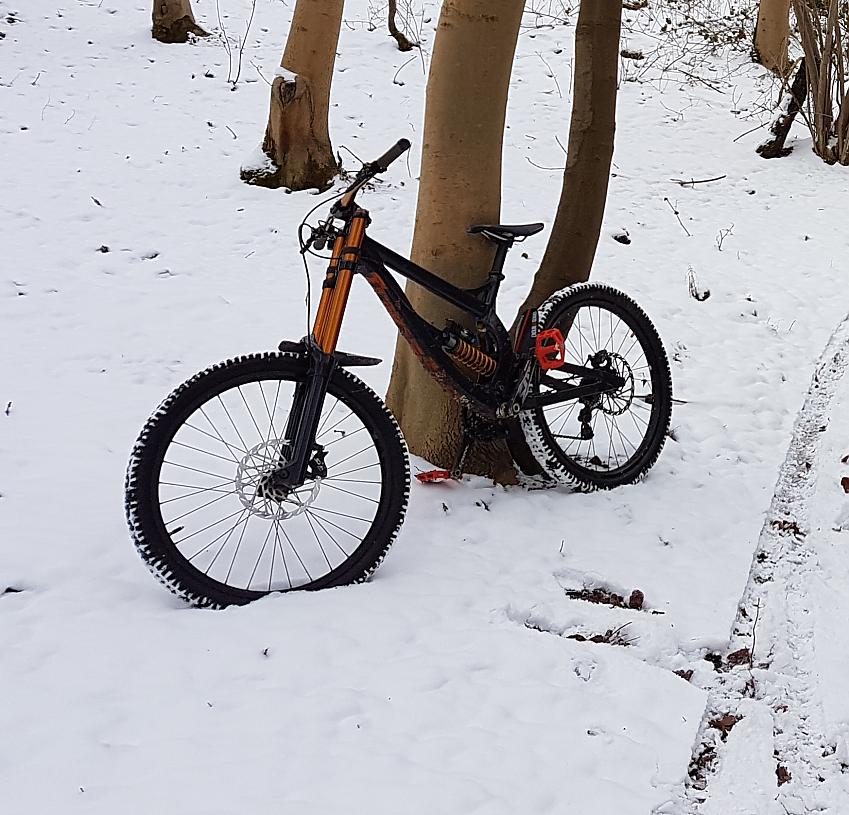 Transition TR450 in the snow

The magnitude of the challenge is not lost on Simon who undertook a recce with his father in March. They took just under four hours to reach the summit, but it’s not the ascent that Simon is concerned so much about but the descent. Picking his way down the switch backs and technical terrain of the Ranger Path will require all his concentration, but as an architectural metal worker, Simon’s no stranger to intricate work.

“I’ll need to get up in a good time but not be too shattered. The terrain looks good, and while there are some tricky bits with large rocks to deal with, I think I can avoid any nasty surprises,” said Simon, “I’m feeling pretty prepared, but with my longest downhill mountain bike descent being about seven minutes at Bike Park Wales – this route is going to be four times longer and will be much tougher both mentally and physically.”

It will also be an early start for Simon, Joe and his dad as they’ll be leaving his home in Tring, Hertfordshire at 5am, with a view to start up Snowdon by 0930. Simon’s was clear why he was looking at such an early start: he didn’t want to upset others’ enjoyment of the mountain. It’s one of the reasons why he picked the less well travelled, but technically more challenging Ranger Path too and is also making his bid during April before the voluntary ban on cycling starts in May. This means while the weather is inconsistent, visitor numbers and therefore the potential for conflict with other trail users is relatively low.

“I’m doing this challenge for Joe and CAUK. While I’d love to complete my challenge in under three hours, I’m not going to blast on through to make my time if it means putting others out,” Simon explains. “We all have the right to enjoy this special mountain and I don’t want to spoil that for anyone.”

Over in our Guildford offices, we’ll all be cheering Simon on – good luck!

Mountain biking on Snowdon? Here's what you need to know View
Cycling UK continues to support the UK to cycle
This remains true during this difficult period with the ongoing threat of coronavirus Covid-19
Read our latest advice on cycling
Join Cycling UK to help us change lives and communities through cycling
Membership gives you peace of mind insurance, discounts in cycle shops, rides & routes
Join now