Hundreds of Swindon residents took to the centre of town, usually a bike-free area, to be a part of the Olympic Cross Country Mountain Bike race on Saturday 11August.

CTC Cycling Development Officer, Anna Cipullo, cornered off an open square in the centre of town under a BBC Live Site screen as they broadcast the ladies’ Olympic Cross Country Mountain Bike Race.

Unfortunately, our British rider, Annie Last, did not receive a place on the podium, However, that didn't stop competitors in Swindon.

Local clubs battled for the title of Overall Team Winner in the Watt Bike race.

Swindon Road Club took the Gold in the team race and Swindon Cycle Speedway Club took Bronze, but Anna's winners of the day were Silver-medallists’, MBSwindon, who also tirelessly coached an endless queue of kids wanting to ride on our portable mountain bike obstacles in front of the Live Site big screen. 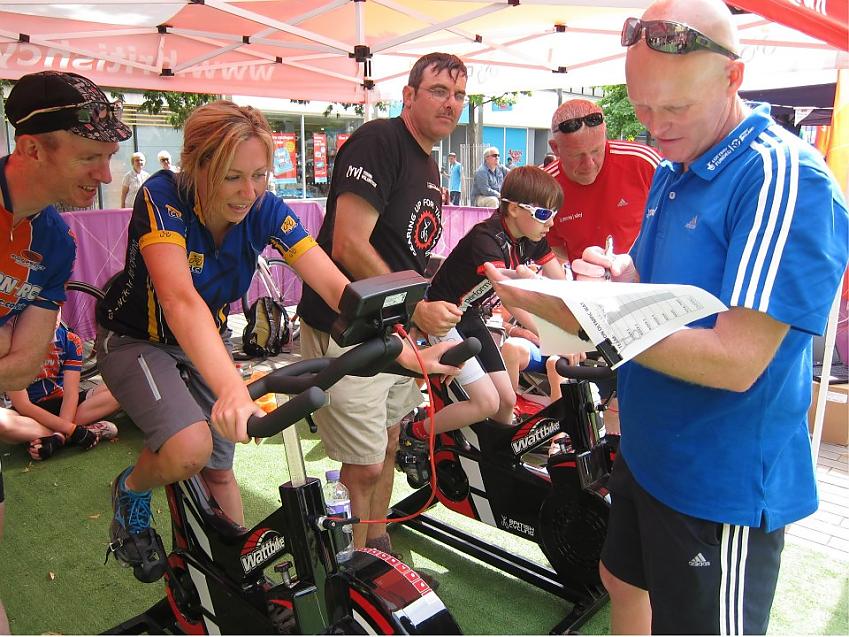 As Olympic hopefuls gave it all they had on screen, the general public took inspiration to try out our mountain bikes and blast on the Watt Bikes in an attempt to beat the impressive times set out by the local clubs that morning.

Change4Life workers drew in the families to talk about small steps to making their lives healthier.

Swindon Travel Choices handed out useful information about making cycling a real alternative to cars for transport, and Rough Riderz proved that being in a wheelchair doesn’t limit your options to seek the thrills of mountain biking.

The 100-seat tiered stand and spread of bean-bags went down well with spectators on the day as they watched the race.

Although many viewers didn’t take part, we hope the seed has been planted for a later date. Here’s hoping that mountain biking is on the increase after the Games, and not just in Swindon! 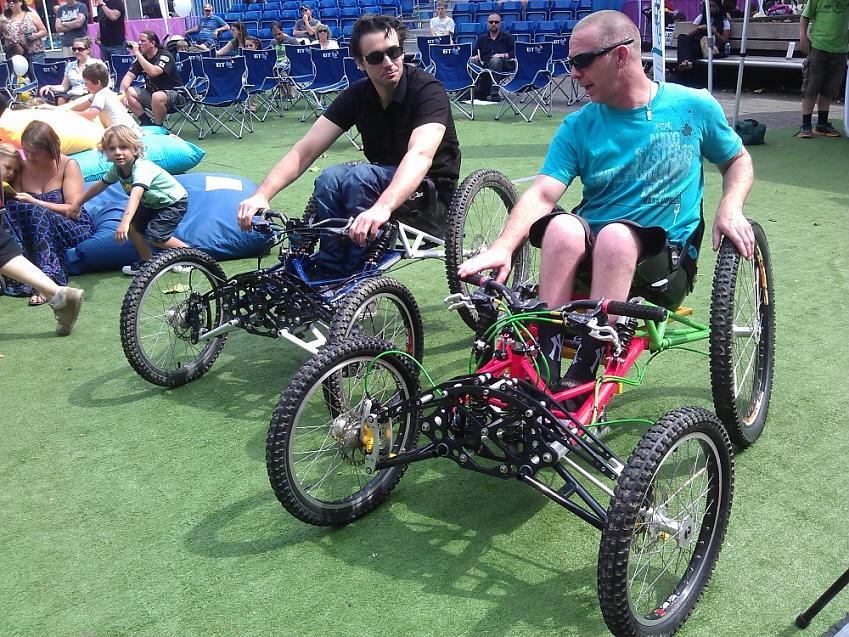