Cycling UK members from across the UK came together at the Annual Dinner and Prizegiving in Glasgow to celebrate the amazing achievements of the army of volunteers who give time to support Cycling UK and encourage more cycling.

Every year, Cycling UK members and local groups nominate the cyclists who have done the most to encourage and support cycling. The awards give the volunteers the recognition they deserve and highlight some of the ways Cycling UK members are changing people's lives.

On Saturday 10 May 2014, the winners of the CTC Awards were announced in Glasgow at the CTC Annual Dinner and Prizegiving.

CTC Chief Executive Gordon Seabright announced the winners of the National and Regional Annual Volunteer of the Year Awards and the CTC Tourist Competition at the CTC Annual Dinner and Prizegiving at the Radisson Blu Hotel in Glasgow.

The spirit of selflessness and companionship shown by Cycling UK's volunteers and Local Cycle Campaigners is incredibly inspirational. Without them, cycling in the UK would be much, much poorer."

The trophies and certificates were presented by Alison Johnstone MSP, who is a keen supporter of cycling in Scotland.

Glynis Francis is a World Champion and an inspiration to hundreds of Manchester women. Her ground-breaking cycling network for women, Team Glow, has attracted hundreds of women – some of whom had not picked up a bike for decades – and turned them into accomplished cyclists.

Colin is the backbone of Fleet Cycling. He organises rides in Hampshire and even takes a group every year to the Semaine Fédérale in France. Colin was also instrumental in the creation of the Fleet Bike Path.

Graham Farrington is currently Chair of Cycle Somerset, a local leisure cycle club based in Taunton. He is a founding member, treasurer and volunteer with Taunton Bike Club, which runs cycling  activities for 8 – 16 year olds.

Volunteer of the Year for East region - Jackie Cooper

Jackie Cooper has made a great contribution Stevenage CTC. Her great organisational ability is reflected in her choice of roles and she has been a key part of encouraging more people to get out on their bikes and make new friends.

Stevenage CTC are celebrating their Silver Jubilee. They organised a record 231 bike rides in 2013. That’s an average of more than four a week. The rides varied from 8 kilometres (5 miles) to 210 kms (130 miles). Last year their membership increased by 11.3% to 414.

Sue Coles is a Cycling UK Local Campaigner that gets results. She successfully protected a cycle path that was due to be removed and works hard making sure her local councils in Hampshire listen to cyclists.

Elizabeth Reather is Chair of Leeds Cycling Campaign and has worked hard to improve cycling in Leeds. She became involved in campaigning for better conditions for cyclists in Leeds after finding that her bicycle commute in Leeds inevitably included an extremely fast and dangerous road.

Almost 1000 cyclists competed in the CTC Tourist Competition in 2013 and the battle to be top of the table was dominated by riders from Chester & North Wales CTC. 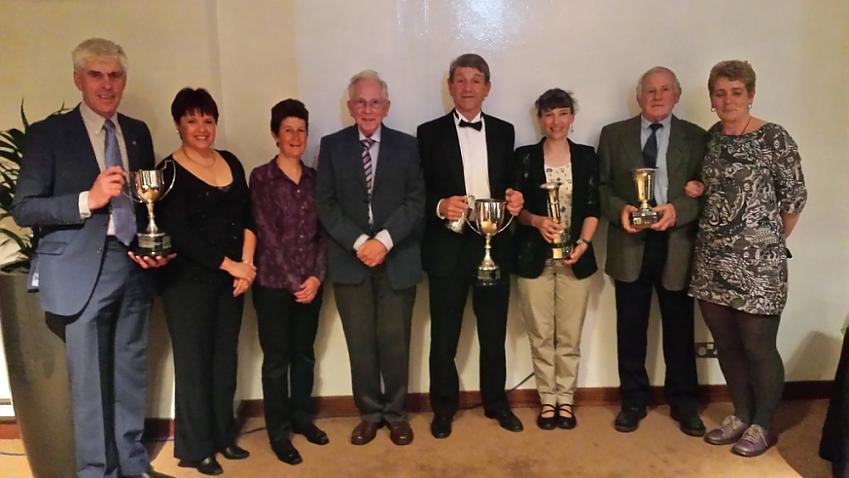 The full list of results for 2013 are available and there is also an updated table of who is in the lead so far in the CTC Tourist Competition for 2014.