Olympic cyclist Lizzie Deignan has revealed how she turned to Paralympic gold medallist Dame Sarah Storey for advice after giving birth to her daughter, Orla.

Speaking on Cycling UK’s ‘Bants, Bikes and Being Female’ show, Lizzie explained how she’d been desperately looking for guidance on how to cope with pregnancy and motherhood as an athlete.

She said: “I was constantly on Google…just desperately looking for other women who’d done it before me.

“In terms of specific information about what those athletes were doing during their pregnancy was really hard to find.”

Lizzie, who races for the Trek-Sagafredo women’s road race team, added: “Sarah Storey breastfed both of her children and that was something I was really keen to be able to do with my daughter. 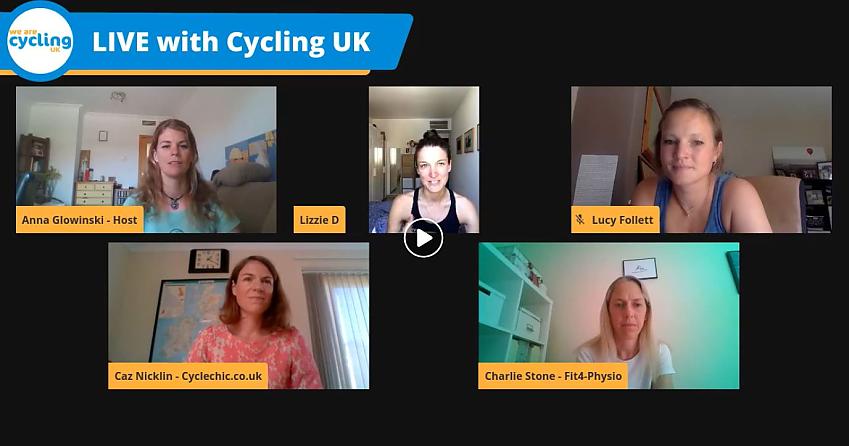 “But just the technicality of being able to leave Orla and pump milk and all these things were just mind boggling to a first time mum and she was just brilliant at helping me with that because there are all these myths of lactic acid in your breast milk and silly old wives’ tales that just weren’t true and I was able to feel comfortable and confident about breastfeeding because of the advice that Sarah gave me.”

Lizzie revealed how she continued to ride her road bike up until three days before Orla was born in 2018 and was back racing within seven months of the birth.

The only concession she made cycling while pregnant was to raise her handlebars with two spacers towards her due date.

But she admits she was reluctant to talk about the training she was doing at the time because she didn’t want other women to compare themselves with her.

“I was on my knees during pregnancy. I found it incredibly difficult and I didn’t want to portray this to people who had normal lives and didn’t have the luxury of the recovery that I had, and the nutrition and all those things.

Host, Anna Glowinski, said: “We launched ‘Bants, Bikes and Being Female’ because we wanted a safe space where women could discuss anything and everything about cycling without fear of being judged or made to feel stupid for asking the ‘wrong question’.

“The series has been hugely popular so far and I’m delighted Lizzie joined us to give her unique perspective on cycling after childbirth and how she incorporates cycling in her family life.”

If you missed it, you can catch up “Pregnancy, Cycling and Kids” on our Facebook channel.

Bikes, bants and being female: Starting Cycling View
Cycling UK continues to support the UK to cycle
This remains true during this difficult period with the ongoing threat of coronavirus Covid-19
Read our latest advice on cycling
Join Cycling UK to help us change lives and communities through cycling
Membership gives you peace of mind insurance, discounts in cycle shops, rides & routes
Join now