Joint call for more space for cycling during virus crisis

Joint call for more space for cycling during virus crisis

Cycling UK has co-signed letters from Brompton Bicycle to the English and Welsh ministers responsible for cycling urging them to support the reallocation of road space to people walking and cycling during the coronavirus crisis.

Cycling UK has today (21 April) written to the Welsh Deputy Minister for Economy and Transport, Lee Waters AM, calling on the Welsh Government to support and facilitate local authorities' attempts to install temporary infrastructure during the coronavirus lockdown.

The group recognised that Cardiff City Council was showing what is possible through its road reallocation programme in Roath Park Lake, and has called for similar projects across Wales.

"Cycling UK, together with organisations and health representatives across Wales, has today written to Lee Waters, Deputy Minister for Economy and Transport, asking the Welsh Government to support local authorities introducing temporary cycle lanes, restricting through traffic and taking immediate short-term steps to give people walking and cycling more space for social distancing.”

A number of towns and cities in countries around the world have already brought in temporary infrastructure to enable more people to walk and cycle safely, including in New Zealand, USA, Canada and Germany.

Cycling UK, along with Brompton Bicycle, British Cycling, London Cycling Campaign, the Bicycle Association, Sustrans, The Ramblers and the Director of Public Health, Barts Health NHS Trust, is asking for the same.

The letter to the cycling minister, Chris Heaton-Harris MP, points out that large swathes of road space are currently underused because fewer people are driving during the lockdown.

This is space that could easily be adapted to encourage more cycling and walking, especially for key workers who are increasingly travelling actively to avoid public transport and infection risks.

We have vast amounts of currently underused road space which can be temporarily reallocated at low cost.

The letter says: “We have vast amounts of currently underused road space which can be temporarily reallocated at low cost.

“This is becoming increasingly essential as key workers choose cycling or walking to get to work, avoiding potential transmission via public transport.

“You will have also noticed a surge in people cycling and walking for exercise in line with the government’s public health recommendations; such measures improve conditions for these groups too.”

The Department for Transport this week issued a statement clarifying that local authorities do have the powers to do this under the Experimental Traffic Regulation Orders, but the co-signees want the Government to go further. 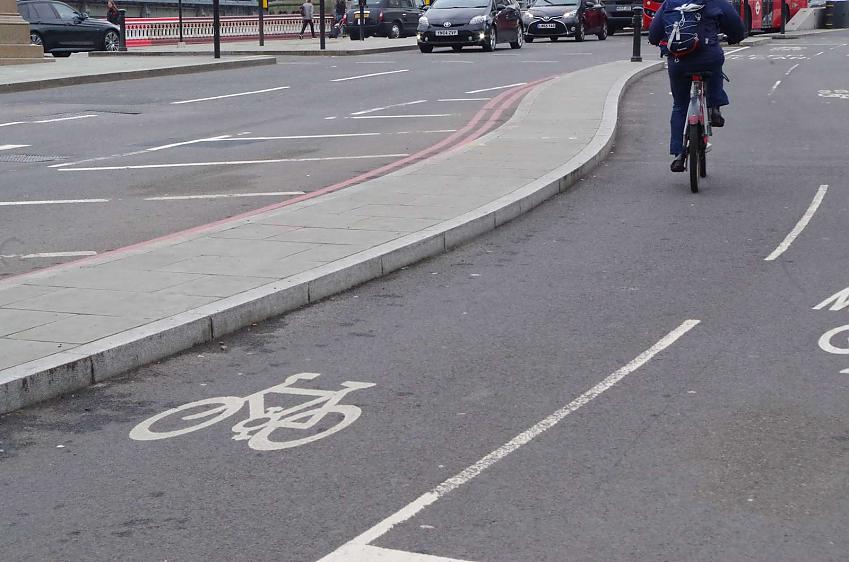 With fewer cars on the road, the letter calls for more space to be made available for walking and cycling

The letter adds: “Our organisations would, however, urge you to go further and provide a clear positive ministerial statement encouraging local highway authorities to consider implementing temporary initiatives of this kind.

“That would give local authorities the confidence to quickly implement measures, enabling safe cycling and walking within the Government’s social distancing guidelines.

“In discussion with NHS colleagues, we know that these measures would have a positive impact in encouraging more health workers to cycle to work and have the added benefit of providing safe segregation or protection from motor traffic.”

The letter concludes with an appeal to the minister to support cycle and walking spaces, not only for the immediate situation, but to mitigate against a second wave of the virus when people begin returning to work and avoid public transport.

“We feel it prudent to plan ahead and implement these temporary measures now for key workers but also to allow the wider population to travel by bicycle or by foot in the short term as lockdown restrictions lift,” the letter added.

Drivers urged to slow down by road safety charities View

I feel that more ring fence money needs to go into permanent cycling infrastructure, the last cycling specific money that came from the EU was just wasted and went into local council pot at least here in Leicester. most of the cycle lane markings have worn away unless your in the city centre. This makes cycling outside the city centre unsafe, all for the want of the upkeep of designated cycle lanes.

I just hope that the fact that more motorists are taking to cycling, that it will give them a better understanding of the conditions we have to cycle under and be a little more patient and respectful