To mark International Women’s Day, Cycling UK is highlighting inspirational women like Ingrid Brusokaite and asking all groups and members to organise female-friendly cycling rides for the Women’s Festival of Cycling this summer

Ingrid Brusokaite was chosen as one of Cycling UK’s 100 Women in Cycling in 2017 and she is now taking on the Transcontinental Race, a self-supported, 2,400-mile bike race across Europe.

Ingrid is a volunteer ride leader for one of our affiliated groups, Bike-U-Like, and also manages the custom-build bike shop of the same name, from which the group is run.

Over the past five years, Ingrid has supported several customers to prepare for the Transcontinental challenge. “I’ve been following the race for years and have helped customers get their bikes ready and advised them on their training plans. The more I helped other people prepare, and the more riding I did myself, the more I felt ready,” said Ingrid. 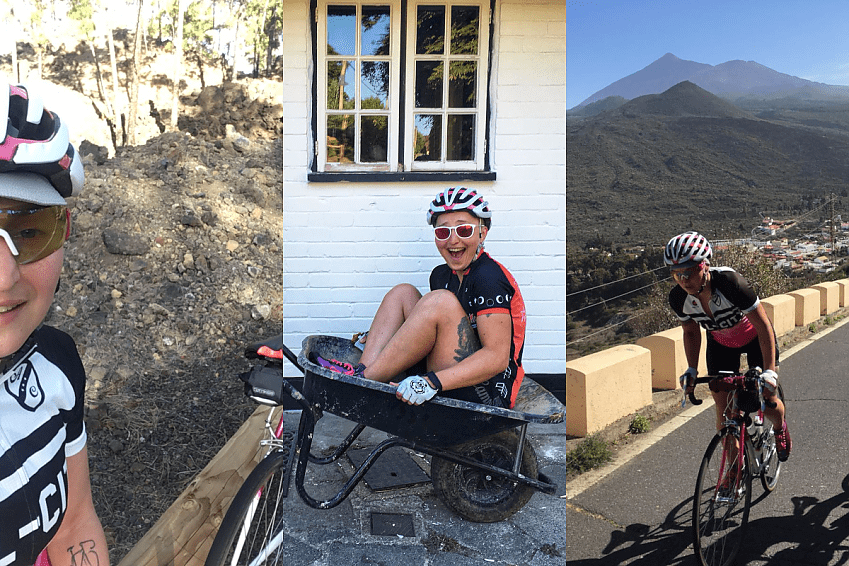 “Cycling makes me feel free. I love the freedom it gives me, the benefits to my health and mood. The bike itself is simple, the challenge is doing it solo. My biggest fear is the wild dogs, but apart from that I feel prepared.”

There will only be 60 women out of 300 riders starting the race on 29 July, yet that is the highest number in the race’s history.

Advice from a winner

Last year’s Transcontinental fastest women Ede Harrison had the following message for Ingrid: “Good luck Ingrid. If your race is anything like mine, you’re going to experience the whole range of emotions. From being so full of adrenaline that you can’t get off your bike, to feeling a tad overwhelmed by the magnitude of it all.

“Loneliness is a potential cause for concern. I’d say just try to embrace and enjoy being on your own. You, your bike, the roads of Europe, and a bit of time out from the real world is a pretty incredible and inspiring combination.”

However hard the task may look, it’s always achievable. Just believe in yourself that you can do it

Ingrid gave some advice to anyone thinking about starting a new challenge during the Women’s Festival of Cycling, whether it’s participating in a race, going on your first group ride or getting out on a bike for the very first time: “However hard the task may look, it’s always achievable. Just believe in yourself that you can do it.”

Cycling UK’s 100 Women in Cycling started in 2017 and has so far shared the inspirational cycling stories from more than 200 women.

Be part of the Women’s Festival of Cycling

Register your female-friendly or women-only rides taking place this July or think about who you’d like to nominate for 100 Women in Cycling 2019 (nominations will open later this month).