Getty off my land! Fence plans across Chilterns bridleway dropped

Getty off my land! Fence plans across Chilterns bridleway dropped

A plan to erect deer fencing and electronic gates across a bridleway in the heart of the Chilterns Area of Outstanding Natural Beauty has been dropped following strong objections by Cycling UK and others.

The bridleway crosses the estate of Twigstone Farm in Ibstone which is owned by Tara Getty, grandson of oil tycoon J Paul Getty.  He proposed to erect 1.8m-high deer fencing alongside and across the bridleway, diverting and narrowing it in places, and to instal several electronically-controlled gates.

Kieran Foster, Cycling UK’s national off-road advisor, reacted to the news that the application had been withdrawn saying:

“This is a small but important victory for the public, and Cycling UK applauds Mr Getty’s decision to withdraw his application after seeing the reasonable objections raised.

“Public access is a public good, but we do need to be vigilant. Cases like these are not rare, and demonstrate the importance of a strong campaigning network that can monitor and oppose applications that restrict people’s right to enjoy the country.”

Kate Ashbrook, general secretary of the Open Spaces Society agreed: “We are delighted that Mr Getty has withdrawn his obnoxious application.  This is a beautiful, quiet valley in an area of immense beauty, and the fencing and electronic gates would have made it appear private as well as being a blot on the landscape. […]  We trust that Mr Getty will abandon any plans to mess about with this splendid, direct and much-loved bridleway through the valley.” 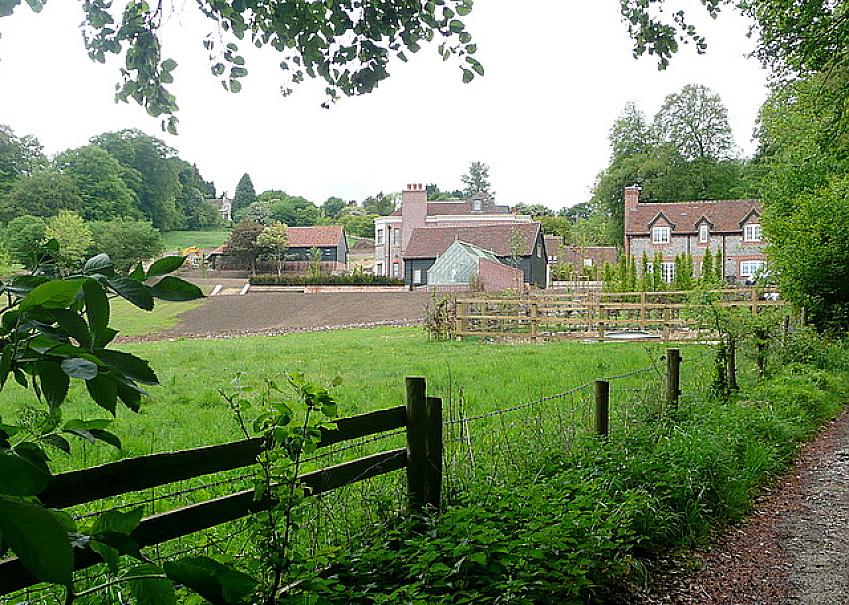 Cycling UK had written to Wycombe District Council opposing the plans, claiming they would “narrow the width of the existing bridleway, making use less attractive and potentially increasing conflict between users”.

The “interference” would also create new “inconveniences” for cyclists, horse riders and disabled people who would have to open and close “gates twice in the space of a short distance”.

However, by combining their voices, cyclists, horse riders and walkers have managed to ensure that their right to enjoy using the bridleway is protected.

Cycling UK understands the importance of working in partnership with other organisations to achieve common goals.  Our Be Nice, Say Hi campaign with the British Horse Society raised awareness of how cyclists can pass horse riders safely, and we are supporting the Ramblers’ campaign for enhanced countryside access after Brexit.