An example of the direct vision lorries TfL wants to see on London streets
By Sam Jones
Friday, 22 September 2017

The DVS will be the first initiative of its kind to categorise HGVs depending on the level of a driver’s direct vision from a cab. HGVs will be given a rating between ‘zero-star’ (lowest) and ‘five-star’ (highest), with only those vehicles rated ‘three-star’ and above, or which have comprehensive safety systems, able to operate in London from 2024.

The development of the proposed Direct Vision Standard forms part of the Mayor of London and TfL’s Vision Zero approach to reducing road danger. Duncan Dollimore, Cycling UK's Head of Campaigns and Advocacy, welcomed the move saying there was an opportunity for other cities to copy their actions: "This is the first scheme of its type in the world which is looking to address directly the cause of many pedestrian and cyclist fatalities: poorly designed lorry cabs that restrict visibility. Cycling UK looks forward to working with TfL in our collective aim to reduce road danger, and we encourage other cities to share the Mayor's vision to make our roads safer for all users."

Research by TfL shows that during 2014 and 2015, HGVs were involved in disproportionately high numbers of fatal collisions with cyclists (58 per cent) and pedestrians (22.5 per cent) on London’s streets, despite only making four per cent of the miles driven in the Capital.

Cycling UK looks forward to working with TfL in our collective aim to reduce road danger, and we encourage other cities to share the Mayor's vision to make our roads safer for all users.

The release of the interim star ratings for individual Euro VI HGV models will help ensure that vehicles being manufactured, purchased or leased can be compliant with both Ultra-Low Emission Zone requirements and the DVS. TfL will continue to work with manufacturers to ensure interim star ratings for other HGV models can be released later this year.

TfL says it's trod the fine line between ensuring business runs smoothly, while also keeping its most vulnerable travellers safe. Alex Williams, TfL’s Director of City Planning, said: “Businesses across the Capital need HGVs to operate, however the number of deaths involving HGVs is unacceptable. The industry has already made significant advancements to safety and has been very keen to support to the work we are doing to go even further and develop the Direct Vision Standard. Alongside the Mayor, we are committed to ridding London’s streets of dangerous vehicles and are taking a Vision Zero approach to road danger. We welcome the industry’s feedback on our latest proposals for the Direct Vision Standard as we work together to improve vehicle safety.”

Industry views have helped shape the proposals which now include plans for an HGV safety permit scheme based on the DVS ratings, and industry-recognised safety systems to reduce road danger.

If approved, the proposals will require all HGVs over 12 tonnes to hold a safety permit to enter or operate in the capital from 2020. Those rated ‘one star’ and above would automatically be granted a permit, while those rated ‘zero star’ (lowest) would have to include specific recognised safety systems, such as sensors, visual warnings and comprehensive driver training, before a permit is granted. The safety permit scheme would evolve over time, taking into account advances in technology.

The details of this ‘safe system’ will be included in the autumn consultation, and the expertise of both industry experts and vulnerable road user representatives will continue to be an important part of developing the plans.

It is proposed that from 2024 only those rated ‘three star’ and above, or which have an advanced safety system, would be allowed on London’s streets. 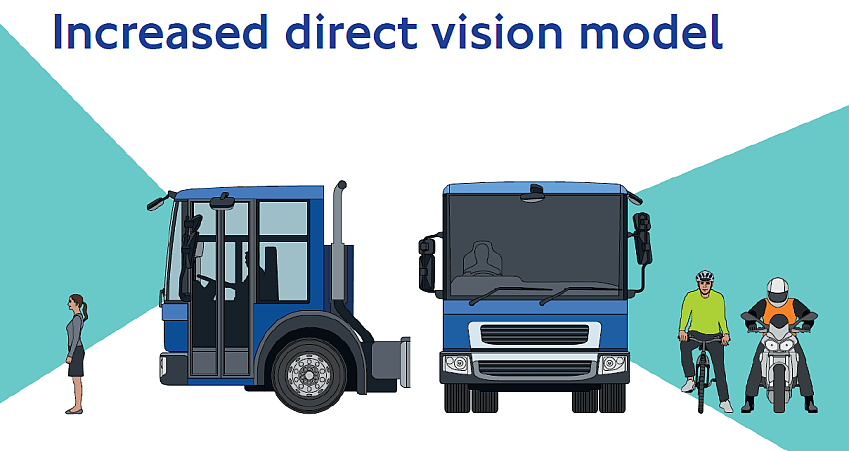 The introduction of these measures provides a comprehensive approach to reducing road danger for all road users, and is a necessary move recognised by industry. Nigel Jackson, Chief Executive of the Mineral Products Association, pointed out what the road haulage industry is doing to make the roads safer for everyone: “Improving road safety is essential, particularly for vulnerable road users. In recent years MPA members have invested in more effective training, the installation of better technology and increased engagement with other road users and key stakeholders. MPA members, our construction colleagues and TfL have made great progress in improving safety awareness and taking action through the CLOCS initiative. We support the Mayor’s drive to improve the direct vision of HGVs and look forward to engaging positively in the consultation and implementation processes.”

Industry and stakeholder views on the proposed DVS star ratings, the concept of a phased introduction of a new HGV safety permit and safe system approach will be sought during an autumn consultation. Confirmed star ratings will subsequently be published.

Alongside developing the Direct Vision Standard and the proposed safety permit scheme, TfL is also lobbying the European Commission for changes in international vehicle safety and design regulations to push for long term improvements to future HGV fleets.

Councillor Julian Bell, Chair of London Councils’ Transport and Environment Committee, said: “Improving road safety for pedestrians and cyclists, who are more vulnerable to the risks posed by lorries, is a high priority for London’s boroughs. I therefore welcome the announcement of the new Direct Vision Standard ratings and call on vehicle manufacturers to develop more lorry cabs that rate highly. London Councils and the boroughs will continue to work closely with TfL to remove the most dangerous lorries from London’s streets.” 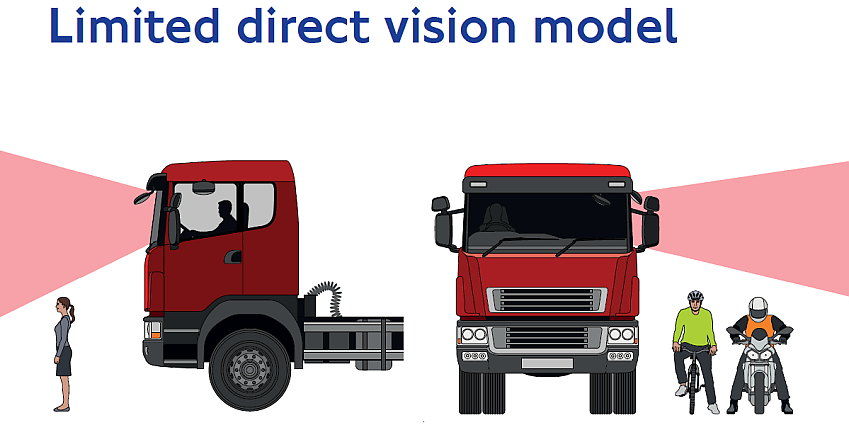 Will the laws for driverless cars protect cyclists? View