Cycling UK's first Women's Festival of Cycling has finished with over 70 new female-friendly rides and events having taken place throughout the country during July. Festival Coordinator Julie Rand sums up the highlights of what has been an exciting month of cycling activities.

When we first came up with the idea of putting on some kind of initiative aimed at female cyclists back in early 2017, we weren't sure what shape it would take. We knew that we wanted to build on '5 Miles to Fabulous', the first such project aimed at women by Cycling UK, which last took place back in 2007. With the 10th anniversary of that programme, it seemed the time was right for another initiative.

However, in the intervening decade, the notion of 'women's cycling' has evolved from relatively short trips to a coffee shop for cake to include other types of riding also enjoyed by women, such as technical mountain biking, 100-mile road rides, and everything in between. However, the fact remains that women are still underrepresented in cycling, although the statistics are gradually improving. 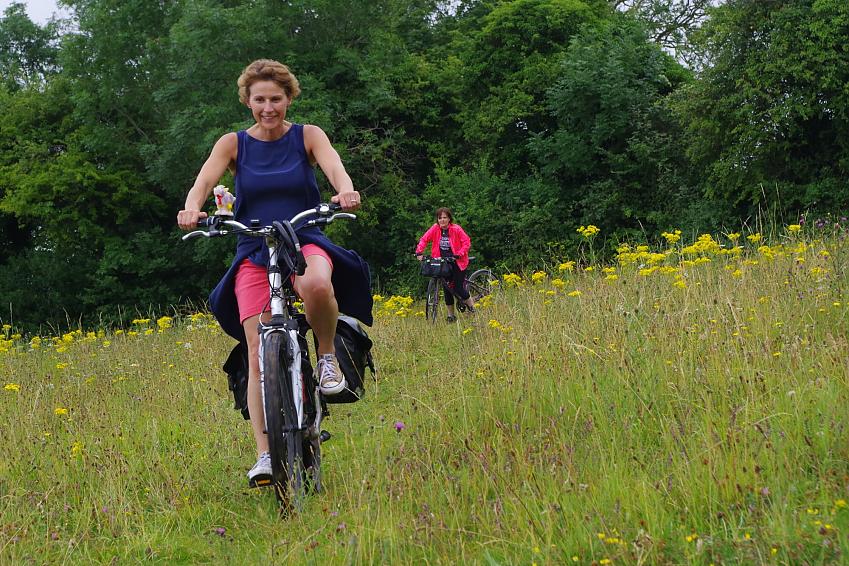 With that in mind, we decided a month-long celebration of women's cycling, with organisers being able to register rides of any length or type, would be a great way of showcasing the current range of cycling activities aimed at encouraging women to take part, as well as attracting new riders who will continue cycling when July is over. Rides took place throughout the country from the Outer Hebrides, to mid-Wales, to Liskeard in Cornwall, and many points in between. They were put on by over 50 different organisers. 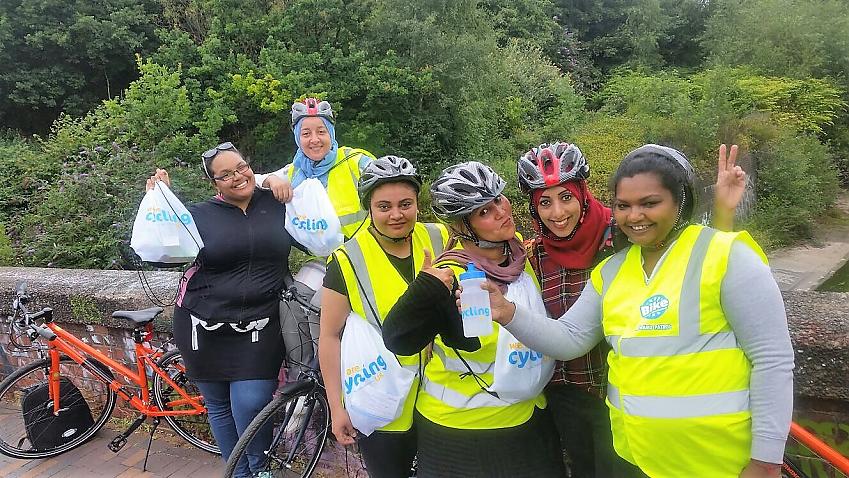 Above: Ashiana Community Cycling Club, Birmingham, with their goodie bags

Cycling UK supported the rides with a pack of goodies for both the ride organiser and up to 10 participants around the theme of 'a summer picnic ride'. Fortunately, the weather for many of us throughout the festival has meant that these goodies, such as a picnic rug, bunting and bicycle-themed paper napkins have been put to good use! The rider goodie bags have also proved popular and include: a Cycling UK bicycle bell; a Women's Festival of Cycling key ring; a small pot of Bum Butter; a Women's Festival of Cycling lapel badge; a water bottle; and a small box of festival jelly beans. 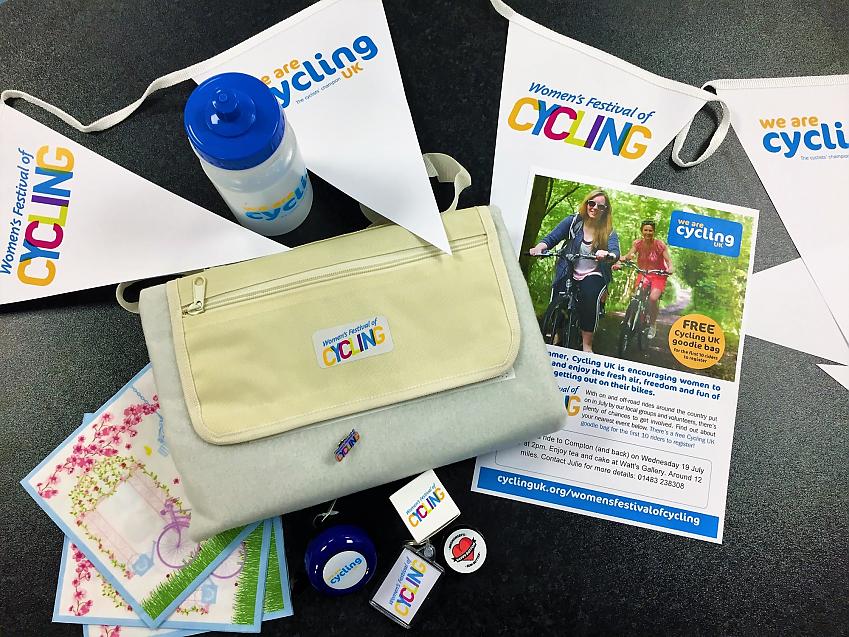 Awesome day. Thank you SO much  for organising and telling me about it! :) The girls totally RULE! 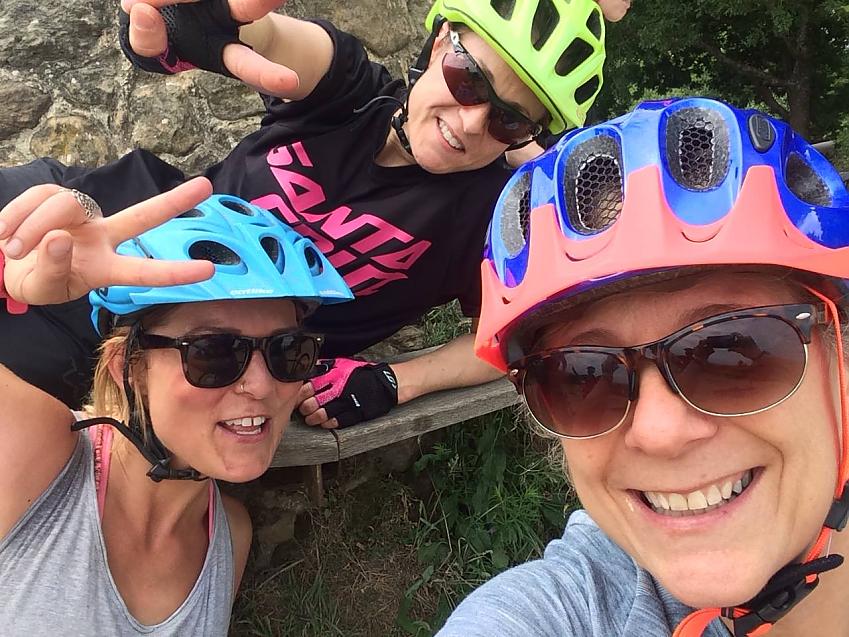 So here is a brief round-up of just a few of the highlights of a fabulous month of cycling this July:

The Birmingham rides were put on by, amongst others, Cycling UK Community Cycle Clubs Ashiana CCC, Balsall Heath CCC, and Share Calthrope CCC. Organiser of Saturday 29 July rides Sajida said: "Together we cycled to Cannon Hill Park, Highbury Park and along the Cole Valley route. It was a gorgeous day, as the sun was shining plus we had the opportunity to meet and have some fun with a number of ladies from these groups. Finally, we ended the event with some tea/coffee/ice cream and a good old natter." 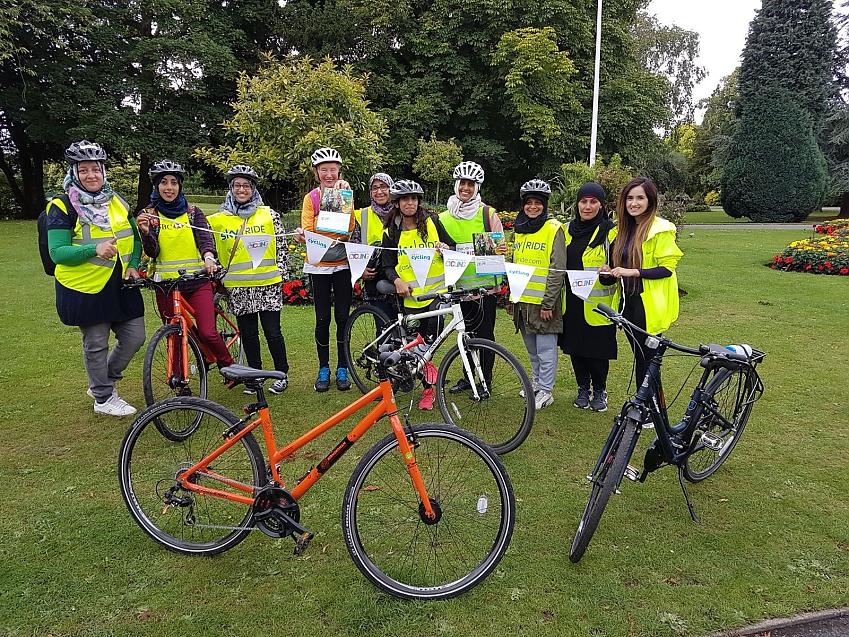 Thank you so much for the ride - you gave me the confidence to keep going riding.

The bottom line is that many women, although happy to ride with men sometimes, do enjoy cycling exclusively with other women from time to time, not only to build confidence but also for the enjoyment of riding in female company. As part of the festival, we commissioned ComRes to carry out a survey into the barriers women face and our research shows that 20% of women say they have never ridden in a cycle group but would consider doing so, while 54% of women are most likely to say that they have been on cycle rides for fun.

Cycling UK is already looking forward an even bigger and better Women's Festival of Cycling next year. In the meantime, there are plenty of groups offering female-friendly and women-only rides throughout the year - to find one near you, just take a look at our list of local groups. And we also will provide you with help and support if you want to start your own.