You can still sign up to the Great Tour!

You can still sign up to the Great Tour!

As the Tour de France begins in the Netherlands, a large group of cyclists will be leaving Holyhead in Wales to begin the Countrywide Great Tour. It's not too late to sign up to ride part of the spectacular 6,600km route around Britain's coastline.

It is week one of The Countrywide Great Tour and over the course of 64 days, cyclists will be heading clockwise around Britain's amazing coastline. Not only is this is a stunning cycling event, but the route easily gives people of all ages and abilities a chance to experience the variety of Britain’s coastline from a truly unique perspective.

Hundreds of cyclists have signed up already, many opting to ride the nearest stretch of coastline to their homes and, although the Tour is beginning this weekend, it's not too late to ride sections of the route. Five riders will be doing the entire route.

The route is spectacular, riders will never lose the sight, the sound or the smell of the sea."

The Great Tour also offers the opportunity for charities to adopt particular stages to raise funds for their individual causes, and for CTC as the headline charity partner. You can choose to do either one day or multiple days. Riders will be fully-supported with accommodation and meals, luggage carried, bike maintenance and on route repair, post-ride massage alongside the bonhomie of their fellow travellers. 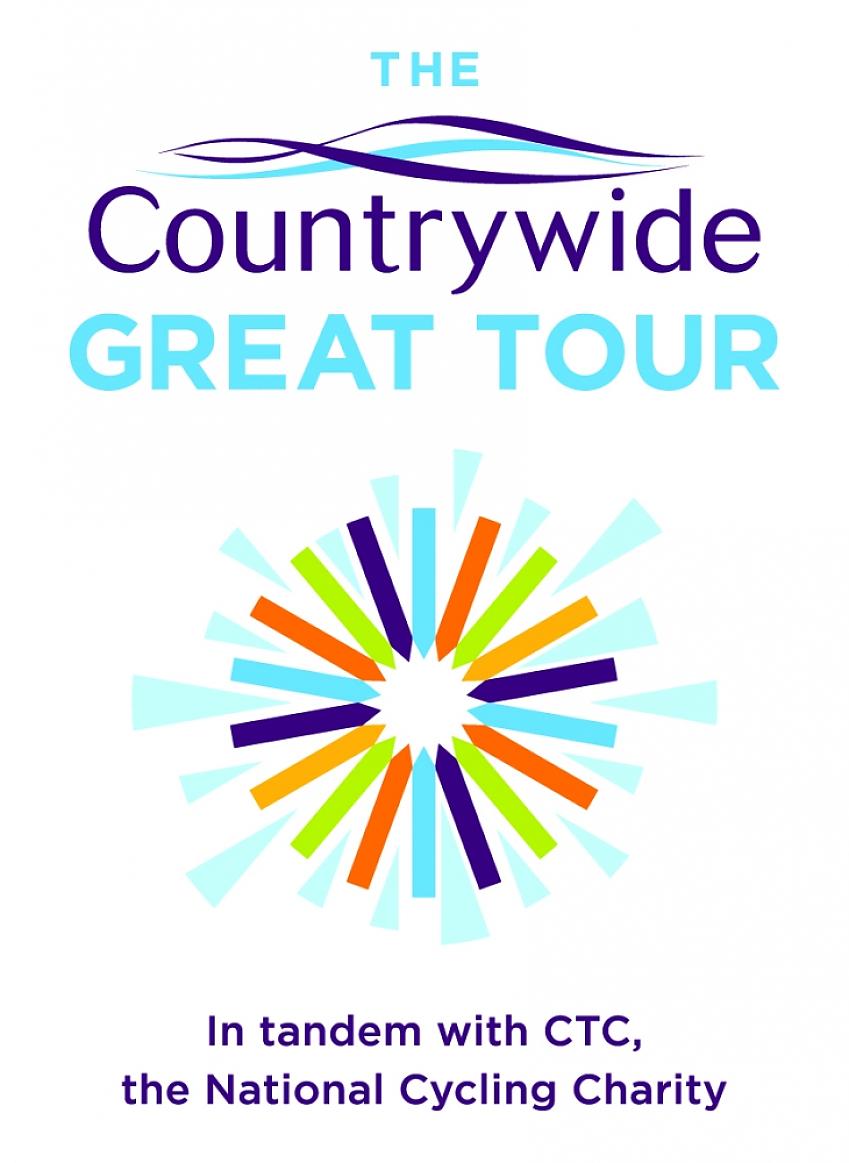 We’re inviting all CTC members to join us specifically for the legs between Scarborough to Kingston upon Hull on 2 August and Rye to Brighton on 11 August for CTC’s Great ‘Little’ Tour - a celebration of the wider CTC family of cyclists and to help raise funds for CTC's cycling projects.

Stage 1 of the Countrywide Great Tour 2015 starts at Holyhead on the Isle of Anglesey. Riders will travel on undulating roads before crossing the Menai Bridge. After passing Conwy castle, which dominates the mouth of the Conwy Estuary, the final leg of the stage will follow a cycle path often covered in sand into Llandudno, a popular seaside resort in North Wales where Snowdonia meets the coast.

The second day of the Countrywide Great Tour is a real treat. Riders will get to experience the Great Orme headland early on whilst cycling the length of Marine Drive. This area is known for its natural beauty and breathtaking Welsh scenery, which the cyclists will take in during some challenging climbs. The stage finishes on the Wirral in the town of Neston.

After departing Neston, the riders with cross over the River Mersey and pass through Liverpool, famous for a rich music history including the Beatles, and a historic waterfront. The route picks up some scenic rural roads with the lunch stop at Southport Pier. The stage finishes in the seaside resort of Blackpool, the fun capital of the country, with the finish line in the shadow of Blackpool Tower!

Leaving the glitz and glamour of Blackpool, the riders will head up the north west coast of England past one of the most important wildlife sites in Europe, Morecambe Bay with abundant birdlife making use of vast expanses of sand. After a scenic day in the north west, the stage concludes in Ulverston on the fringes of the Lake District National Park.

During Stage 5, the Countrywide Great Tour passes through the largest national park in the country, the Lake District, which in its 885 square miles contains 26-miles of coastline and estuaries. The day will finish on the seafront in the small coastal village of St Bees, where the surrounding cliffs are used to build sandstone houses across Cumbria.

After leaving the picturesque village of St Bees, riders will travel north on rural roads past the small port town of Whitehaven known for having more listed buildings per square mile than anywhere else in the UK. The start of Hadrian's Wall, Maryport Harbour, and Campfield nature reserve are visible on route. Carlisle is the finishing post for Stage 6, just 10-miles from the Scottish border and the last stop before visiting the third country of the Great Tour.

Stage 7 will contain the border crossing between England and Scotland. The cyclists will continue past the Caerlaverock Wetland's Centre and Dumfries, a regular host of the Tour of Britain cycle race. The journey concludes in the quaint village of Kippford, where the relaxing and laid-back atmosphere will help the cyclists unwind after a full day's cycling.

The Countrywide Great Tour is being put on in tandem with CTC. We are supporting the riders with trained ride leaders, insurance and membership package. Full details and routes are available from the Great Tour website