Cycling UK continues to support the UK to cycle
This remains true during this difficult period with the ongoing threat of coronavirus Covid-19
Read our latest advice on cycling
Cycle alongside beautiful harbours in Cornwall.
By jackthurston
Thursday, 12 July 2018

Looking for a summer cycling adventure in Cornwall? Jack Thurston takes us on a Cornish odyssey through fishing harbours, prehistoric ruins dramatic cliff top tin mines and one of the best coast roads in Britain. This is an extract from his latest book Lost Lanes West which includes 36 routes in and around the South West of England.

Penwith is Cornwall’s Cornwall: a peninsula on a peninsula. It also out-does the rest of the county in many quintessential Cornish characteristics: its coastline is wilder, its rocks are richer in ores, it has more prehistoric remains and its fishermen catch more fish.

Starting at the harbour in Penzance, the route heads west along the coastline towards Newlyn, passing the Jubilee Pool, a magnificent Art Deco saltwater lido. In 2014 fierce storms seriously damaged the 1930s structure, and a £3 million restoration was needed. The results are stunning and worth admiring from the café, even if you don’t take a dip.

Newlyn vies with Brixham in Devon for the title of England’s biggest fishing port. At the last count, Newlyn landed more tonnes of fish though Brixham landed more by cash value. The endless fascination of life in a busy fishing port was a big draw for a band of artists who came here and to nearby St Ives at the end of the 19th century. They donned fishermen’s smocks, took their canvases outdoors and painted the landscape and scenes of everyday rural life. Newlyn Art Gallery (right on the route) was established to exhibit their work and has just had a new modernist extension. 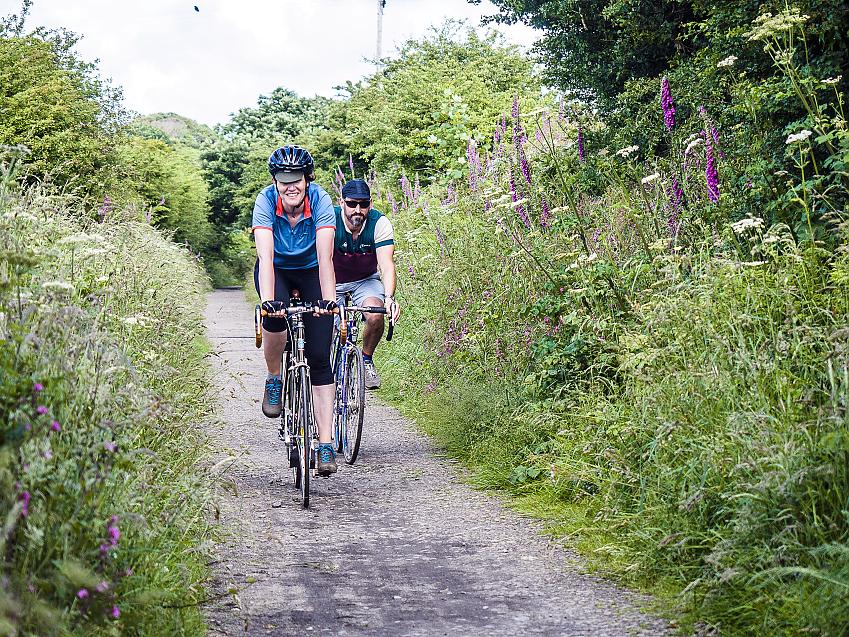 Around Penlee Point and its flamboyant clifftop allotments is Mousehole (pronounced ‘Mauzole’), a perfect horseshoe harbour with narrow streets and pretty terraces. It was once among the biggest ports on the Cornwall’s south coast and in the summer of 1595, seven years after the Spanish Armada, a squadron of four Spanish galleys with four hundred men on board raided and burned the town to the ground, before moving on to destroy nearby Paul, Newlyn and Penzance.  It was just one of many skirmishes in the 20-year Anglo-Spanish war.

The route parts company with NCR 3 and strikes out inland towards Carn Euny, one of the best-preserved prehistoric villages in the West Country. It was occupied from around 200BC through to around 400AD. As well as the remains of stone huts, there is a 20-metre-long underground passage and round stone chamber known as a fogou (the Cornish word for cave). Unique to western Cornwall, archaeologists are unclear on what fogous were for. It’s a strange place to creep inside, made more eerie still by the green glow of bio-luminescent moss.

The landscape here is windswept moorland: gorse, bracken and heather, with wild flowers dotting the verges from spring through to late summer. Geologically, the whole of west Penwith is dominated by the granite of the Cornubian Batholith, the excellent name for the mass of magma that was pushed up into the earth’s crust when Africa crashed into Spain about 300 million years ago. Granite is evident as a building material in St Just, and no more so than in the 15th-century village church; 900 years older than the church itself is the Selus Stone, a five-foot-tall slab of granite carved with a Latin inscription and an early Christian symbol. The church also has some large, colourful medieval frescoes and some lovely stone carvings.

From St Just it’s downhill into the Kenidjack valley and onto the old mining tracks that wind around the coastline past the Botallack and Levant mines. The geology here is as complex as it is dramatic. The short story is of magma meeting sandstone and intense underground heat and pressure, causing trace elements in the earth’s crust to dissolve and recrystallize into rich seams of valuable metal ores. Extracting these ores is a Cornish industry that goes back 4,000 years. By the 18th and 19th centuries, Cornwall was the mining capital of the world.

Some of the seams extended deep underground and up to half a mile out to sea. The engine houses that pumped water out of the mines are right by the ocean’s edge, a visual reminder of how precarious it all was, physically and economically. The mining boom was followed by bust, resulting from foreign competition. Up to a quarter of a million Cornish miners emigrated to the new mining fields in the Americas, South Africa and Australia. Mining continued into the 20th century, and the Geevor tin mine was among the last to close, in 1990. In the centre of Pendeen, it’s now a museum and heritage centre.

The coast road from Pendeen to St Ives counts among the great cycling roads of Britain, and the stiff prevailing westerly wind makes you feel like a Tour de France winner.

The coast road from Pendeen to St Ives counts among the great cycling roads of Britain, and the stiff prevailing westerly wind makes you feel like a Tour de France winner. It’s a dramatic, elemental landscape: the wind-blasted moor, the ancient patchwork of fields, the black rock cliffs and an infinite sea.

During the First World War D.H. Lawrence rented a cottage near Zennor and loved it here. “This isn’t merely territory,” he wrote in a letter, “it is a new continent of the soul”. His fierce opposition to the war (not to mention his German wife) aroused local suspicions and they were falsely accused of spying for the enemy and ordered to leave.

A couple of miles beyond Zennor, the route turns south on a lane across the peninsula, following the course of the Red River via Crowlas before a dramatic reveal of St Michael’s Mount, an ancient centre of the tin trade and a medieval pilgrimage destination. Now secular tourists throng the tidal causeway from Marazion. It’s a short ride along the beach promenade back to Penzance. 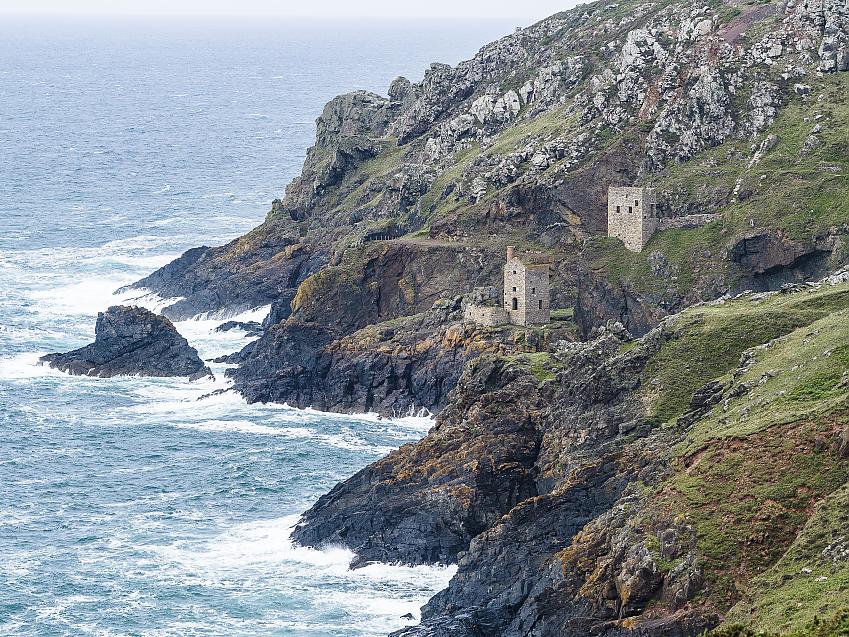 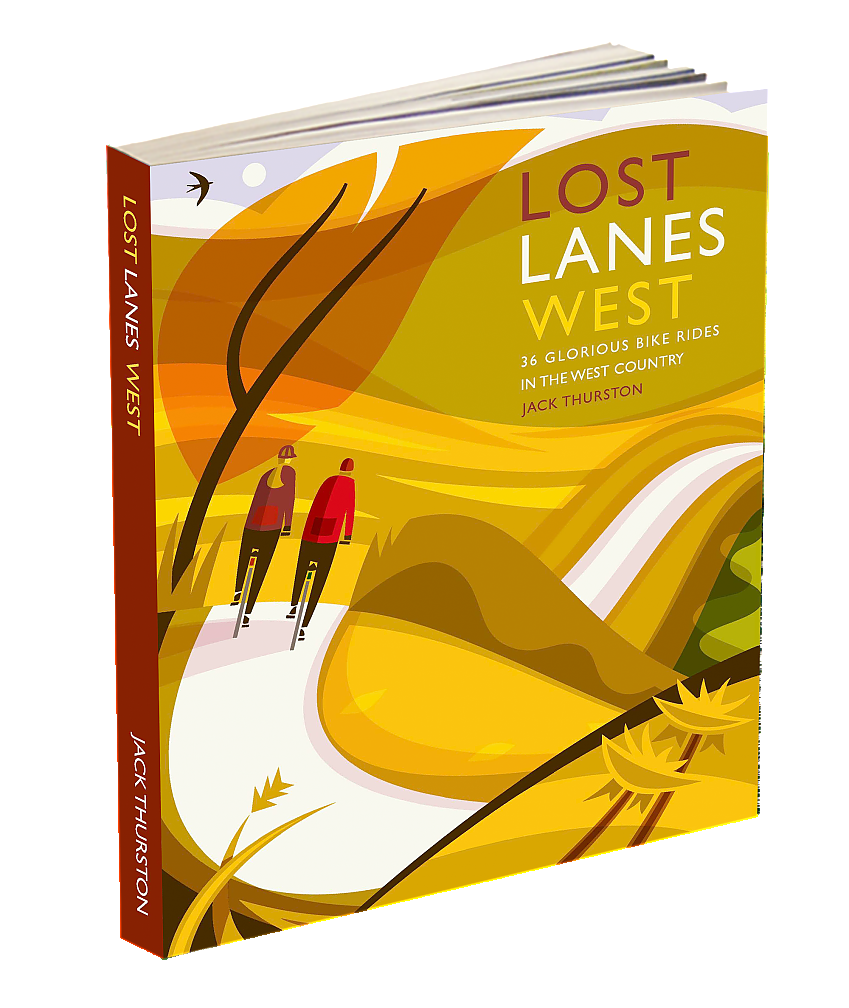