Today’s Ride Leader Paul Linder (leading us for the first time in many a year) had tried and tested the route only a few days ago without mishap. Sadly, he discovered that we wouldn’t have access to the tea rooms at Gunby Hall so instead members would be bringing their own refreshments for a stop along the route.

Meeting up with Paul at Louth’s Meridian Leisure Centre were Rob Cook, John Rickett, John Ambler, Chris Owen and Tim Newbery. Alan Hockham had pre-arranged to meet up with the group near South Thoresby Quarry.

The forecast had improved as the week had progressed and indeed, we were rewarded with largely clear blue skies along with a brisk nor’easter. A backwind then through Little Cawthorpe and Muckton and it wouldn’t be long before meeting up with Alan who had arrived at the rendezvous point in plenty of time.

A very pleasant ride followed as we continued along cycle route C4 past Rigsby Wood. With Well High Lane marking the boundary of the Lincolnshire Wolds AONB, there was plenty of wildlife to admire and Rob Cook spotted Reeves’ Muntjac deer.

At Well Turn we would be running close to the former Great Northern Railway’s East Lincolnshire Line which passed through Willoughby. It was at Willoughby that Paul had decided to take a refreshment break and we sat admiring the village green sipping hot drinks. It was at this point that Paul was seen taking his new thermos flask from his rack luggage bag, sadly leaking like a sieve. The glass liner having smashed into pieces, Paul would have to wait a little longer for a hot drink.

Chris and Alan would leave the group from here whilst the remainder followed Paul through Welton le Marsh and along to the busy Station Road roundabout. Having safely navigated this short section of main road we were soon enjoying Paul’s former stamping ground alongside the Gunby Estate. A couple of right hand turns along increasingly narrow tracks would lead us to Monksthorpe and the open-air baptistry at Monksthorpe Chapel.

Paul would inform the group that this secluded 17th Century Baptist’s Chapel was built at the height of persecution of ‘non-Conformists’. The Chapel, built on land donated by Hugh Ayscoghe of Halton Holegate, was designed to appear to be no more than a farmhouse and originally had a thatched roof. Being in a secluded position surrounded by trees and approached by a narrow country track further aided the Baptist's worship away from the prying eyes of the officers of the law.

Of rarity, outside the west end of the chapel is a full immersion baptistry. Thankfully Paul had not arranged for this to have been filled as there would have been few, if any volunteers to try out a 'baptism by full immersion on profession of faith'.

In 1942, RAF Spilsby airfield would be built adjacent to Monksthorpe Chapel. Used primarily for the United States Army Air Corps in the UK, No. 207 Squadron was equipped with Lancaster bombers as part of 5 Group. Latterly 207 Squadron undertook raids over Normandy before and after D-Day. The graveyard contains veterans of the landings and near the entrance to the chapel a memorial marks the spot when on 10th April 1944 the bomb dump exploded at the cost of 10 of the squadron’s armourers.

Although picturesque and a perfect quiet and secluded place for a lengthy stay, the wind was chill and Paul called the group into action for the return leg home.

A route through Spilsby and Raithby, we would now start climbing to Gravel Pit Hill on the Spilsby Road. A short section took us to Rachel’s Restaurant in Hagworthingham where welcome hot drinks and varied sandwiches and hot buns were consumed. Paul enjoyed a splendid looking Sunday lunch.

Fortified now for our onward journey to Harrington Hill, Brink Hill and Red Hill. There’s a clue there! as we ascended to our highest elevation of the day at nearly 100 m. Great views of the Lincolnshire Wolds all along this route were a fine reward. More hills at Swaby but by now we had home nearly in sight and we would return to the Leisure Centre at 3 pm having covered 47 miles (another 25 or so for Paul).

Thanks to Paul for the route and the ride, a splendid variety of lanes we haven’t used for a while. 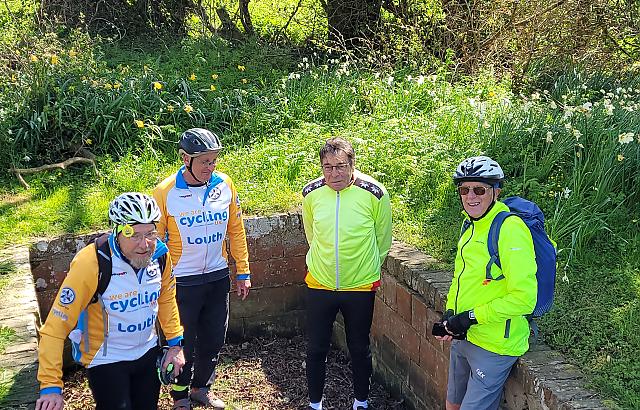 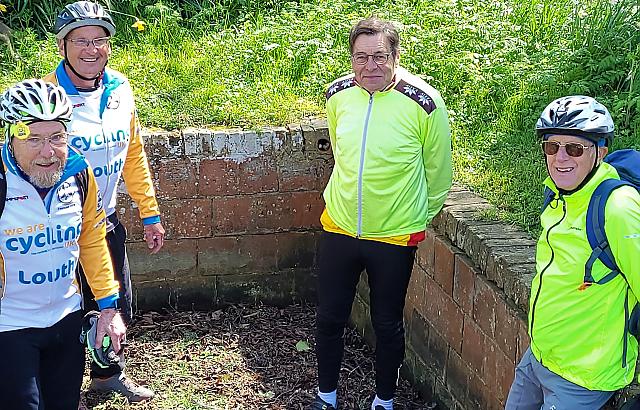 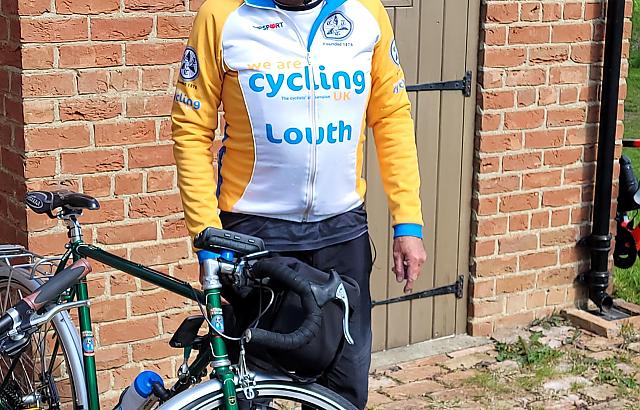 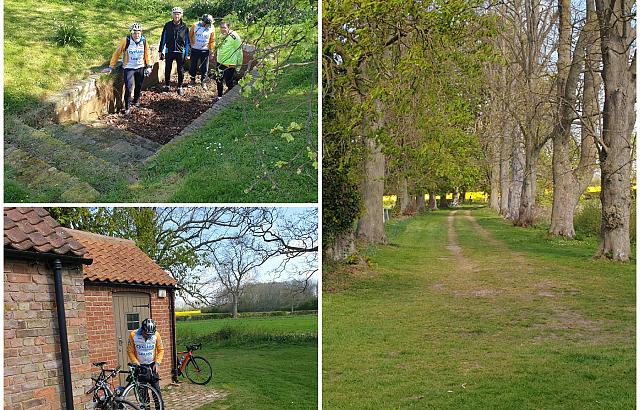