After the particularly grey and chilly day on Saturday, it was with relief that Sunday dawned sunny with clear blue skies. It would in the end remain sunny all day with temperatures rising to a much warmer 16 degrees Celsius.

Apologies had been sent in from Mike Gray, John Rickett, John Ambler, Chris Owen, Reg Bagshaw, Rob Cook and Paul Linder, who would make his own way across to Lincoln.

Tim Newbery and Alan Hockham would never the less enjoy a splendid ride into the City Centre along The Water Rail Way. Surprisingly quiet for a sunny day giving ample opportunity to admire the sculptures dotted along the route. Commissioned by Sustrans, Sally Matthews 'Lincoln Reds' are remarkably artistic.

We would be delighted too to meet Gordan Lindsay en-route, who was a former member of Cycling UK Lincoln. He would be reminding Tim that it was almost 30 years to the day that, under the Leadership of John Ambler, Lincolnshire members started off on their Land’s End to John o’Groats epic ride.

The Lincoln Grand Prix this year marks the start of the 2022 National Road Series. It is a true classic, first held back in 1956. With the steep cobbled climb of Michaelgate the Grand Prix is compared by many to the iconic Flanders races.

We arrived at Lincoln Cathedral about half way through the Women’s Race. The race featured the completion of 8 laps of the 13 km circuit and riders would endure a stiff wind in addition to the more technical climbing along the cobbles. Amongst the start list was Dame Sarah Storey and congratulations to Becky Storrie who won the event.

With the Cathedral bells chiming 12 noon, time for refreshments, during which a press photographer wanted to take some photographs of Alan for an upcoming magazine article. Fame at last.

The Men’s Race would start at 1 pm and we were enthralled watching almost half of the 13 laps before deciding to make our way back to Bardney. For Paul, it would have been perfect weather for his ride and hoping too that Cycling UK Lincoln and Cycling UK Gainsborough enjoyed their day out at the Lincoln Grand Prix. The Men's Race would ultimately be won by Luke Lamperi of Trinity Road Racing. 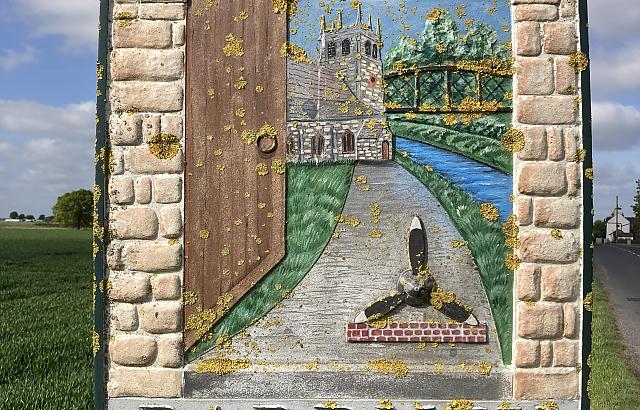 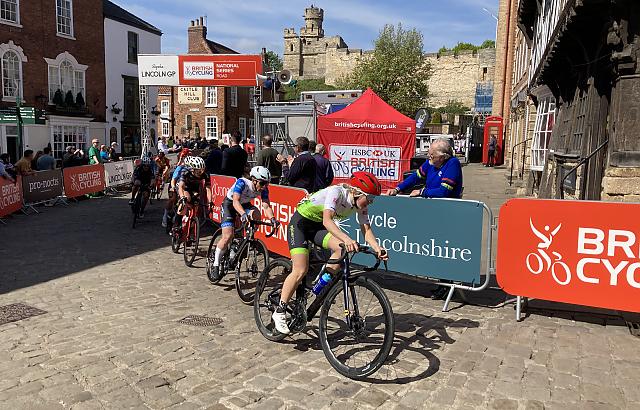 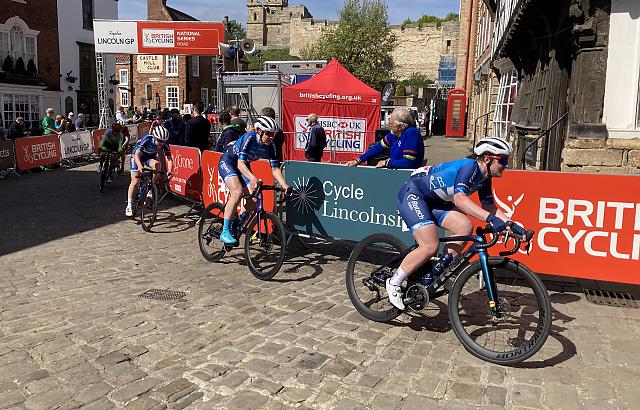 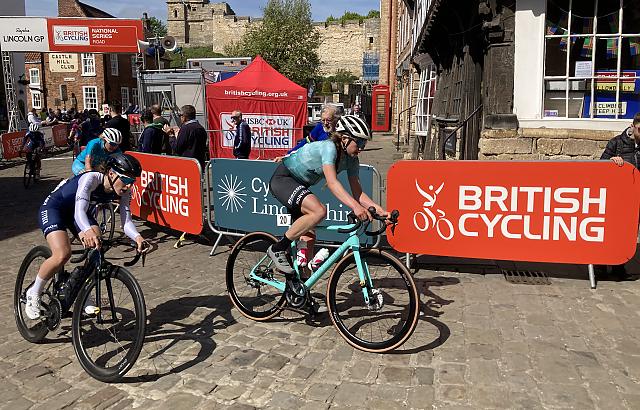 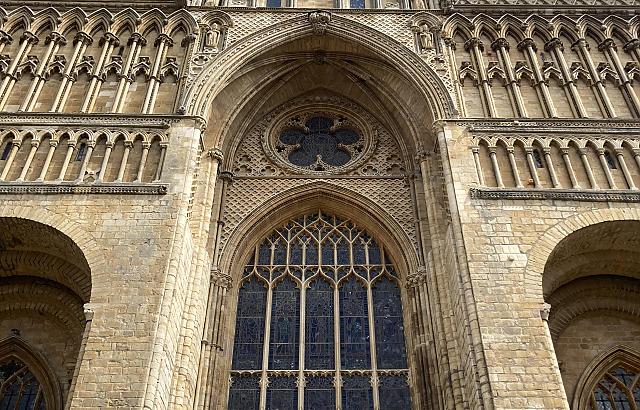 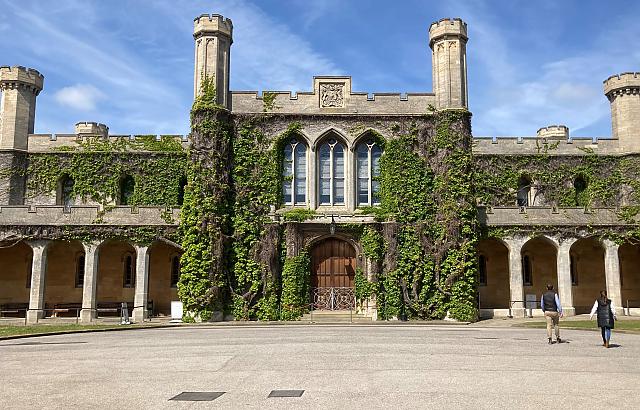 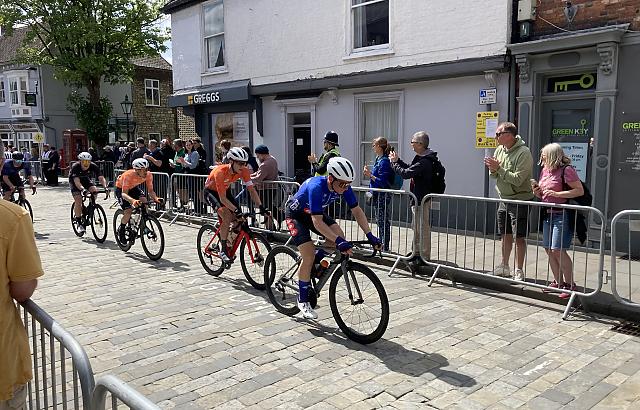 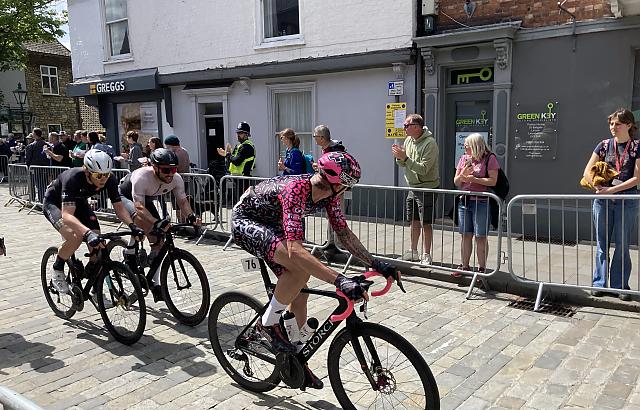 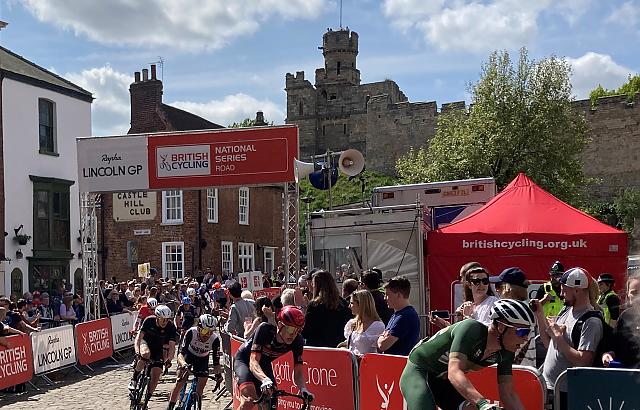 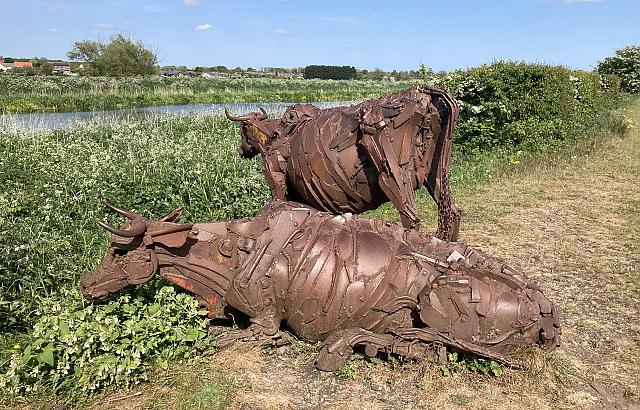 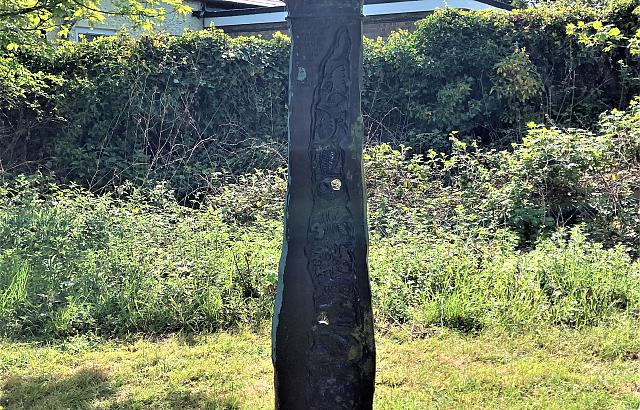