Last Easter we were only just out of the ‘stay at home’ rule and Tim Newbery and Rob Cook enjoyed a picnic ride to Beesby. No such issues today and Joining Tim at Louth’s Meridian Centre were Paul Linder and John Ambler. Apologies had been received from Neil Parnham, Reg Bagshaw, John Rickett, Rob Cook, Chris Owen and Alan Hockham.

Weather was certainly on our side with wall-to-wall sunshine forecast for most of the day and the temperature rising to magnificent 19 degrees Celsius. Spirits rising high, we pedalled off to Hubbards Hills, passed on the way by a contingent of the Louth Cycle Club who were also heading out for a ride across the Lincolnshire Wolds.

With care needed between Hallington and Raithby due to a recent re-dressing of the road, a climb soon followed taking us all the way up to the Bluestone Heath Road. From here, the roar of motorbikes could be heard from Cadwell Park where a ‘Trackday’ was in progress.

Peace was soon restored as we made the descent past Red Hill Nature Reserve. Picturesque on this Spring Day, we noted the three full sized crosses on the skyline following the annual Good Friday walk of witness service.

Following the tracks of the ‘Viking Way’ we would wind our way past Danelaw settlements of Scamblesby, Asterby and Goulceby, the latter originally ‘Colchesbi' deriving its' name from the first major settler in the area, ‘Kolkr the Dane’.

More climbing before a relaxed descent along Green Lane to Hemingby and a route that would take us along the Bain Valley all the way to Horncastle. Time for well earned refreshments at ‘Just One More Bike’ where John highly rated the sausage sandwich. We’re always made to feel very welcome here and there were other groups of cyclists (including a group of the Boston Wheelers) also enjoying the hospitality.

For our return a change to the usual route through Fulletby and instead a ride along the attractive rural lanes past Wispington and Hatton. With the sun and wind on our backs we were soon rolling along the Roman Road heading towards Sotby Meadow. This ancient ‘salt road’ can still be traced through Belchford, Tetford, Burgh le Marsh and onto the salterns near Skegness.

No trip to the seaside for us today but a ride to Market Stainton (the former church of Saint Michaels now a fine-looking private dwelling) and Donnigton on Bain. A final stop at the Black Horse for a drink in the pub garden with thanks to John, before the two-stage ascent back up to the Bluestone Heath Road. Paul made it look easy.

Continuing along Hallington Road, Tim paused at Flint Hill to view the triangulation station at exactly 111 metres in altitude and from here there’s also a fine view of Louth, neatly framed today by the blue sky and vivid yellow of the fields of oilseed rape.

For the Louth contingent, 41 miles covered arriving home at 3.30 pm. A splendid Easter Sunday ride. Next Sunday, back into the hills for Paul’s ride to Monksthorpe. 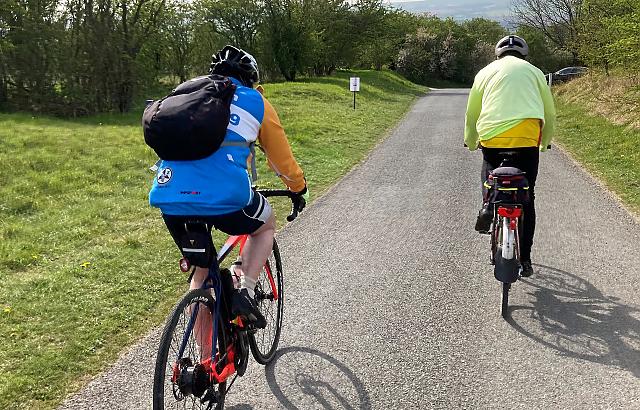 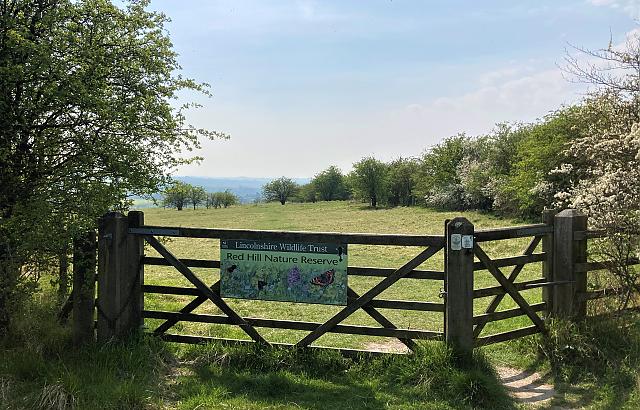 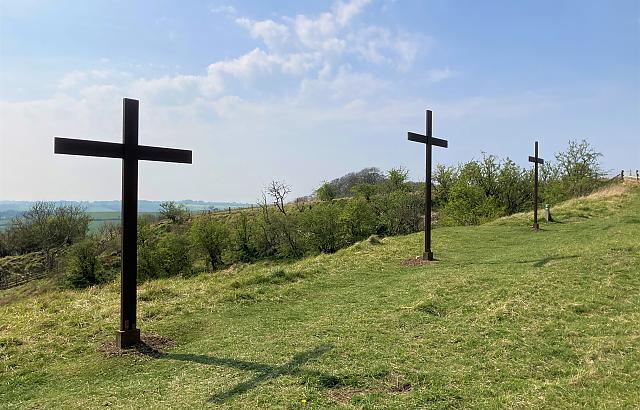 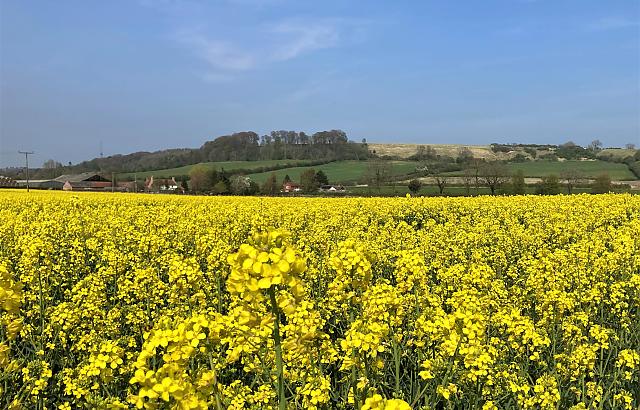 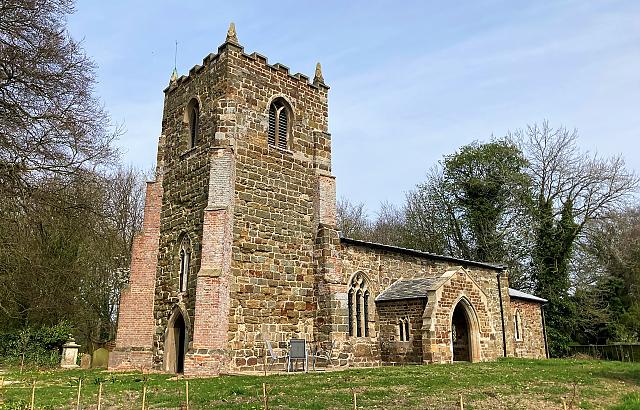