May Day, an ancient festival marking the first day of Summer. Traditionally a day where dances, singing, and cake are usually part of the festivities. We like the tradition of eating cake!

The original weather forecast for today was far from a 'Summer's Day' with patchy rain expected all day. We were delighted however to awake to fine dry conditions with light winds. A choice of an assisted ride from Horncastle or a longer ride from Louth to Dogdyke Pumping Station for their first Open Day of the season.

The longer route required an earlier than usual start at Louth’s Meridian Leisure Centre with Tim departing at 08.30 am. Apologies had been sent by John Rickett, John Ambler, Chris Owen, Reg Bagshaw and Rob Cook.

Today’s route would follow Halfpenny Lane and a pleasant steady climb up to the Bluestone Heath Road alongside Pewlade Hill. Trills of birdsong and fine views of Buzzard although we await the first sightings of the Swallow.

At this early hour no sign of the Bank Holiday rush at Red Hill Nature Reserve and glimpses of sunshine made for fine views across the Bain Valley. Vibrant hues of yellow from the rape seed at the deserted medieval village at Asterby and indeed across the Wolds dazzled the onlooker before the world turned green again alongside Horncastle Golf course. Other cyclists were clearly enjoying the day and a contingent of Woodhall Wheelers whizzed by.

Time for coffee at ‘Just One More Bike’ in Horncastle town centre before meeting up with club members Alan Hockham, Mike Gray (good to see Mike back out on the bike) and Paul Linder (who had cycled from home) all waiting patiently at the swimming pool. We were also greeted by Les and Di Brill and enjoyed a natter.

The ‘Spa Trail’ would be followed all the way to the outskirts of Woodhall Spa. Formerly a branch line of the Great Northern Railway which connected to the mainline at Kirkstead, it’s now a tranquil multi user path with sculptures designed by local artists inspired by the area’s nature and history.

Plenty of options for a refreshment break in Woodhall Spa but empty seats enticed us to visit Bar Eleven where coffee and cake were served. The delicious carrot cake is highly recommended.

At Kirkstead Bridge we would follow Withern Bank, part of Sustrans NCN 1, and it was pleasing to find sections had been totally resurfaced making for an enjoyable ride south to Tattershall Bridge.

Having re-grouped it was a short distance along the rough track to Dogdyke Pumping Station. We arrived at 12.30 pm, just as the volunteers were preparing to open the venue for their Open Day.

We have visited for a number of years but for Paul this would be his first tour. Of interest was a collection of vintage vehicles ranging from Austin’s to a Rolls Royce and also an eclectic collection of old tools including a device to extract teeth!

Historically the area around Dogdyke would have been wet marshland as late as the 1800’s. When the area underwent drainage with the help from Dutch engineers, there was initially much opposition from those making a living from the reed beds and abundant eel. Drainage initially relied on gravity but windmill pumps (‘water engines’) were installed here in 1796. The scoop wheel was made of wood and when in 1855 the first beam steam engine was built on the main site, the design survived and can still be seen today. Currently, a 1939 Ruston & Hornsby diesel engine runs a centrifugal pump made by Gwynnes. Still in full operating condition it can be brought into use in emergencies. It was great to see (and hear) it running today alongside the unique 'beam' steam engine.

Having enjoyed further hot drinks it was eventually time to try Alan’s suggestion of a route back to Horncastle along the Bain Valley. On departure a familiar roar of Merlin engines was heard and swooping directly overhead was the Battle of Britain Memorial Flight’s Lancaster PA474, which Tim claimed to have arranged especially for the occasion.

A final leg now back to the swimming pool which took us through Kirkby on Bain, Roughton and Thornton. Arriving on schedule at 3 pm having covered about 25 miles. Paul would now pedal for home with Tim also heading for the hills once more. 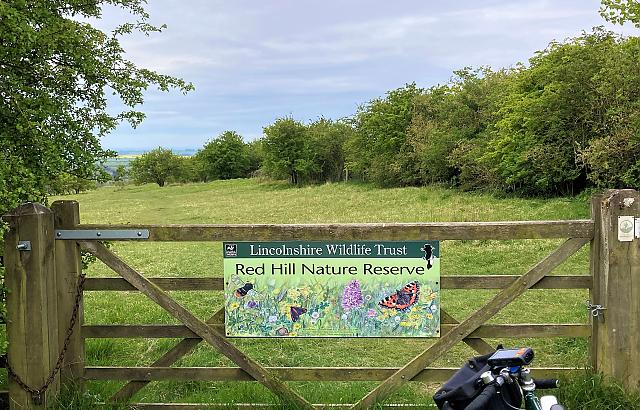 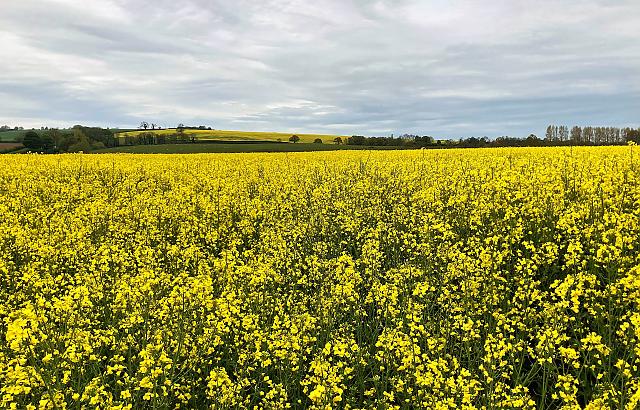 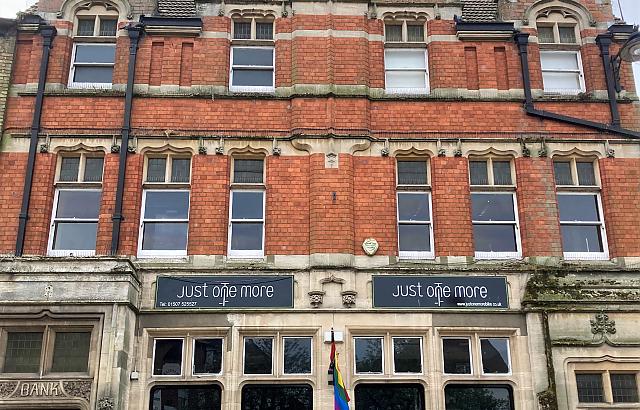 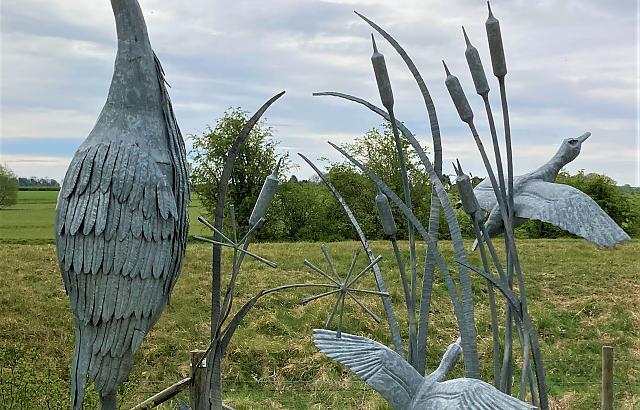 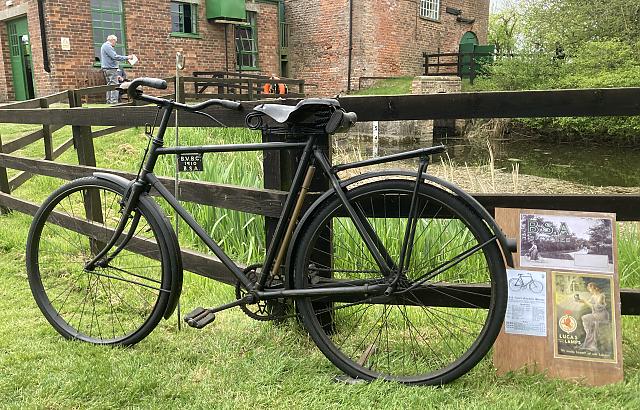 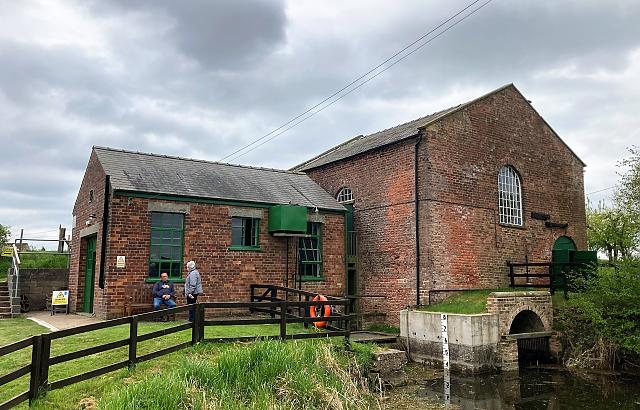 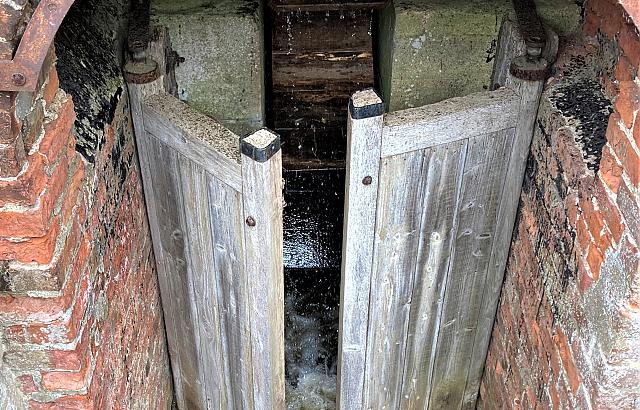 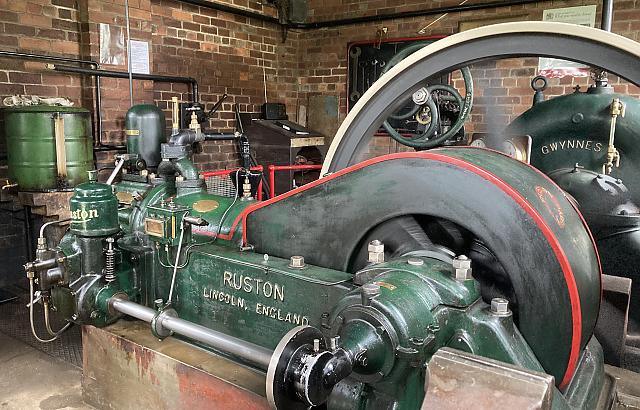 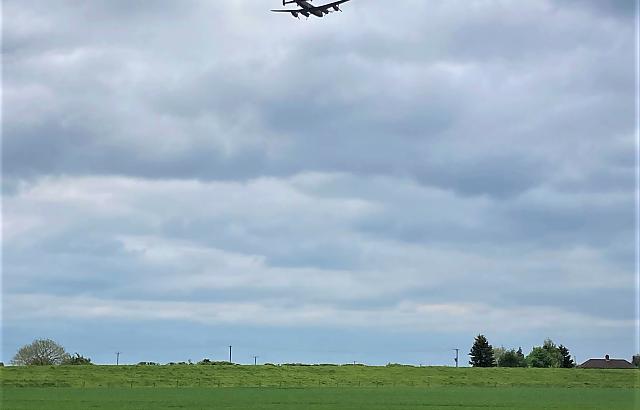