Cycling UK continues to support the UK to cycle
This remains true during this difficult period with the ongoing threat of coronavirus Covid-19
Read our latest advice on cycling
'Bicycle' the film
By mattlamy
Friday, 8 April 2016

The bicycle and the theme of cycling are perfect inspirations for filmmakers. There’s the drama, the glory and the heartbreak of professional cycle sport. There’s the freedom, the joy, and the universality of leisure cycling. And there’s the passion, the beauty and the technological interest of bikes themselves. Here are Cycling UK member Matt Lamy's favourite 10 classic movies. 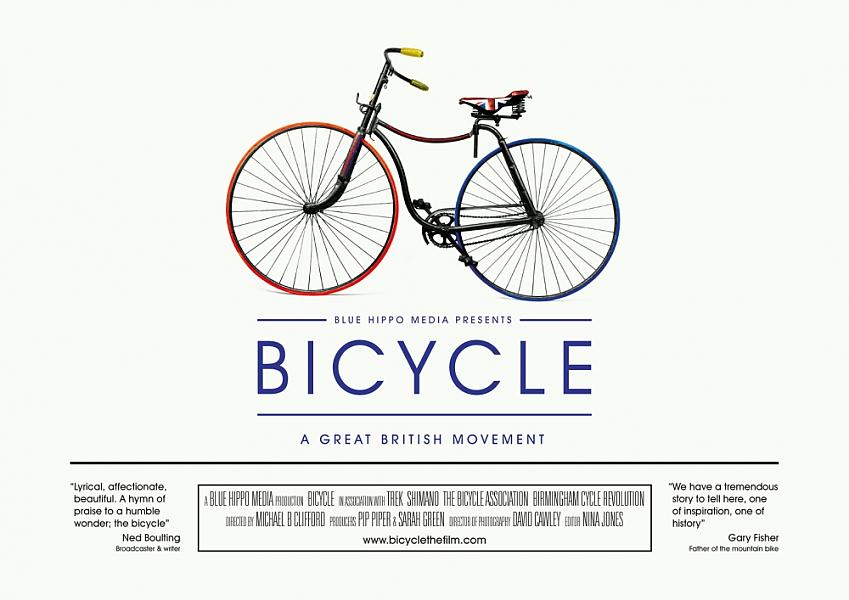 Directed by BAFTA-winning filmmaker and self-confessed bike obsessive Michael B. Clifford, ‘Bicycle’ is a uniquely British look at the history and impact of the bike and cycling on these shores. It’s got a great cast, too. We’re not talking Matt Damon or Leonardo Dicaprio, rather, the line-up of contributors includes such legends of the two-wheeled world as Mike Burrows, Sir Chris Hoy, Tracy Moseley, Chris Boardman and Sir Dave Brailsford. You can download it from Bicycle's website. 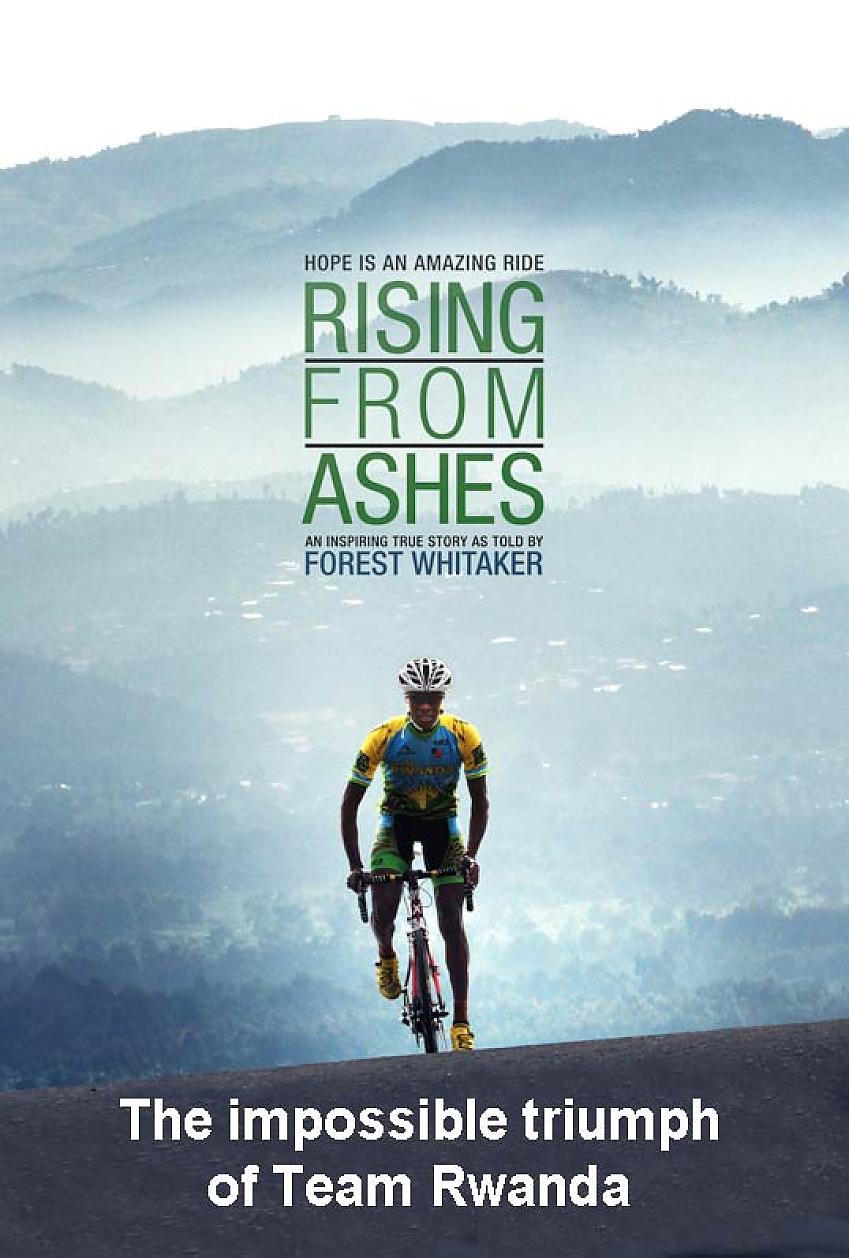 Made with $800,000 of donations, and produced over six years by a couple of not-for-profit organisations, ‘Rising From The Ashes’ is a documentary following the real story of former professional racer Jacques ‘Jock’ Boyer as he moves to war-torn Rwanda to help form a national cycling team. Well received with more than a dozen awards to its name, ‘Rising From The Ashes’ shows how camaraderie in sport can be the catalyst that reveals the very best of the human spirit. 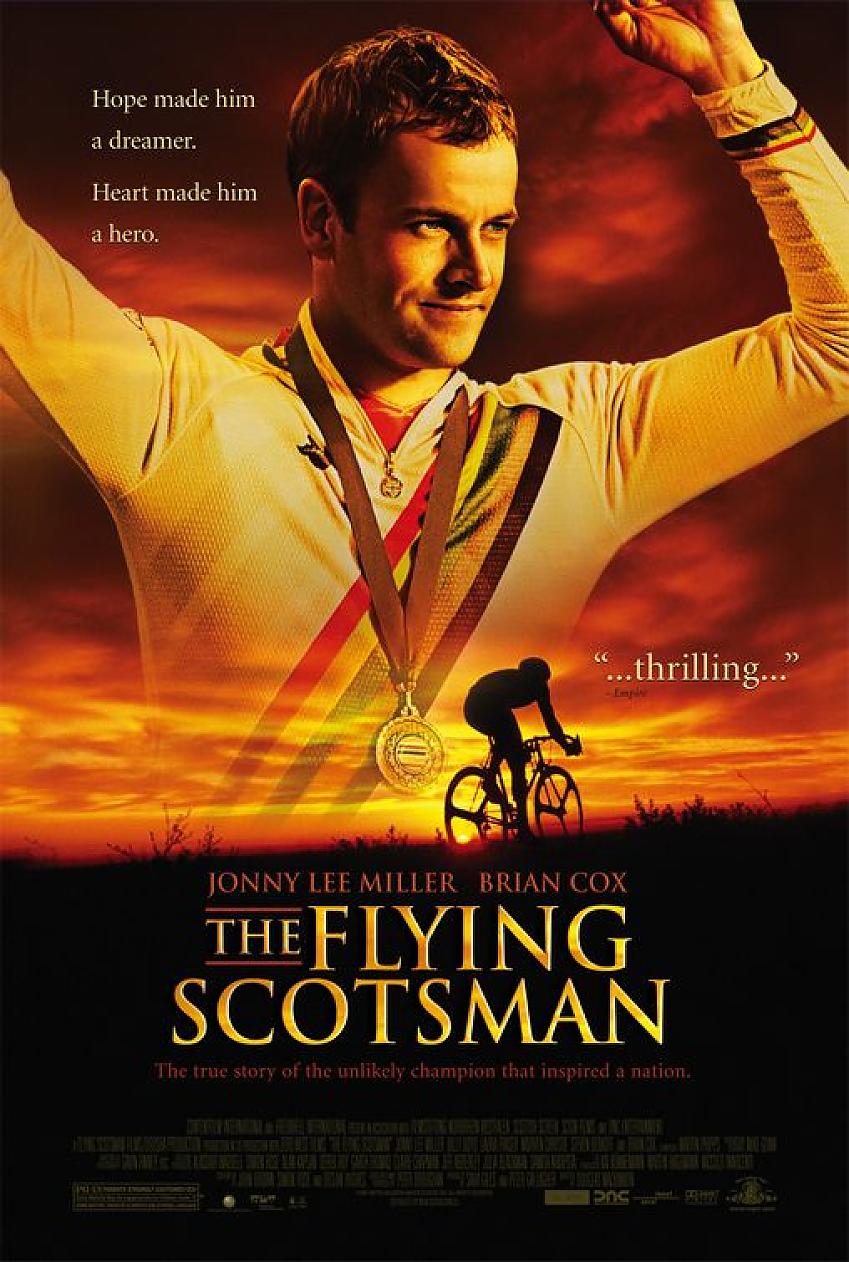 Another testament to the power of the bike when it features in the life of people who are a little bit special, ‘The Flying Scotsman’ is a biopic of Hour Record hero Graeme Obree. With an all-star cast, not least Jonny Lee Miller as Obree, this dramatised version of Obree’s best-selling autobiography reveals all the varied and complex failings and achievements, both personal and sporting, of a very rare but very real genius. 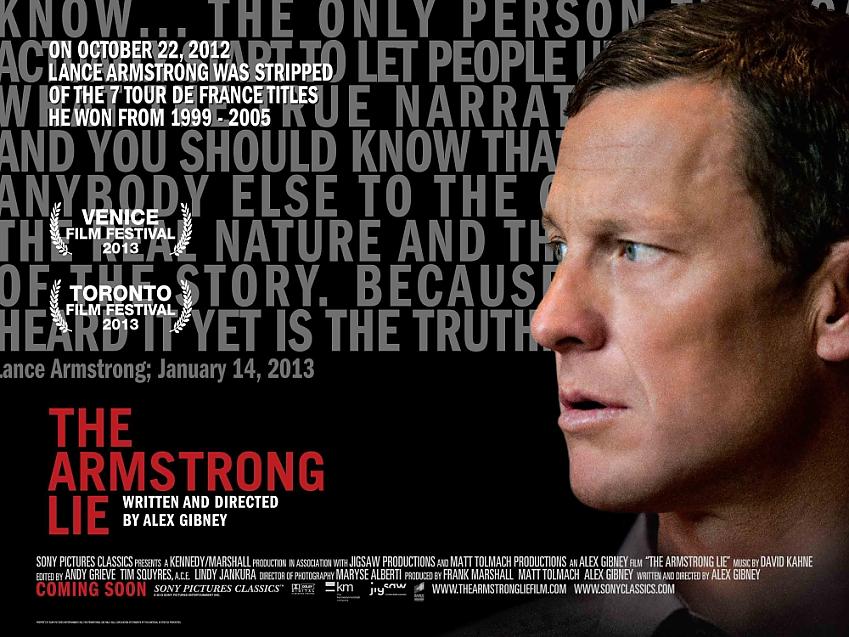 From two films that show how bicycles can help snatch glory from the jaws of despair, to a film that reveals how Lance Armstrong ultimately managed to snatch universal despair from the jaws of glory. We all know the Lance Armstrong story: the pro rider, turned cancer patient, turned greatest Tour de France rider of all time, turned most hated cyclist of all time. However, ‘The Armstrong Lie’ looks at how Armstrong himself managed to create this chapter of the sport’s history. Unlike last year’s ‘The Program’, which dramatises the same story — by using actors pretending to be people who were themselves pretending to be racing bikes fairly — ‘The Armstrong Lie’ is a straightforward documentary and all the better for it. 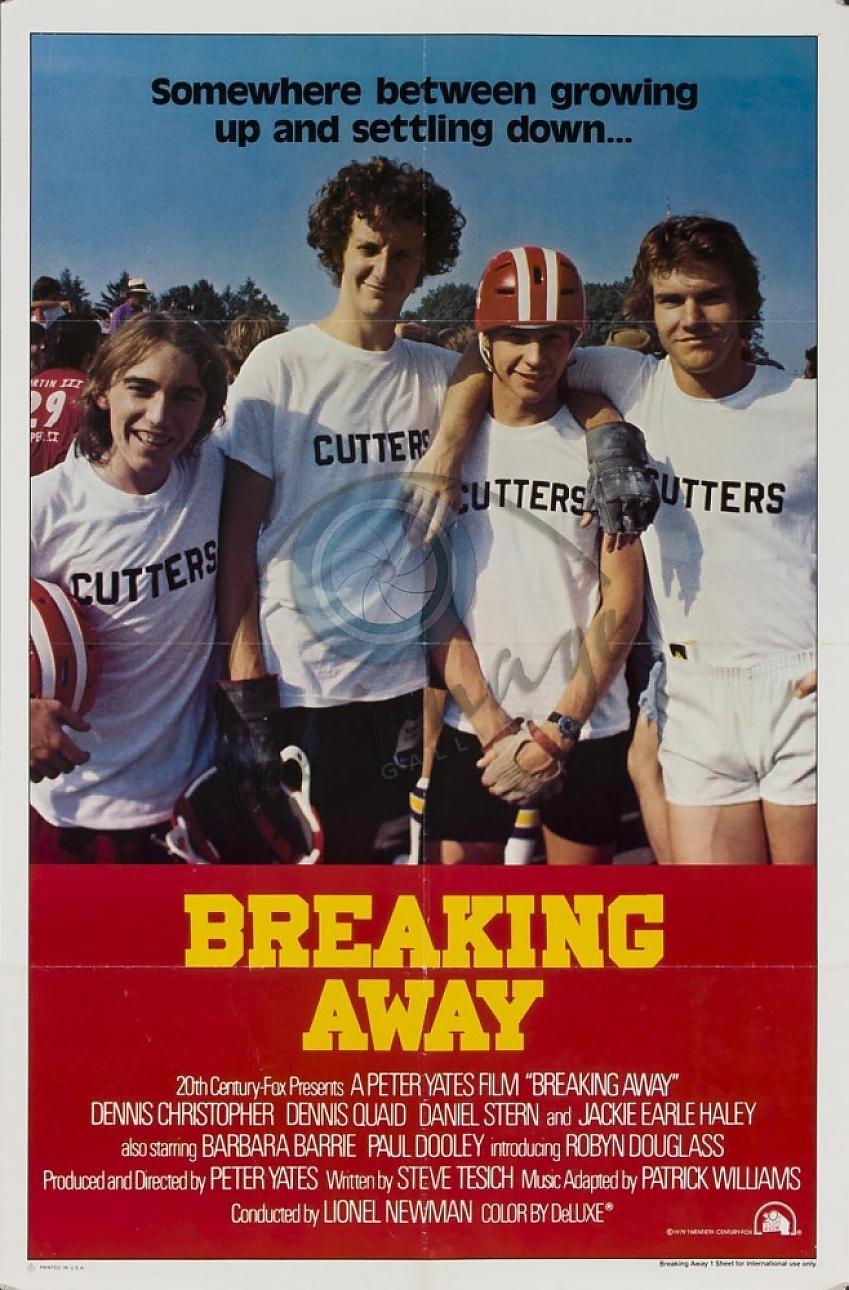 If Armstrong’s story could rather confusingly be summed up as ‘real-life fiction’, here’s some good ol’ Hollywood fictional fiction to help us regain a sense of solid ground below our suspension of disbelief. ‘Breaking Away’ is a coming of age movie revolving around Dave — a 19 year old obsessed with Italian racing bikes — and his three friends, who form a little cycling team together. It’s a real triumph over adversity movie-land story, but it’s very well done with a cast that includes Dennis Quaid and Dennis Christopher, and a screenplay that won an Oscar in 1979. In fact, it’s so good that ‘Breaking Away’ was even among the nominations for best picture at the Oscars that year. 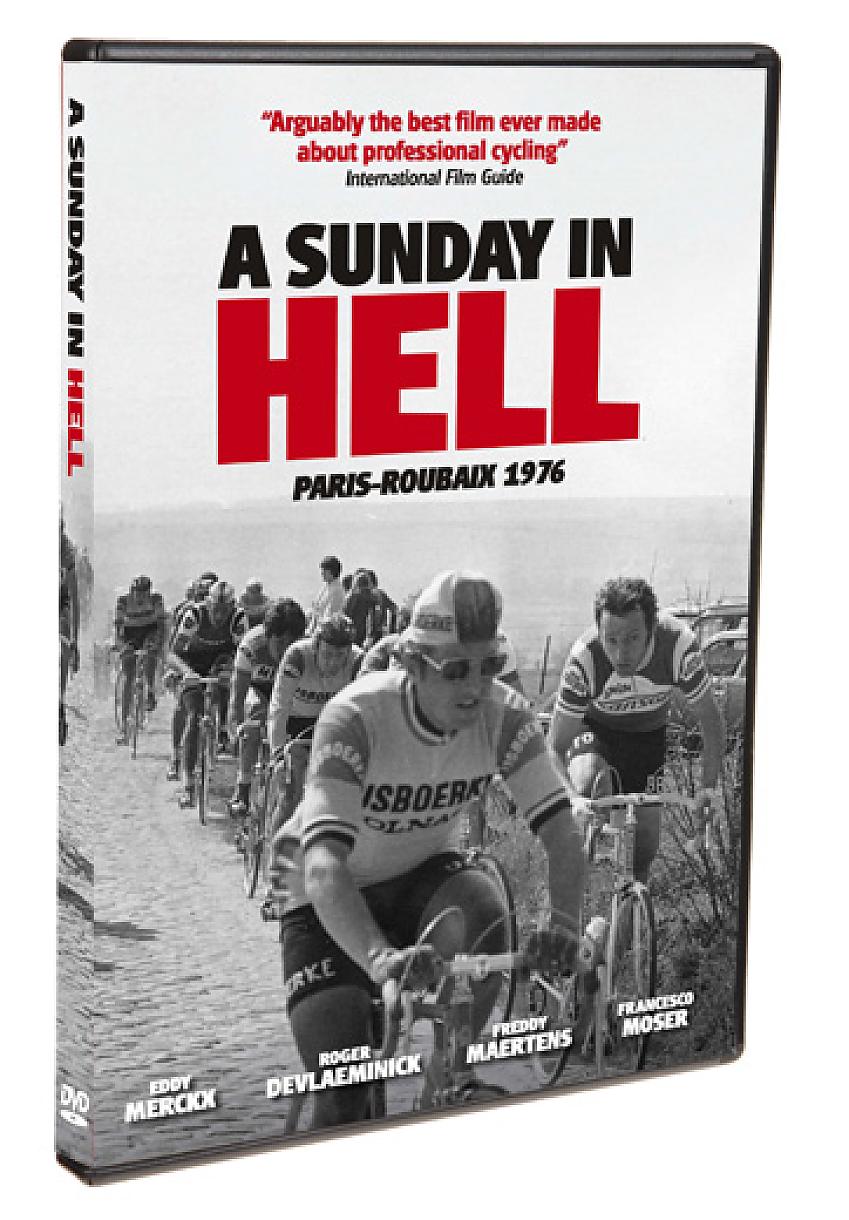 The title and any of the images used to promote Jorgen Leth’s iconic documentary pretty much prepare you for what’s about to follow. ‘A Sunday In Hell’ follows the events of the 1976 edition of the ultimate Northern Classic, Paris-Roubaix. We see the race from the spectators’ viewpoint. We see the race from the team boss’s and mechanic’s viewpoint. But the real insight into hell is the testimony of the riders — legends such as Eddy Merckx, Roger De Vlaeminck and Frencesco Moser — as we see in post-ride interviews (held in the Roubaix showers, no less) their injuries, exhaustion and mud-covered bodies. 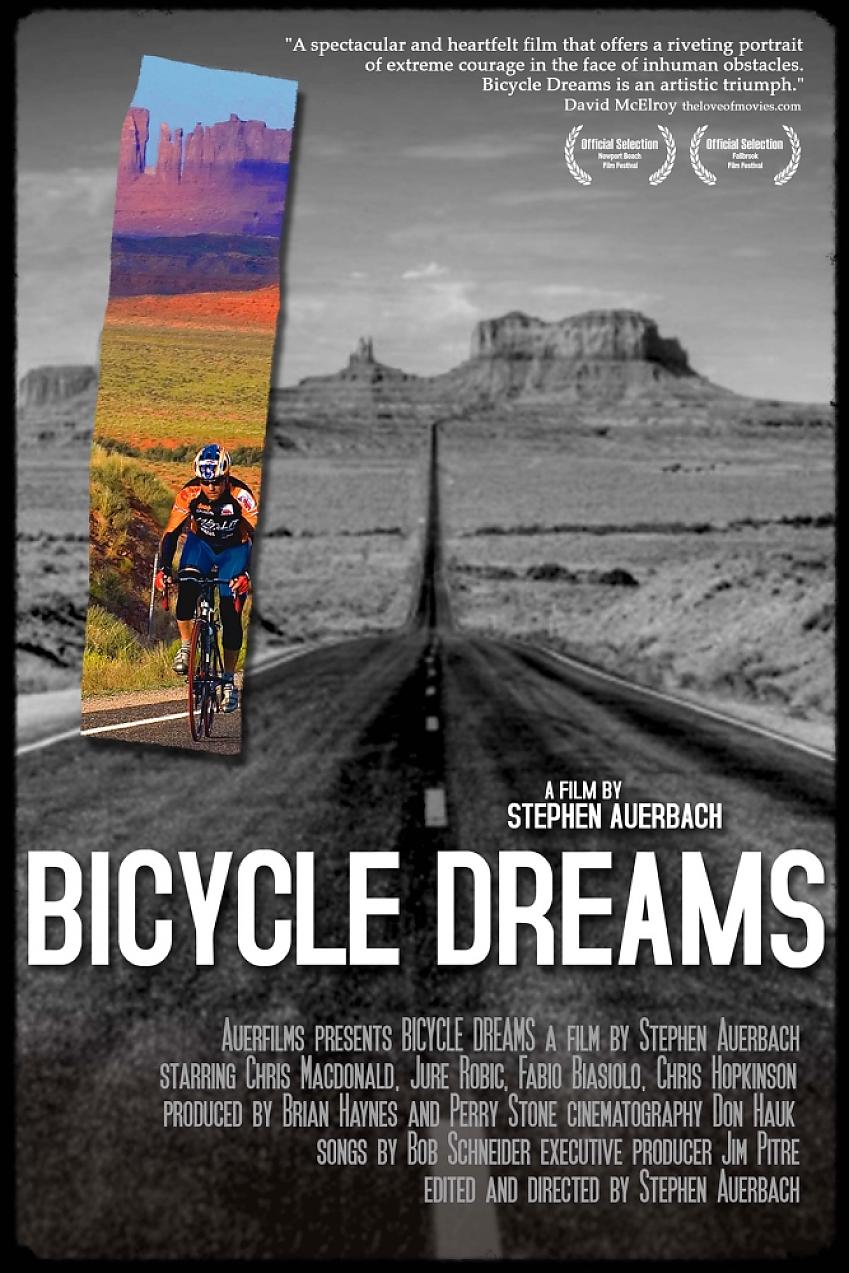 ‘A Sunday In Hell’ might show the brutality of Paris-Roubaix but that’s a very specific environment and competition. To see the ultimate hardships it’s possible to experience on a bicycle, another event comes to mind: RAAM, the Race Across America. In 2009 director Stephen Auerbach embedded 18 documentary cameras with the support crews of competitors taking on this 3,000-mile odyssey from San Diego to Annapolis. The 2009 edition of RAAM was also notable for the death of endurance cycling legend Bob Breedlove, so ‘Bicycle Dreams’ not only shows the competitors’ sleep deprivation and extreme fatigue, but also their reaction to a very unexpected tragedy. 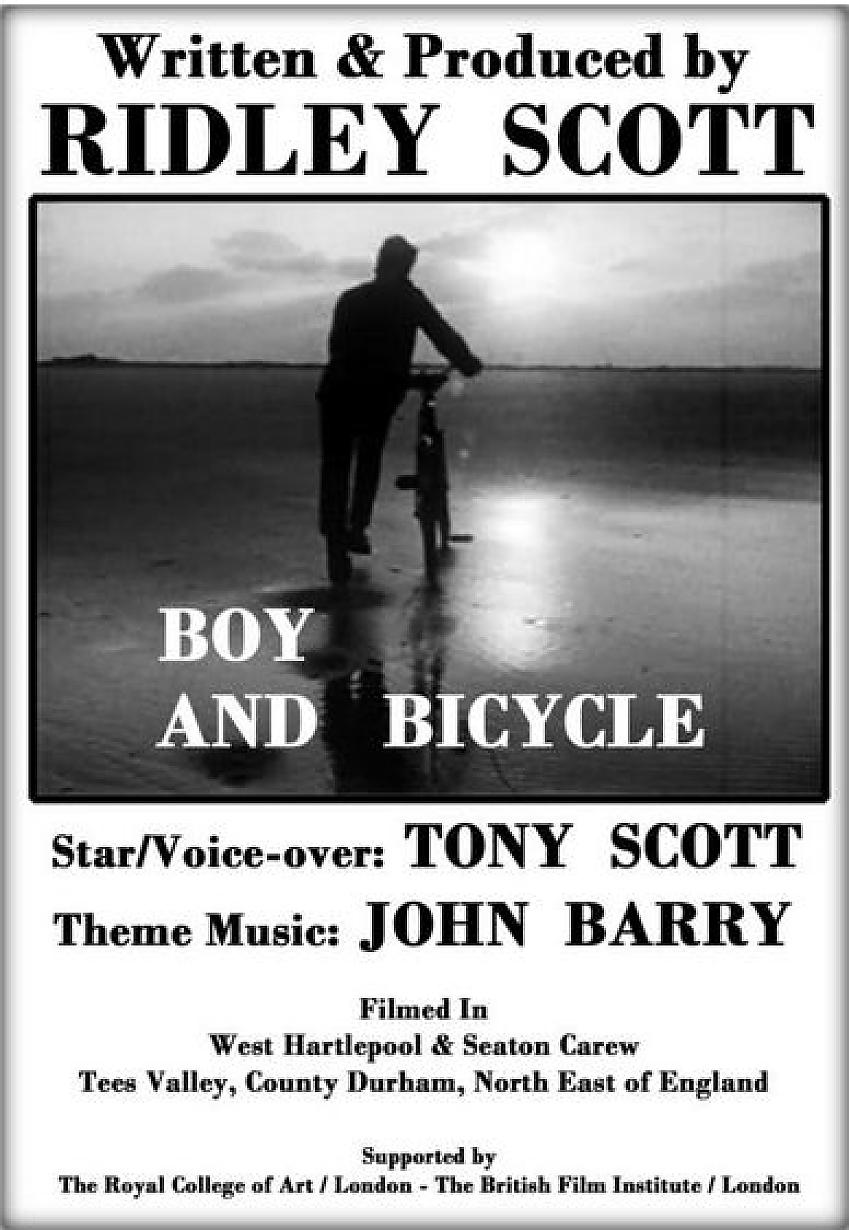 A bit of a niche option here, included mainly for cultural interest. ‘Boy And Bicycle’ was the very first film ever made by Ridley Scott — of ‘Alien’, ‘Blade Runner’, ‘Gladiator’ and ‘The Martian’ fame — and offers a snapshot of life for a teenager in a bleak 1960s northern seaside town. The short film follows Ridley’s brother Tony — who would also go on to become a Hollywood director in his own right — as he skips a day off school and cycles around West Hartlepool and Seaton Carew. Funnily enough, in 1973 Ridley Scott made possibly the most famous cycling-inspired advert of all time for Hovis bread. 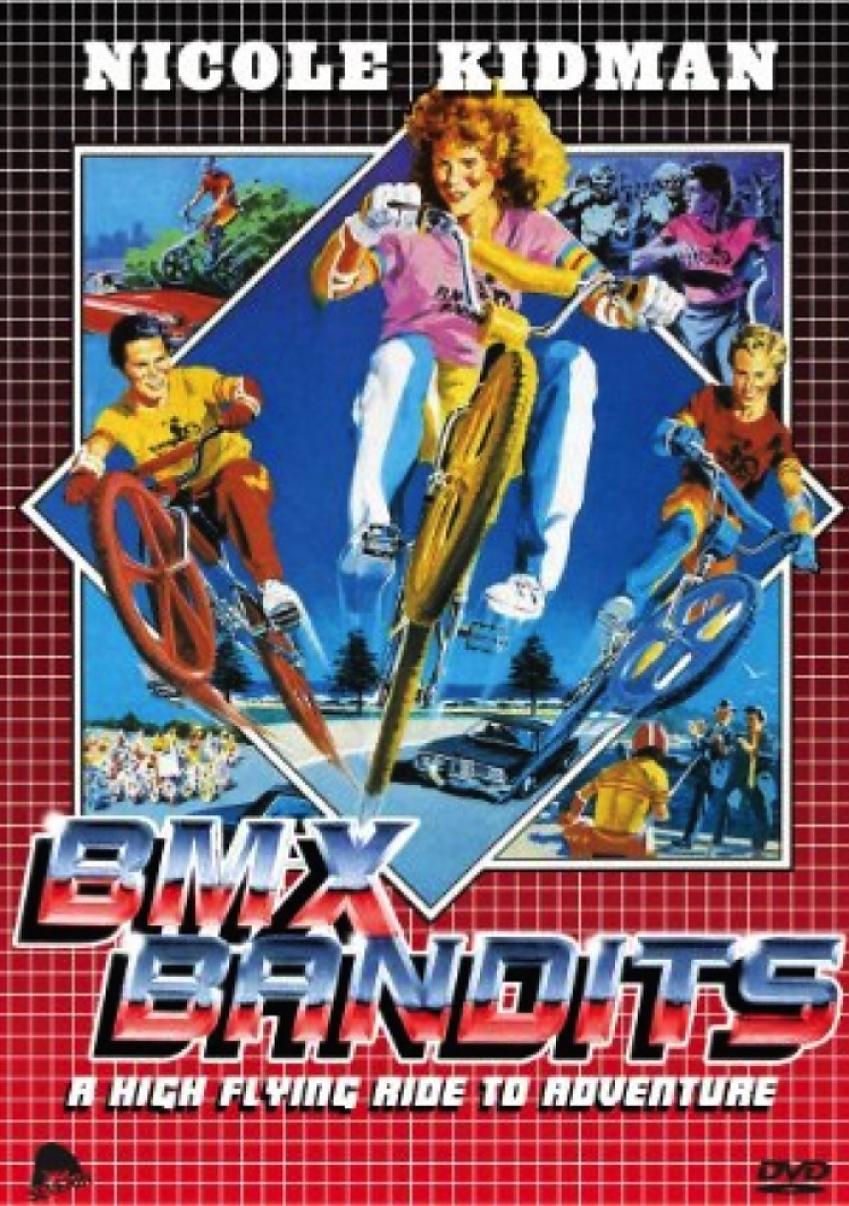 It’s an old favourite but ‘BMX Bandits’ has a place in a lot of our hearts because it sums up exactly what bikes offered us as teenagers (and beyond): independence, fun, community, and the chance to foil a payroll robbery masterminded by career criminals. OK, perhaps not that last one, but essentially ‘BMX Bandits’ is a kids’ film that reminds us all how great bikes can be. It also reminds us what a fresh-faced Nicole Kidman used to look like before Hollywood and the meerkats caught up with her.

Known a‘Les Triplets des Belleville’ in its French homeland, ‘Belleville Rendez-vous' is a heart-warming tale and the only animated movie on our list. The story focuses on Madame Souza, who helps coach her grandson Champion to become a professional cyclist and eventually race at the Tour de France. When Champion is kidnapped by the French mafia while competing at the Tour, Madame Souza goes looking to rescue him. It’s all incredibly charming, with affectionate nods to cycling culture throughout and proof that cartoons — like bikes — can be enjoyed by everybody.

Other films worth watching

Many cycling films are available free from the British Film Institute.