Emily Chappell on her Shand Stooshie. Photo by Kristian Pletten

For long-distance bikepacking like the Transcontinental Race from Belgium to Greece, Emily Chappell uses a custom-built Shand Stooshie. Cycle magazine's Dan Joyce spoke to her about her bike.

Emily Chappell is an endurance cyclist in the mould of the late Mike Hall. A director of the Adventure Syndicate, a Cycling UK affiliate group encouraging women to undertake challenging rides, she was one of the guest speakers at Cycling UK’s ‘100 Women in Cycling’ event. She came to long-distance events through touring and a career as a cycle courier.

Last year, she was the fastest female rider in the TransContinental Race and on 28 July will be taking on the race once more riding from Belgium to Greece.

When we spoke, she had just returned from the 2,500km TransAtlantic Way race in Ireland, pulling out after 2,000km due to pain in her hands.

She had been testing her long-distance bike, a Shand Stooshie. "I was originally interested in the Stoater," she said. "The Stooshie is lighter and more racy. It’s designed to go on and off road. It’s excellent on gravel. I think everybody is trying to achieve an ultimate do-anything bike. For me, this one is close to the Holy Grail."

It’s a bespoke bike, built by Shand in collaboration with Isla Rowntree. "Isla applied her brilliant obsession with detail to get me in the right position," Emily said. "She did the eventual drawings for the bike. It’s adapted to my size and also to my style of riding, which she observed by coming out on long rides with me. Before this, I was riding much more stretched out, because I’ve always ridden bikes that are too big for me, like quite a lot of women.

Also, the front end of my old bike was too high. I ended up with the hoods rotated too far around the handlebar, to try to get lower. It was uncomfortable."

​Isla and Emily are still making tweaks to the Stooshie. "Bike fitting is a difficult art because there are so many factors," said Emily. "And it’s a moving target: people’s bodies change over the course of their cycling career, and even over the course of a ride."

That was why she rode the TransAtlantic Way ahead of the Transcontinental: "You don’t know what’s going to happen on day seven if you’ve never ridden that bike for seven days in a row."

Overall, the new bike was much more comfortable. The hand problems will be addressed by adjusting the position of the handlebar or brake hoods – or perhaps by adding tri-bars. The smaller frame has had other repercussions, however.

"With a shorter head tube, there’s less space before the bottles bump into my frame pack," Emily said. "You have to be more ingenious if you’ve got less space."

Fortunately, Emily does travel light: "Over the years, the bags I carry have got smaller and smaller with less and less in them. The most recent event I did, I used Apidura’s smallest seatpack containing a sleeping bag, a bivvy bag, and a foil blanket; I don’t carry a mat, because my back seems to like sleeping on concrete and gravel. I also carry a merino vest in there, a spare pair of socks, and some spare food. I have a half-sized frame pack that’s got tools, spare gloves, arm warmers, and spare lights in, plus a top tube bag, and a couple of food pouches."

The priority on any long-distance event is to keep moving, which is why Emily favours mechanical disc brakes and shifters. "I can fix cable discs myself, unlike hydraulics," she said. "And I don’t trust electronic shifters not to let me down in the middle of nowhere."

Last year I came first by about two days – as long as I carried on, I was going to win. This year, there’s people like Paula Regener, Janie Haynes, and Shu Pillinger, who’s done the Race Across America. So I think it will be quite exciting."

People are drawn to adventure racing from different backgrounds: racing, triathlon, audax, touring, and more. Emily’s background as a cycle courier isn’t an obvious advantage, yet she’s done very well in past events. "I am used to getting on the bike every day, even when I feel rubbish," she said. "As a courier, it’s your bread and butter.

Last year I came first by about two days – as long as I carried on, I was going to win. This year, there’s people like Paula Regener, Janie Hayes, and Shu Pillinger, who’s done the Race Across America. So I think it will be quite exciting." 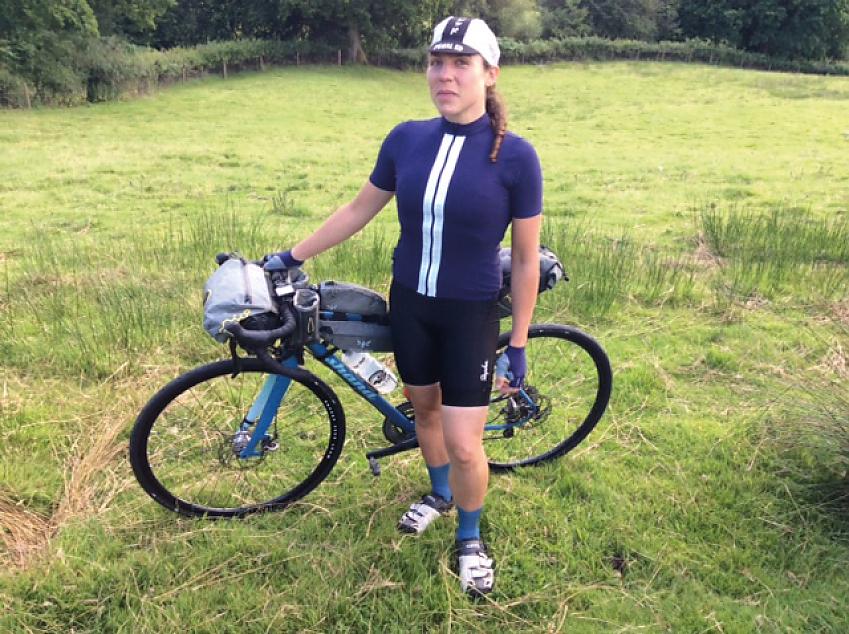 Touring and Expedition     Bike and Cycles     My Bike     Technical advice