Travellers' tales: A taste of Turkey

You can view Stephen’s route at tinyurl.com/yxfrgels
By Lauren Purdy
Thursday, 23 July 2020

Travellers' tales: A taste of Turkey

Last February, Stephen Psallidas swapped a British winter for one by the Mediterranean.

Christmas was cold and dark so I decided to vote for Turkey – a Turkish cycle tour, that is! Two months later, I set out from Antalya on a five-day, 500km tour along the coast to Kas, where I circled back inland.

It was an excellent ride, much hillier than I expected. It included Alpine-style climbs with classic hairpin descents, spectacular Mediterranean beaches, and a cable-car diversion to the snow-covered peak of Mount Olympus (Tahtalı Dağı). The peak is 2,500 metres. I emerged from the cable car into heavy snow and -10ºC temperatures. Despite shivering in my cycling top and light waterproof, the views down to the sea were amazing.

I whizzed downhill to Cirali. A quick dip in the Med from Cirali’s beautiful beach achieved something I’d wanted to do for many years: being in the snow and swimming in the sea on the same day! Later, I rode over to the strange sight of a hillside covered in small natural gas flares burning out of holes in the rock. 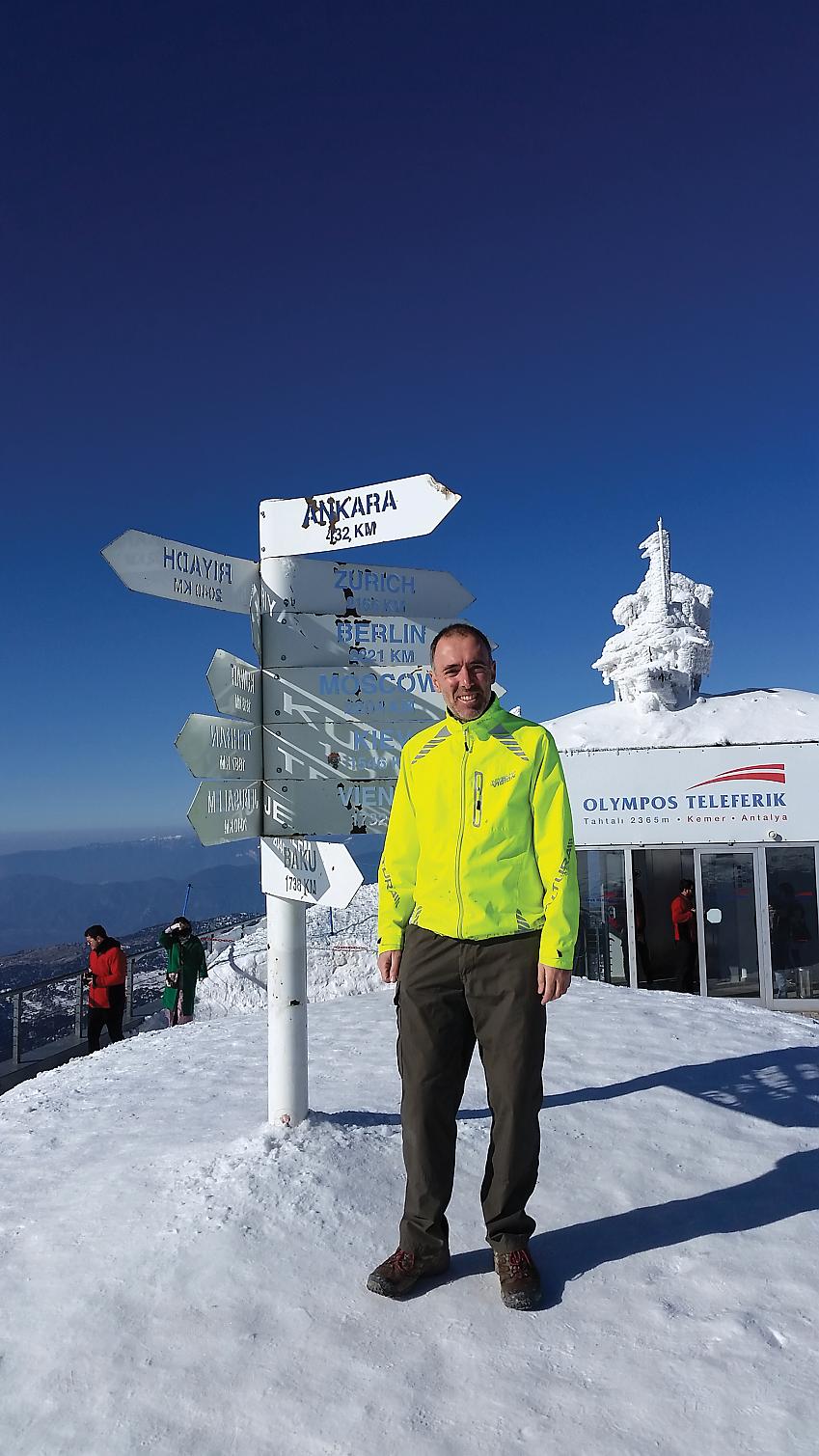 The roads were mostly quiet, the people friendly, and the food and accommodation cheap in the off-peak season. Adventure loomed when I had to lug my bike and pannier on my shoulders around a major landslide on a road in the middle of nowhere, and another day involved a freezing, waistdeep river – escapades duly filed under ‘future dinner tales’.

The only downside was the rough road surface. My 28mm tyres were a mistake! I rolled back into Antalya feeling like one of the ancient Greek ruins dotting the city, but a sauna and massage soon sorted me out.

It was a proper Turkish delight!

From turkey to training again View