Cycling UK continues to support the UK to cycle
This remains true during this difficult period with the ongoing threat of coronavirus Covid-19
Read our latest advice on cycling
Hurricane Irma had left its mark
By CyclingUKvolunteer
Wednesday, 27 February 2019

Taking on a 1,500 mile self-supported tour from Boston (Massachusetts) to Daytona Beach (Florida) against a prevailing southerly wind in the peak hurricane season might seem foolish. But if you get lucky, you could have the sun on your face all day and the wind on your back. We got lucky. Two weeks earlier, Hurricane Irma would have forced abandonment; two weeks later, Jose would have delayed our start.

We picked up ex-rental Kona Dew hybrids from UrbanAdventours in Boston. Our route was based on the East Coast Greenway (ECG) trail from Maine to Florida. The ECG urban route south of Philadelphia was brutal: we cycled on the shoulder of a three-lane highway with trucks zooming by. As we crossed into Maryland, my derailleur hanger snapped. Who knew that such a simple part was so bespoke to brand, model, and year? The nearest part was in Washington DC. My son Tom cycled solo for the next 120 miles.

After DC, the cycling was great, along a mix of back roads, trails, and bike lanes adjacent to highways. The 30° heat and 90% humidity meant we were soaked within five miles of the start of each day. The Carolinas, Georgia, and Florida are pan flat and the tree-lined roads are straight as far as the eye can see. We might as well have been cycling in front of a video screen in a sauna. The only hills were the bridges taking us across the rivers used for commerce.

The damage from Hurricane Irma that we first saw in Charleston became more devastating the further south we went. Our hosts along the way told us of mandatory evacuations and days without power. We were lucky.

At the finish we donated our bikes to Hub Cycling, who refurbish bikes and give them to a children’s charity. 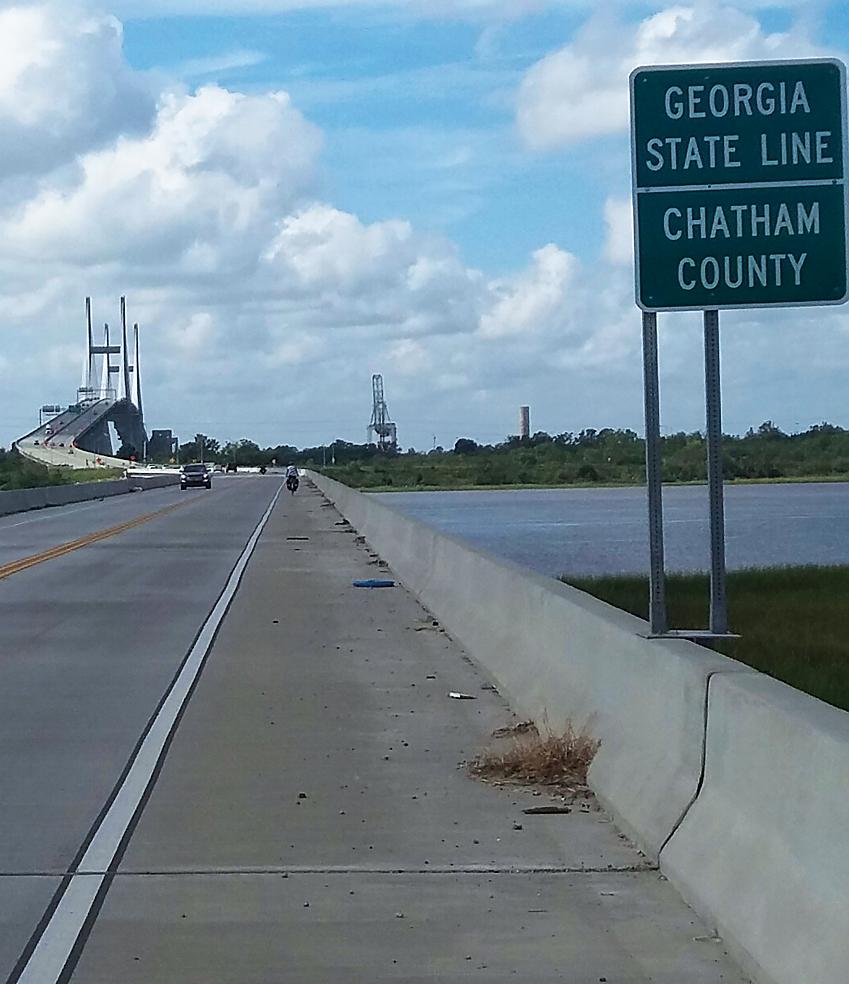