Cycling UK continues to support the UK to cycle
This remains true during this difficult period with the ongoing threat of coronavirus Covid-19
Read our latest advice on cycling
Neil visits his 50th checkpoint
By CyclingUKvolunteer
Thursday, 6 February 2020

Returnee cyclist Neil Warwick discovered 402 reasons to go for a ride.
After a 20 year hiatus from cycling I bought myself a new bike in 2016 and quickly decided I needed a reason to ride different routes rather than the same old roads. Reading an issue of Cycle (having maintained my Cycling UK membership), I  stumbled upon the British Cycling Quest aka BCQ.
The BCQ is in my opinion one of the unsung gems of Cycling UK’s work. A network of 402 checkpoints around the country, it can best be described as 'geocaching on a bike'. Simply visit as many or as few checkpoints as you wish, answer a question about each checkpoint to prove you’ve been there, and submit your answers for validation and awards.
The ‘competition’ is free, with only a small covering charge for cards and medals. Checkpoints are as far apart as the Isle of Wight and the Shetlands. 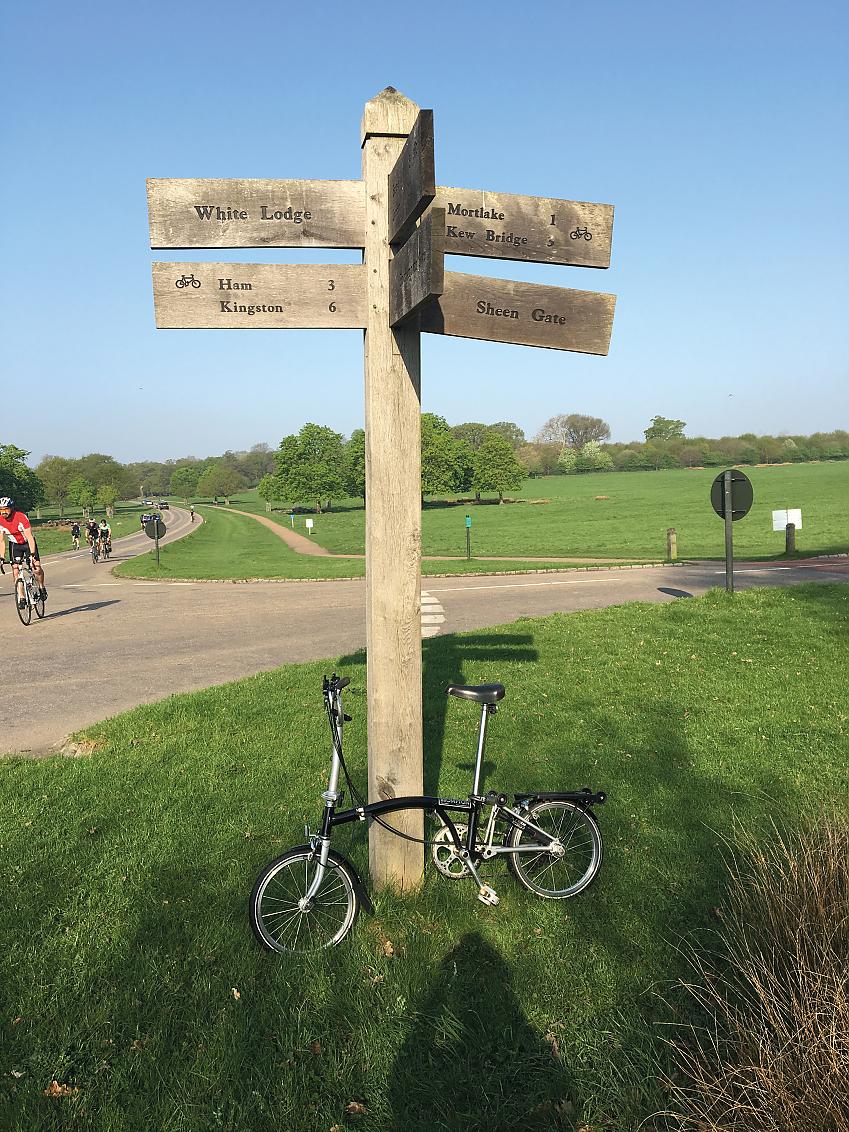 London is home to six checkpoints
In a year and a half of competing in the BCQ, I  visited almost 70 checkpoints and cycled around some wonderful parts of the country, mostly in the south.
Then I ventured further afield, with a two-day tour of the Isle of Wight standing out as a favourite.
That’s been balanced with some days to forget – getting soaked in Surrey, for example.
In pursuit of checkpoints, I’ve cycled steep hills in Dorset, I’ve cruised around the streets of London on my Brompton, stopped at countless pubs, developed a taste for real ale, met many interesting people, and visited fascinating places that I wouldn’t have known existed.
If you’re looking for a reason to ride, then you could do a lot worse than check out the British Cycle Quest. I blog my own BCQ rides at www.quest.nwarwick.co.uk.
Touring and Expedition     Travellers' tales     British Cycle Quest

You can be part of Travellers' Tales in Cycle magazine and on the Cycling UK website.

Email your tale to cycle@jamespembrokemedia.co.uk