Roadster, sit-up-and-beg, or Dutch bike? There are various names for a bike designed for slower cycling in an upright position with a swept back handlebar, often a step-through frame, a chainguard, a coat- or skirtguard, and a basket or rack to carry a small load. You don’t spot many in the UK, but roadsters are a common sight on the streets of the Netherlands, Germany, Denmark, and Sweden, all places where there is a culture of everyday cycling.

The Pashley Princess Sovereign and the Gazelle Chamonix C7 enable you to glide through the streets rather than race along in Lycra with your head down. That’s important to me at the moment as I’ve injured my lower back and pelvis. Sitting up prevents strains, aches, and pains.

The Pashley Sovereign was designed in the 1930s and hasn’t changed all that much since. It is still handmade in the UK, in Stratford upon Avon. Pashley bikes are often used in period films and TV dramas; keep your eyes peeled and you’ll see some in the latest Mary Poppins film.

If you don’t like attention, this is not the bike for you. People stop you in the street to talk to you about it and tell you their mother/aunty/granny used to ride one like yours. A woman even waved me down in the street shouting: “What’s your bike’s name?”. (Hers is Demelza, after her favourite character in Poldark.) And I was invited to a Pashley picnic by a man on a Pashley Guv’nor at the traffic lights.

The Gazelle Chamonix C7 is a more modern looking bike, although it is designed by Royal Dutch Gazelle, a company that started in 1892. A few people I met thought it was an e-bike and that I had a motor inside the boxy frame. I have no idea why, since I was cycling very slowly. 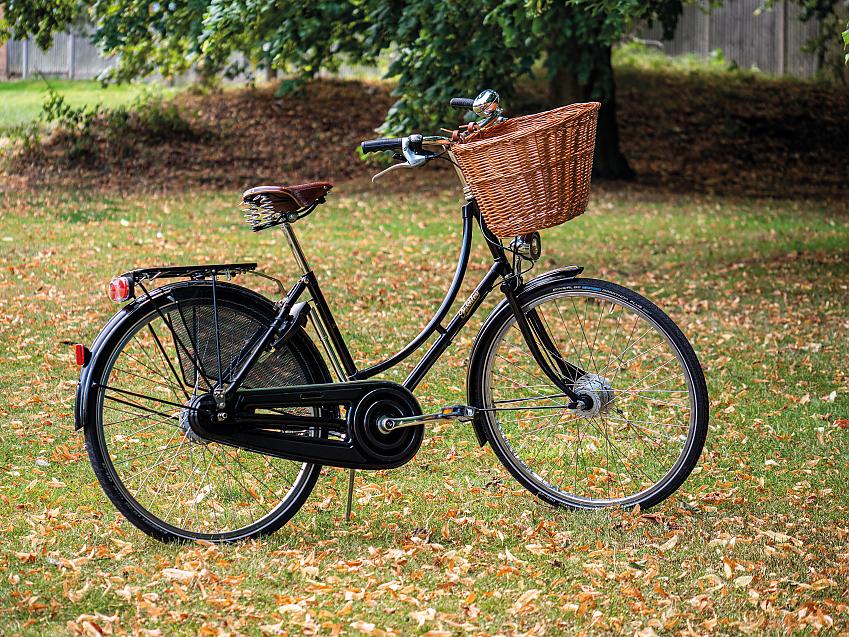 The Pashley Princess Sovereign’s lugged steel frame is brazed by hand and painted at the Pashley factory. There’s a steel fork too, and fittings on the frame for a rear rack and a pretty but not very easy-to-use pump. The geometry is classically roadster-ish, with relaxed frame angles and a long wheelbase. It cruising around at an easy pace rather than travelling in a hurry.

The Gazelle Chamonix C7 frame is TIG-welded, hydroformed aluminium, with a sportier geometry and slightly lower step through. Though nearly 4kg lighter than the Pashley, it’s still a heavy bike. The aluminium fork has head/steerer tube suspension reminiscent of Cannondale’s Headshok system, except that here it’s a simple steel spring offering only around 25mm of travel. I didn’t feel it was necessary as the upright riding position means your weight isn’t on your hands. 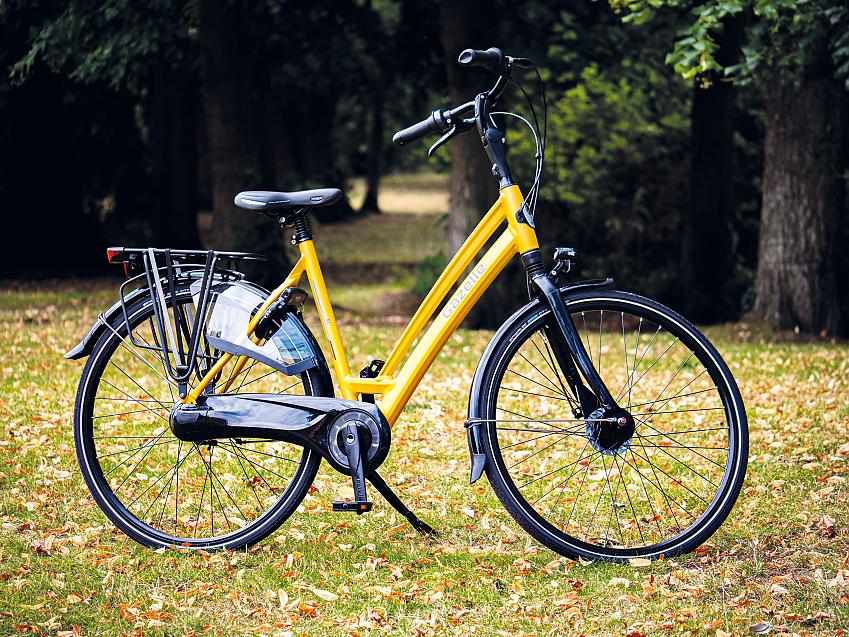 At first glance the Pashley Princess Sovereign looks like a bike from the 1930s and 1940s. On closer inspection, it has a mix of classic and contemporary components. The sprung leather saddle might be a traditional Brooks but the chaincase, for example, is plastic.

The beautiful, hub-dynamo-powered front light is (un)matched with a battery-powered LED rear light. The Gazelle also has a battery rear light, and it’s an odd choice in both cases. While it’s true that you can have a brighter front lamp if you don’t divert some of the power to the rear, the real reason may simply be production efficiencies as there’s no (internal) rear wiring required.

The wheels on the Pashley are a traditional size: 26×1 3/8in, otherwise known as 650A. The rims are 590mm in diameter, 6mm bigger than 650B/27.5in. It’s an uncommon size, midway between 700C and 26in MTB size. Limited tyre choices aside, it’s actually a decent option for a smaller size bike. The largest size Princess, meanwhile, has ISO 635 wheels (also uncommon!), just like the men’s Roadster Sovereign. Puncture repairs don’t normally faze me but the rear wheel on the Pashley made me worried I’d have to faff about with my whole toolkit on the roadside to mend one. Thankfully, I didn’t have to take the wheel off: the Schwalbe Marathon Plus tyres are almost impregnable. The price to pay for the lack of punctures is that they’re not exactly easy rolling.

The Gazelle has ‘normal’ size (700C) wheels with easier rolling but less tough tyres. If you do get a puncture, vertical rear dropouts make rear wheel removal and refitting more straightforward. There’s a chain tensioner hidden in the chaincase to stop the chain going slack.

Both bikes have modern hub gears and roller brakes. Pashley switched over from rod brakes in the late 1990s, as roller brakes are much more effective at stopping the bike in the rain. They don’t offer the instant bite of disc or V-brakes, however, so you need to think ahead and leave more time to brake, especially going downhill. Both bikes are fully equipped. With a chaincase and skirt-guard, you can rider either bike in whatever you want; I tried a long skirt and wide culotte style trousers to confirm they were effective. It’s quite liberating to be able to ride in anything you fancy. Plus your chain should last longer as it’s more protected.

The mudguards on the Pashley are steel so won’t fold up behind the fork if a stick gets caught. Both bikes have frame locks; the one on the Gazelle is more secure as it's bolted to the frame. But don’t rely on either for anything more than just-popping-into-ashop security.

With a rear rack and, in the case of the Pashley, a sturdy front basket, both bikes are suitable for commuting or shopping. Either would accommodate a childseat, although adding a 10-15kg toddler to an already heavy bike would require quite a lot of strength to ride.

The bikes’ kickstands came in handy, and the Gazelle’s is particularly sturdy. I missed bottle cage mounts, which neither bike has, as I tested the bikes in a heatwave.

I rode the bikes on my commute, on 10-mile rides, and when cycling with my children. Aside from the riding position, the most obvious feature – common to many roadsters – is weight. They are both really heavy. The Pashley is 22.4kg, which is more than many e-bikes! You can’t help but notice this if you’re used to lighter bikes.

Even with the help of the Shimano Nexus 8-speed gears that Pashley introduced in 2017, hills are hard, especially if like me you’re not the lightest rider. I began to notice slight inclines on roads I cycle daily and that I had always thought of as quite flat. Lower gears would help. I’d like a bigger sprocket for both bikes.

The Gazelle is easier to ride uphill despite its higher bottom gear, and it feels a bit nippier when turning. Its twist-shift gears should be more intuitive for returnee cyclists. Gear shifting, which can be done while stationary, is smooth on both bikes, and the steps between ratios feel nice and even.

The Gazelle’s bottom bracket is unusually high for a town bike, making it harder to put a foot down at the lights. At 5ft 6in, I’m not particularly short but the Dutch are generally taller than us, which might explain this design choice – and the fact that this bike comes in a huge 61cm size. In the Netherlands, bikes with step-through frames aren’t considered ‘women’s bikes’.

The high bottom bracket of the Gazelle is not helped by its suspension seatpost, which moves up or down when you change your position on the saddle and not just over bumps. I found it hard to get the saddle height correct and would have a preferred a normal post, or even a dropper seatpost. However, I loved the adjustable Gazelle Switch stem. The Switch makes it easy to fine tune the riding position, and would make it easy to swap between different riders. It’s perfect for anyone with back or neck pain issues.

To see the Gazelle switch in action, watch the video:

The bottom bracket on the Pashley is also quite high but that’s mitigated by the bike’s slack seat angle; the saddle isn’t as high off the ground.

Both these bikes offer a comfortable riding position for shorter journeys, combined with a great view of the road. The Gazelle Chamonix C7 is a modern take on the classic roadster, with an amazing stem that lets you find the most appropriate riding position quickly. The Pashley Princess Sovereign is a beautiful classic that’s made in Britain. Yet there’s no escaping its weight, so even in this 8-speed version it’s better suited to flatter parts of the UK. 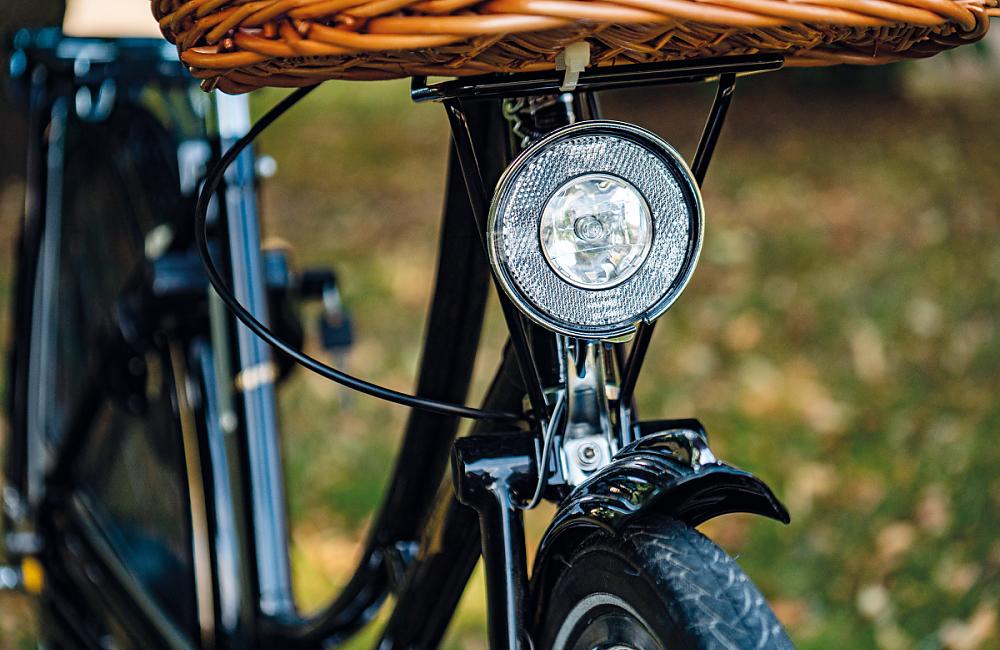 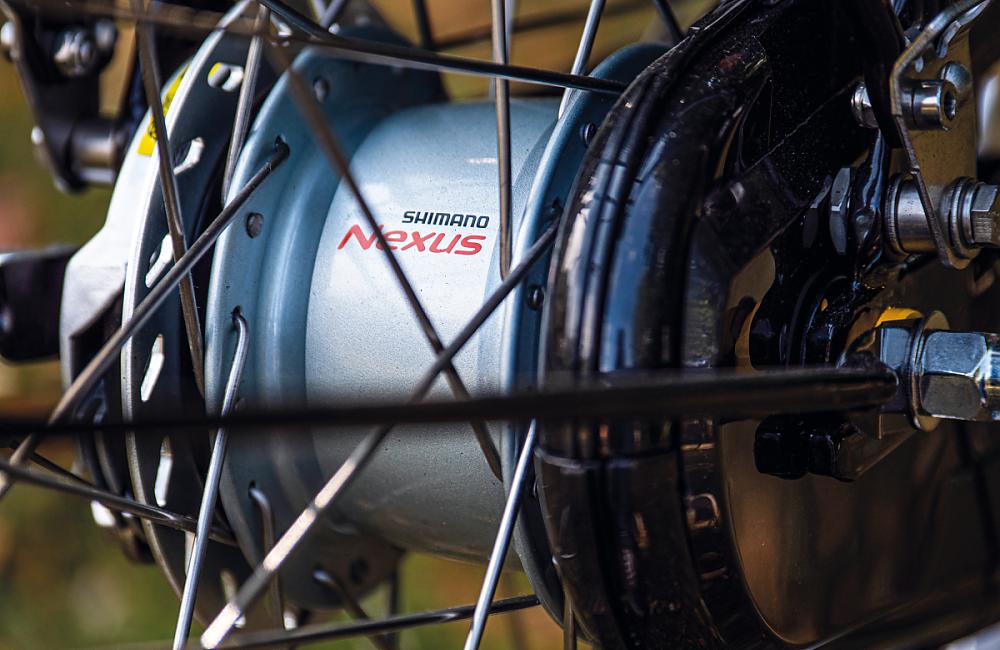 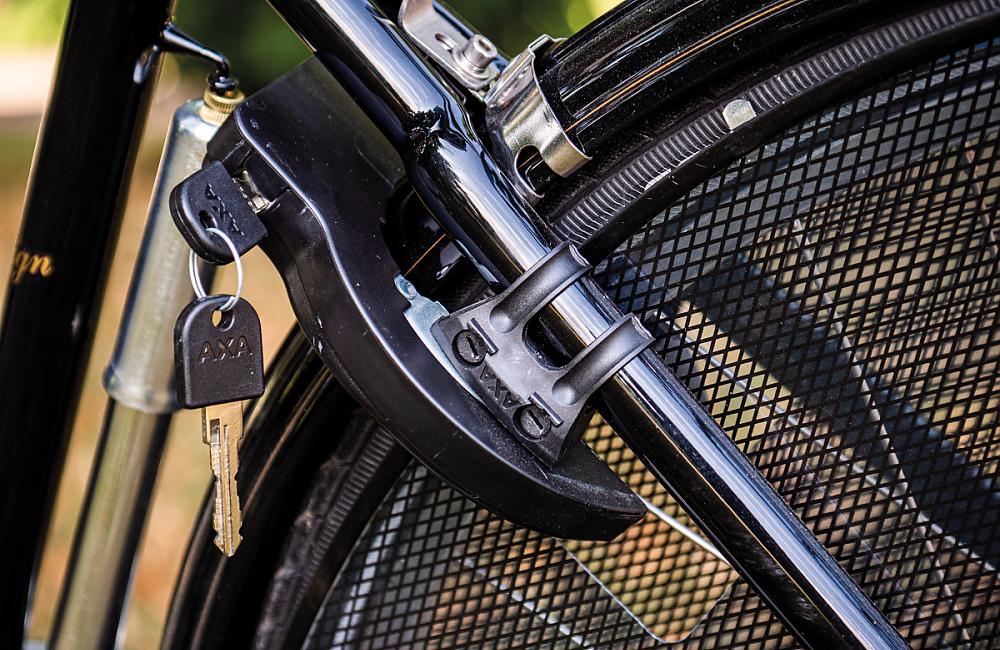 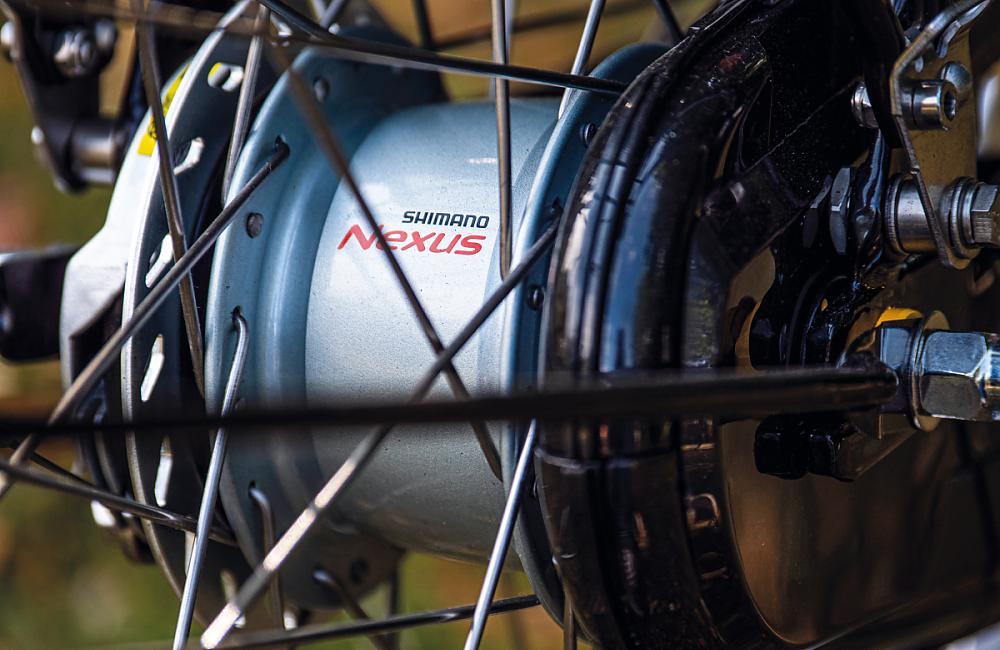 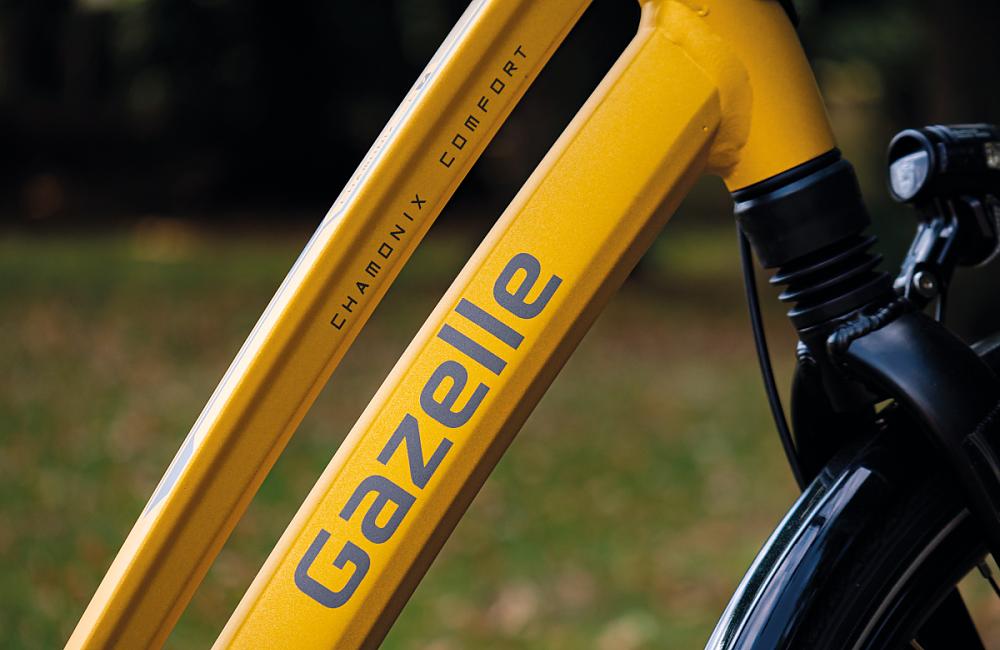 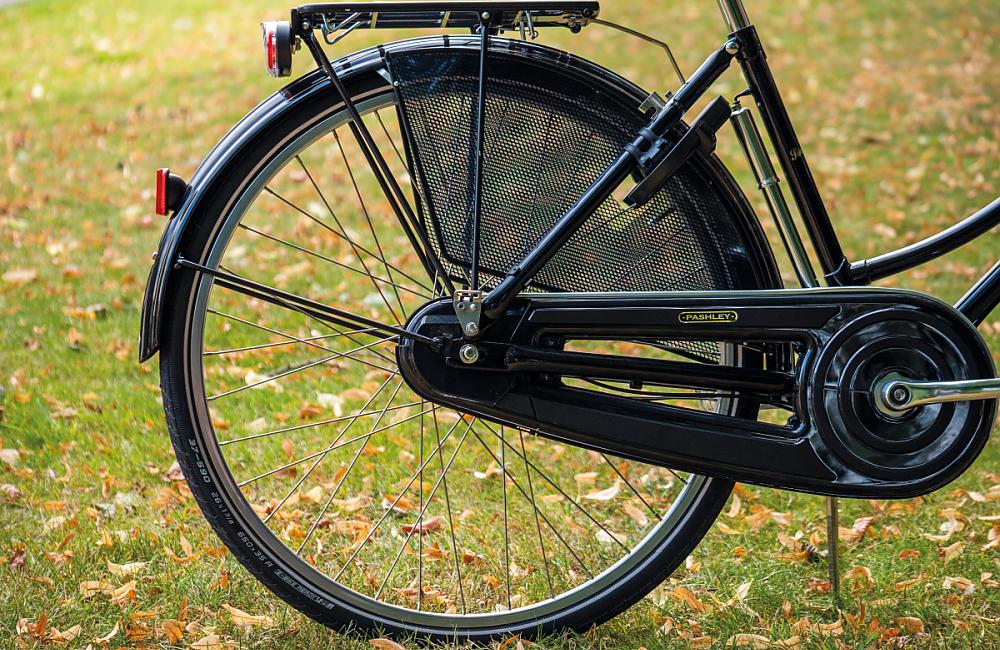 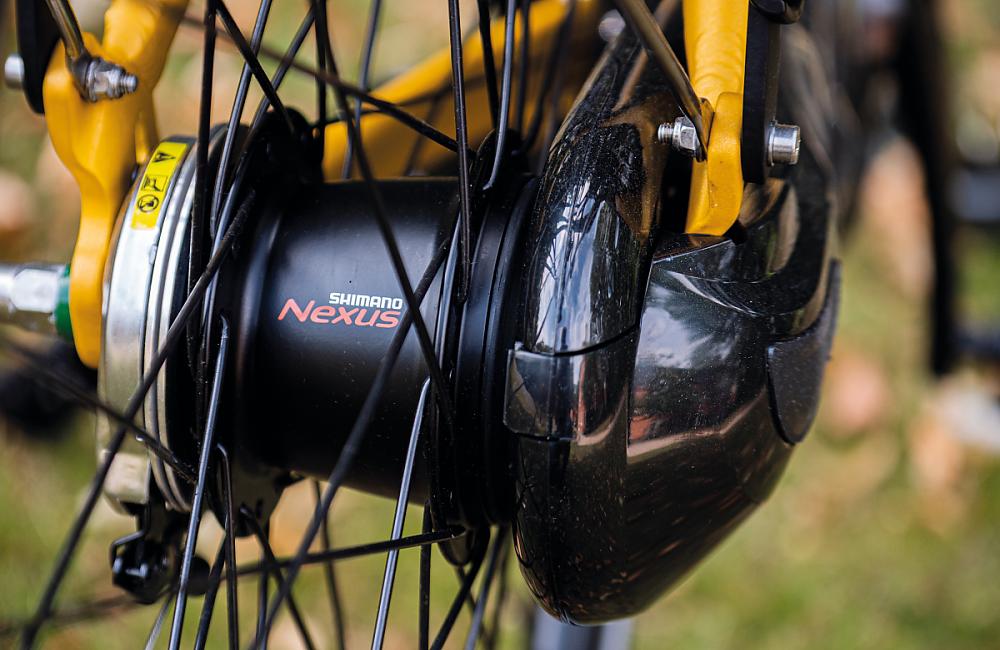 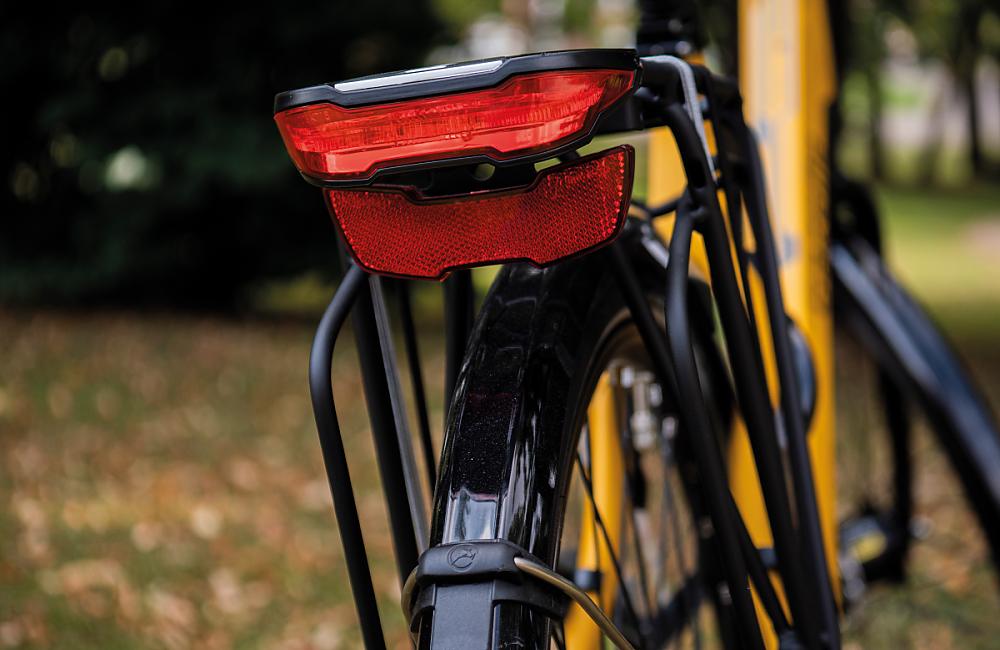 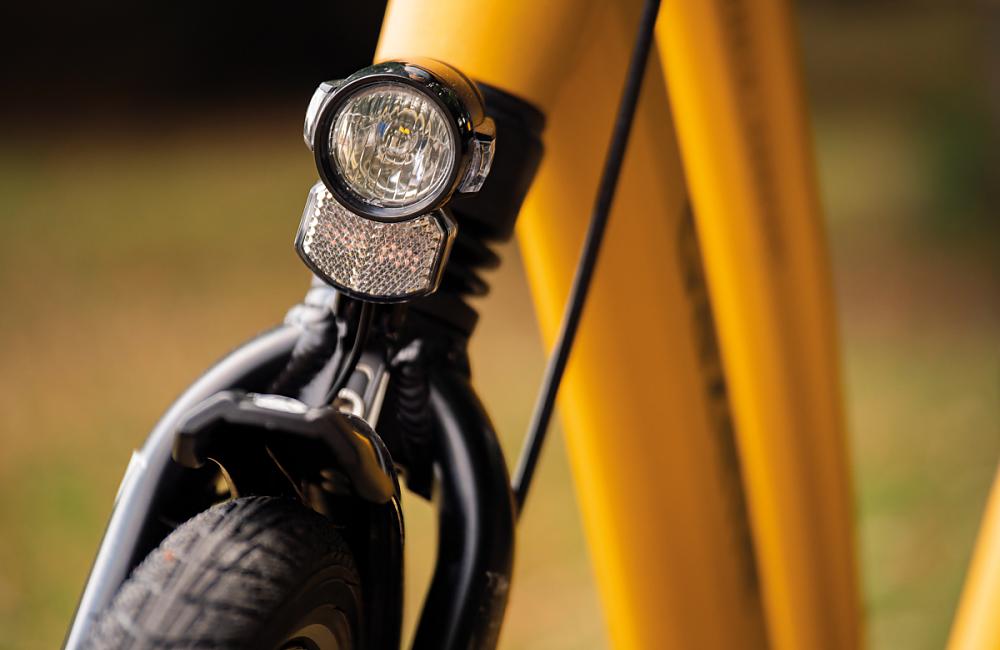 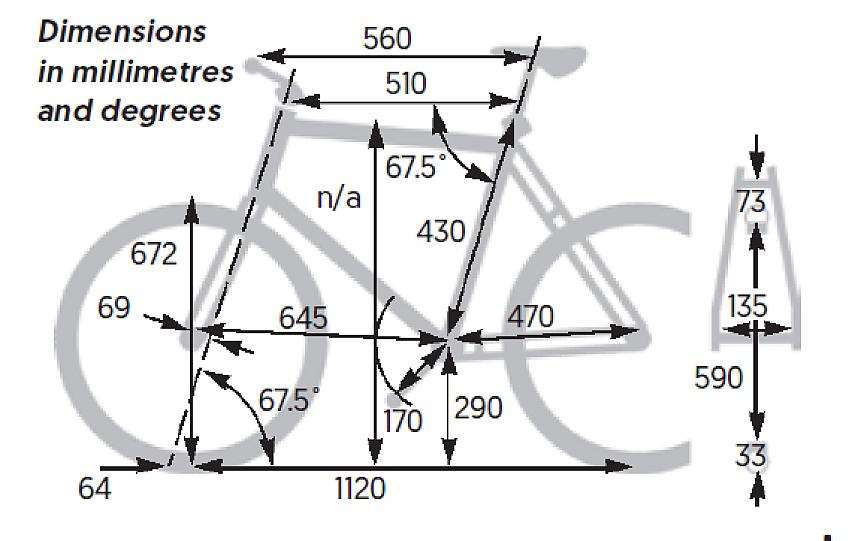 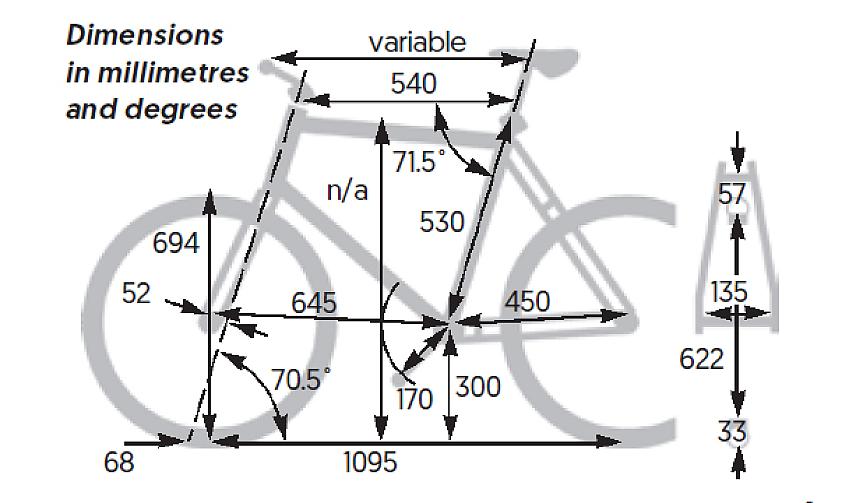 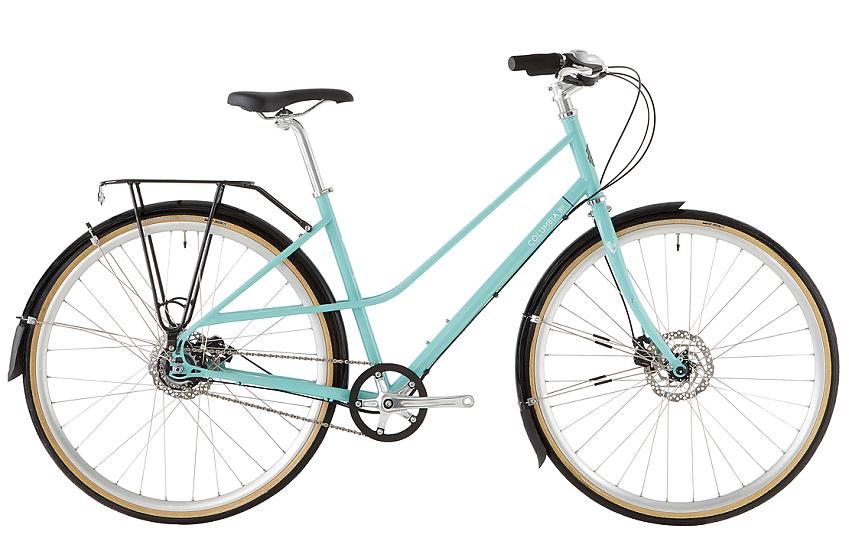 A steel roadster that weighs less: this is under 15kg. It has 700C wheels, 8-speed hub gearing, and mechanical discs. 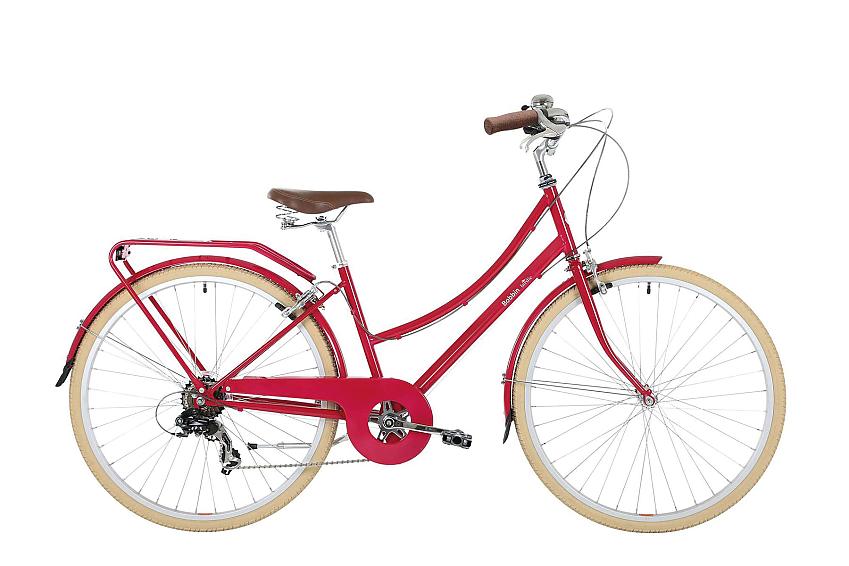 £385 A pretty steel bike in a range of colours, it’s 16kg and has 7-speed derailleur gearing and sidepull calliper brakes. Budget components reflect the budget price.