One bike that will go anywhere is an appealing idea, especially if you have limited space or funds. Thanks to the gravel bike (née cyclocross), the concept has been given something of a boost lately.

A typical gravel bike might have 700×38C tyres or, for the more modish, wider 650Bs. Wider makes sense for a bike that will go off-road, but why 650B? Why not – if, like most men and a good number of women, you're tall enough – have even bigger 700Cs? They roll better, especially off-road, and are likely to be compatible with more stuff in your bike cave. The extra weight and inertia isn't a big deal.

Both the bikes on test are designed around large volume 700C/29er tyres. They’re explicitly multipurpose machines.The Genesis Vagabond is a ‘monstercross’ bike that has been around for a few years, ploughing the same idiosyncratic furrow as Salsa’s longer established Fargo. Genesis describe it as “a tourer, commuter, rufty tufty road bike, [it] will happily turn its hand to most disciplines with a simple tyre swap.”

Giant’s ToughRoad comes in two flavours: drop or flat bar. The latter comes with wider tyres – 50mm for the SLR1 versus 38mm for the equivalent drop-bar model, the GX SLR2 – as well as racks and a better spec. Giant say: “Fly through the city streets. Climb a rugged mountain pass. Ride some gravel or venture into the woods. Now you can do it all on one ride.” 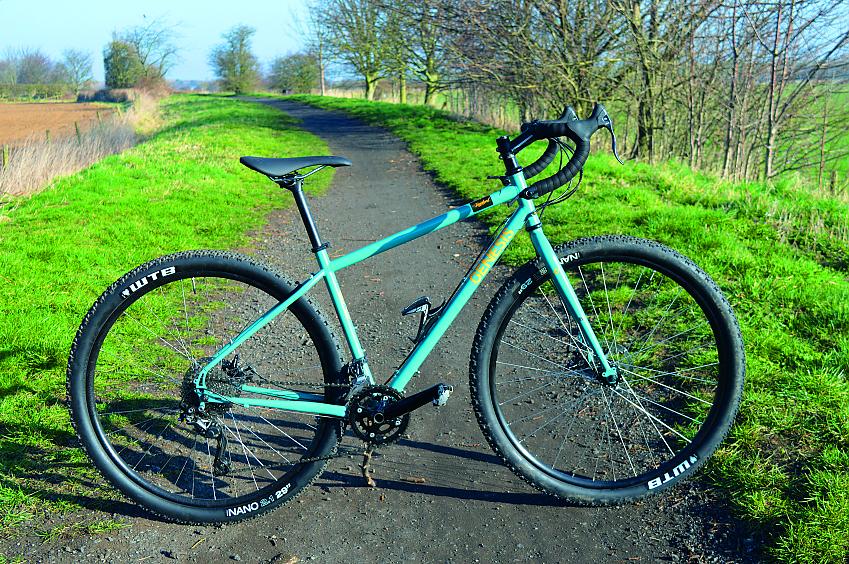 With its tall head tube and big wheels, the Vagabond looks ungainly. It’s less a gravel or cyclocross bike than it is a drop-bar 29er with touring braze-ons. The handlebar position is higher so that your hands on the drops can be in a similar position to where they would be on a flat bar’s grips. Off-road this gives a more secure handhold and better control of the brakes without a precipitously head-down riding position. It’s also nice for looking at the scenery on easy tracks when your hands are on the hoods.

To squeeze in 29×2.1 tyres, the Vagabond's frame is longer than most gravel bikes, although not by much; its top tube length is in the ballpark for a Medium. Toe room – just enough to avoid overlap with my size eights – comes more from the 55mm fork offset and a head angle that’s ‘only’ 71 degrees. The fork’s tyre clearance is huge: a 29×3in front wheel will fit. Shorter cranks (e.g. 165mm) would then be needed to eliminate or minimise toe overlap. At the rear you can’t go bigger than the 2.1in tyre fitted unless you do something about the front mech, and not much bigger even then.

There are frame fittings for most things, including neat cable guides on the head tube – although I’d prefer fully covered cables for any bike that will go off-road. The fork has low-rider rack mounts but not triple bosses for bikepacking bags. The rear triangle has dropout eyelets for a mudguard but no attachment points elsewhere, so you’ll need to do some simple DIY.

Compared to the Vagabond, Giant’s ToughRoad SLR1 is more than half a kilo lighter overall despite racks front and rear. That’s because the frame and fork aren’t steel but, respectively, aluminium and carbon fibre (with an aluminium steerer). Cables and hoses are tucked out of the way, the front brake hose going through the fork and everything else hidden under the down tube mudguard and adjacent trunking. Helicopter tape stuck on the head tube should prevent wear there.

The geometry of the ToughRoad is more hybrid than contemporary mountain bike. But if the head angle seems steep compared to today’s MTBs and the riding position shorter and more upright, it’s worth recalling that we were quite happy off-road on not-dissimilar bikes until relatively recently. For cruising along, on road or off, it's fine.

The ToughRoad’s seatpost uses an internal clamp that reminded me of one of Whyte’s. It works fine, the caveat being that only Giant’s D-Fuse posts will fit the oddly-shaped seat tube. The Overdrive headset sounds proprietary too but is actually just a 1 1/8in upper and a 1 1/4in lower. 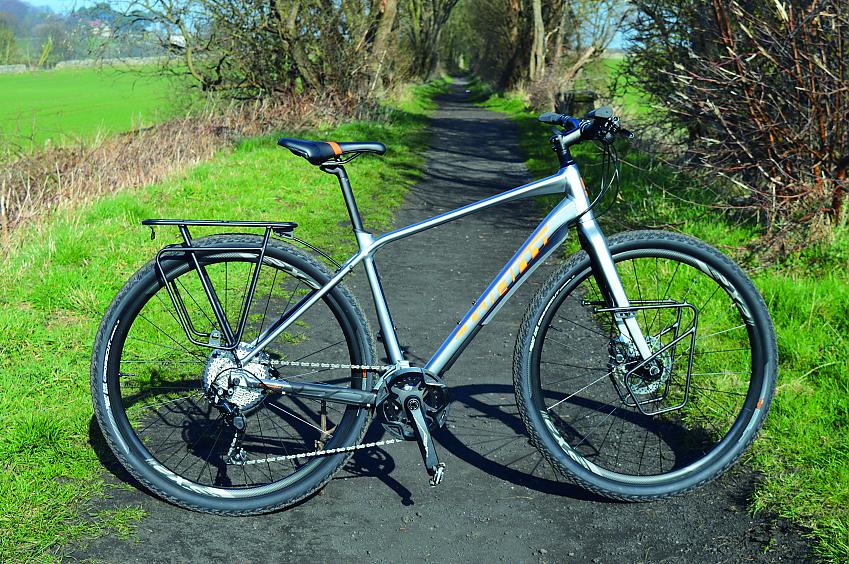 The Vagabond has mountain bike gearing: Shimano Deore derailleurs front and rear operated by Microshift bar-end controls. The rear shifter is indexed, the front friction, which allows position-trimming to prevent rubbing. A 40-28 chainset and 11-36 cassette provide a more useful (i.e. lower) range of gears than the gravel bike standard. I didn’t need anything higher or lower on road or off, but there’s nothing to stop you fitting a bigger cassette like the ToughRoad’s 11-42.

The only fly in the gearing ointment is the front mech, a conventional Shimano Deore FDM618 unit that sits just 2-3mm from the rear tyre at its closest point.

What’s needed is a frontpull, side-swing derailleur, such as one of the Deore FDM617 models. Or you could jettison the front mech and shifter and fit a narrow-wide chainring.

TRP Spyre-C brakes are decent stoppers for mechanical discs. The fact that both pistons move makes them easy to set up and smooth in use, and for my weight (64kg) there’s plenty of braking force. The widely flared drops of some gravel bikes put the brake levers at an odd angle. The Vagabond’s are only subtly flared, the drops just 3cm wider than the hoods. I much preferred this setup.

The ToughRoad also employs a 2×10 Shimano Deore drivetrain, albeit with larger chainrings and a bigger cassette. The range is similar to the Vagabond’s except top gear is higher, so much so I never needed it. The ToughRoad’s trigger shifters are quicker and easier to use than the Vagabond’s bar-cons as you don’t have to move your whole hand. Shimano provide the ToughRoad’s hydraulic brakes too. They’re Alivio level rather than Deore but still more powerful than the Vagabond’s mechanicals, with less lever effort required for the same result.

The ToughRoad’s wheels have only 28 spokes apiece, which doesn’t matter to me but might be an issue for bigger riders loading up the luggage racks. Rims and tyres are tubeless ready and, unusually, come set up as such. You can thus run the tyres nice and soft off-road for comfort and grip.

With the honourable exception of the Sven Pathfinder, every drop bar bike I’ve ridden off-road before the Vagabond has been something of an exercise in frustration tolerance. Tyres have been uncomfortably hard due to being narrower than I'd like, and the cyclocross-style riding positions have compromised control. The Vagabond rides much like a rigid 29er.

Since I had a 29×3in front wheel that would fit, I tried that too. It was fantastic on singletrack. Aside from drop-offs (challenging!), the only issues were the fixed saddle position and comparatively hard rear tyre, which created a tendency to get ‘kicked up the backside’ in rough sections. A dropper post and tubeless rear tyre would solve that.

The day after riding around the woods, I set the Vagabond’s handlebar lower, fitted​ 42mm Schwalbe Marathon Supremes, and went on a 60-mile club road ride. It was more comfortable than my road bike and, though heavier, not noticeably lacking in speed.

The ToughRoad held fewer surprises. It’s a light(ish) hybrid with big tyres – and that’s how it rides. It’s a better town bike than the Vagabond thanks to its user-friendly flat bar controls. It’ll go far too – although, given its arms-apart riding position, not so quickly.

It’s not as comfortable on longer rides either. The carbon fork is unyielding and your hands are locked into one position; bar ends would help. The D-Fuse seatpost is okay, but I'd prefer a 25.4mm round post in a shimmed 27.2mm seat tube for comfort combined with upgrade/replacement options.

Both bikes live up to their go-anywhere billing. The ToughRoad is a modern take on the rigid MTBs once used for everything from light off-road (in today’s terms) to touring and commuting. It’s a true hybrid. The Vagabond is a rough-stuff tourer, niche MTB, and fat-tyred road bike rolled into one. On tarmac, with slicks, it made me question why I own a normal road bike. Off-road it’s the best drop-bar bike I’ve ridden, bar none. I bought a frameset. 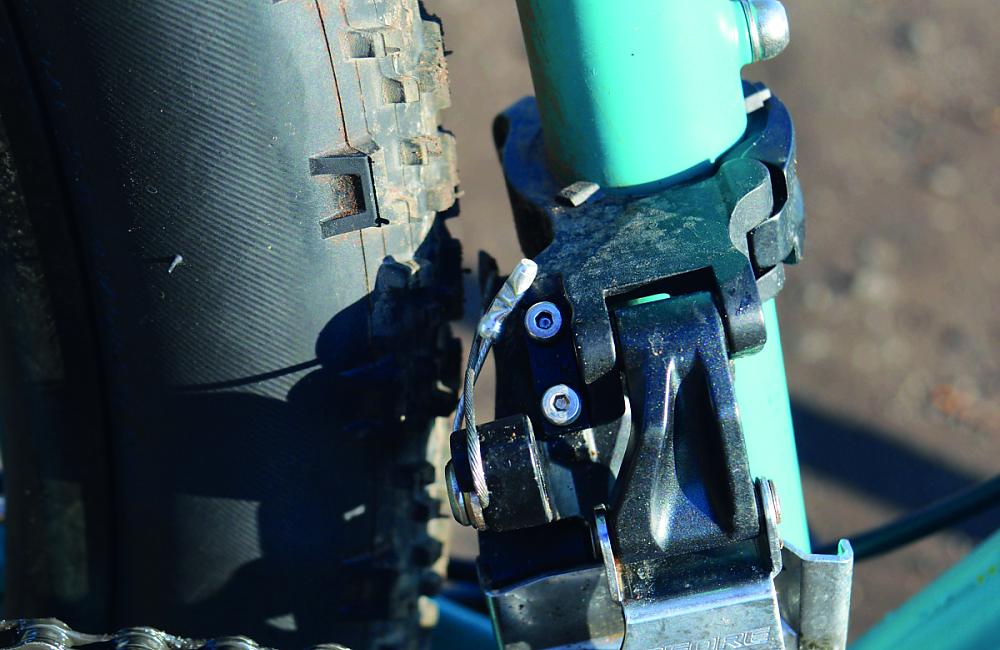 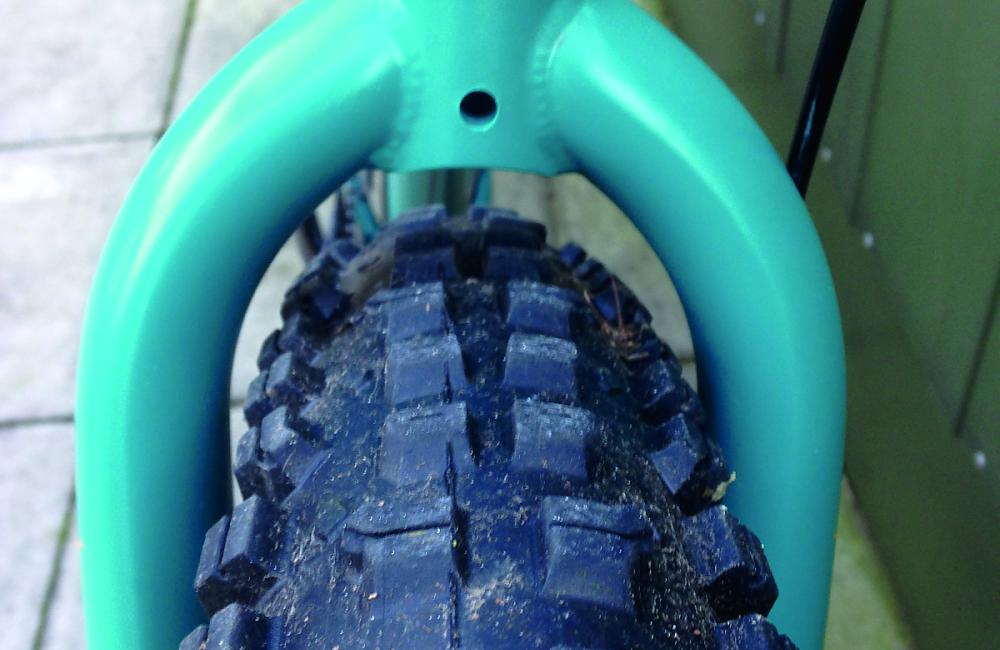 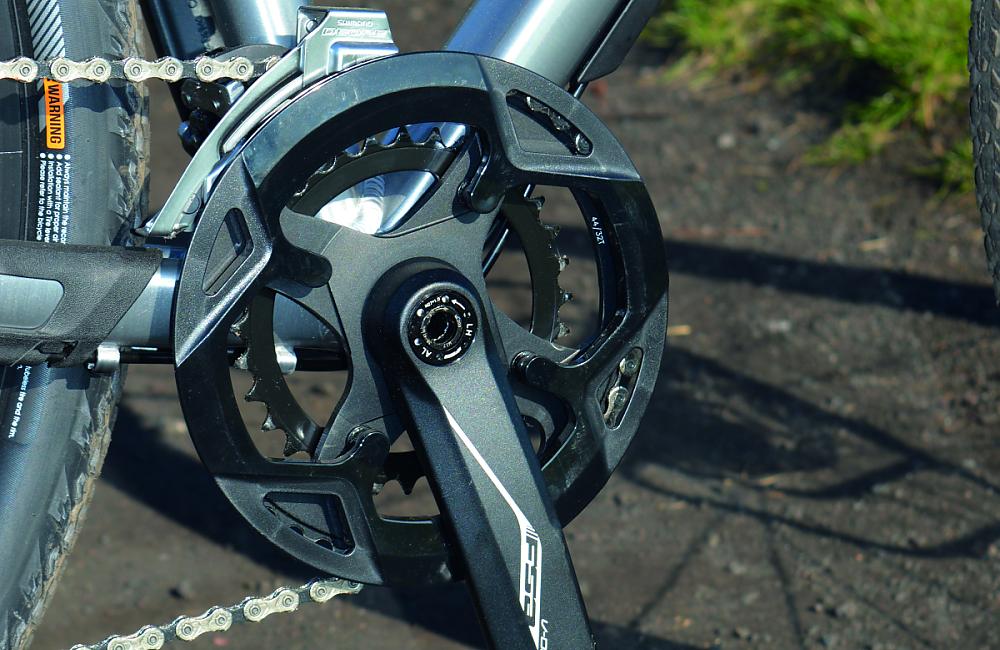 At Cycle, we are proudly independent. There’s no pressure to please advertisers as we’re funded by your Cycling UK membership. Our product reviews aren’t press releases; they’re written by experienced cyclists after thorough testing.

I own a Genesis Vagabond

"Whether I’m seeking out wilderness in far flung places, bothy-hopping in Scotland or just out for a day ride, I’ve always been frustrated by the limitations posed by my traditional tourer and my mountain bike. While both excel within their comfort zone, the former struggles with genuine off-road and singletrack, while the latter is liable to turn tarmac riding into a chore. This is where the Vagabond steps in. Having bought mine just after Valentine’s Day, it certainly hasn’t taken me long to fall in love. For me, Genesis have nailed the combination of a pacy feel on the road coupled with easy, comfortable handling on singletrack. I’d be confident taking this bike pretty much anywhere and, with a pang of guilt for my much-loved Jamis Aurora, I can already feel the Vagabond claiming its place as my go-to tourer for anything other than tarmac-only riding." 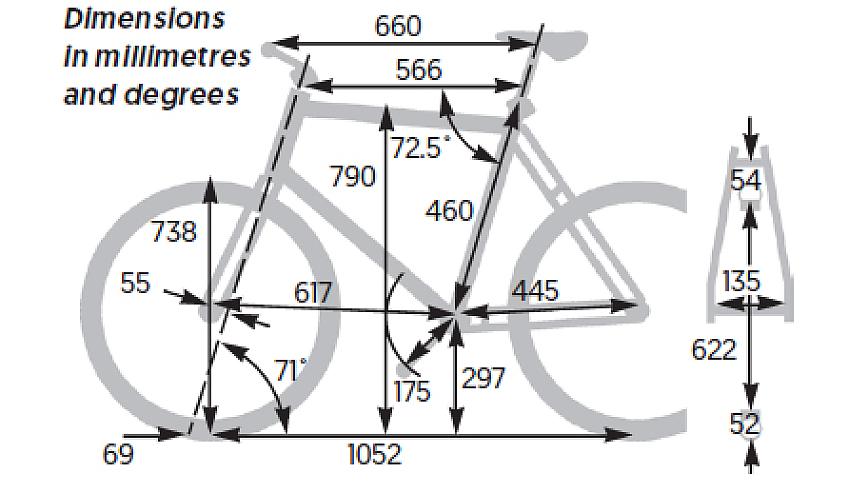 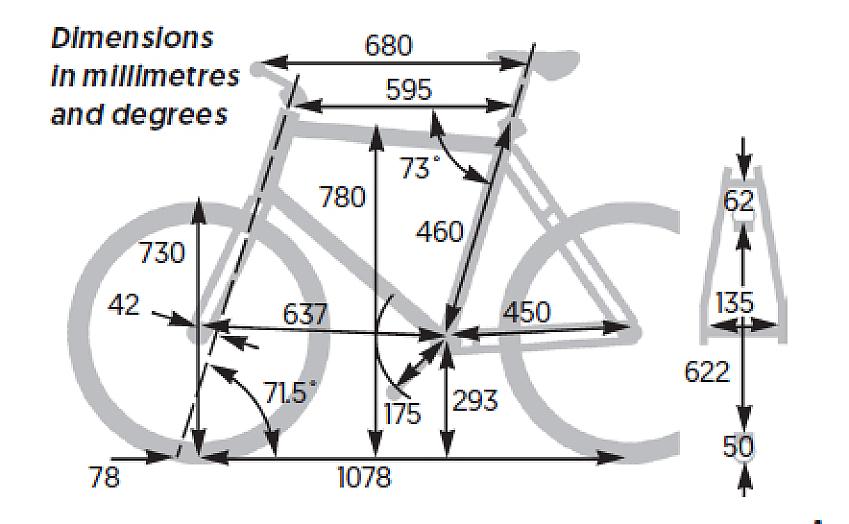 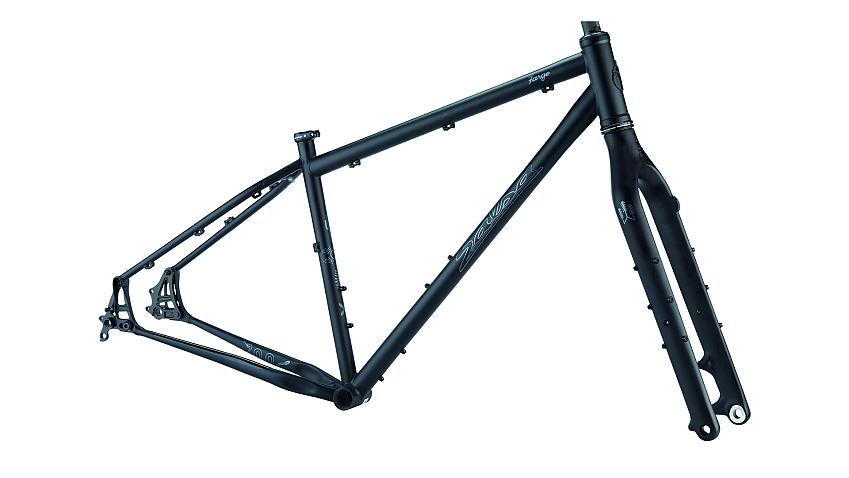 The original do-it-all drop-bar 29er, its chromemoly frame and carbon fork bristle with fittings. It works with 27.5+, 29, and 29+ wheels.
salsacycles.com,
lyon.co.uk 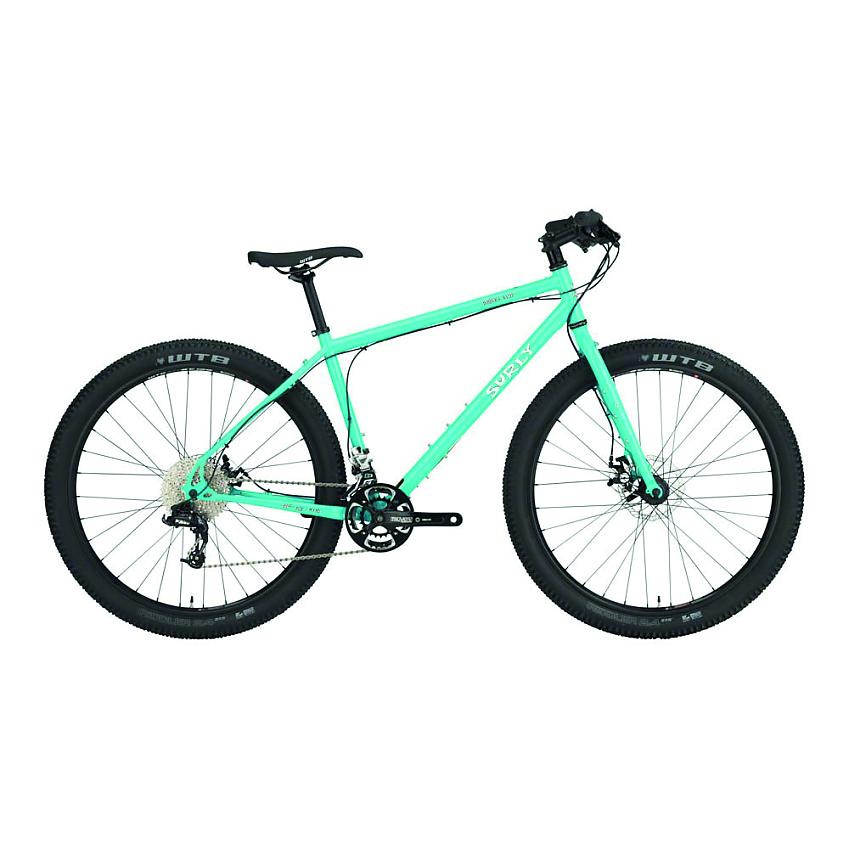