Winston Vaz was a framebuilder for Roberts and Holdsworth, now he has his own bespoke bike brand Varonha.
By David Ward
Friday, 25 January 2019

Something has been lost when you buy a high-quality road bike today. Purchasing has never been easier – you can do it on your phone at midnight – and good bikes have seldom been more affordable. Yet the changes in how we shop have also, sadly, decimated the British custom frame building industry, once noted as a paragon of craftsmanship throughout the world.

British frame builders of the mid-twentieth century were part of a golden age of handmade bike building. It was a time of artistry that was only rivalled by the Italians. Frame builders such as Jack Denny of London, Harry Quinn of Liverpool, and Hilton Wrigley from Yorkshire were men who could apparently size up a customer for a bike just by looking at them.

So where did all the bike builders go? Many, as we would expect, have passed on. Others remain… Prior to my first cycling tour last year, I needed a rear rack for my bike, an eBay-bought Orange P7 MTB. It needed tweaking for touring; the steel frame was missing rack eyelets. My regular independent bike store in south London mentioned that I should try Winston Vaz. “He used to build frames for Holdsworth and Roberts,” I was told. 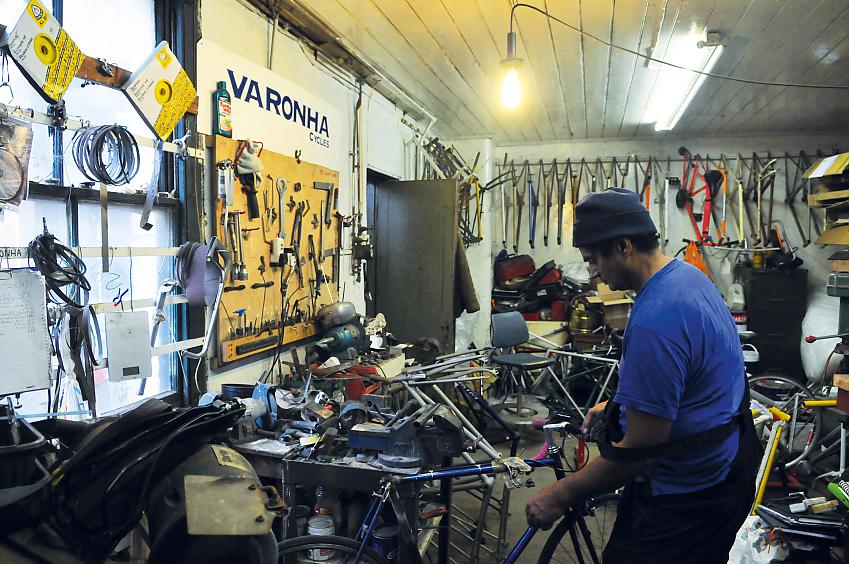 Winston Vaz in his workshop

In the residential back streets of Hither Green, just off London’s busy South Circular, I found a dusty old warehouse. I knocked on one of the large, heavy doors and shuffled inside. My eyes adjusted to an array of cycling debris and tools.The workshop was cluttered and chaotic but also beautiful. Interior walls starved of natural light were garnished with old bicycle frames: Roberts, Holdsworth, Hetchins, Pinarello, Colnago, Peugeot, Basso, and Claud Butler. Standing amid the disorder was Winston Vaz.

After leaving school at 16, Winston found an apprenticeship at Holdsworth, then situated in Anerley in south London, as a frame filer. His job was to smooth out and clean up newly made custom frames, an essential skill to learn before moving on to more technical work such as brazing bridges and lugs. After nine years amassing the skills to deal with all aspects of constructing a frame from scratch, Winston was out of a job: Holdsworth was sold to a rival company.

Fortunately his unemployment came at a time when Roberts Cycles, under the helm of Chas Roberts, was looking for another frame builder. Winston was recommended for the position. He had been used to the higher volumes of bicycles being made at the Holdsworth factory, but frame building at Roberts was more of an individual pursuit. At Roberts, a frame builder would work on a single client’s custom order, which afforded Winston the time to fine-tune all his skills. At Holdsworth, he had been the company trouble-shooter and could rectify any problem in the frame building process. At Roberts, this wealth of knowledge was sharpened.

When I asked him if he still enjoyed the process of making bikes after all these years, his response couldn’t have been more enthusiastic. “I still love it,” he explained. “I still get a kick out of being able to create something that I feel is unrivalled in quality. Having my stamp positioned upon a finished frame, it really is something special”.

Winston can still recognise the Roberts and Holdsworth frames he built all those years ago, as he crafted very minor subtleties into the frames that gave his work a recognisable distinction, even down to the way he would file certain parts of the frame. 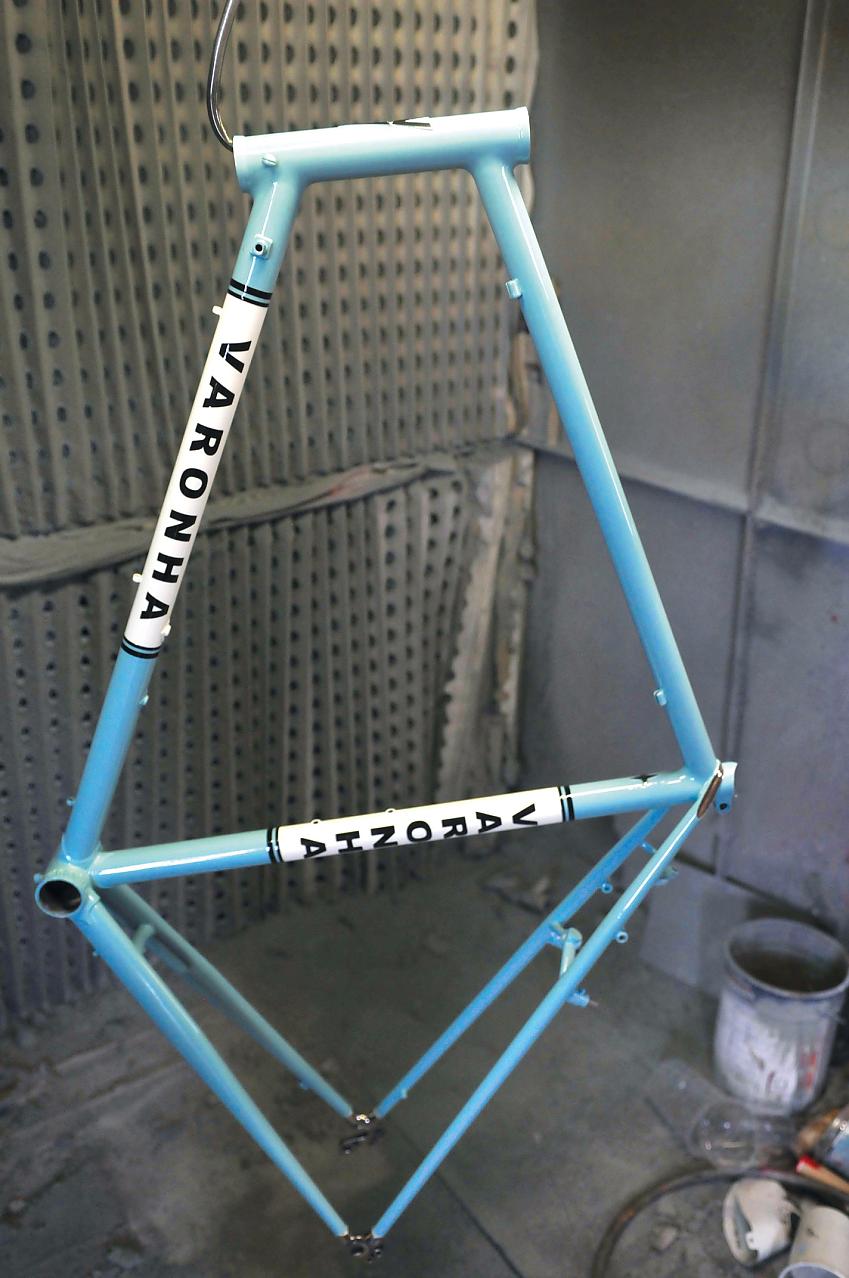 The procedure to measure someone for a handbuilt frame hasn’t changed much over the years. It is still the practice to take individual body measurements from a customer, and then build those measurements into the frame’s construction. Inside leg length, torso, forearm, femur, shoulder width, shoe size, height and weight are all noted and then used to create a one-off bicycle out of high quality steel tubing.

Having spent the last 22 years working as a Savile Row tailor, the parallels with custom frame building are striking. Replacing steel for worsted, clients will select a specific material on the merit of aesthetic, function and purpose. While a bespoke tailor will stretch, shrink and steam a piece of worsted to accommodate the nuances of the human anatomy, a frame builder will weld, braze and file a piece of steel to enable a client to achieve that incredible Goldilocks result.

A revival for having things made by hand is underway, even to the point where products that are mass produced for the high street now try to replicate that hand-made allure by carrying some degree of advertising intended to convey ‘craftsmanship’.

As we now reside in a global community where we are well aware of the ecological and ethical reasons for sustainable items that last, it is now hard to ignore the value of having things made more locally by hand. Having a bicycle built for you is a process and not a straightforward transaction.

Craftsmanship is labour intensive. It might take two months to complete a frame with the necessary fittings. Steel was and still is the material of choice for custom builders. It has seen advances in its construction over the years, and now new alloys offer weights that are closer to that of aluminium. Yet unlike aluminium, it suffers less from fatigue and is incredibly durable.

Custom frame building allows cyclists to indulge their passion in order to attain that elusive hand-in-glove feeling. Winston Vaz is an elder statesmen in this vocation.

While it’s years since it was standard practice to acquire a high-quality bike by visiting the local frame builder, there is nevertheless a renaissance in bespoke bikes. Cyclists are searching out twenty-first century frame builders. Amongst others, Demon, Saffron, and Feather – all regulars at Bespoked, the Handbuilt Bike Show – are busy producing custom frames.

Cyclists are still knocking on the big, black doors of Winston’s workshop too. The enduring reputation of Roberts frames amongst the UK’s cycling fraternity still holds a lot of sway, and Winston Vaz was their master frame builder for 27 years, up until the company shut down in 2014.

A couple of years before Roberts Cycles closed, Winston had decided to join his brother Mario and make hand built frames under his own marque. He chose the name Varonha as it combined the two surnames of his Goan parents: Vaz and Noronha. “Everyone coming through the door still has a reverence for lightweight steel road and touring frames made by hand,” Winston said.

His clients range from cyclists who have progressively bought better and better frames through to people with deeper pockets who go straight in at the top end and order a hand made frame in Reynolds 953 stainless steel. Winston regularly ships his frames internationally to individual clients.

Winston’s brother Mario, one of the most respected frame sprayers in the country, is still part of the process. His paintworks is sprawled out on the top floor of the building.

British bike building’s appeal and legacy retains a far-reaching audience. On my tour of the US, whilst sitting in a near-deserted diner in small town called Craigmont in Idaho, an elderly gentleman approached me after hearing my accent and seeing my bike parked outside.

He proudly informed that he had recently purchased an old custom Holdsworth frame. “I’ve always just loved British steel bicycle manufacturing because of its quality and heritage,” he explained. When I told him I lived near where the Holdsworth factory had been in London, he couldn’t believe it. When I told him I knew the person whose hands had probably built his pride and joy, he stared at me open mouthed.

David Ward is a Saville Row tailor whose clients include royalty, rock stars and the costume designer for Downtown Abbey. 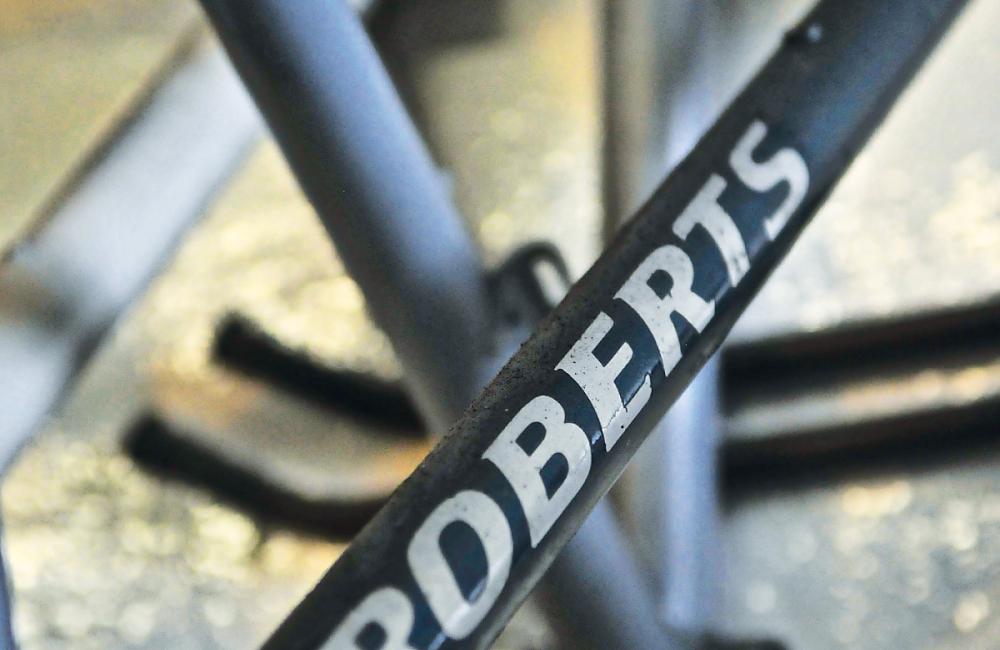 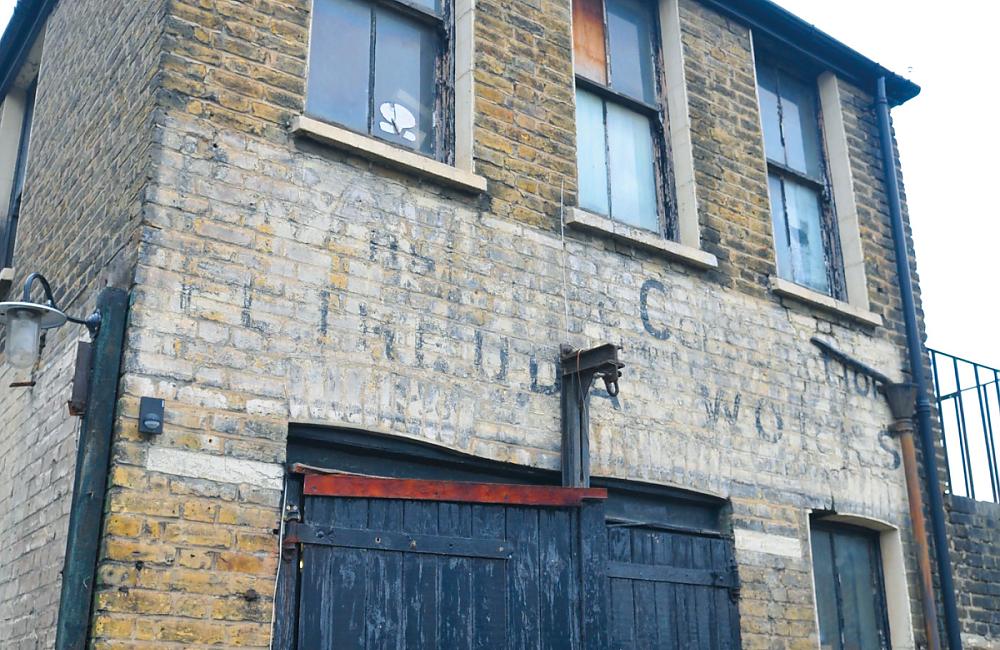 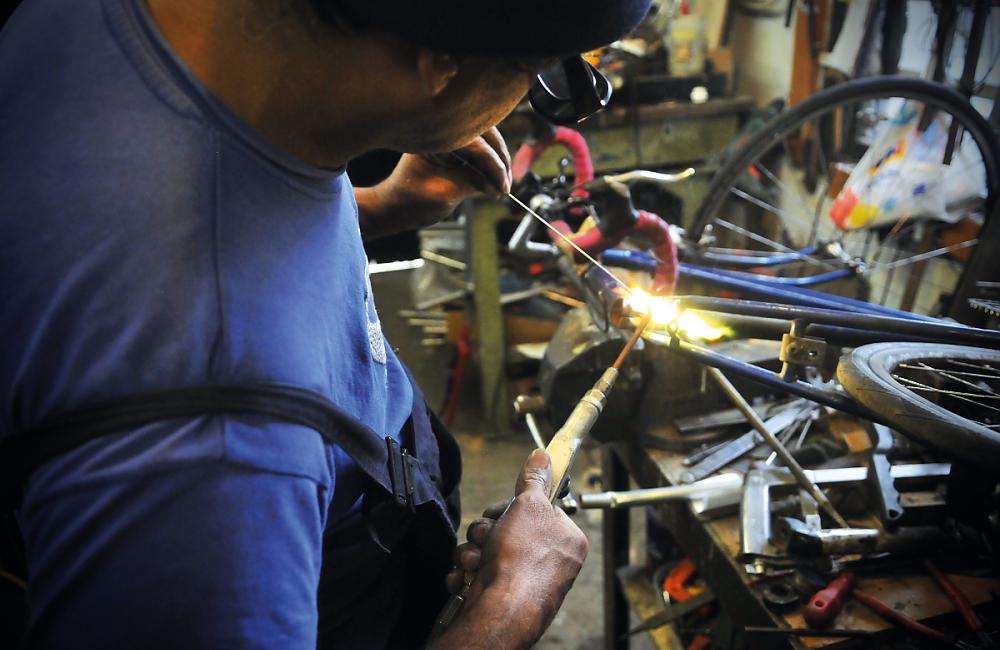 Winston will be there – on the Varonha Frameworks stand – as will a wide range of other builders.

They’ll be exhibiting road bikes, tourers, track bikes, mountain bikes, town bikes, and more. There will also be accessories, components, clothing, art, a programme of talks, and a café run by Look Mum No Hands.

Tickets are available on the door or from the Bespoke website.

Bespoked 2021: One of a kind handmade bicycles View

Do you need a bespoke bike? View

Do you need a bespoke bike? View