From alcoholism to ride leader: how cycling helped break addiction

From alcoholism to ride leader: how cycling helped break addiction

Matt Kenny used his enjoyment of cycling to inspire others to ride and to help him break his spiralling drink addiction.

Cycling has always been a big part of Matt’s life: when he was younger he used to go out on long rides on his road bike around Hampshire and Buckinghamshire.

More recently, though, he hasn't been cycling simply for sport or for enjoyment – he cycled because he needed to sort himself out after going on a drinking binge.

Matt had struggled with alcoholism and addiction for years, and would enter cycles of drinking for several days, which would only be broken up by going out on the bike.

I wouldn't call it an exaggeration to say that cycling has saved my life. It provided me with a sort of focus to stop and get out on the road instead.

Although he retained cycling as a positive focus, he was still trapped in a vicious circle of drinking and drug abuse, which affected his ability to be physically active. He referred himself to the Society of St James in 2016, which is a charity that works with people affected by substance abuse, mental health and homelessness.

Whilst there, he worked through his addiction and ended up being taken on as a volunteer. He heard that a cycling group was being set up by the Saints4Sport programme, which is a project run between SSJ and The Saints Foundation, the Southampton football team’s charitable fund. It offers free sports activities, training and work experience opportunities. 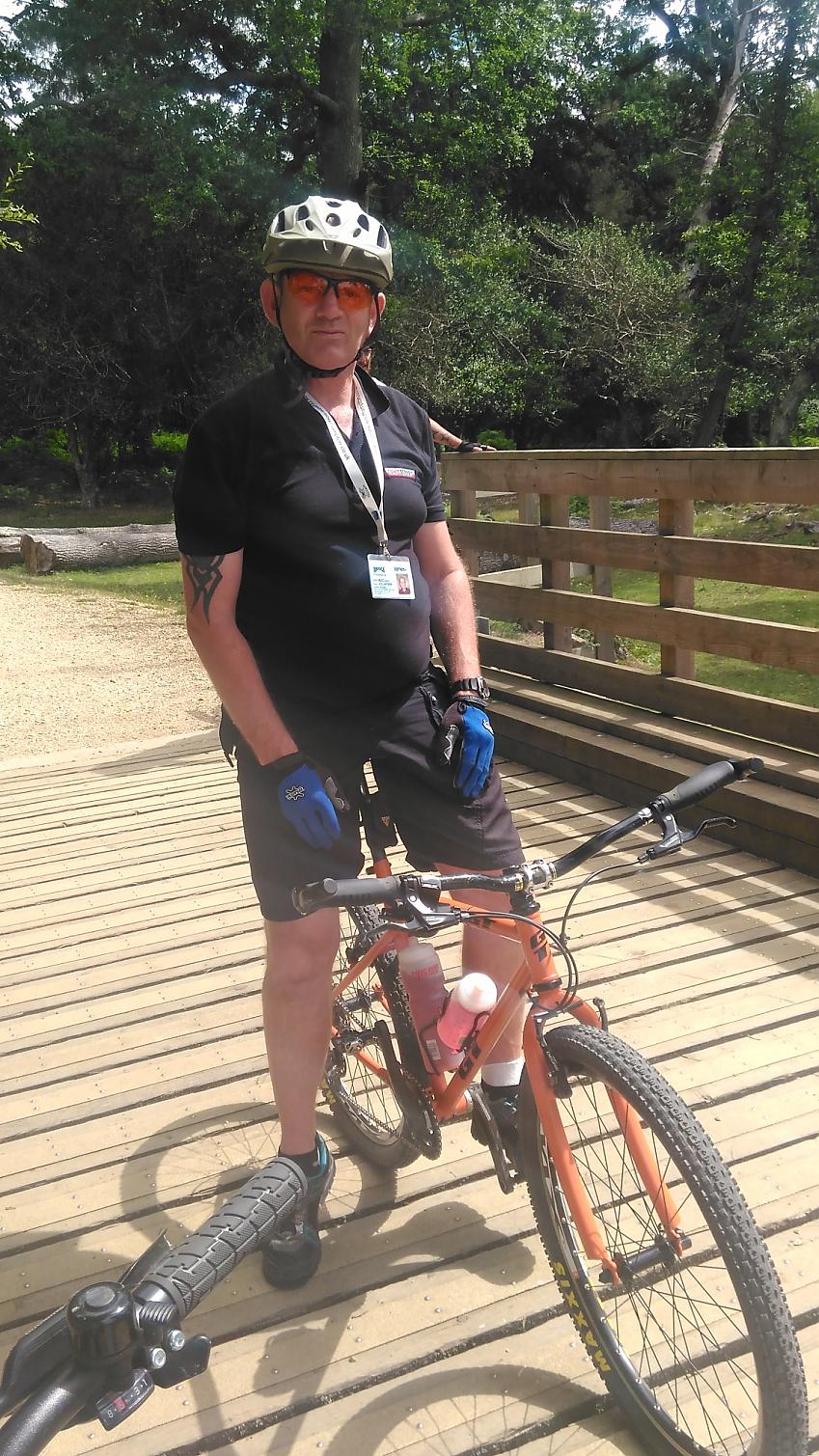 As a keen cyclist, he opted to volunteer for the cycling project ‘Brake the Cycle’, which is a Cycling UK-supported community cycle club that takes SSJ service users out every Friday to ride on bike trails in the New Forest.

Through Cycling UK, he then obtained training as a mountain bike leader and in first aid. He now plots routes for the group to ride, sets up the bikes and the trailers, and helps to lead the rides.

However, it has not all been plain sailing. The garage that contains the mountain bikes and trailers used for the rides has suffered damage through several attempted break-ins, but Matt has upped his commitment to the group by moving the bikes regularly until the garage was repaired.

Matt says that when he started at SSJ, he was impatient with the seemingly chaotic structure due to his own control issues and need for structure, but through riding with the group he has become a lot more relaxed and patient with the other riders. He feels like he can chat about his issues more in the cycling group than in the group work sessions, as it’s less formal.

Matt said: “Working within this activity has greatly increased my personal insights, awareness of self and empathy towards others. Achieving the relevant qualifications has also been very fulfilling.”

Ashley Christopher, team leader for Saints4Sport, said: “Matt has become an important member of the team – we really couldn't run this group without his help and support.”