Cycling UK member Andy McKenna hid his MS diagnosis for years, fearing the impact on his mountain biking business. Today, his attitude couldn’t be more different – the more people talking openly about the condition, particularly in the cycling world, the better. His eye-opening short film, which lays bare his experiences, has now raised thousands for charity.

“I’m an open book as far as talking about my experiences goes,” says Andy. “But I wasn’t for the first, five, six, seven years. Being in the business of mountain biking and mountain bike tourism, I was very fearful that with my health being so central to the business, having this ‘unsexy’ illness, this disease, would be detrimental.

“Once I got my head round it, I realised that stress and pressure was a major trigger of my symptoms, and living with it so close to our chests, was pressure in itself. Why were we hiding from the reality?”

Andy and his wife Aneela run Go-Where in Scotland, leading mountain bike, gravel bike and bikepacking tours through breath-taking landscapes. When Andy was diagnosed with MS ten years ago, it’s understandable how terrified he was of how it would affect a hugely physically-demanding career, not to mention his lifelong passion.

MS, multiple sclerosis, is an incurable condition affecting the brain, spinal cord and optic nerves, causing a range of physical symptoms ranging widely in severity. One day Andy will spend in bed, another he could be back firing on all cylinders. 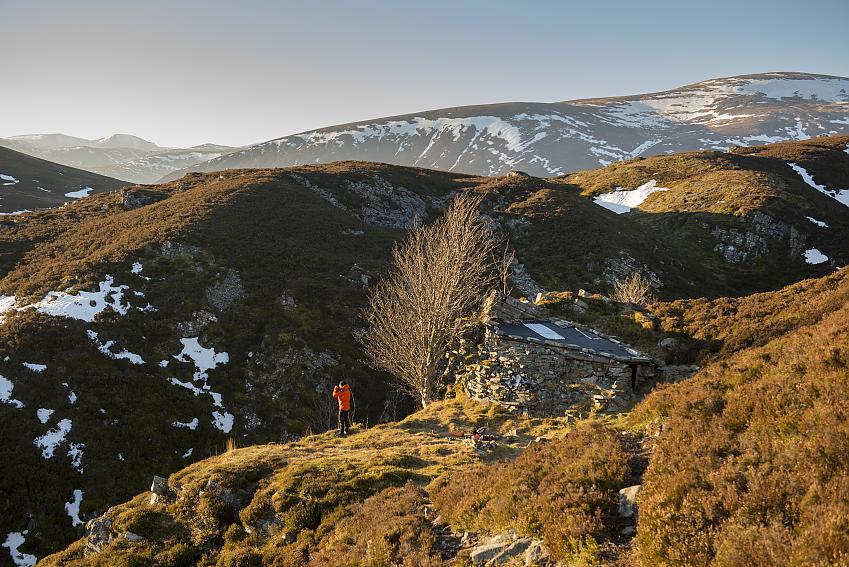 Andy out in the mountains in Scotland

“It varies from moment to moment,” explains Andy. “Some days you just know that you shouldn’t be out on a bike, you should be resting. And others you know that getting out and getting exercise is a good thing.

“In terms of more permanent symptoms, I experience vertigo and balance problems. I have limited feeling down my right side, and tremors, causing problems with my right foot on the pedal, my right hand on the handlebars.

“Heat is a major trigger. I tend to pick my routes so that I warm up gradually. I have coping mechanisms. I stop a lot, and I’ll find a stream or river to cool my hands and wrists in. But I continue to see the bike as a training tool. It forces me to develop my symmetry again, change how I grip and pull on the handlebars

“It’s all proof that the brain is incredible at finding other ways of making things work.”

I wanted to create a platform to start a conversation, to encourage more people with MS not to give up riding a bike.

Last year, Andy started Stoked on MS, a project dedicated to sharing his story. A big part of it has been the short film, This Way Up, which opens up both Andy’s and Aneela’s experiences in dealing with his MS and how it has altered their lives. It has been wildly well-received, shortlisted by Vancouver and Kendal International Mountain Film Festivals, and screened across the globe.

To date, Stoked on MS has raised almost £20,000 for two charities: the Swank MS Foundation and Overcoming MS. 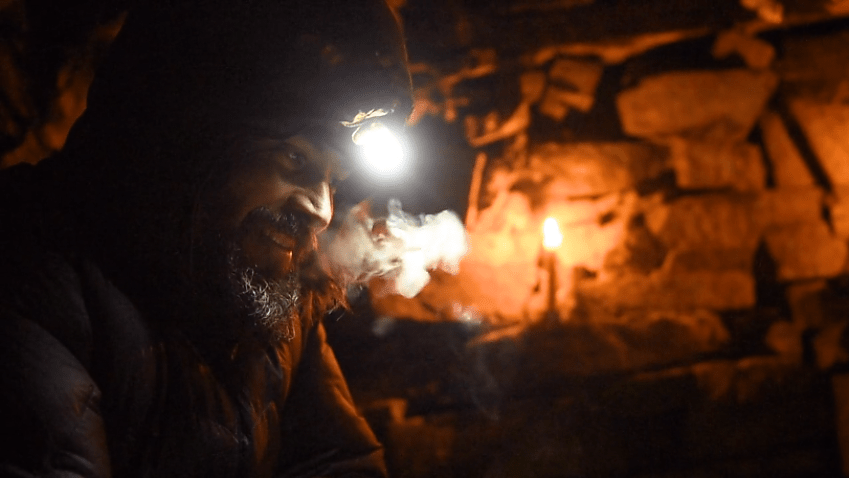 Braving the Scottish winter at night

Andy says, “I wanted to create a platform to start a conversation, to encourage more people with MS not to give up riding a bike.

“I’ve been contacted by people all over the world, who’ve told me that having given up riding because of MS or another lifelong challenging condition, they have got back into it, whether that’s cycling, mountain biking or with an e-bike.

“I’m in a fortunate position; although I’m not in the medical profession and I don’t give advice, I’ve certainly been able to signpost lots of people towards lots of resources and information.

If there is one person who has been an instrumental part of this journey, it’s been Aneela. 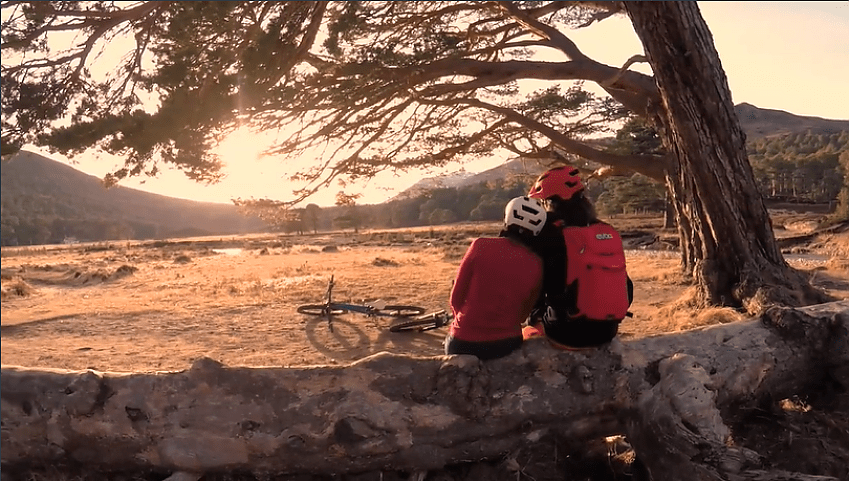 “Aneela is absolutely everything,” says Andy. “She has found it really hard; we’ve been married for 25 years, and I introduced her to mountain biking. We used to do lots of really technical riding, at home and all over the world. It’s difficult for her to see my diminished capability, but she’s supportive and we work around it. We still have great adventures together.

“There was an upsetting period coming to terms with how we couldn’t do everything we used to do anymore. But a more upsetting but vital conversation we had was about how she had to get on doing things, guilt-free, even if it’s without me.

“It was hard conversation, but at the same time very liberating, and I’m excited for her. Ninety-nine per cent of the time we’ve got our heads round it.

“I think it’s fair to say, ‘I can’t ride the way I used to’. Rather than lamenting or being grief-stricken, I try and find joy and pleasure in the fact I am still riding and still getting out, even if it’s in a different way.”

Becoming a Mountain Bike Leader - an interview with Sharon Harod View
Cycling UK continues to support the UK to cycle
This remains true during this difficult period with the ongoing threat of coronavirus Covid-19
Read our latest advice on cycling
Join Cycling UK to help us change lives and communities through cycling
Membership gives you peace of mind insurance, discounts in cycle shops, rides & routes
Join now