Shona fell in love with cycling after losing her central vision due to a genetic condition. Cycling UK’s Claire Hutchison spoke to the Edinburgh ABC senior development officer about what it’s like to cycle on a tandem with a visual impairment.

Shona Black is a keen cyclist and Cycling UK staff member who is based in Edinburgh at the All-Ability Bike Centre.

She discovered her love of cycling after being diagnosed with Leber's hereditary optic neuropathy 25 years ago. “Up until I was in my mid-20s, I could see perfectly well,” Shona says. “One day I noticed there was a little spot missing in the middle of the page I was reading. My vision went over a couple of years. I’m pretty lucky that I’ve still got as much sight as I have.” 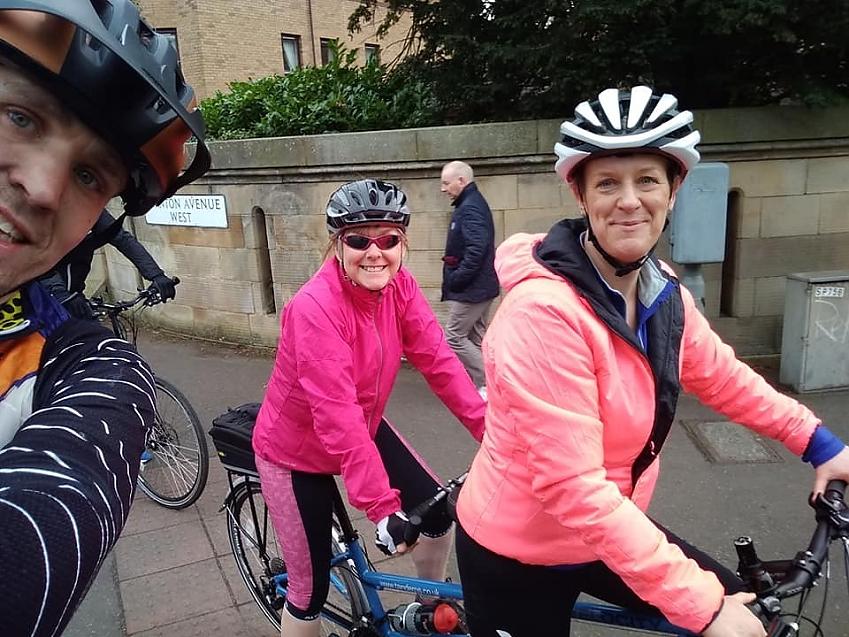 Shona has peripheral vision but no central vision, which means she has a guide dog to assist her. She goes on a tandem ride with a sighted pilot around once a week, after she got her own bike two years ago.

I tried lots of sports as a visually impaired person, but nothing really got to me until I started cycling and got my own tandem.

The development officer enjoys a lot of activities: skiing, walking, sailing. But she didn’t always have a love for the outdoors. “At first, the doctors thought I had MS,” she says. “I thought I have to get fit so I can fight this.

“I tried lots of sports as a visually impaired person, but nothing really got to me until I started cycling and got my own tandem. Things just took off from there.” 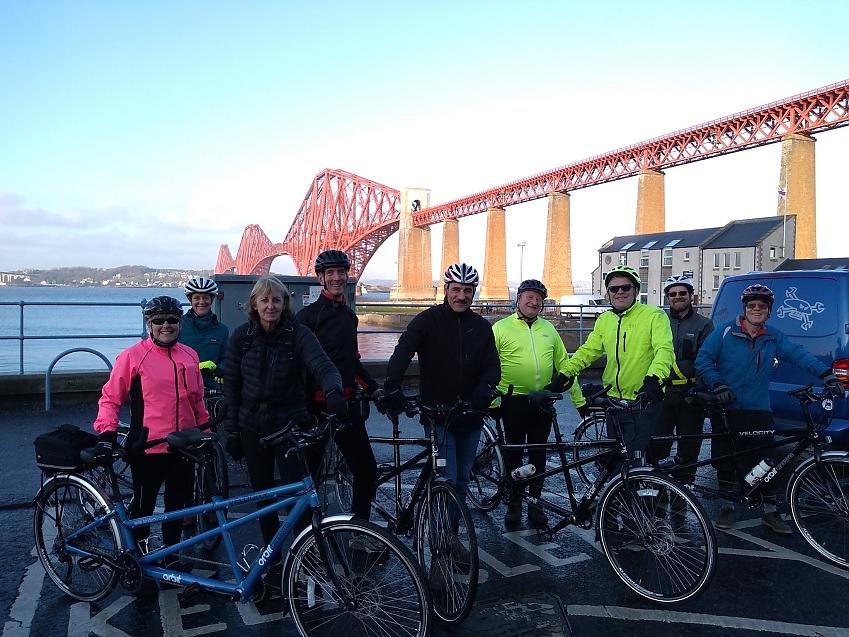 Shona goes out on rides with Vie Velo - a tandem cycling club for visually impaired people in Edinburgh and the Lothians, which was established by Cycling UK - and Talking Tandems, a charity based in Fife.

She explains how important tandem cycling clubs are to many people who are visually impaired. “When my condition first came up, I was kind of scared to do anything because I didn’t want to get too comfortable,” Shona says. “I didn’t know if I was going to lose my sight completely.” 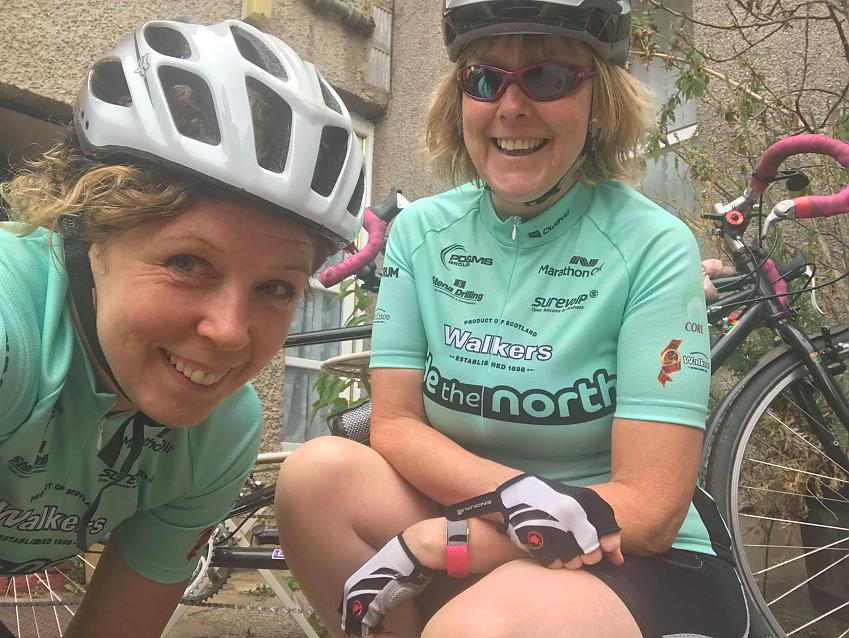 Cycling on a tandem

Tandems have two seats, with the front rider (pilot) controlling the steering, brakes and gears. The rear rider (stoker) pedals as hard as the pilot does. “You have to have a fair bit of communication,” Shona explains. “It’s quite nice for them to tell you if you’re coming up for a bump or something.” 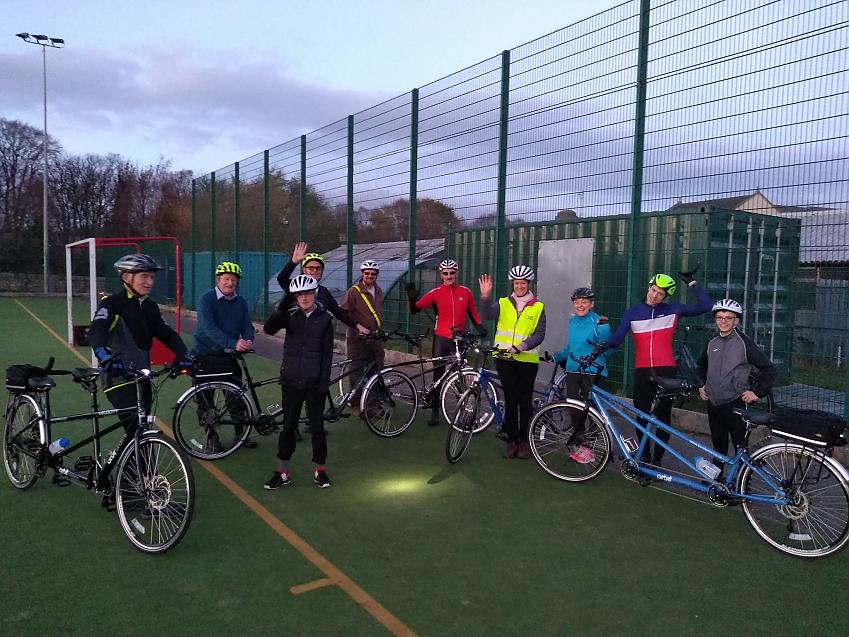 Shona likes to take on bigger challenges than the everyday group rides, and pilots from Vie Velo or Talking Tandems often take her out on her own bike near her home in Portobello – a coastal suburb of Edinburgh. “I enjoy being out in the fresh air and I love the challenge of hills. Not all my pilots feel the same way about hills,” she laughs. “I love going out in a group as well, and the camaraderie of it.” 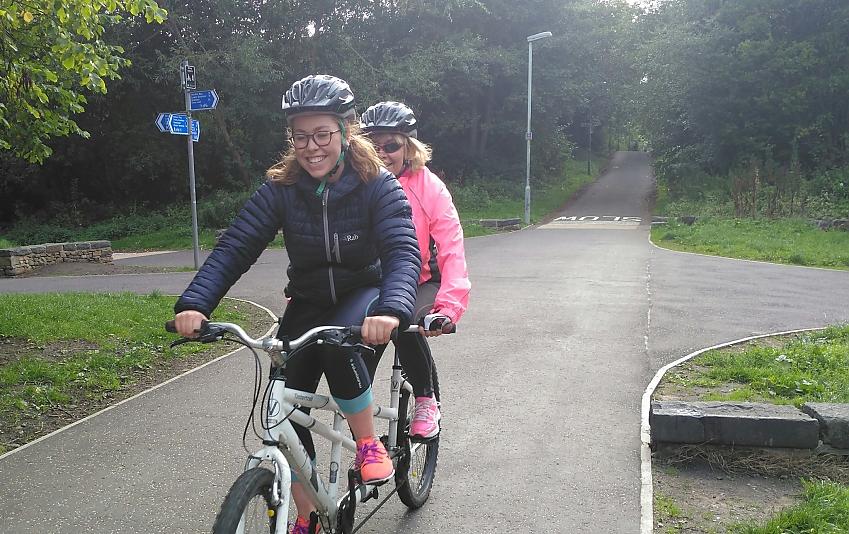 Vie Velo is always keen for new pilots and stokers to join the group. “The pilots all say that they don’t feel like they are doing anything charitable,” Shona adds. “Everyone has become quite a good group of friends.”

Shona has taken part in many cycling adventures over the years – including the 170 mile Ride the North challenge. In the last two years, Shona and others raised around £14,000 for Guide Dogs, by completing the formidable two-day ride in the north of Scotland. 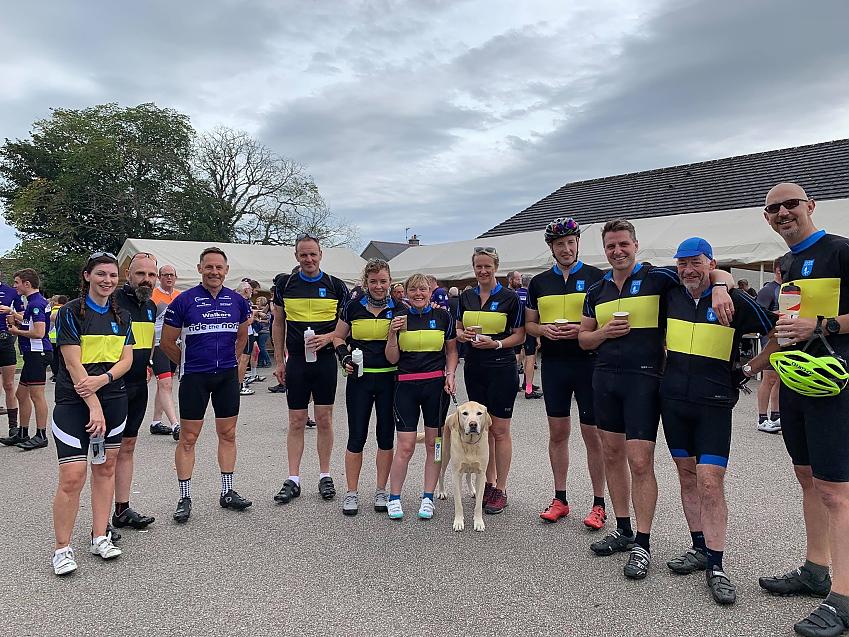 After completing the ride with pilots Susan Malcolm and Alison Fraser in 2018 and 2019, Shona plans to take on the challenge once more this year.

“It’s up at Moray so there’s some really scary hills,” she says. “Last year we did Elgin to Castle Fraser and back. 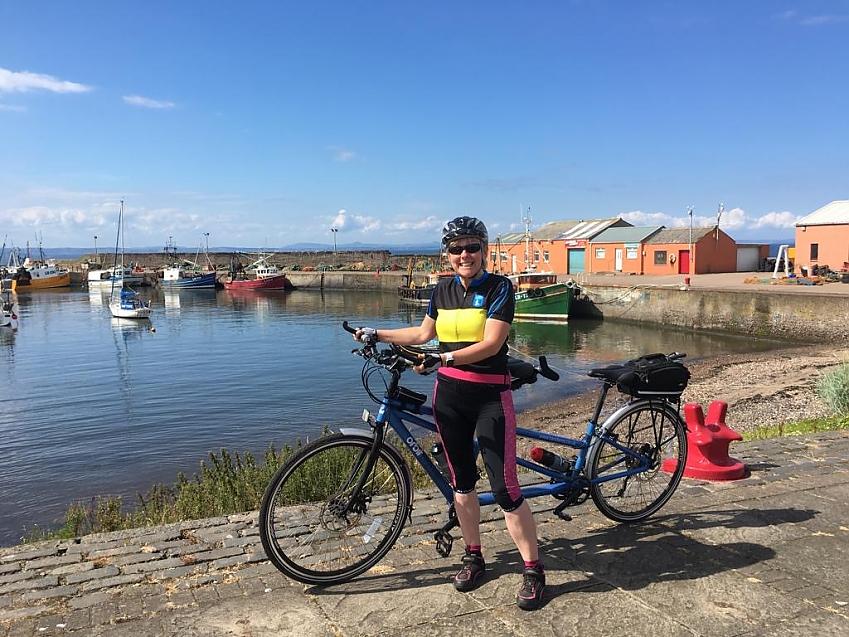 “It is really really challenging on tandems. Tandems are fabulous on flats and downhill but going uphill you have twice the weight and it’s a heavy bike.

“It is such a good feeling when you finish, at the end of it you’re tired but you’re so high.”

Feature: Cycling for all View
Cycling UK continues to support the UK to cycle
This remains true during this difficult period with the ongoing threat of coronavirus Covid-19
Read our latest advice on cycling