A lifelong cyclist, Mick Heath’s passion for cycle campaigning and volunteering was ignited around three years ago by a meeting of minds. Having given his time and energy to numerous projects in Inverness since then, he’s just been named Cycling Champion of the Year for Scotland.

Mick has been a Cycling UK member for 20 years, playing an active role in his local group Cycling UK Highland. However it was a conversation with the people behind Scottish campaign groups Pedal on Parliament and We Walk, We Cycle, We Vote that inspired him to dedicate himself to helping more people enjoy the pleasures of cycling.

“The vision they put forward was so clear and persuasive,” he says. “In three lines they captured everything I wanted to do.” The three asks that inspired Mick were for increased investment in walking and cycling, dedicated cycling infrastructure and local action to solve barriers to active travel. Mick immediately decided to organise Inverness’ first Pedal on Parliament event along with a friend, and the rest is history! 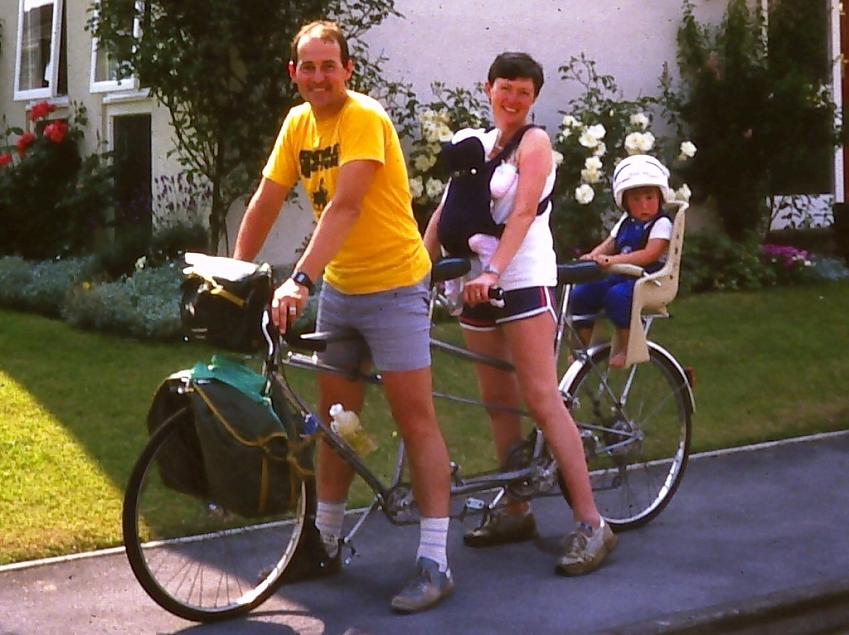 Mick has been a lifelong cyclist

Mick is bubbling full of ideas and enthusiasm – and it was this energy he invested into promoting cycling in Inverness. A conversation with local GP Dr Katie Walter, who wanted to increase cycling among her surgery’s patients and staff, soon resulted in the formation of the Green CHIPS group. Standing for ‘Cycle to Health in Inverness - Patients and Staff’, this Cycling UK affiliated group helps people improve their health through better cycling facilities, encouraging more people to cycle and reaching out to immobile people.

It’s very obvious on every ride of the immediate benefit. Sometimes people’s relatives are in tears at how happy they are. It’s lovely to see people improve.

Through this group Mick has helped to secure quality bike parking sheds for every GP surgery in Inverness. He also got funding for a trike to take people with limited mobility out on scenic rides around Inverness. These trike rides were a huge success, enabling people from several care homes in the city to enjoy the pleasures of a picturesque journey in the fresh air. 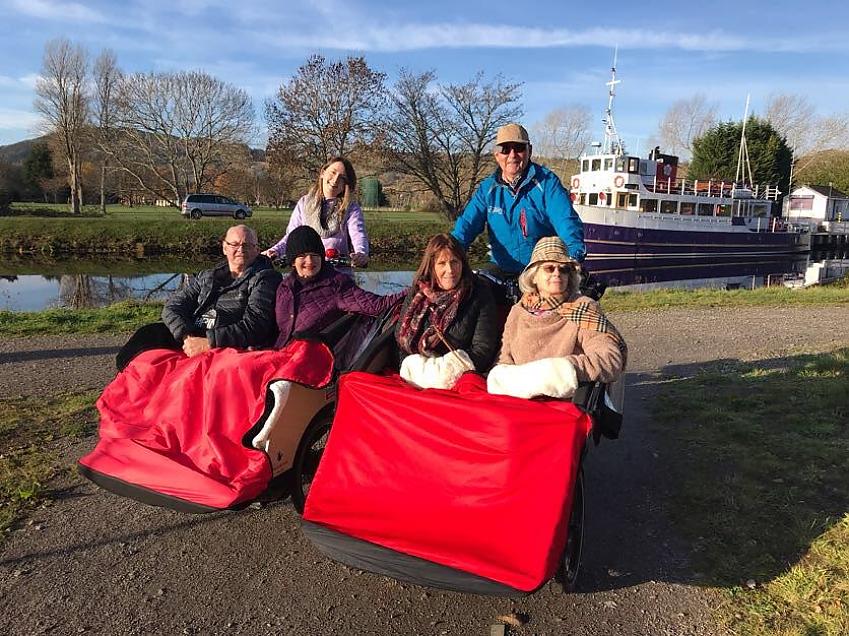 Out on a ride with Cycling Without Age Inverness

Mick was determined to grow this concept further, and formed the Inverness chapter of Cycling Without Age in early 2018. In less than a year the project has trained 31 volunteers and has three trikes with a fourth on the way – a rate of development which perfectly sums up Mick’s passion and dedication to his volunteering.

“It’s very obvious on every ride of the immediate benefit,” says Mick. “Sometimes people’s relatives are in tears at how happy they are. It’s lovely to see people improve.”

He knows first-hand the benefits of cycling for wellbeing, having suffered with depression himself.

“My coping strategy is cycling and listening to cheerful music. It gives me a great sense of wellbeing and helps me get through my periods of depression.”

Speaking with Mick, you start to realise the extent of his volunteering work. He’s formed a dynamic partnership with Dr Katie, including co-running the Own Your Streets Inverness campaign group. They’re working hard to build public and political support for better cycling infrastructure in the city. He’s also just pulled together a new project to provide home care workers with folding bicycles, following a chance conversation at a conference. 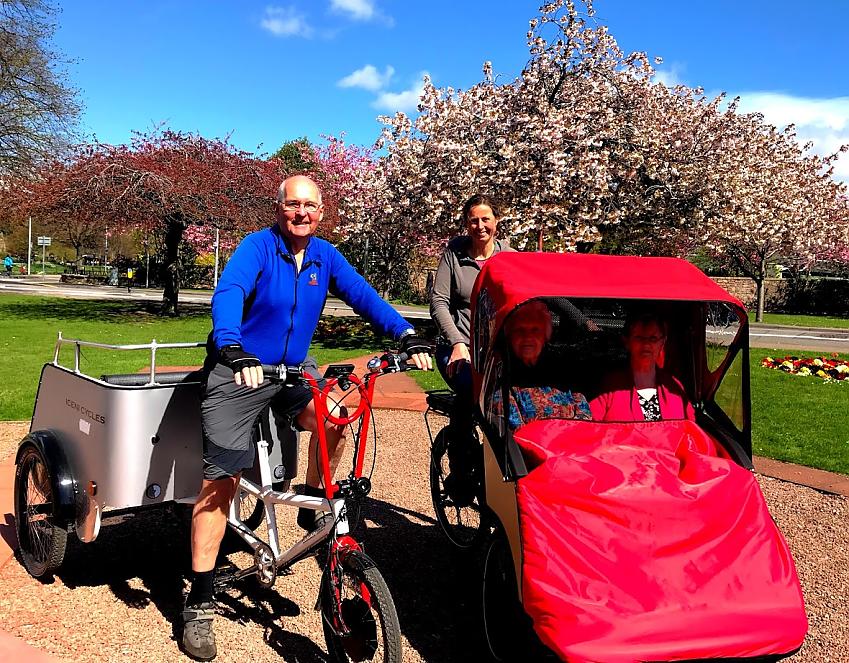 Out on a ride with Cycling Without Age Inverness

All this work culminated in Mick being named Cycling Champion of the Year for Scotland at a ceremony at Caird Hall in Dundee this month. The award is promoted and awarded jointly by Cycling UK, Cycling Scotland, Scottish Cycling and Sustrans Scotland.

Mick's tips for anyone wanting to get more involved in campaigning or volunteering?

“You can win hearts and minds with a logical outline of why something is so important. Don’t get angry, be positive about it!”

If you, like Mick, would like to change lives by volunteering for Cycling UK, please get in touch.

Velocheer: Issue 2 of Cycling UK's newsletter for all our volunteers View

Support and Development for Volunteers View