A Community Cycle Club (CCC) based out of KSIMC of Birmingham Mosque in Balsall Heath, Birmingham, has had a fantastic first year encouraging new people into cycling, and has rounded off the year with a successful sponsored ride.

In November, Balsall Heath CCC cycled out to Coventry to have lunch and rode back again, with all members wearing their club’s logo proudly. But a simple fun day out had a really commendable purpose; they managed to raise £1150, and further awareness of their growing group. The money will go back to the mosque, helping to continue various projects that provide education and support for the community.

Sajida Somani, a member of the group from its inception in April, said: “I think weather-wise we were very lucky on the day. It was fantastic to see the whole range of ages in our club coming together. I think our youngest participant was 12 years old, with lots of people from the over-50 category too.” 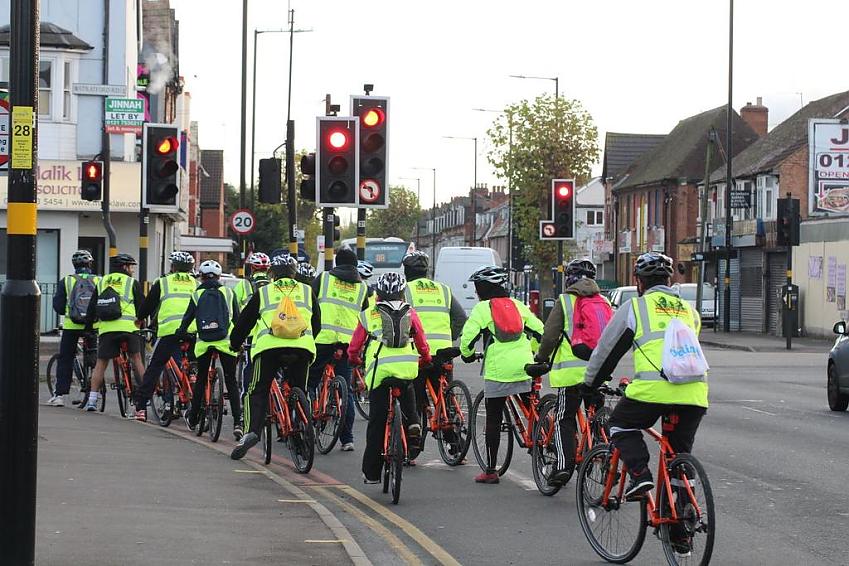 Balsall Heath CCC seems to have a special talent for bringing people together. Women and ethnic minorities are vastly under-represented in cycling in the UK, and it’s something that Sajida and club are determined to change. They’ve already had a busy first year; one of the highlights was taking part in the Women’s Festival of Cycling, linking up with two other local clubs, Share CCC (Calthrope Hub) and Ashiana CCC, for a day out for a day out along the Rea Valley Route. It’s a relationship that’s blossomed; the clubs now happily intermingle, lending each other bikes and supporting each other’s events.

It’s great that people from ethnic minorities are becoming active in establishing their own cycling groups.

Commenting on bringing more ethic minority women into cycling, Sajida said: "It’s actually happening and changing through a number of local cycling groups. It’s great that people from ethnic minorities are becoming active in establishing their own cycling groups.

“The next level is getting more people involved in led and social-rides sessions, and get people cycling in the day-to-day, such as commuting, shopping and so on.”

And Balsall Heath CCC will be there to support their members at every step. Looking ahead to next year, Sajida wants to vastly increase the number of sessions the club can offer so anyone can find the time to be involved.

She added: “We’d like to start family cycling sessions in the nearby park, so that families can enjoy cycling and spending quality time together as well as reap the health benefits.

“We’d also like to introduce maintenance workshops, just a few sessions to get members trained up in handling simple wear and tear, like fixing punctures and chains and maintaining brakes.”

Also on the map is tapping into the mosque’s established CMI group – Clifton Muslim Interfaith – to see how cycling could be a different way of encouraging stronger bonds and new friendships between people of different faiths. For the adventurous, the club is looking into day and weekend cycling trips along with cycling abroad options.

This is a group that really puts the community in Community Cycle Club.