Why we celebrate 100 Women in Cycling, and what it means to be one

Why we celebrate 100 Women in Cycling, and what it means to be one

Cycling UK's engagement officer, Anna Glowinski talks about what it means to be part of the 100 Women in Cycling celebrations

Cycling UK’s yearly celebration of 100 Women in Cycling is an opportunity to highlight the extraordinary women who promote cycling, as well as encourage and inspire others to take part. The list is generated from public nominations and can feature any woman who is going the extra mile from community champions, industry moguls, cycling influencers and sporting heroes. This wonderful pooling of people into one place showcases women from all walks of life and every corner of the cycling world.

Back in 2018, I was thrilled to be featured on the list and it was the first I had heard of Cycling UK's new initiative. I saw my name published alongside this huge pool of other women and it felt humbling and powerful to be part of and connected to. Reading everyone else’s stories I realised I was just one part of something massive, a movement that previously hadn't had a home, into which we were all contributing in our own personal ways.

There are still barriers (perceived or otherwise) preventing more women from participating in cycling. Statistically in the UK, men make nearly four times as many journeys by bike than women. Women still need further encouragement and training, as they are 17% more likely to cite fear of traffic as a barrier to cycling than men. Until we have gender parity in cycling, we cannot claim that cycling is for everyone, and until cycling is for everyone, we will not become a cycling nation with greener cities, healthier populations and happier neighbourhoods. Getting more women riding is another piece of the puzzle in making a better world by bike. 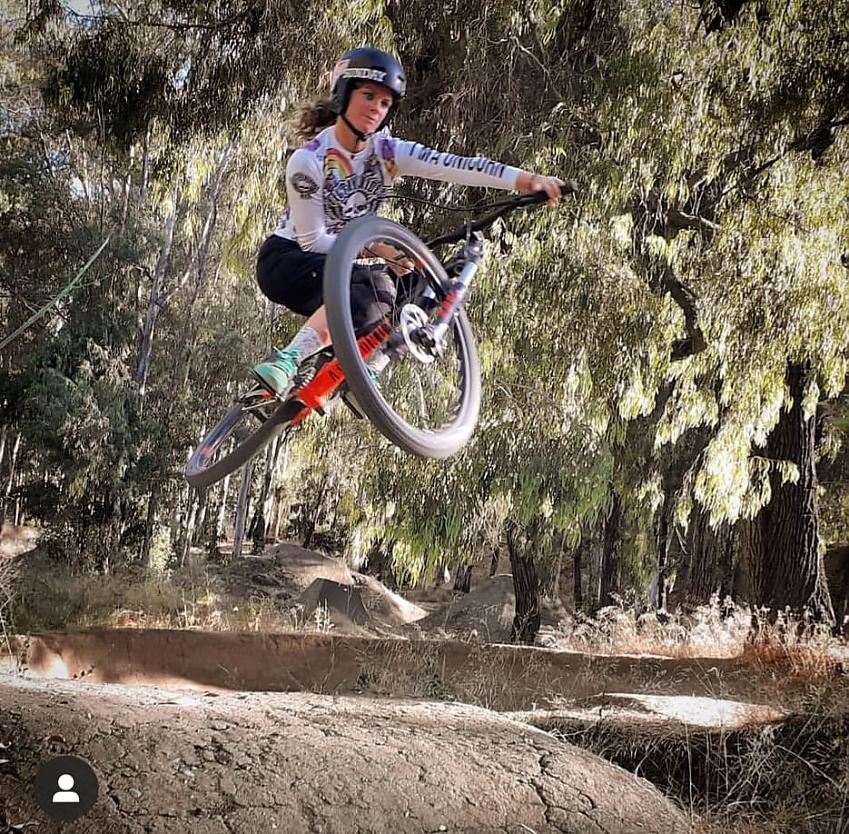 The list of 100 Women in Cycling is a fantastic celebration of those women who are all tackling the gender gap in their unique capacities year on year. Each of these women can claim responsibility for sharing the joy of cycling with other women, and making the activity accessible to those who otherwise may not have considered it.

The wonderful thing about being on this very special list is not all about BAFTA style glory; yes, it's about recognition for the contributions we have made, but it's also about paying tribute to those others in the community who are doing their thing and feeling connected to that, allowing yourself to feel valued and inspired at the same time. 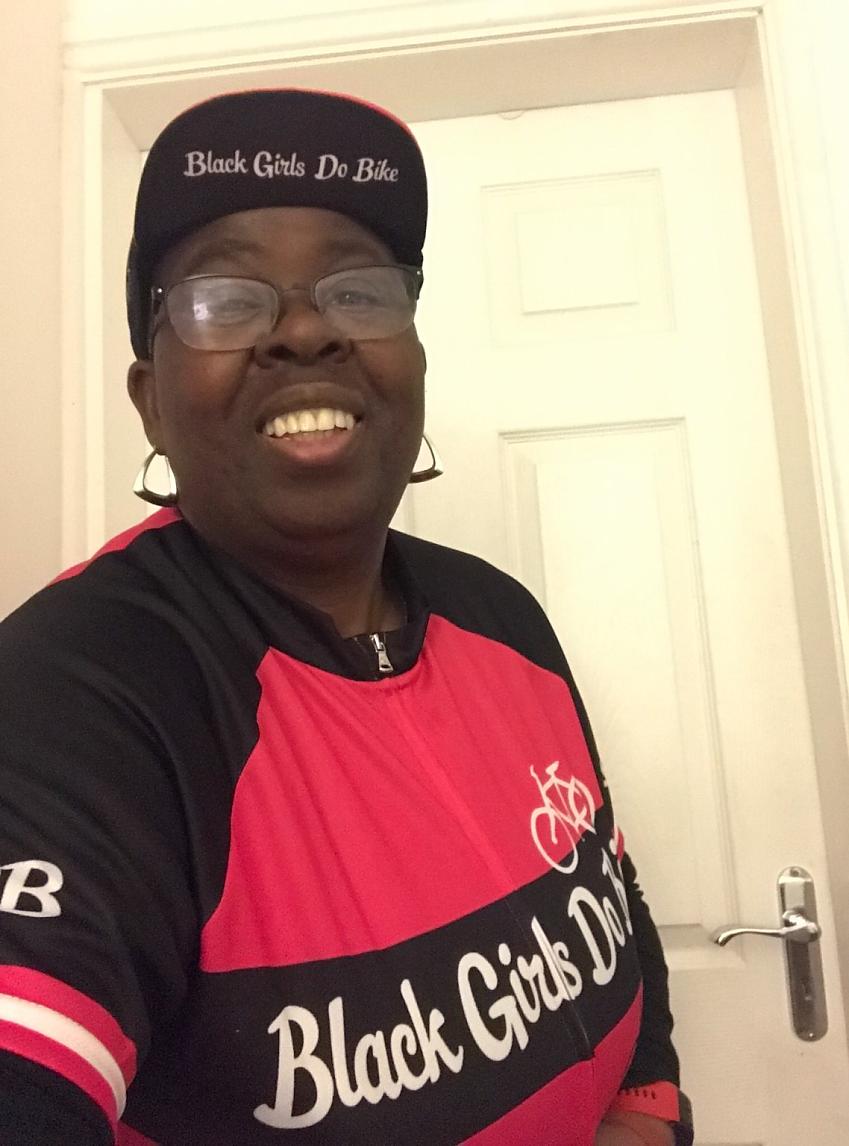 Take Lorraine Dixon for example, nominated in the inaugural year, she was chosen for her work in creating Birmingham's grass-roots cycling club the Joyful Bellas and Fellas, which welcomes men but focuses on being particularly inclusive to women. Since then, she has continued to grow her club, taken further qualifications as a bike mechanic and developed a strong connection with Cycling UK as a host for several events.

Angela Plisga from Scotland is a ride organiser for the group Belles on Bikes and was on the list in 2020. She spoke to us about the two-way street that comes from being part of 100 Women in Cycling.

Being nominated made me feel really honoured as I was totally unaware of how much I was appreciated and valued by others in our group. It highlighted to me that our cycling group offers friendship, support and a safe space for women which has positive benefits to mental health and wellbeing

Being nominated made me feel really honoured as I was totally unaware of how much I was appreciated and valued by others in our group. It highlighted to me that our cycling group offers friendship, support and a safe space for women which has positive benefits to mental health and wellbeing.

She goes on to say “All the women on the list are amazing for what they do, but what stood out for me most is by adopting a 'can do attitude' with compassion and leadership, anything is possible with determination and desire." That final “anything is possible” is what stands out for me, too. Anything, anything at all, whatever suits you, your passions, beliefs or lifestyle, it could be a desire for wild, independent adventures, for creating safer streets locally, a determination to overcome personal challenges, or for bringing people together in friendship and community. Anything is possible by bike, and Cycling UK's 100 Women represent those possibilities. 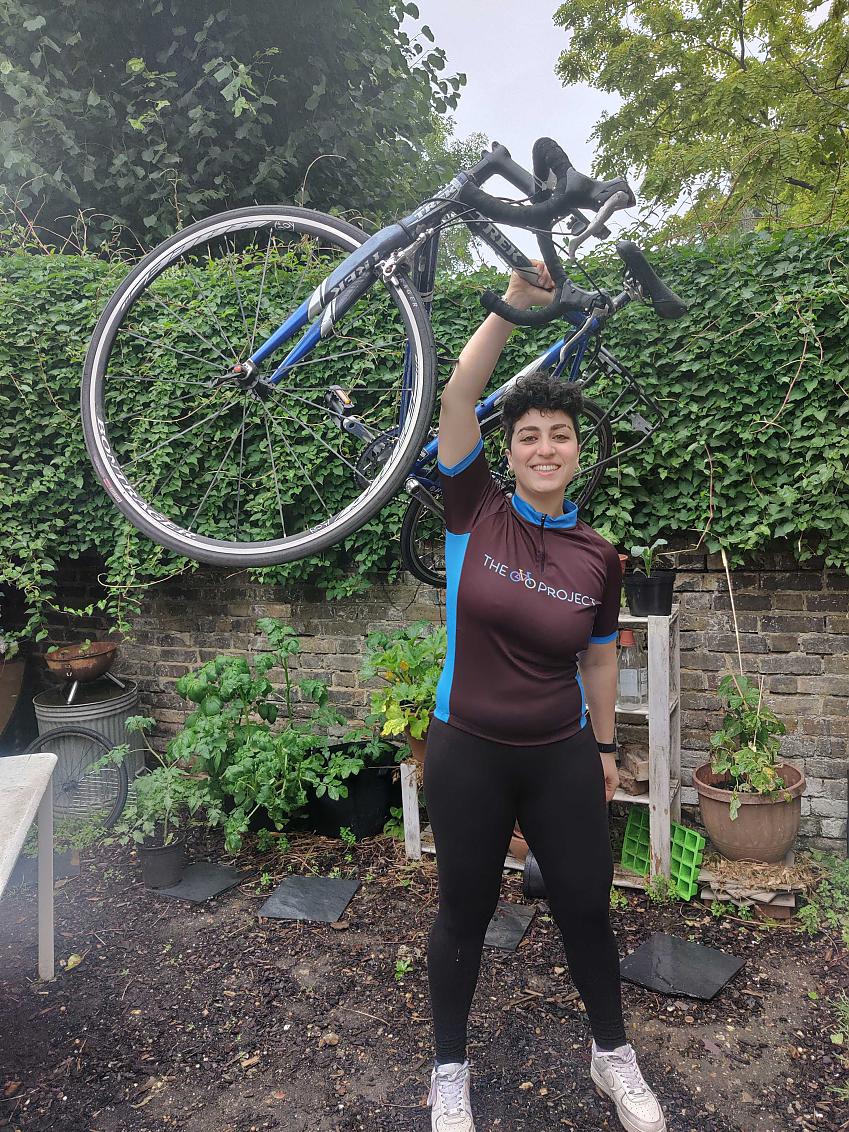 Being nominated is not only a great achievement for the individual, but can also create a shared pride for the people that you represent. Nour Jarrouj was on the list in 2020, she is originally from Syria where she set-up women's riding groups in a culture that often frowned upon the activity. She is now in the UK and bringing her passion for the bike combined with her organisational skills to refugee and asylum-seeking women, giving them freedom through cycling.

In being nominated for the 100 Women in Cycling list, Nour was representative of every Syrian and Arab woman - visible, counted, showing who they are and who they can be. Celebrating Nour means celebrating everyone who believes in her and benefits from her spirit, which in turn encourages her to continue to challenge gender norms and pave the way for others. The nomination is for Nour, but it's about everyone. She sums it up perfectly with her words about cycling: "It is my commute, my exercise, my passion, my revolution." 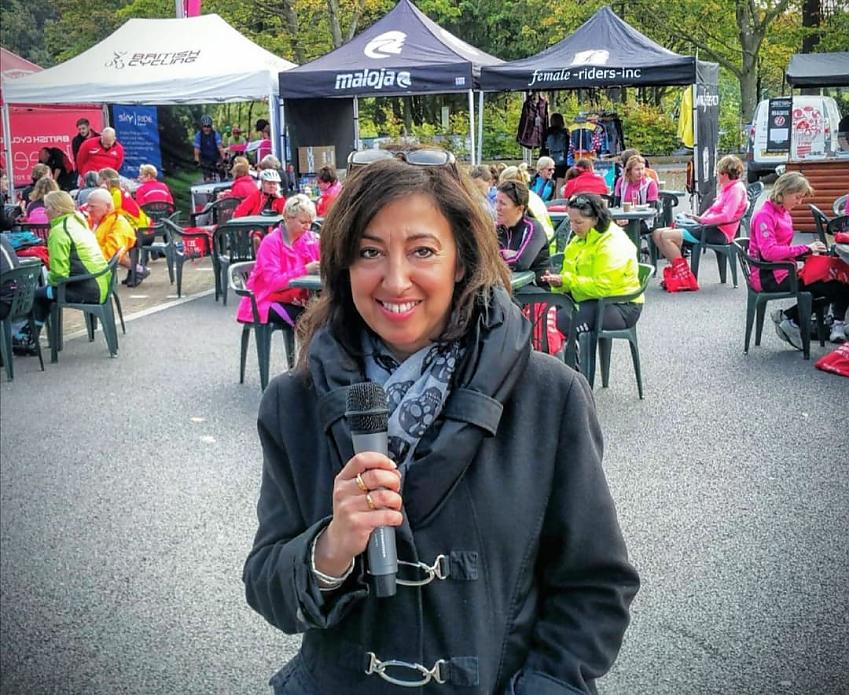 As someone deeply entrenched in the cycling community, 2020 nominee Diane Jeggo has followed the 100 Women in Cycling list from the outset, and thanks to her work as a presenter, compere and ride leader, she was delighted to find herself amongst her compatriots and idols, which was to be her “highlight of a challenging year.” Last year, everything went digital, and for Diane that meant that the nominees didn't get to meet up face to face. She said she's "avidly read their stories and followed them on social media, reading about what they have done, in their own way, for the activity that we all love, has been truly uplifting and inspirational."

So if you know a woman who has brightened your cycling life, now is the time to nominate her for 100 Women in Cycling 2021, and you know that she'll be acknowledged for her contributions and will be given her chance to be part of something much, much bigger.

WIN a piece of cycling art by Jen Lewis View