Copenhagen is well known for cycling. This week, for the first time, the number of cycles entering the city centre has officially topped the number of motor vehicles. The UK government must recognise now that creating Space for Cycling is a must if they want to fulfill their ambition of creating a 'cycling revolution'. Our Space for Cycling campaigner, Tom Guha, investigates.

For the first time since records began in 1970, there are more cycles in Copenhagen’s city centre than motor vehicles. Figures released earlier this week showed 265,000 bikes entered Denmark’s capital over the last year, as opposed to 252,600 motor vehicles. This is 35,080 more cycles than last year – representing a 13% rise.

When records began in 1970, the number of cycles was just 100,000, compared to 350,000 cars. Over the decades since, cycle use has steadily increased while motor vehicle use has gradually declined. 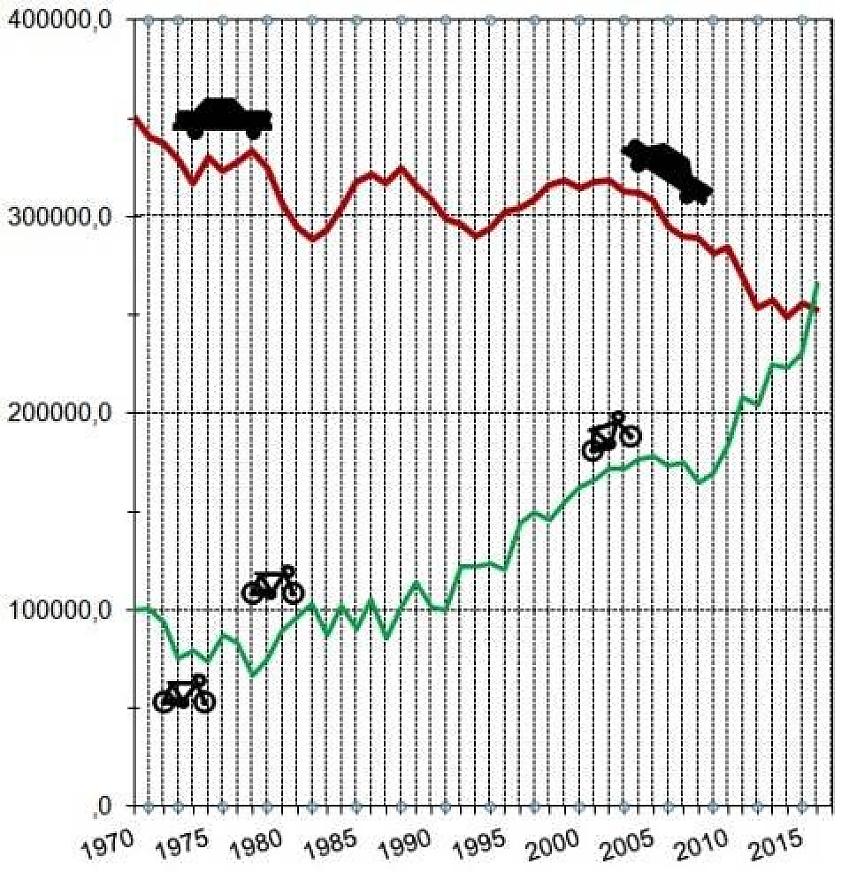 So, what has caused this trend?

Klaus Bondam, director of Danish cyclists’ association Cyklistforbundets, was pretty clear, saying that if you build safe and secure cycle infrastructure, people will use it. The Mayor of Technical and Environmental Affairs of Copenhagen, Morten Kabel, added; “it shows the investment we have made works.”

In other words, creating high quality Space for Cycling is a tried and tested way of getting people pedalling.

Motorists are deliberately opted out during budget negotiations because the solution to congestion problems is prioritising space-saving transport such as bicycles and buses, while putting cars at the back”, Morten Kabell,  Mayor of Technical and Environmental Affairs of Copenhagen

Copenhagen city centre – indeed much of Denmark – has extensive world class infrastructure for cyclists. Copenhagen has a 350km network of cycle infrastructure, which keeps cycles separated from vehicles on all major roads and creates traffic-free routes for many journeys.

To get to this point has required serious and sustained investment. Denmark spends roughly £17 per head per year on cycling projects – the vast majority going on infrastructure.

Copenhagen has already allocated the equivalent of £16.5 million (£30/head) to be spent on cycle infrastructure in Copenhagen throughout 2017. Announcing the spend, Technical and Environmental Mayor Morten Kabell said the investment was “a victory for Copenhageners who want clean air and less noise.

He went on to say that, “motorists are deliberately opted out during budget negotiations because the solution to congestion problems is prioritising space-saving transport such as bicycles and buses, while putting cars at the back”.

Just imagine a British politician making such a bold statement! While it may be some time until words like these can be seen to be politically viable over here, we can begin following in Danish footsteps. Indeed, some parts of the country already have. London has increased spending on cycling from £2 per head in 2011-12 to £18 per head over 2015/16. And, just like in Copenhagen, cycle usage has gone through the roof correspondingly. 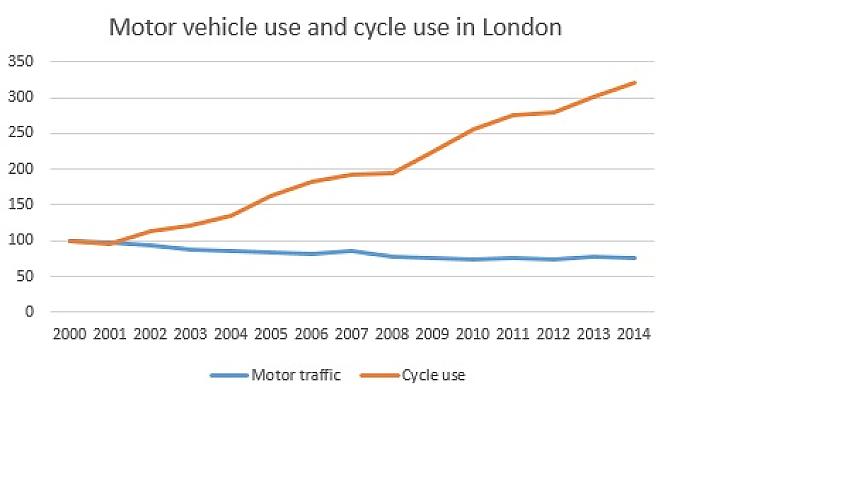 Unfortunately, the picture in England is not quite so rosy. The draft Cycling and Walking Investment Strategy allocates just £318 million to cycling and walking over the next four years. As funding streams run out, this figure amounts to just 72p per head by 2020 – roughly the same amount as the price of two pints of milk. Meanwhile, spending on motorways and trunk roads is set to skyrocket to £84 per head – enough for everyone to enjoy a magnum of champagne!

Space for Cycling is currently on tour. We have ten events taking place around the country – all are free and will cater to all levels of campaign experience. Please register and come along!