Spinning along on the Windmill Rides in Essex

Spinning along on the Windmill Rides in Essex

Cycling UK's Challenge Ride Series 2018 reached the halfway point on Sunday 24 June with the seventh event in the series, the Windmill Rides, taking place in Essex. A scorching hot day saw dozens of riders congregating in Chelmsford to tackle either the 200km or 110km routes, both of which started from Chelmer Cycle Club's HQ in Meteor Way. Challenge Ride Coordinator Julie Rand rode the 110km route with husband Roland and friend Brian.

With riders attracted to the event from far and ride, there were plenty of eager faces signing on when we arrived just after 9.30am. The longer distance riders had long gone by then, off on their journey into deepest Suffolk and the horse-racing epicentre of Newmarket. Our route was half theirs with a pleasant jaunt out through gently rolling Essex countryside northwards to places guaranteed to bring a smile to the face such as Chignal Smealy, Steeple Bumpstead and the unforgettable Helions Bumpstead (all absolutely spiffing chaps!). Tearing ourselves away from the chocolate bars and fruit laid out at the start, we lined up outside the hall with the other 30 or so riders bang on 10.00am for a photocall and a wave off from event organiser Stefan Eichenseher of Essex CTC.

Banks of roses in tidy gardens shone with dazzling brightness against the contrasting green lawns and hedges.

Riders of all ages, shapes and sizes rode together for the first few miles as we left the urban sprawl of Chelmsford behind us, before finally splitting up into smaller groups as we headed out onto the quieter country lanes. The midsummer heat was beginning to build but a lovely, cooling breeze not only assisted our progress but also meant we didn't succumb to hyperthermia, despite the intense sunshine. Banks of roses in tidy gardens shone with dazzling brightness against the contrasting green lawns and hedges. An occasional hawk fluttered up with a start from a clump of trees as we rolled along surprisingly well-surfaced lanes - we're from Surrey - following Brian's Garmin but keeping a wary eye on the detailed route instructions supplied by Stefan. He'd warned us at the start there had been a last-minute change to the route due to flooding at one of the planned checkpoints. It's tempting to just follow other riders on a ride like this but, if you do so, be prepared for the fact that they may not always know the way either - as testified by witnessing a few about-turns!

The most photographed village in the country?

Just as we were beginning to flag slightly, dreaming of thirst-quenching cold drinks and ice-creams, we arrived in the honeypot village of Finchingfield and the first control or checkpoint. According to a notice in the village centre, it's one of the most photographed in the country and it's easy to see why it attracts legions of motorcyclists, cyclists, and other visitors: there's a beautiful green and a duck pond set against the backdrop of a gently rising road flagged by white houses and topped with a square-shaped church steeple. Sitting inside the relative cool of the bus shelter, an Essex CTC volunteer stamped our brevet cards to verify we'd been here before we gulped down some refreshments.

Suitably restored, we headed away from the crowds and passed the stunning Spains Hall, an Elizabethan country house built in the early fifteenth century and named after Hervey de Ispania, who owned the manor at the time of the Domesday Book in 1086. From there, it was more and quieter winding lanes until we reached the Bumpsteads (no sniggering) and then the second control at Castle Camps - no stamp here but a question about the village sign. By this point, several familiar faces from earlier in the ride had reappeared, including William and his dad Floyd. Floyd had been encouraged to come along by experienced rider and colleague Tom but hadn't done a lot of cycling recently. He was struggling somewhat but, by contrast, William took off like a rocket, eager to eat up the miles before lunch. He absolutely flew along, thoroughly enjoying his first ever Challenge Ride and not especially concerned about Dad trailing in his wake.

Saffron Walden went by in a blur - it seemed like a beautiful if crowded place - before a welcome rest and lunch at the Comrades Cycle Club hut near Henham. There, more wonderful volunteers provided us with tea, coffee, an array of tasty snacks and, more importantly, the incredible news that England were beating Panama 6-0 in the World Cup!! After stuffing chocolate cake and sausage rolls down, it was tempting to lie down in the shade and snooze for a while but there were still about 40km to go. Nevertheless, not more than a mile away we spotted the Cock Inn, the quintessential English village pub in Henham, which amazingly is only a few miles away from Stansted Airport. Who could resist a cooling cider sitting outside in the beer garden? After all, the Challenge Rides aren't races - as long as you are back before the controls close, nobody cares how long you take and everybody who finishes takes home a medal and some wonderful memories of a great day out with new friends in cycling made.

Thank you to Stefan all the wonderful volunteers from Essex CTC who gave up their time to make the Windmill Rides such fun.

There are six more Challenge Rides in this year's series - which one will you take part in? 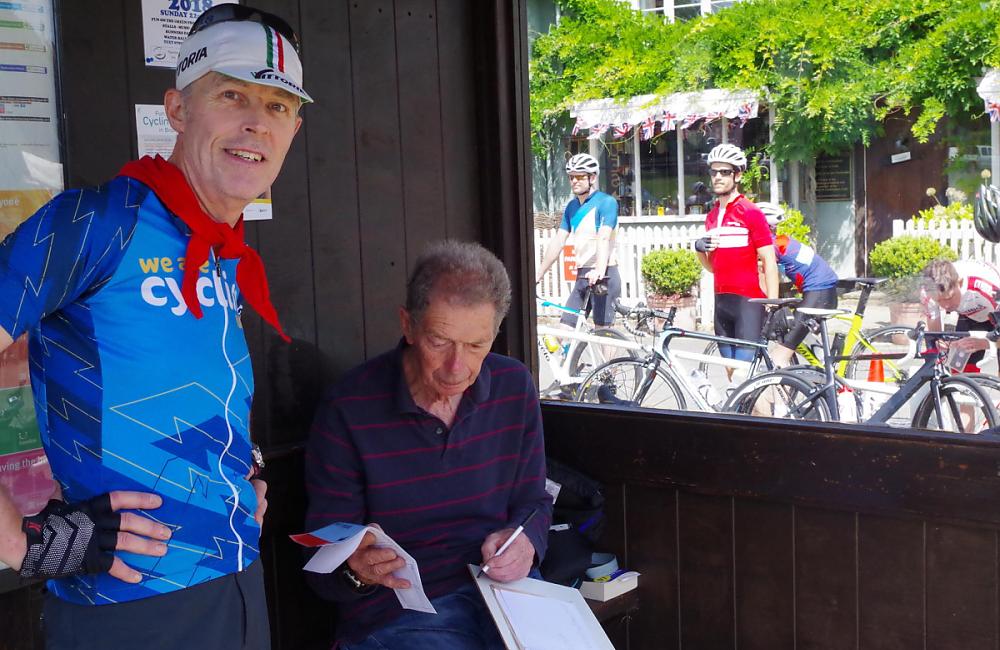 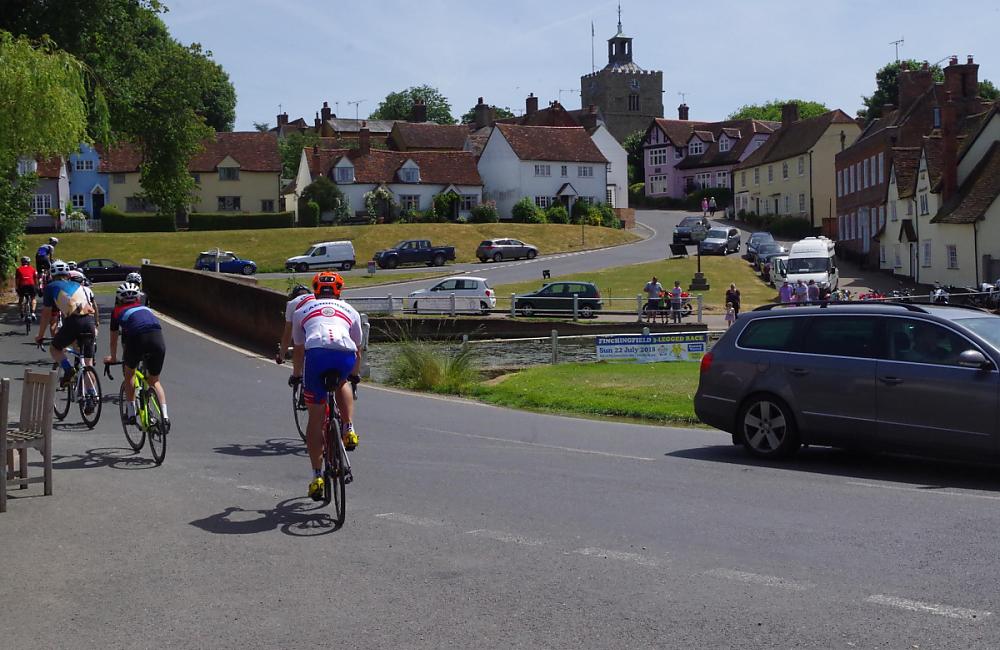 Training for a 100 mile cycle ride View
You too can champion cycling in the UK
Give your support today to help Cycling UK’s charitable work tomorrow. We double every pound you give through other sources to help change lives and communities through cycling.
Volunteer now