We are the Sheffield Slobs, an informal riding group whose rides are as short and easy as we can make them. But once a year we do a longer ride. In 2016, we chose the Trans Pennine Trail.

From Southport, we took the lovely old Cheshire Lines route. In Aintree, we diverted from it to the beach at Crosby to see the amazing Anthony Gormley ‘Another Place’ installation. Then we joined the Leeds and Liverpool Canal, passing the Stanley Dock Tobacco Warehouse, the largest brick building in the world. We emerged on the waterfront by Liverpool’s ‘Three Graces’ – the Liver building, the Cunard building, and the Port of Liverpool building.

Back on the main route, we headed south on a green corridor before turning east, leaving the Loop Line to follow the Mersey inland through pleasant parkland. The last section followed
the canal to Warrington, home of Cycle Facility of the Month and 20’s Plenty. 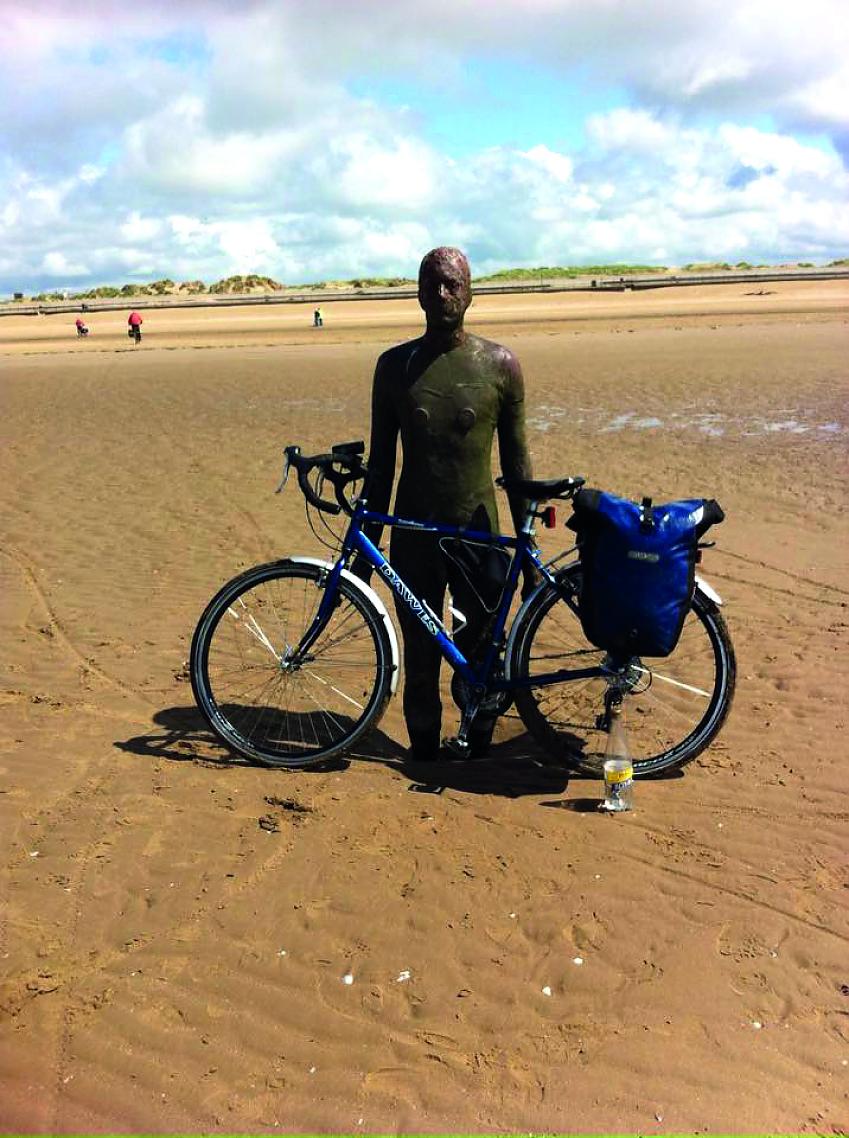 Next day, we set off for Manchester. It was lovely and flat at first, passing through Tame Valley Country Park.

The route then climbs over the Pennines using Saltersbrook, one of the packhorse routes used to bring salt over from Cheshire. A rapid descent got us to Wortley, where we stayed overnight and were regaled with tales of the Dragon of Wantley (Google it!).

The next day we drifted down the Dearne Valley to the outskirts of Doncaster, passing the former Earth Centre, then made our way north on trails and quiet roads. Strawberries could be bought at the roadside.

Some Trans Pennine Trail volunteers from Hull guided us through their city, showing us the preparations for Hull City of Culture on the way. Thanks, guys! We finished at Hornsea, where I’ve never had better fish and chips.

Cycle Magazine, August / September 2017 View
You too can champion cycling in the UK
Give your support today to help Cycling UK’s charitable work tomorrow. We double every pound you give through other sources to help change lives and communities through cycling.
Volunteer now
Join Cycling UK to help us change lives and communities through cycling
Membership gives you peace of mind insurance, discounts in cycle shops, rides & routes
Join now